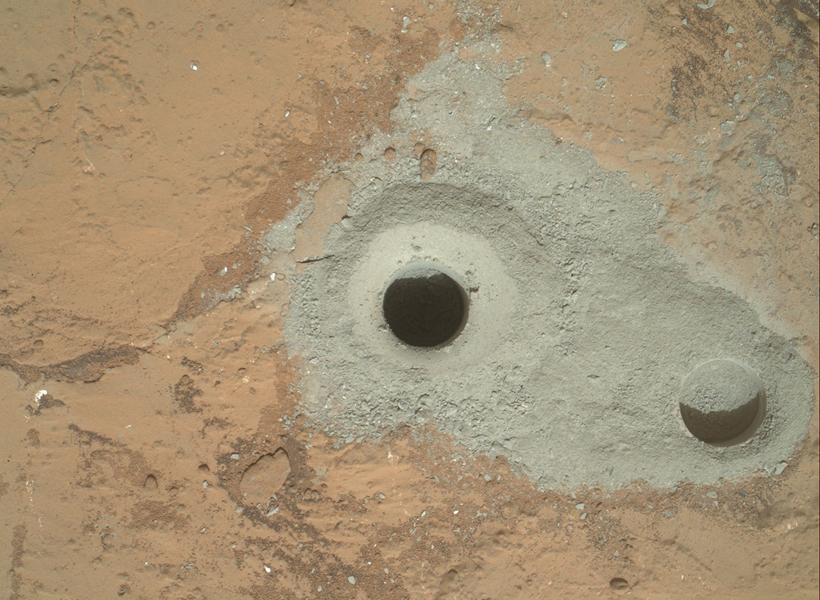 At the center of this image from NASA’s Curiosity rover is the hole in a rock called “John Klein” where the rover conducted its first sample drilling on Mars. Image credit: NASA/JPL-Caltech/MSSS

Do Martian rocks taste nice? We can now ask that question of the Mars Science Laboratory, otherwise known as Curiosity.  Well, we could if Curiosity had tastebuds.

Curiosity is our latest and greatest rover on Mars, a 900 kg drilling, scooping, atmosphere-sniffing, snap happy mobile science station with a top speed of about 4 centimetres per second on flat ground.  Landing on Mars on the 6th of August 2012, Curiosity has spent the first 6 months of its mission testing out its ten scientific instruments, as well as giving us lots of pretty pictures of Mars along the way.  Earlier this month, Curiosity drilled a 6.4 centimetre deep hole into a rock named “John Klein” and then put the powdered rock produced by the drill into its scoop. 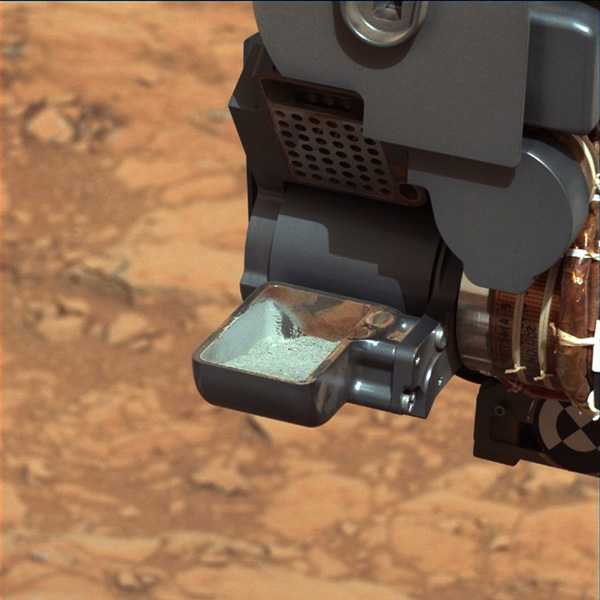 Two of Curiosity’s instruments, CheMin (Chemistry and Mineralogy) and SAM (Sample Analysis at Mars), received the rock powder to analyse.  This is the first time ever that we’ve analysed a sample from inside a rock on another planet!

Mission scientists hope that Curiosity’s meal will help us to understand more about the composition of the rocks on Mars and how they were formed and changed by the Martian environment over millions of years.

Hopefully munching into these old dusty rocks won’t give Curiosity a belly-ache.

More information on the JPL website here and here.

Previous post:
Wormhole Wednesday
Coming up next:
Can you legislate a social licence to operate?