Our new nano fabric could be a viable new solution in dealing with environmental disasters like oil spills. 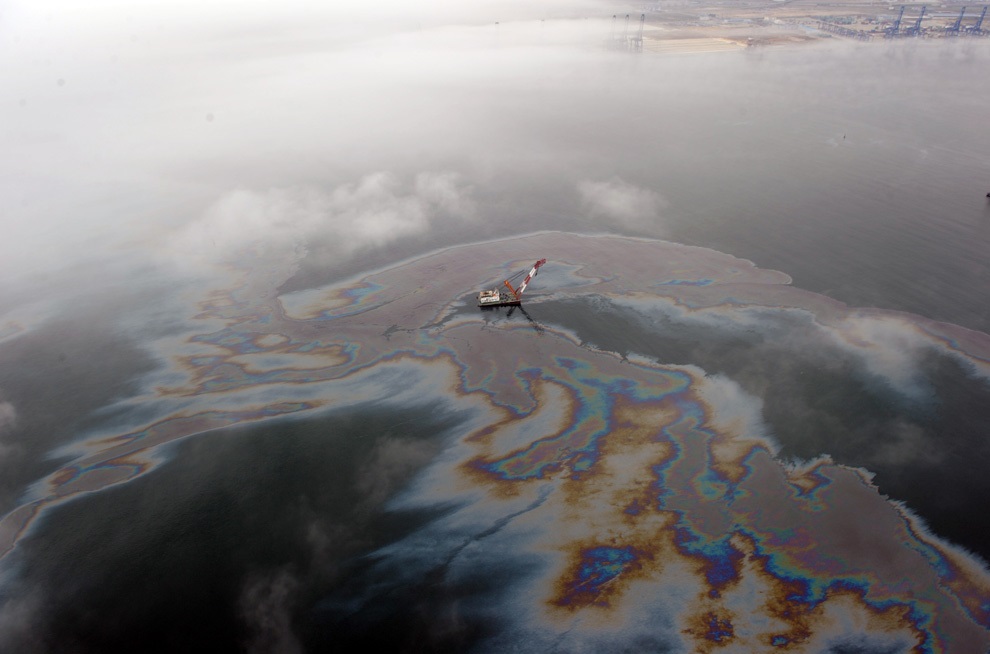 When it comes to environmental disasters, oil spills rate among the most devastating. They can have a ravaging effect, posing a huge threat to our land and marine ecosystems.

One of the worst of these was the 2010 Deepwater Horizon oil spill, which released about 4.9 million barrels of crude oil into the Gulf of Mexico. For many, images of blackened water birds and struggling marine life are still etched in our minds.

The good news is that one day it could be much easier to tackle these destructive oil spills, thanks to a new multipurpose fabric developed by researchers from Queensland University of Technology (QUT), CSIRO and RMIT. The fabric, which is covered with semi-conducting nanostructures, is able to repel water while at the same time attracting oil. Testing showed that it was effective at mopping up crude oil from the surface of both fresh and salt water.

In more good news, the chemistry and processes behind the new material are not particularly complex. According to our researcher Dr Louis Kyratzis this means, in principle, the fabric could be produced on a large scale with relative ease.

“Using our approach, the fabric is relatively easy to make in quantities that can cover very large areas. This would make it viable to use in serious scenarios like oil spills.

“Because it is in a fabric format it is also easy to deploy, then collect after it has been used.” 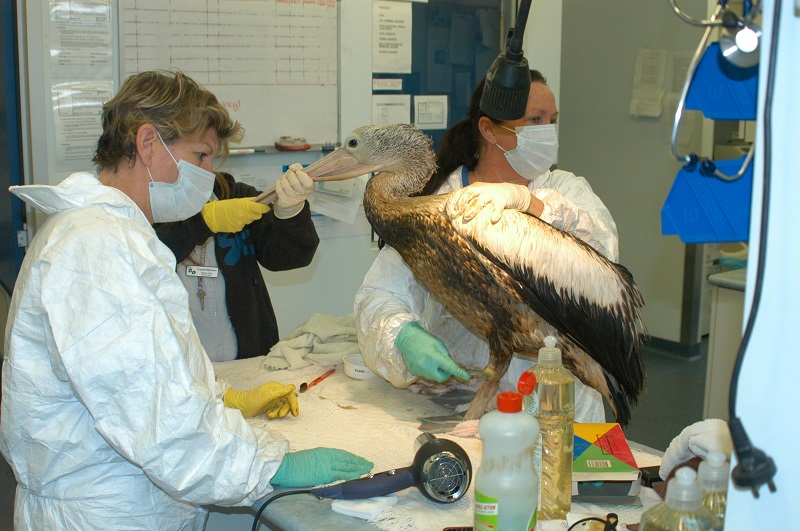 Cathy Gilmore and Jo Bird of Australian Seabird Rescue de-oiling an Australian Pelican at Tighes Hill RSPCA. The impacts on marine life after an oil spill can be long lasting and catastrophic. Image credit – Doug Beckers/Flickr

In order to make the fabric, the team took a commercially available nylon that had a layer of silver woven into it. They then dipped this fabric into a vat where a copper layer was electrochemically deposited onto it.

With the copper coating, they converted the fabric into a semiconducting material along with another solution that causes nanostructures to grow on the fabric’s surface – the key to its enhanced properties.

The nanostructures are like tiny rods that cover the surface of the fabric. Water runs straight off it, but the rods attract and hold oil.

While the ability to mop up major oil spills provides arguably the greatest opportunity, the fabric is also effective at separating ordinary olive and peanut oil from water. This means it has the potential to address less dramatic everyday oil spills, like those that happen on your kitchen countertop.

Now that the team has shown the material to be chemically robust, they will investigate how well the nanostructures can withstand tough wear conditions.

Read more about our work in Chemicals and Fibres.

The research was published in the journal ChemPlusChem.

Previous post:
IceCube and the tale of the Big Bird neutrino
Coming up next:
Was Tasmania’s summer of fires and floods a glimpse of its climate future?