A powder so porous it fits the surface area of a football field in a teaspoon. MOFs have lots of potential uses but they've been too unpredictable, until now. Our breakthrough discovery means MOFs can have a wide range of optical, sensor and microelectronic applications. 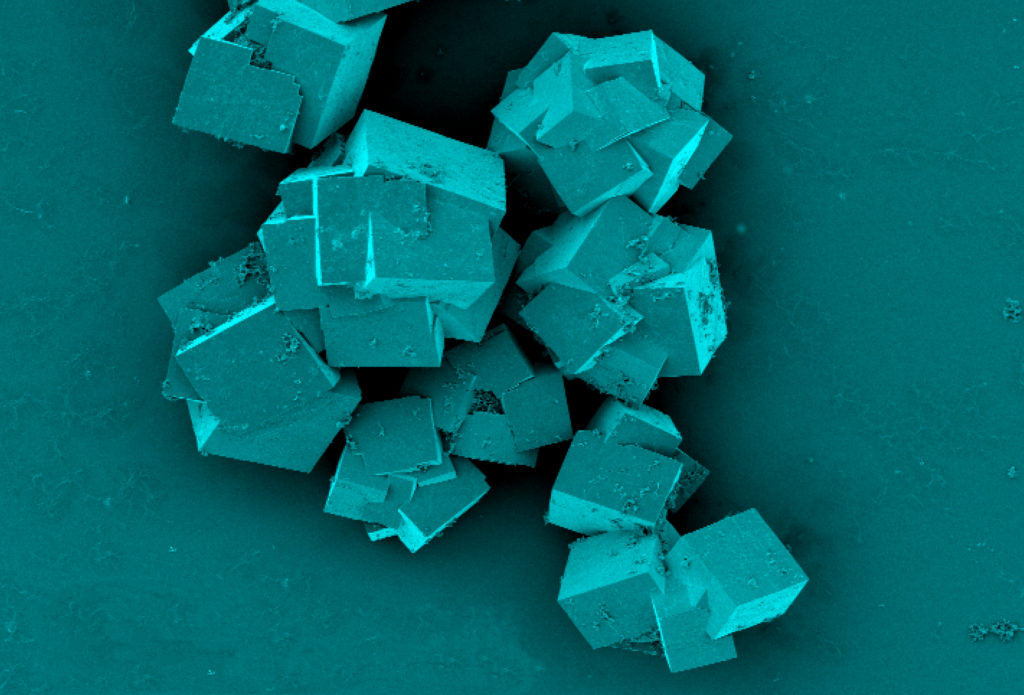 Up close and personal: a microscopic look at metal organic framework crystals

A powder so porous that it can fit the entire surface area of a football field in a teaspoon. It sounds like something from Back to the Future, but for our scientists it’s the norm.

They’re called Metal Organic Frameworks, or MOFs, and are crystalline materials that grow in random directions. Because of this unpredictability, they can be difficult to control and integrate into functional devices. That is, until now.

The main challenge with manufacturing crystals is that in order to control their growth, you must first find a compatible substrate that aligns with the crystal. It’s not as easy as it sounds, because the substrate must be compatible with the structure and size – down to the atom – of the crystal.

We, along with researchers from Japan and Austria, have found and now use such a substrate. Excitingly, this exact finding had been the one thing holding the scientific community back from integrating MOFs into functional devices. Now we can grow individual crystals all aligned into continuous film.

In order to test if the MOFs were actually in alignment, the researchers used a polarisable fluorescent molecule. It was a similar technique to flashing a light in a tunnel, whereby you can see if the tunnel is continuously straight and the light keeps shining into the distance. Or if the tunnel curves, the light will hit a surface and finish.

So what does this mean for MOFs in a real-world setting?

It means they can be used in a wide range of optical, sensor and microelectronic applications.

For biomedicine it could mean a simpler, faster way of developing vaccines and pharmaceuticals. Or more opportunities to create implantable medical devices that give real-time information about a patient’s health.

MOFs can also be developed on centimetre wide film to become a molecular level on/off switch. This means there are new opportunities for sensors, where a piece of clothing for instance could be impregnated with a coating which detects the build-up of dangerous gases.

Interested in partnering with us? Find out how we’ve been applying these clever MOF crystals to other industries, including potential opportunities for your business.

Previous post:
Your smartphone knows a lot about you, but what about your mental health?
Coming up next:
Australians can have zero-emission electricity, without blowing the bill