Looking for links between Indonesian Throughflow and Australia’s climate

Looking for links between Indonesian Throughflow and Australia’s climate

CSIRO scientists will today head to the Ombai Strait and Timor Passage to collect data vital to understanding how an ocean current in the region affects Australia’s climate and weather.

Almost two years ago CSIRO oceanographers deployed moorings in one of Australia’s and globally important ocean currents, the Indonesian Throughflow, which connects the Pacific and Indian Oceans through the complex system of islands.

The moorings will be recovered, their data will be uploaded to the ship’s computers and then they will be returned to the water for a further 18 months.

Leading the research team on board Australia’s Marine National Facility research vessel Southern Surveyor, is oceanographer Dr Bernadette Sloyan who is a specialist in ocean circulation with CSIRO’s Wealth from Oceans Flagship.

“The heat and fresh water carried by the Indonesian Throughflow are known to affect both the Pacific and Indian Oceans, and so understanding the physical and chemical make-up is important for the future management of natural resource,” Dr Sloyan said.

“The current consists of several different layers that occur at different depths, which weave their way through the complex island network; where there are a variety of seabed landscapes affecting the currents, from broad shallow shelves to deep basins.”

“We know very little about how this ocean current changes across the seasons and this will be the first time we look at data from these moorings, which have been in place for two years.”

The moorings consist of sensors recording temperature, salinity, and ocean current,   spanning the region from the continental margin to off-shore in water depths of over three kilometres.

These moorings are part of the Australian Government funded Integrated Marine Observing System (IMOS). Given the importance of the Indonesian Throughflow to Australia’s climate, IMOS intends to undertake long-term monitoring of the two main passages.

Dr Sloyan said IMOS has provided over $1 million in funding to support this work, which will complement existing IMOS observations being collected from the Northwest shelf, Great Barrier Reef, and the East Australian Current.

The research team will also conduct oceanographic sampling and mapping work to create a three-dimensional image of the sea floor in sections of the Timor Passage and the Ombai Strait in the area of the moorings.

The work is being undertaken with the cooperation of Timor-Leste, who will have two observers on the research voyage.

Australia’s Marine National Facility research vessel, Southern Surveyor,is owned and operated by CSIRO, and is available to all Australian scientists. 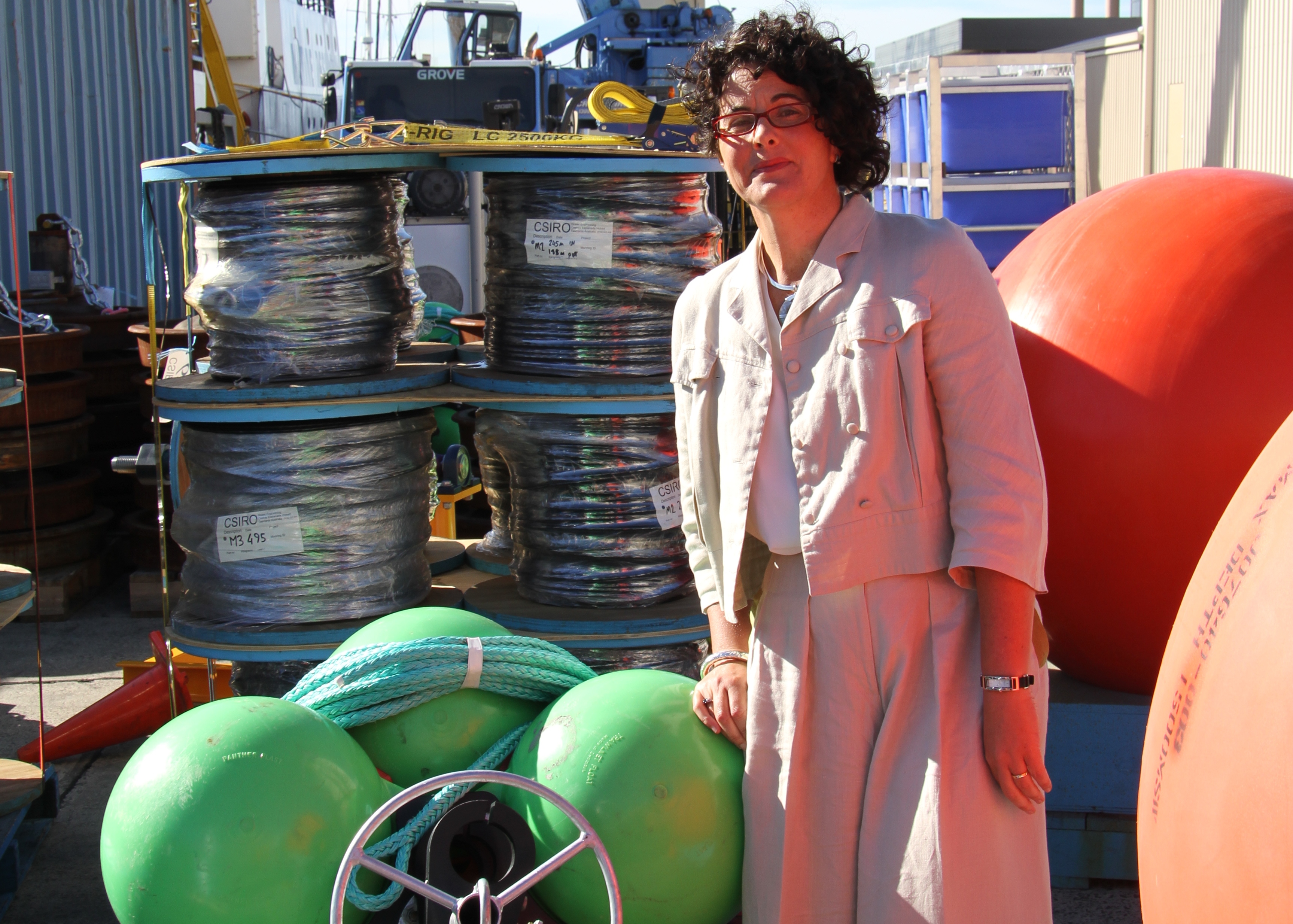 Dr Bernadette Sloyan next to moorings that were deployed along the East Australian Current earlier this year, as part of the IMOS network. The moorings in the Ombai Strait and Timor passage are also part of the IMOS funded network.

Previous post:
Investigator is coming along very nicely!
Coming up next:
Call the cable guy!