We’re pretty proud of our ASKAP radio telescope and even prouder since finding out that its new receiver technology has won a national Engineering Excellence Award from Engineers Australia.

The awards celebrate the accomplishments of some of the  finest engineering organisations and individuals in the world – so at the moment we’re feeling particularly special!

Our award winning receiver (known as a phased array feed or PAF) was recognised for its revolutionary technique in receiving radio astronomy signals. You could think of it as a ‘radio camera’ although it’s a fair bit bigger than your normal DSLR, and it allows astronomers to view a large part of the sky all at once.

This excites astronomers (and why wouldn’t it), as it will transform sky surveys by more than a factor of 20 when compared to traditional receiver technologies. This means more of the sky is able to be observed, at a far quicker rate and at a far better resolution than has ever been the case previously. 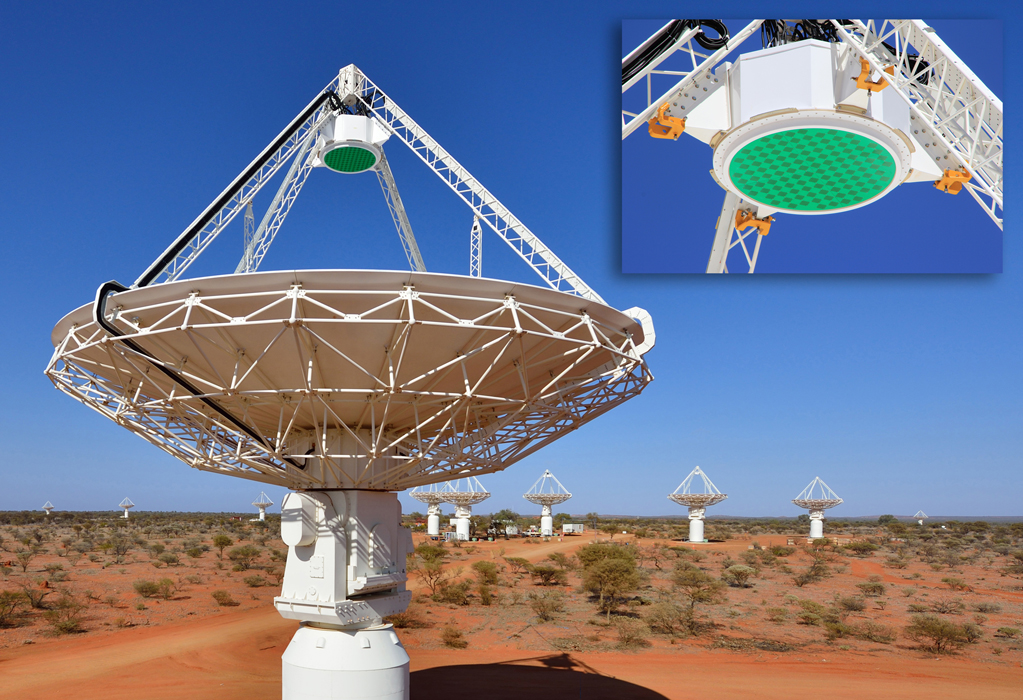 Our ASKAP telescope in Western Australia with its PAF receiver highlighted top right of image.

Regular readers of this blog will know that we’ve talked about our work with PAFs before. This post by Sarah Hegarty neatly sums up the PAFs many astronomical benefits (and also shows us what the centre of our galaxy looks like in radio waves).

But that’s not all (not by a long shot). PAF technology could be extremely useful in fields outside of radio astronomy too – fields that rely on quick and effective imaging.

Medical and security screening applications are just two potentially relevant areas. It may be that one day we get a PAF scan – and not an x-ray, MRI or ultrasound.

It really is extremely early days for this technology though and we will just have to wait and see how these non-astronomy applications develop. So you really will have to ‘watch this space’. Gettit?

Previous post:
Self-driving cars and autonomous robots: where to now?
Coming up next:
How mo can you grow?