Growing a Garden of Dishes

Growing a Garden of Dishes

Since the groundbreaking ceremony in February 2010, the two new communication antennas at the Canberra Deep Space Communication Complex (CDSCC), have seemingly grown out the farmland soil in the Tidbinbilla valley on the outskirts of the nation’s capital.

The antennas known as Deep Space Stations 35 and 36 (DSS35/DSS36) are part of an expansion program to extend the capabilities of NASA’s Deep Space Network (DSN). 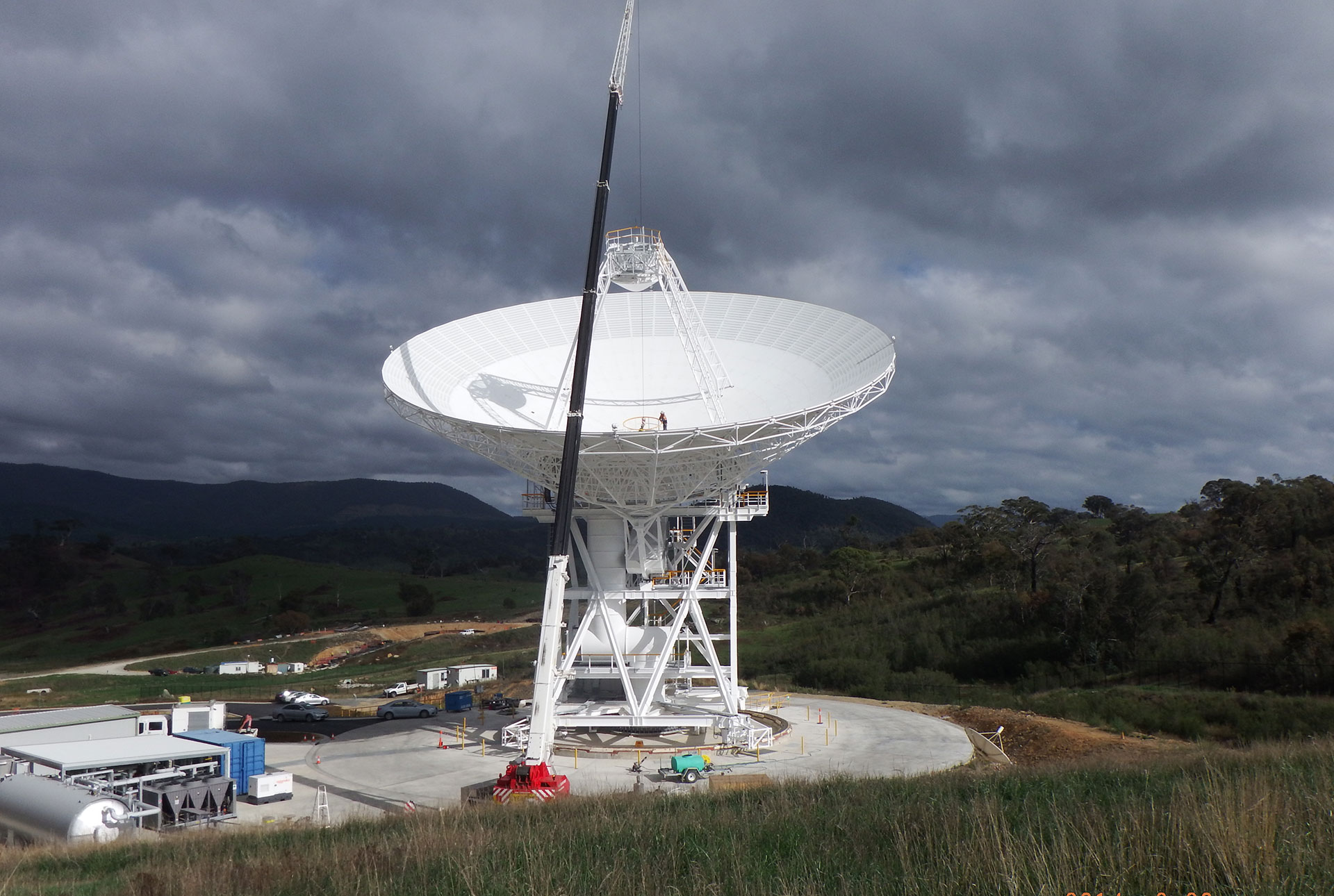 A worker in the centre of the DSS35 dish is dwarfed by the scale of the 34 metre wide dish.

The DSN recently celebrated 50 years of providing continuous two-way communication for the fleet of robotic spacecraft exploring our solar system and beyond. Rather than sitting back on its laurels though, the DSN is busy looking towards the next 50 years and the expected increase in traffic in deep space.

The Network operates three sites around the world, in Goldstone, California; Madrid, Spain; and Canberra, Australia. Each site features a number of antenna dishes with highly sensitive receivers and powerful radio transmitters. Combinations of 70 metre and 34 metre antennas provide the link between Earth-bound scientists and their robotic counterparts. Each antenna may communicate with three to ten spacecraft each day, relaying commands or receiving data. Every mission would like more time, but there are a limited number of dishes around the world and only 24 hours in a day. 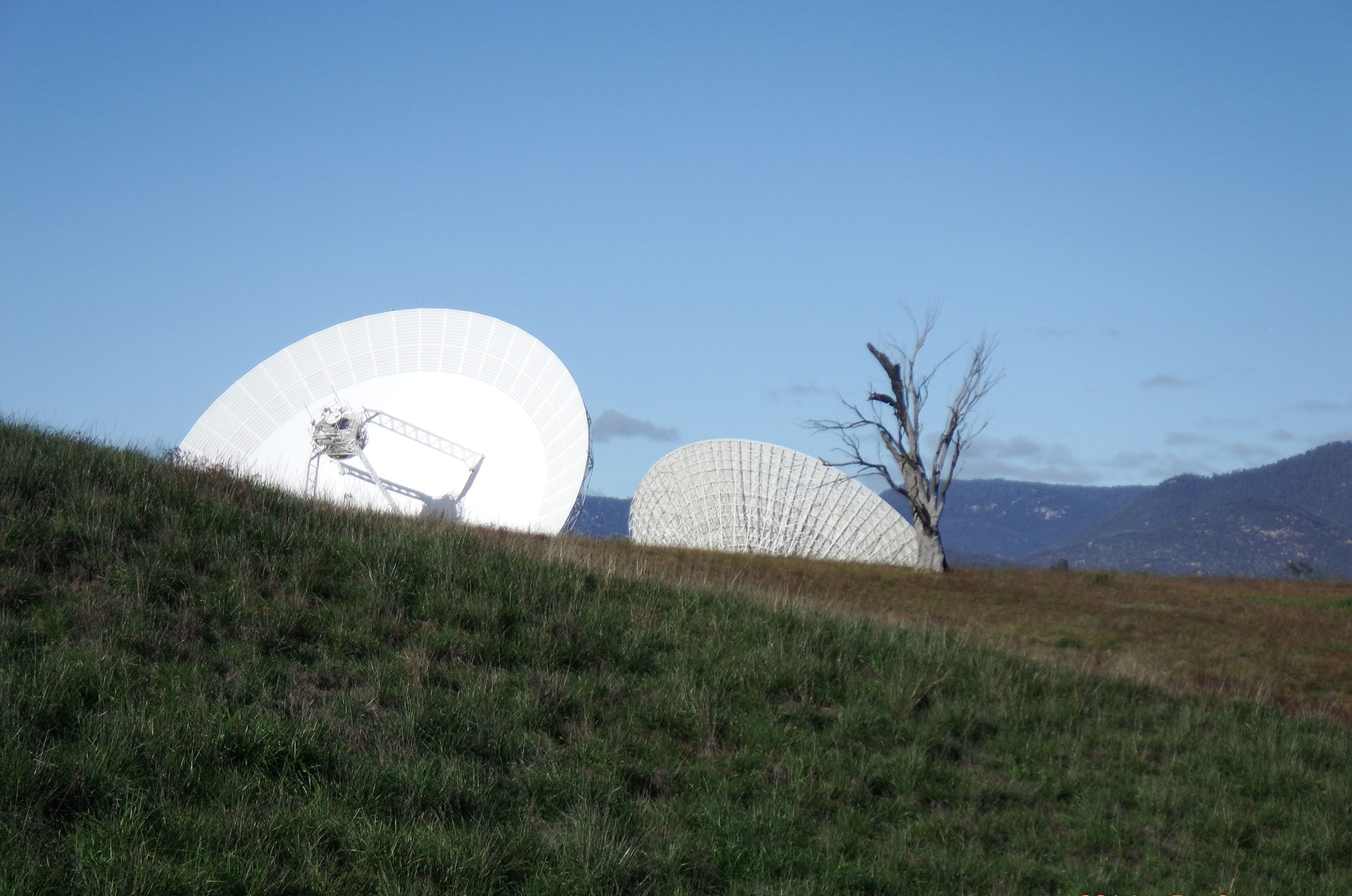 DSS34 (left) and DSS43 peak above the ground in this view from the new antenna construction area.

To overcome the shortfall, NASA is adding additional capacity to each Complex by building new antennas and developing new operational architectures through improved computer systems. CDSCC is the first to take advantage of these expanding capabilities through an investment by NASA of $110 million over six years (2010-2016).

As reported previously, Deep Space Station 35 is nearing completion and will be ready for operation in October this year. Now its sibling dish, DSS36 is rapidly taking shape.

The third beam waveguide antenna to be built at Tidbinbilla (DSS34 was constructed in the 1990s), half of the antenna structure is located underground. Electronics are housed in a 2-storey deep concrete cylinder, isolating the sensitive systems from radio frequency interference. Locating the antenna’s transmitter and receiver systems below the surface simplifies the operation and maintenance of the dish, reducing weight in the structure and improving safety for personnel who would otherwise need to work at heights. 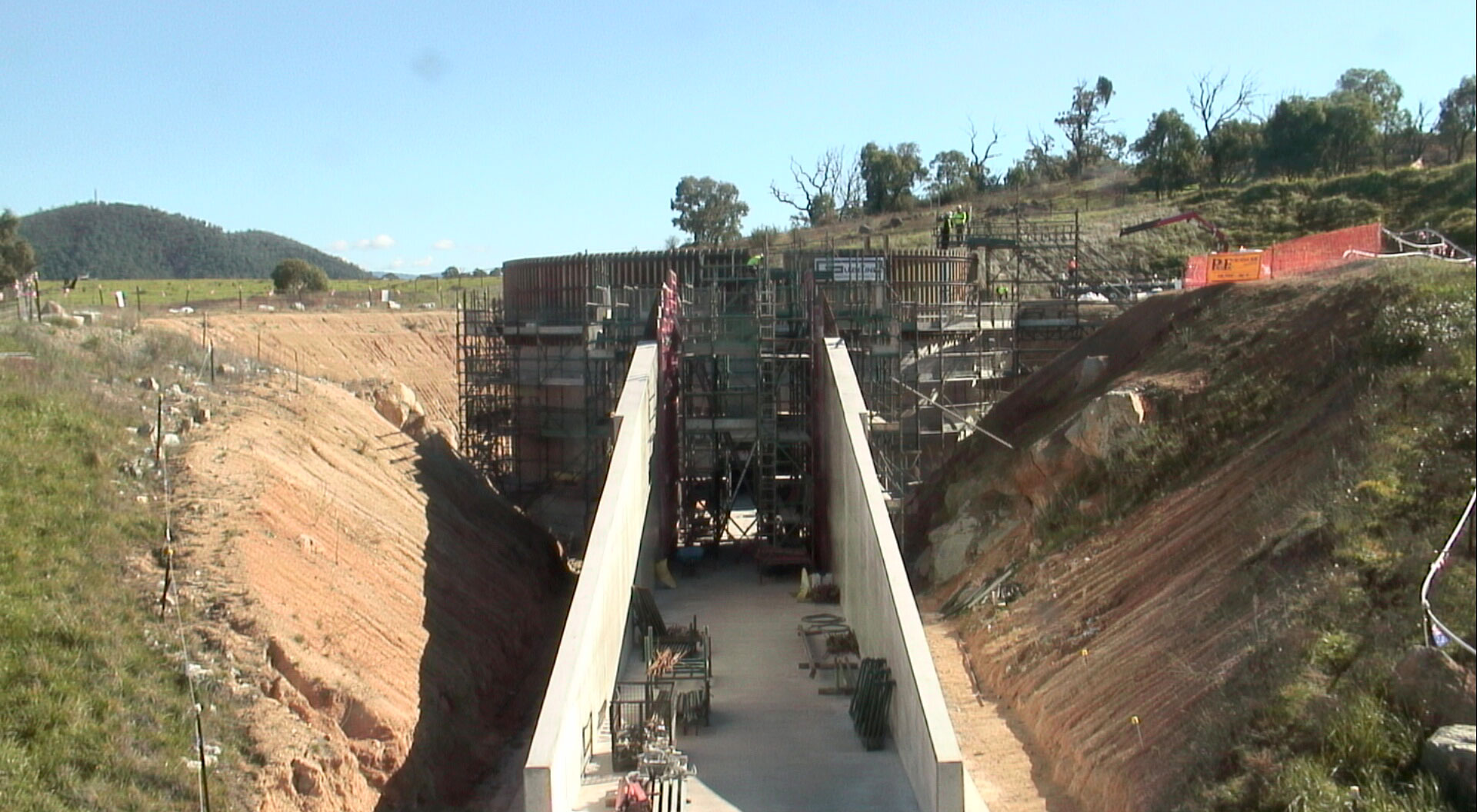 Webcam view of the ramp and base pedestal under construction.

DSS36’s base pedestal started construction earlier this year and is rapidly taking shape. Built almost like a layer cake, the 1.5 metre thick walls of the cylinder have been poured in ring sections on top of the nearly 2 metre deep concrete base. Heavy reinforcing going through and connecting each layer makes it seem as if the antenna is taking root, literally growing out of the ground. 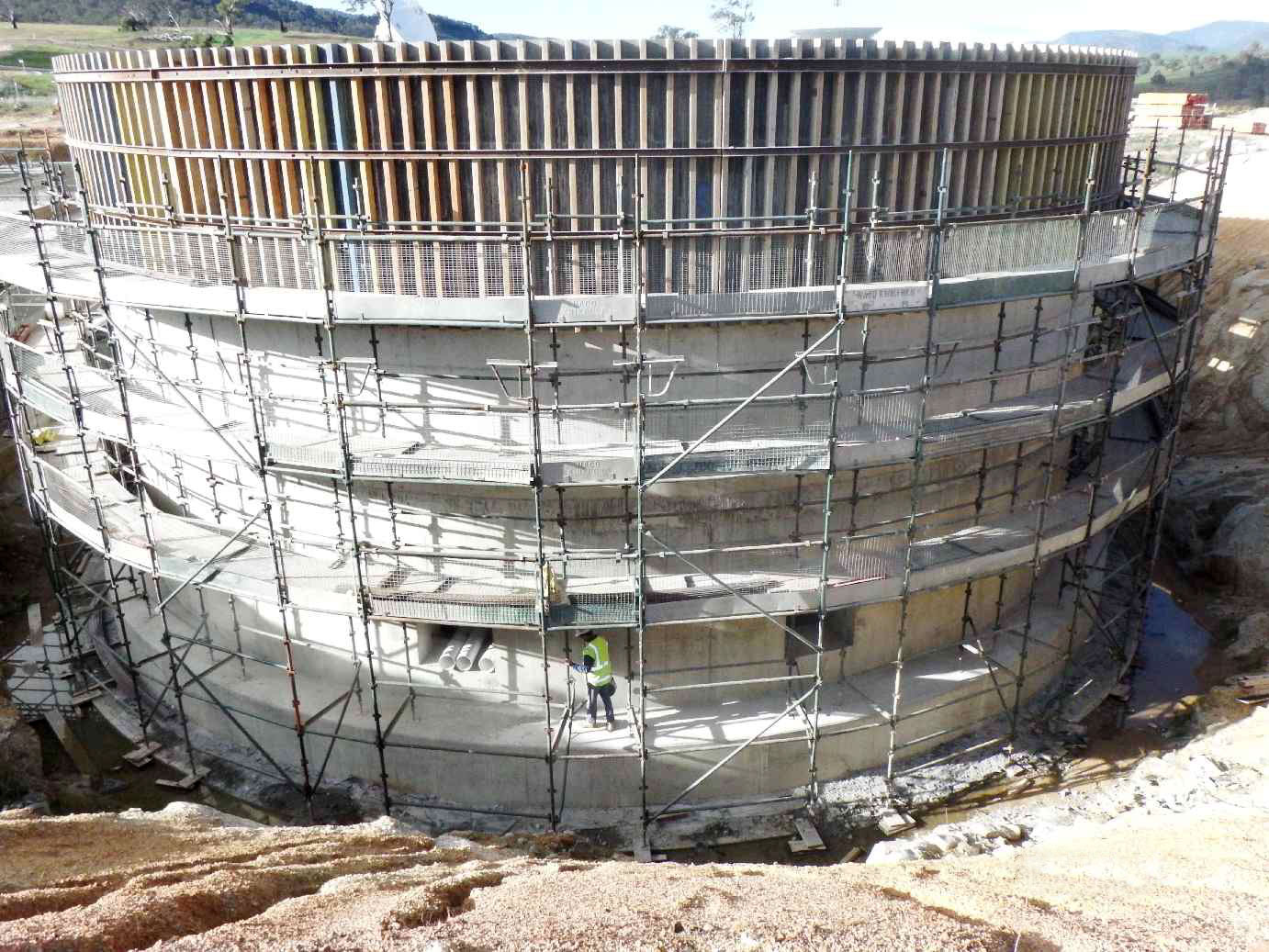 The walls of DSS36’s pedestal are grown layer upon layer.

A ramp connecting the underground chamber to the surface and providing access for personnel and vehicles is also being constructed. Once the roof is poured to cap off the cylindrical pedestal in July, the excavated area around the base will be backfilled with alternating layers of rock, sand and soil to provide adequate drainage and firmly embed the structure in the landscape.

From there, just like its older sister antennas, the above ground antenna structure will grow over the next two years. On the current schedule, DSS36 will be ready to come online for deep space tracking duties in October 2016.

The DSN antenna ‘gardening’ program doesn’t stop with these two new dishes. The Madrid complex will be planting one new 34 metre beam waveguide antenna starting in late 2015 and NASA plans call for another dish (DSS33) to be grown in Canberra in the 2018-2020 timeframe.

The Canberra Deep Space Communication Complex is managed on NASA’s behalf in Australia by the CSIRO. Funding for the operation of the complex and construction of the new antennas is funded from the NASA budget.

Previous post:
What’s going on below the deck?
Coming up next:
MinuteEarth video on the Marine National Facility and Investigator!