From the red heart into the blue sky

From the red heart into the blue sky

Journeying to the alien red landscape of central Australia, scientists from France, Canada and Australia launched three scientific instruments into the skies, helping to unlock the secrets of Earth's upper atmosphere and peer into the invisible reaches of interstellar space.

Journeying to the alien red landscape of central Australia, scientists from France, Canada and Australia launched three instruments into the skies, helping to unlock the secrets of Earth’s upper atmosphere and peer into the invisible reaches of interstellar space. 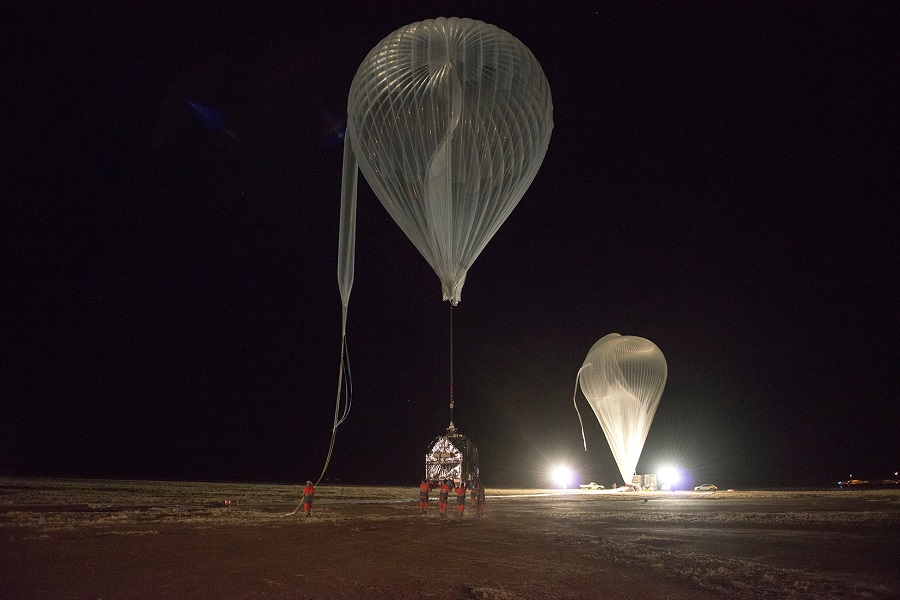 CLIMATE and CARMEN payloads suspended below their auxiliary balloon with the primary high-altitude balloon tethered in the background. Credit: CNES/OMP/IRAP/UT3/CNRS/Sebastien CHASTANET

There’s nowhere quite like Australia’s red centre. Not only is it beautiful, the weather is predictable and there are large areas of accessible land between towns. Add in appropriate infrastructure and you’ve got the perfect place to conduct a series of high-altitude balloon launches!

For the past 40 years, the Alice Springs Balloon Launching Station (ASBLS) has been used by NASA and several other international space agencies to send massive, gossamer-like, helium-filled balloons to the edge of space. Recently, 70 scientists travelled from France and Canada to send three instruments or ‘payloads’, CLIMATE, CARMEN* and PILOT*, into the stratosphere.

But why? For CLIMATE the aims was to study of concentration of greenhouse molecules in the upper atmosphere, while for CARMEN it was to provide imagery of the stratosphere to measure aerosol, cloud, smoke and dust. And for PILOT, the goal was to perform infrared observations of dust grains in the interstellar medium, the material between the stars in a galaxy.

The payloads, weighing 270, 790 and 1,100 kilograms respectively, were designed to operate at altitudes between 30-40 kilometres. At these heights, winds would slowly carry the payloads towards the landing zone over the Queensland border near Longreach. Commands sent from the ground would ensure a controlled descent to Earth for recovery.

ASBLS was established by the United States space agency NASA and is managed by our ‘NASA Operations’ team based at Tidbinbilla, Canberra. We partner with the University of New South Wales (UNSW) to manage the launch, cruise and recovery operations and provide oversight of all Australian regulatory requirements including civil aviation and import controls. 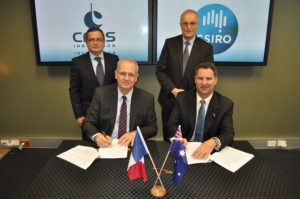 CLIMATE and CARMEN were first onto the launch pad located on fenced land inside Alice Springs Airport, adjacent to the ASBLS facility. Launching separately, each mission had to wait several days for ideal flight weather conditions.

Starting several hours before dawn, the payloads and their massive balloons were moved to the launch pad. Each balloon, with a skin literally as thin as the clear food wrap you might use at home, were slowly filled with helium to gently inflate them. The smallest tear would scrub the mission.

Looking like alien jellyfish as they floated above the ground, the auxiliary and primary balloons would ultimately inflate to between 70-100 metres in diameter when at ‘float’ altitudes of 33-37 km.

Released into the still morning air, both payloads took several hours to reach their optimum altitudes and commence operations. The data collected by the CLIMATE and CARMEN instruments will add to our understanding of the effects of human activity on the atmosphere and its impacts on climate change. 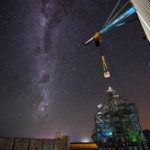 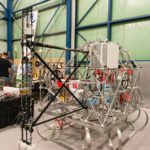 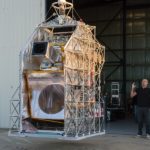 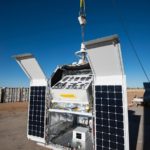 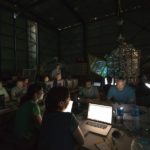 Scientists in the main hangar working on the payloads
Show descriptionHide description
The ASBLS main hangar served as headquarters and workshop for the French/Canadian teams. CNES/OMP/IRAP/UT3/CNRS/Sebastien CHASTANET 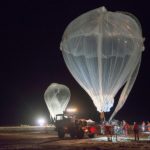 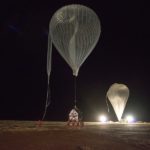 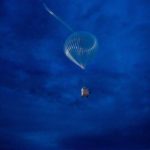 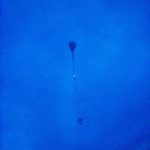 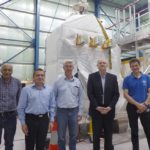 “It was an honour to host the French space agency president, Mr Le Gall, at the Alice Springs site,” said Dr Kruzins. “He could see first-hand the result of the agreement he signed with CSIRO last year, and meet with the French and Canadian scientists and the Australian operations teams making these missions possible.”

A few days after Mr Le Gall’s visit, the PILOT mission was ready to go. Ascending into the pre-dawn light, PILOT disappeared beyond the scattered cloud cover heading to a float altitude of 39.5km and a full inflation diameter of 126m! The one-tonne infrared telescope is designed to map the magnetic polarisation of dust clouds in our galaxy.

When the universe was formed, it was criss-crossed by gravitational waves and these left an imprint. The aim of the PILOT program is to understand this imprint and build on models that scientists have developed to explain the very formation of the universe.

The infrared observation program was successfully completed and PILOT was commanded to land later the next day south-west of Longreach. Recovery teams moved in a few days later to retrieve the payload and balloon with the support of the local farmers on the property where PILOT had been predicted to land.

While very tired after the three-flight campaign, the international science and local operations teams were extremely happy with success of each mission.

The completion of the French space agency’s campaign is not the end of the story however. We are currently in discussions with the Japanese space agency (JAXA) to follow on from their 2015 flights out of Alice Springs with new missions from the red heart of Australia and into the blue, on a gossamer balloon, in 2018.

We’re at the forefront of astronomy and space science in Australia, find out more about how we’re exploring the universe.

Previous post:
Critical critters of the ocean: Our precious plankton
Coming up next:
Interronauts | The CSIRO Podcast