fishIDER, a new tool to improve fisheries management in Indonesia

fishIDER, a new tool to improve fisheries management in Indonesia 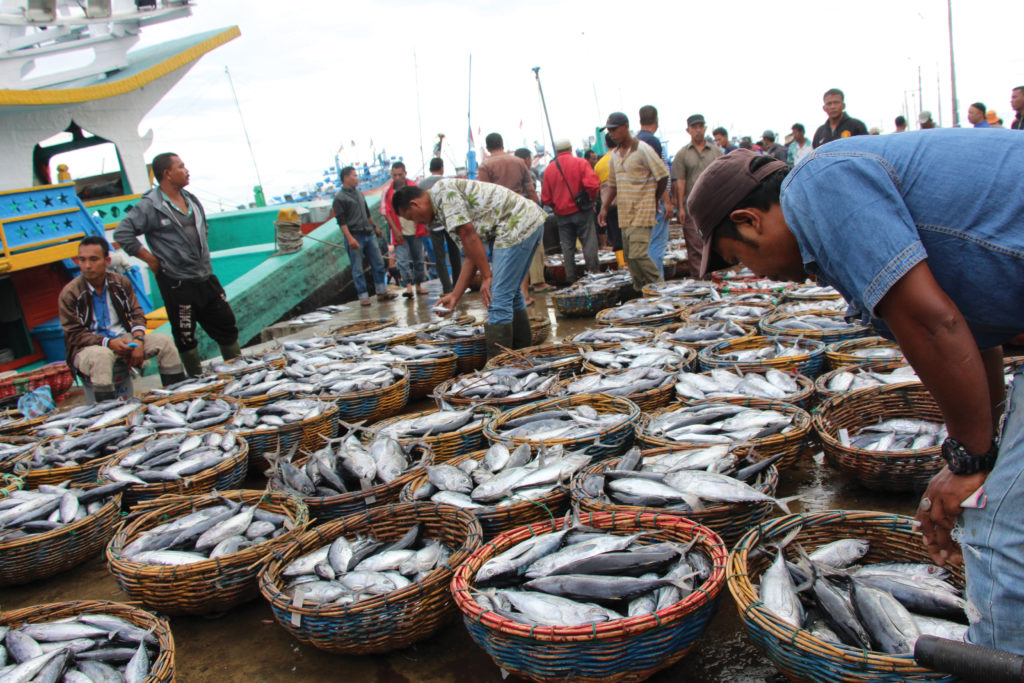 Launched this week at the high-level government meeting, Our Ocean Conference 2018 in Bali, is fishIDER. fishIDER is a bilingual (Bahasa Indonesian and English) website. It aims to help with fish species identification by staff from fisheries agencies tasked with collecting catch data in fish markets and landing places in Indonesia.

Indonesia is one of the largest maritime nations and fish producers in the world. The marine catch for Indonesia is over 6.2 million tonnes based on 2015 statistics.

It is fundamental to accurately identify fish species that have been captured. The catch data collected are used to generate stock assessments. These inform important management decisions, such as catch quotas and maximum sustainable yields.

Funded by the Australian Centre for International Agricultural Research, fishIDER has been developed by combining knowledge, specimens and resources held in the Australian National Fish Collection in Hobart at Australia’s national science agency, CSIRO, in collaboration with Indonesia’s Agency for Marine and Fisheries Research and Human Resources.

Indonesia is the fourth-most-populous country in the world. About 70 million people are estimated to live in poverty, if measured by international standards, despite Indonesia’s poverty rate the being at its lowest in history. For many people, fish is a vital source of protein and the nation’s food security depends on fish products.

The fishing industry is also vital for Indonesia’s economy. It employs more than 12.3 million people, according to a 2016 report.

Improving the ability of fisheries staff to accurately identify fish species in markets is a high priority for regional fisheries management organisations such as the Western and Central Pacific Fisheries Commission and the Indian Ocean Tuna Commission.

Fisheries staff who collect fish catch data are primarily officers of the Marine and Fisheries Agency at the provincial, regency, municipal and district levels, and officers of port authorities. Data collection staff are also employed in various non-governmental organisation programs operating in Indonesia. Data on catches are collected from most landing sites and fishing ports daily, or at least several times per week.

If identifications made by fisheries staff are correct, the stock assessments will be more accurate. If monitored and enforced, this can help move towards sustainable fisheries.

Conversely, if the catch data collected by fisheries staff include incorrect species information, the stock assessments generated could suggest that less or more fish are being caught than is actually the case. This could result in the fishery being underutilised or overexploited.

Challenges on the ground

Fisheries staff have been equipped with identification field guides. But these guides all portray fish in their freshest condition, with live colours and markings usually visible. This does not represent how fish typically appear in the market.

Species pages include interactive keys for identifying fish to species level, and information on their ecology, distribution and importance to local fisheries.

The illustrated glossary is an important resource for users to improve their understanding of taxonomic terms.

Included in this first stage of fishIDER are about 60 pelagic species, including the tunas and mackerels, billfish and sharks. These species are among the most important food fish species groups in Indonesia and the accuracy of identification for these species needs urgent improvement.

This collaborative project not only helps Indonesia achieve a stronger capability in fisheries monitoring, but also benefits Australia’s fisheries management. Many fish resources have wide ranges across multiple countries. Therefore improvements to management of fish stocks in the region will help improve food security into the future.

Previous post:
The search for the source of a mysterious fast radio burst comes relatively close to home
Coming up next:
Protecting the ‘right to be forgotten’ in the age of blockchain