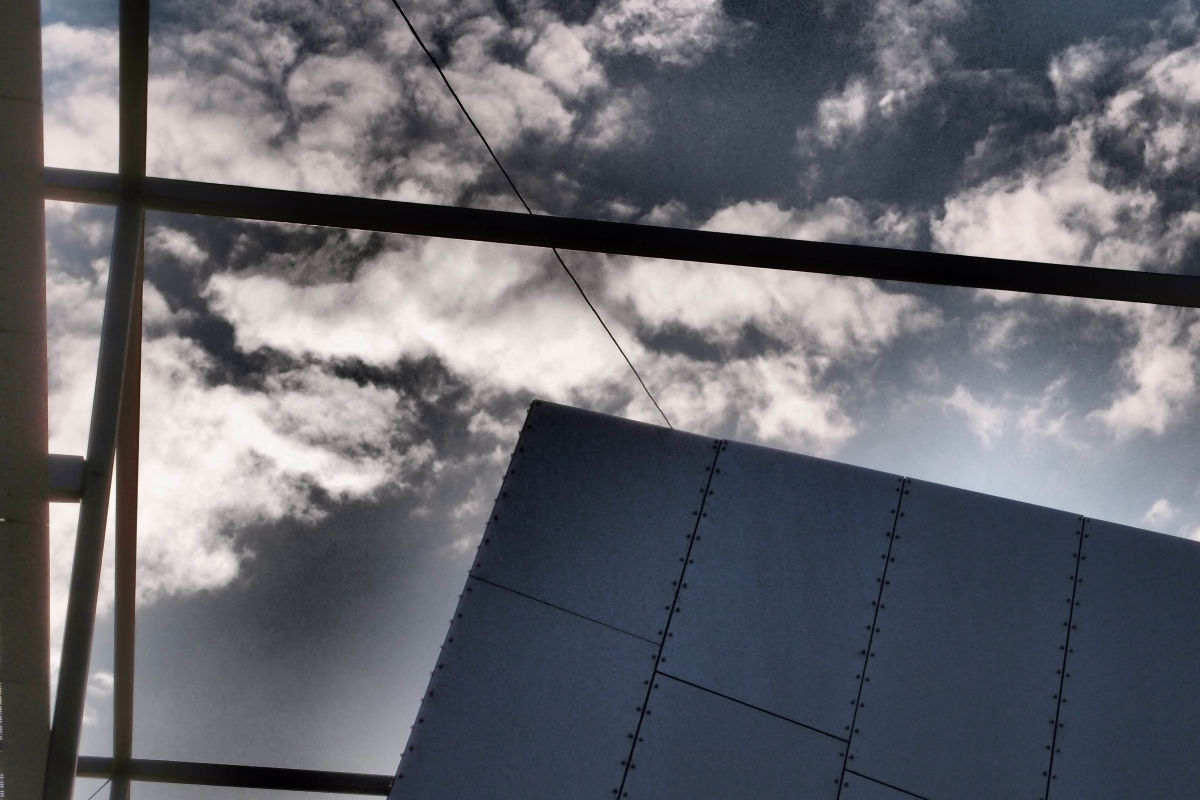 Take a look out your window.

If you can see a cloud, imagine a square centimetre of one floating in front of you.

While it may seem to be a simple enough (visible vapour like the steam in your bathroom) there is more to clouds than meets the eye.

Throw water into the mix and combine them all with the right atmospheric conditions to make the water visible, and you have yourself a cloud.

Clouds are visible because either the water has frozen into tiny ice crystals or the drops are small enough to float in the air. When billions and billions of these all get together they form a cloud.

From an plane flying above the clouds, most of them will look white, even though those stuck in peak-hour traffic below may see dark clouds overhead. That’s because clouds are pretty good at reflecting between 70 per cent and 90 per cent of light that hits them – so the light hits the clouds from above and is reflected back so the clouds look white.

Now, as clouds get denser and denser, the tiny droplets of water combine and get larger and larger – but also there is more space between them. This allows sunlight to penetrate further into the clouds where the light bounces about, absorbed and can’t escape – dark clouds.

So that is what you can see. Clouds come in all shapes and sizes (even elephant ones) and are influenced by geography, atmospheric conditions etc etc, but that is a whole other story.

What about what you can’t see in clouds? At the remote, and rather ominously named, Cape Grim on the north-west tip of Tasmania on top of 90 metre high cliffs buffeted by the winds of the vast Southern Ocean sits the joint CSIRO-Australian Bureau of Meteorology Baseline Air Pollution Research Station.

Here the air blowing in at speeds up to 180kmh from the south-west has been on a 20,000km journey from the east coast of Argentina, across the southern Atlantic and Indian oceans, below Africa and Western Australia to Cape Grim. It is considered the “cleanest” in the world – free from city pollutants and other land-generated particles such as dirt and pollen.

At the station the air is drawn into the labs and funneled off into various pieces of equipment to test it for carbon dioxide, methane and host of other chemicals.

Previous post:
A little insight inside
Coming up next:
Snakes in space