Bringing the Sexy Back to the Future

Bringing the Sexy Back to the Future 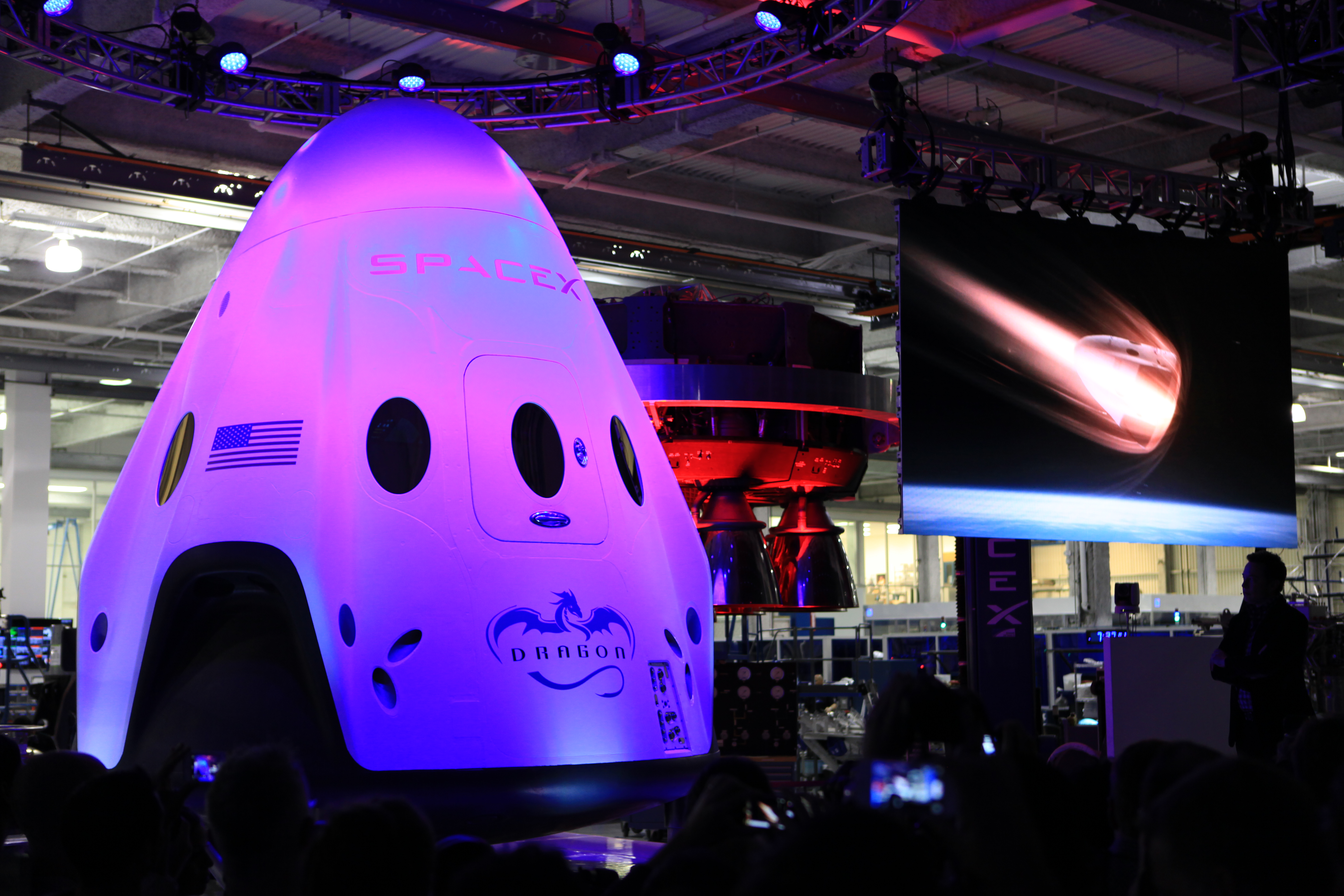 Bringing sexy back to the future of space travel

In the effort to return American astronauts to space by launching them from their own soil, there has been a recent flurry of announcements and unveilings for a variety of new spacecraft to do just that.

Only one of the five recently exhibited space vehicles belongs to NASA, the rest have been developed by the private sector under the United States’ Commercial Orbital Transportation Services (COTS) program.

COTS invited companies to design and develop full flight hardware and launch vehicles to provide cargo and eventually human-rated spacecraft for services to low-Earth orbit and the International Space Station.

Since the retirement of the US Space Shuttle in 2010, America has lacked a capability to launch its own astronauts into space, instead relying on the Russians to get them up to the space station and back again.

While a number of companies applied for funding under the COTS program, only two have advanced to the point where they have actually been launching missions – Orbital Sciences Corporation and Space X. Two others organisations, Boeing and the Sierra Nevada Corporation have vehicles still in development and are yet to make their first test flights.

Each of these companies are taking cues from earlier vehicle concepts in a sort of ‘back to the future’ approach to spacecraft design, but with 21st century tweaks and innovations that are likely to be ‘bringing the sexy back’ to the age of space travel. 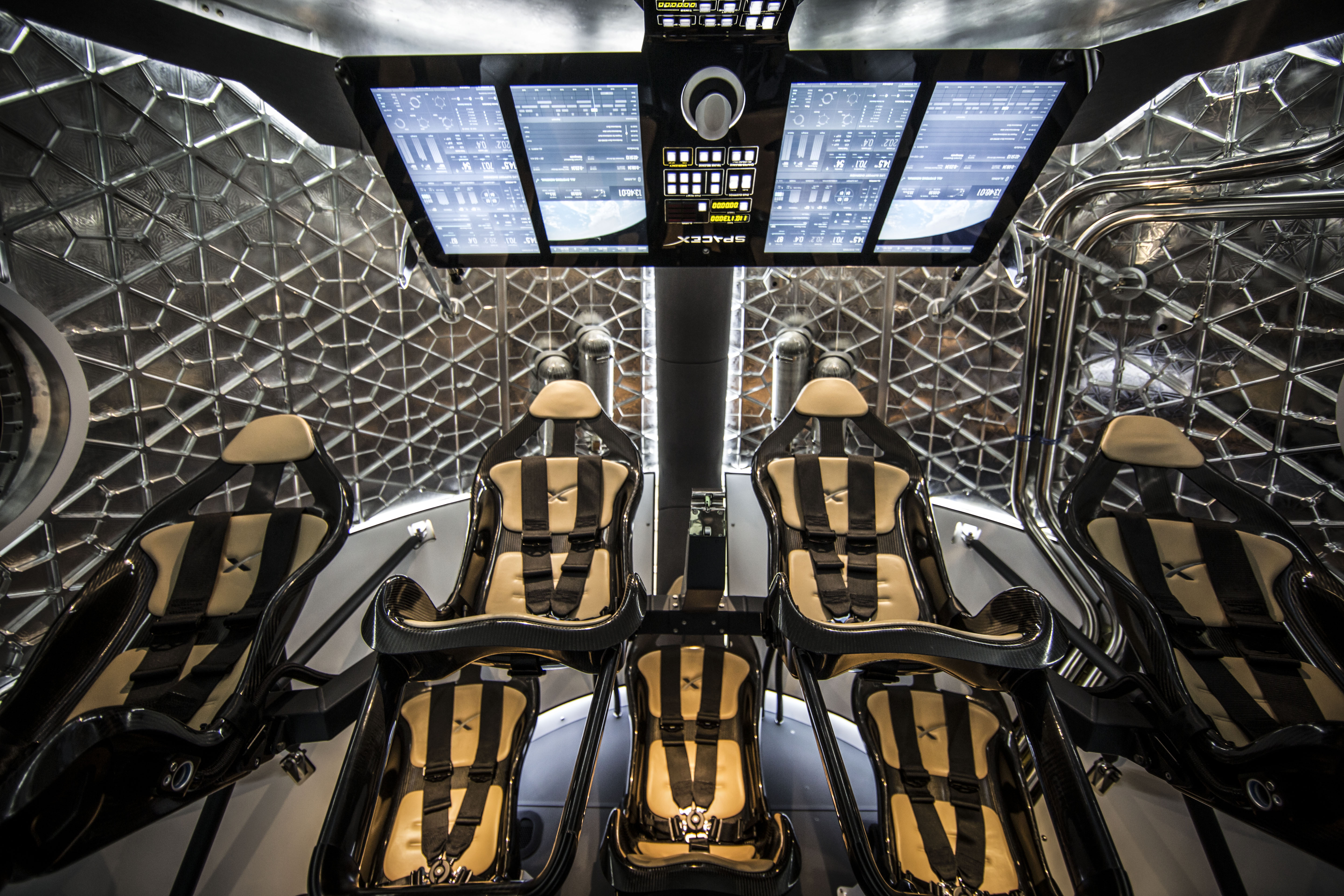 The interior design of the Dragon 2 spacecraft. Image: Space X

Unveiled in a ‘live’ webcast event was Space X’s Dragon 2 capsule. Founded by PayPal entrepreneur Elon Musk, Space X has been building on the success of its Falcon 9 rocket and Dragon cargo capsule which has already flown several missions to the International Space Station (ISS) and returned experiments and other materials safely back to Earth.

The Dragon 2 vehicle takes that experience and has designed a fully operational vehicle with the capability to launch up to seven astronauts into space. The reusable vehicle, which will be able to fly up to 10 missions before major refurbishments are required, uses the latest in touch screen technology and flight avionics.

Spacecraft of the 1960s needed over 1000 dials, gauges, buttons and switches for the astronauts to operate the vehicle. Space X’s design incorporates all of the systems needed for propulsion, navigation, communication, diagnostics and life support onto a few easily accessible screens with all the information and controls at the crew’s fingertips.

Everything about Space X’s Dragon 2 capsule is designed with comfort and style in mind. From the relatively spacious crew area and mood lighting, down to the reclining, leather-look, embossed launch seats. 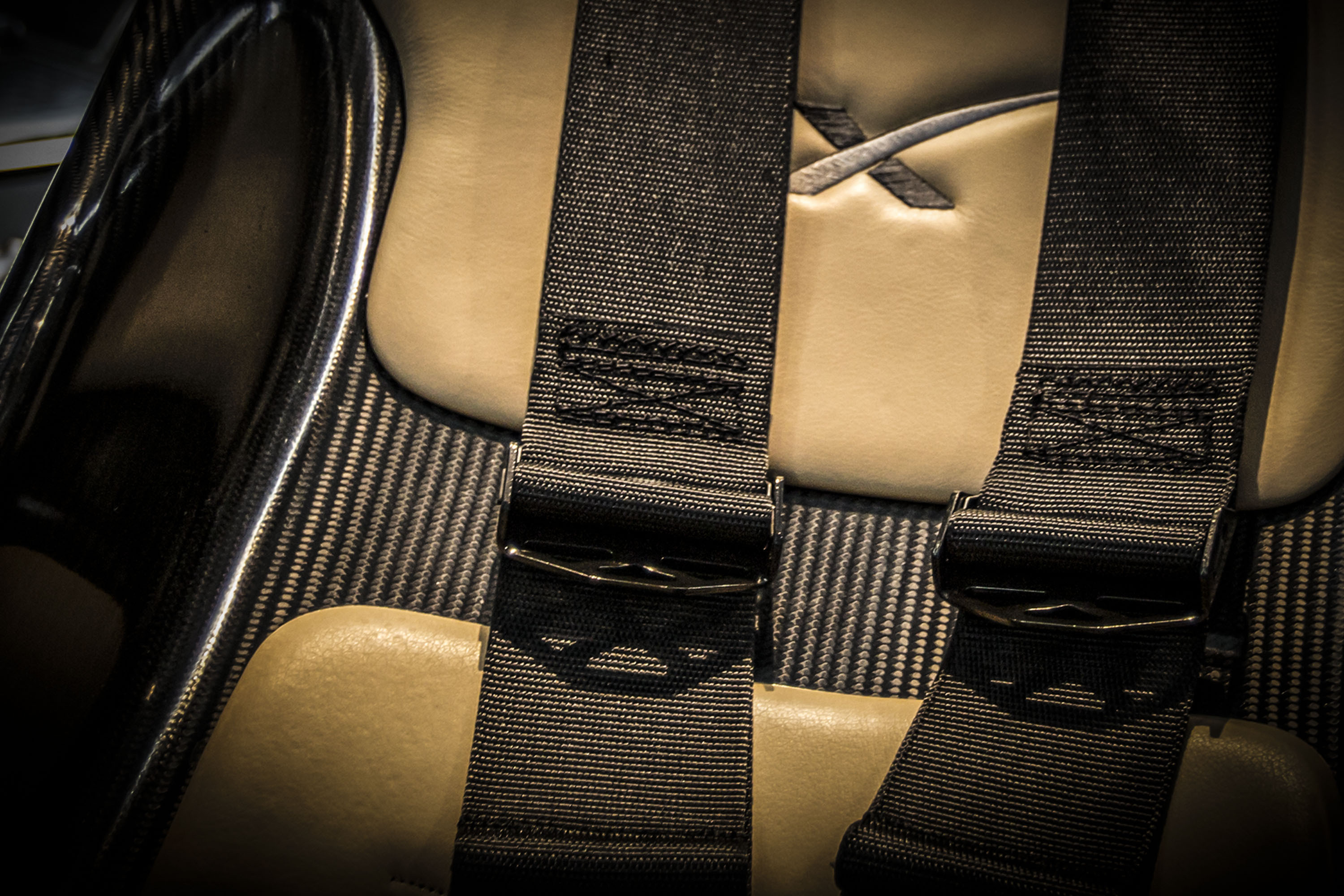 Detail of the flight seats for future astronauts travelling on board the Dragon 2 capsule. Image: Space X

The biggest innovation in Dragon 2 is in the way it will to return to Earth using a rocket powered descent system that will give the vehicle the ability to land virtually anywhere on the surface of the planet.

Space X is not alone in developing next generation spacecraft for human spaceflight. Boeing continues to forge ahead with the development of its CST-100 vehicle. 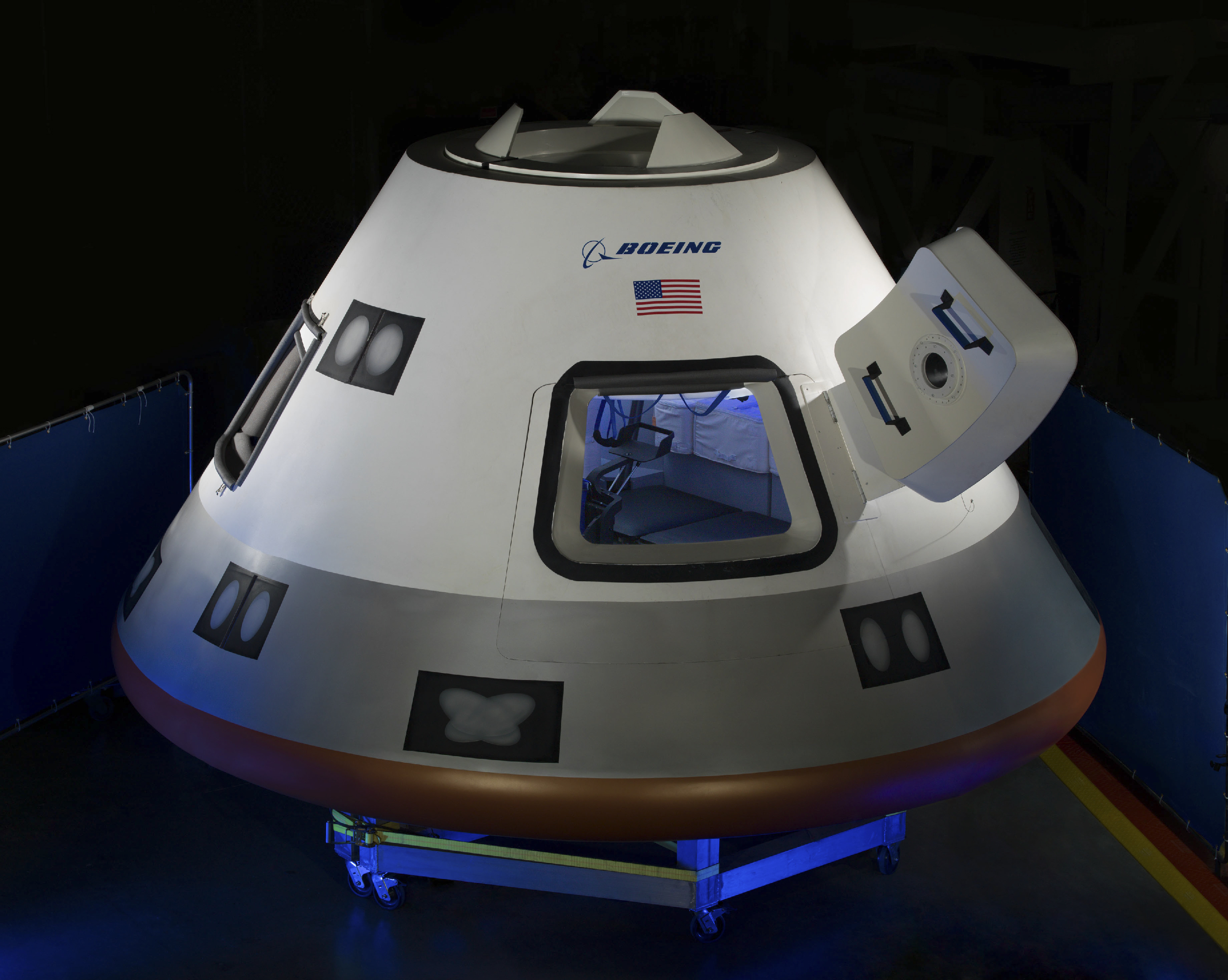 A full-size mockup of the CST-100. Image: Boeing

Again harking back to the Apollo-style capsule design, the CST-100 will, like Dragon 2, be capable of taking up to seven astronauts into space. But Boeing has set its sights further than just having a spacecraft that can reach the space station and plans extended capabilities that could allow the CST-100 to stay in space for long periods or even provide transport services to a private space station or space hotel being proposed by one of its partners Bigelow Aerospace. 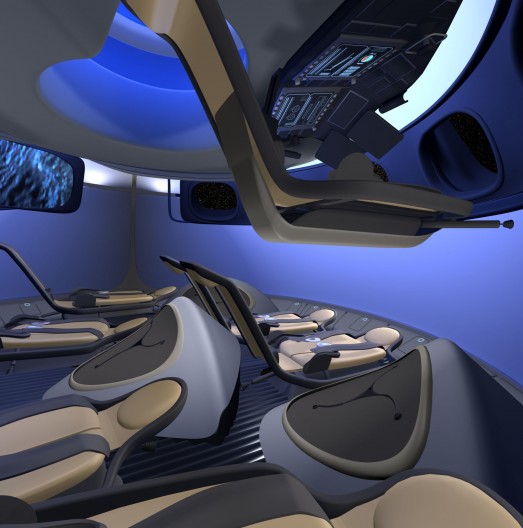 While ground tests continue, Boeing has indicated that an initial test flight may occur in mid-2015. 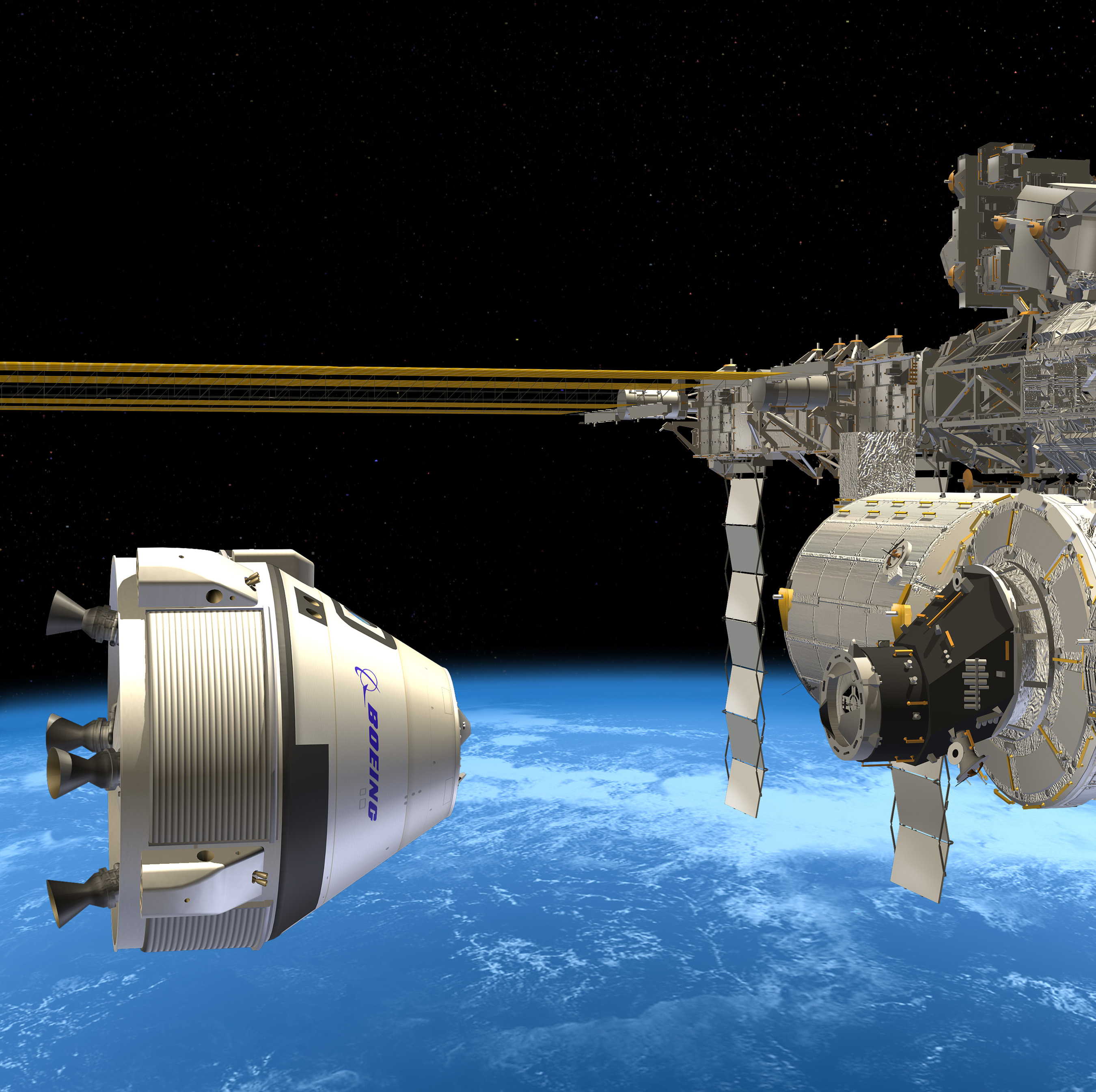 Enroute to the space station, the CST-100 will be capable of long stays in orbit. Image: Boeing

Orbital Sciences Corporation in the meantime is concentrating its efforts on the next flight of its Antares rocket and Cygnus cargo vehicle to ISS. Cygnus draws its design from the Multi-Purpose Logistics Module that NASA flew on the Shuttle during the construction of the orbiting ISS outpost. 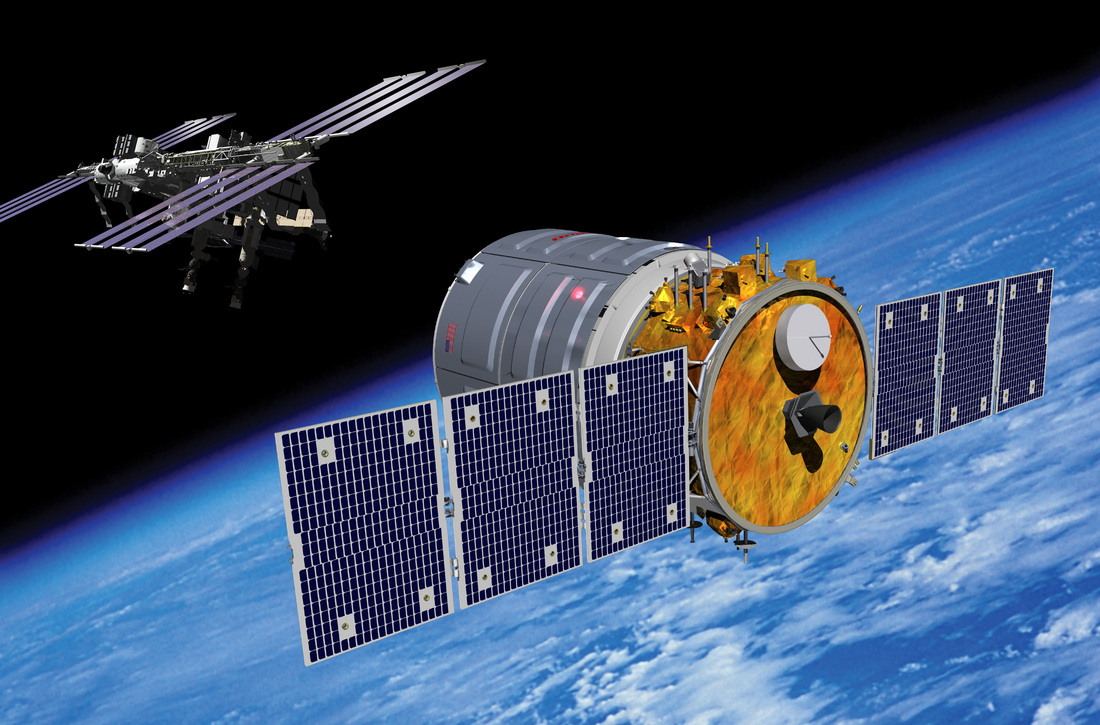 Capable of taking up to 2,700 kilograms of crew supplies, spares and science experiments to the space station, the highly automated vehicle helps to fill the gap in low-Earth orbit supply missions following the Shuttle’s retirement. 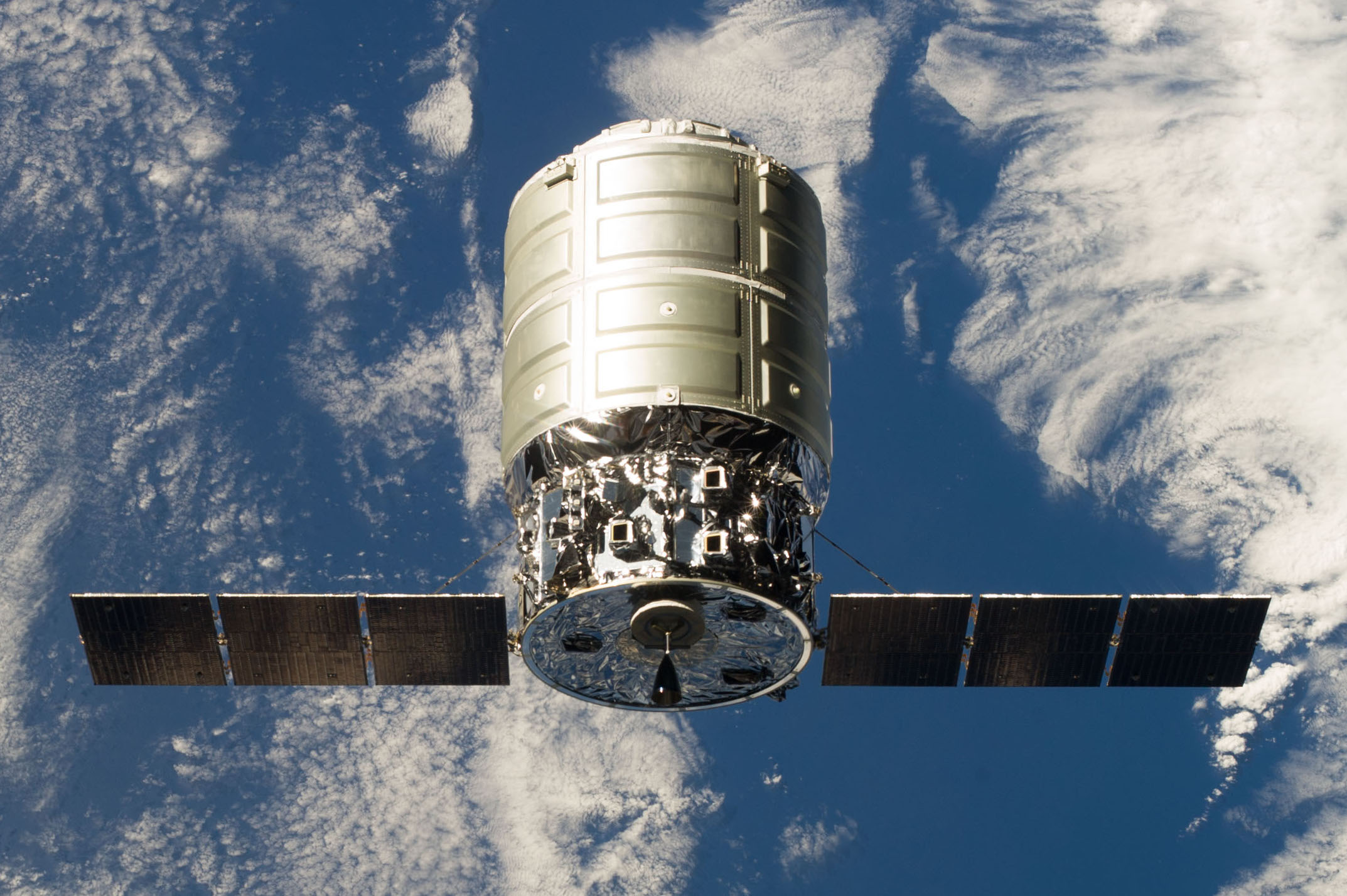 While capsules are the way that Space X and Boeing are planning to take American astronauts back into space, the era of space shuttle-like winged vehicles is not over.

The Sierra Nevada Corporation is developing the Dream Chaser, a winged, lifting-body spacecraft that its team says ‘will provide a flexible, credible, affordable solution for International Space Station crew transportation and a viable path to the future of human space flight operations for NASA, international and commercial space applications’. 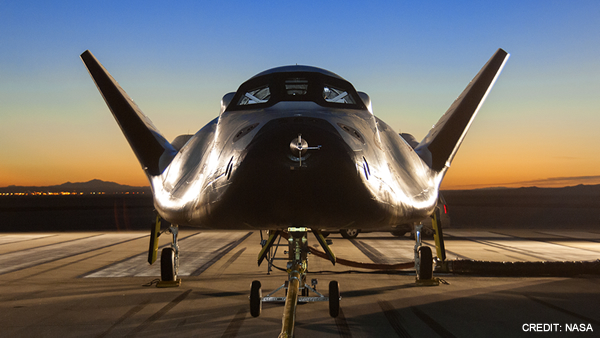 Dream Chaser is the sports car version of NASA’s Shuttles , with enough room for seven astronauts and the capability to glide back to Earth and land on any conventional runway. 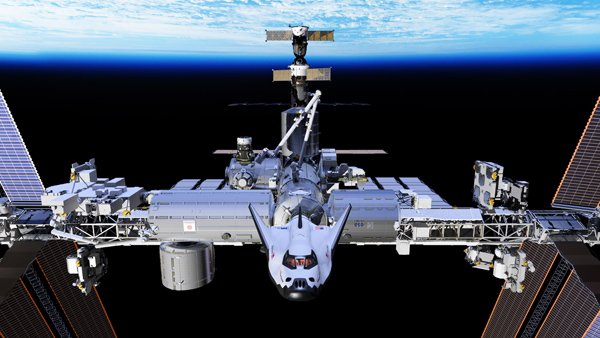 While the COTS program has spawned a whole new industry of private enterprise space travel services, NASA hasn’t been sitting around waiting for them to provide the new taxi service for their astronauts.

They have continued work on the Orion Multipurpose Crew Vehicle (MPCV). Orion was born from the ashes of the cancelled Constellation program which aimed to design and build different rockets to launch astronauts and cargo to space. Orion MPCV again takes it design from the reliable capsule concept but with its sights set well beyond Earth orbit. 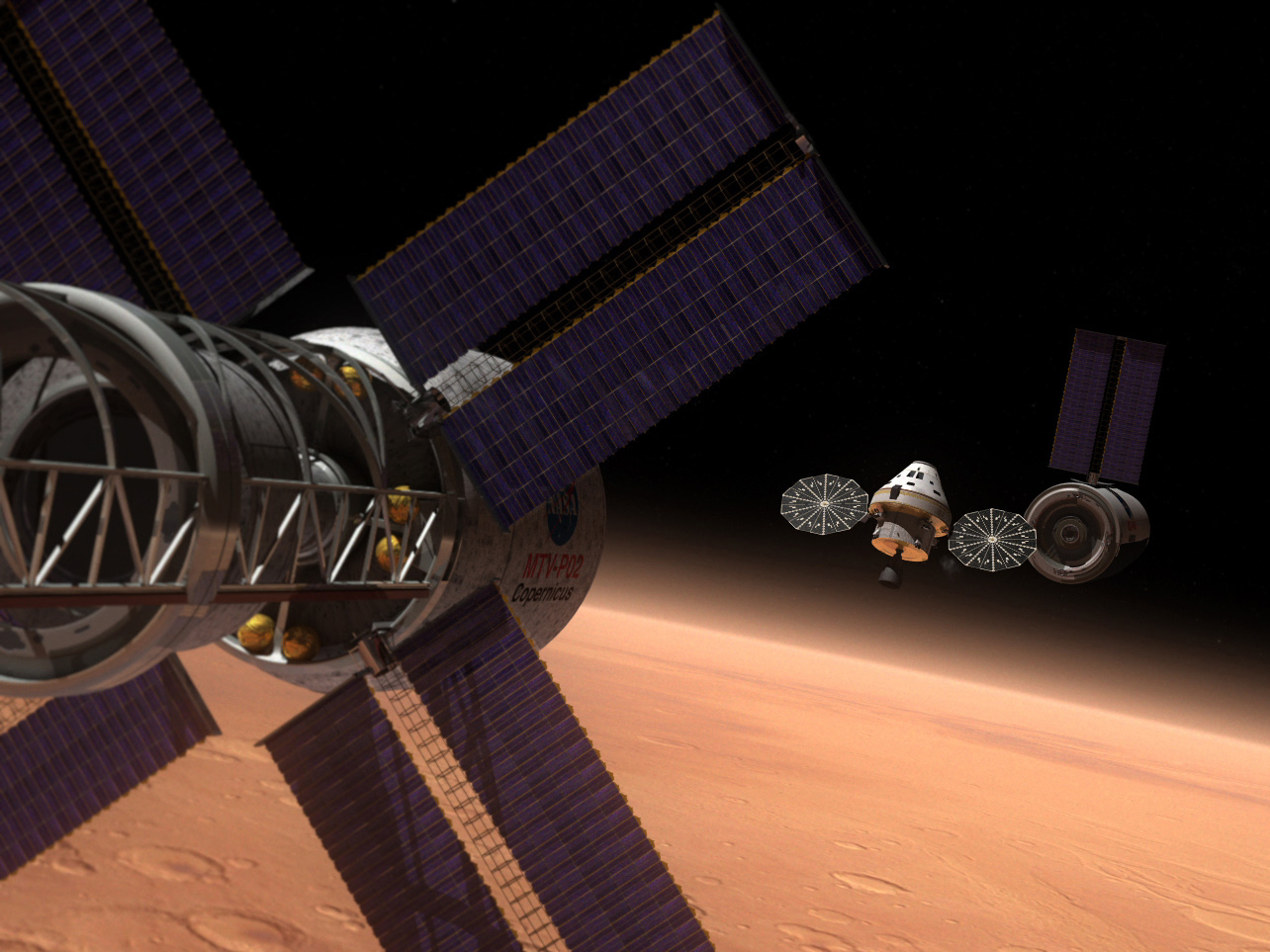 Orion MPCV is part of NASA’s roadmap for returning astronauts to the Moon and visiting an asteroid by the mid-2020s. In a variety of configurations, mated to other models it could also be used to take the first human crew to Mars in the 2030s.

The first unmanned test flight of Orion is scheduled to take place later this year as part of a three year test program that will ultimately lead to the first mission by humans away from planet Earth in over 40 years sometime in 2017.

Previous post:
The Master’s quarters onboard RV Investigator!
Coming up next:
Banking on a good night’s sleep