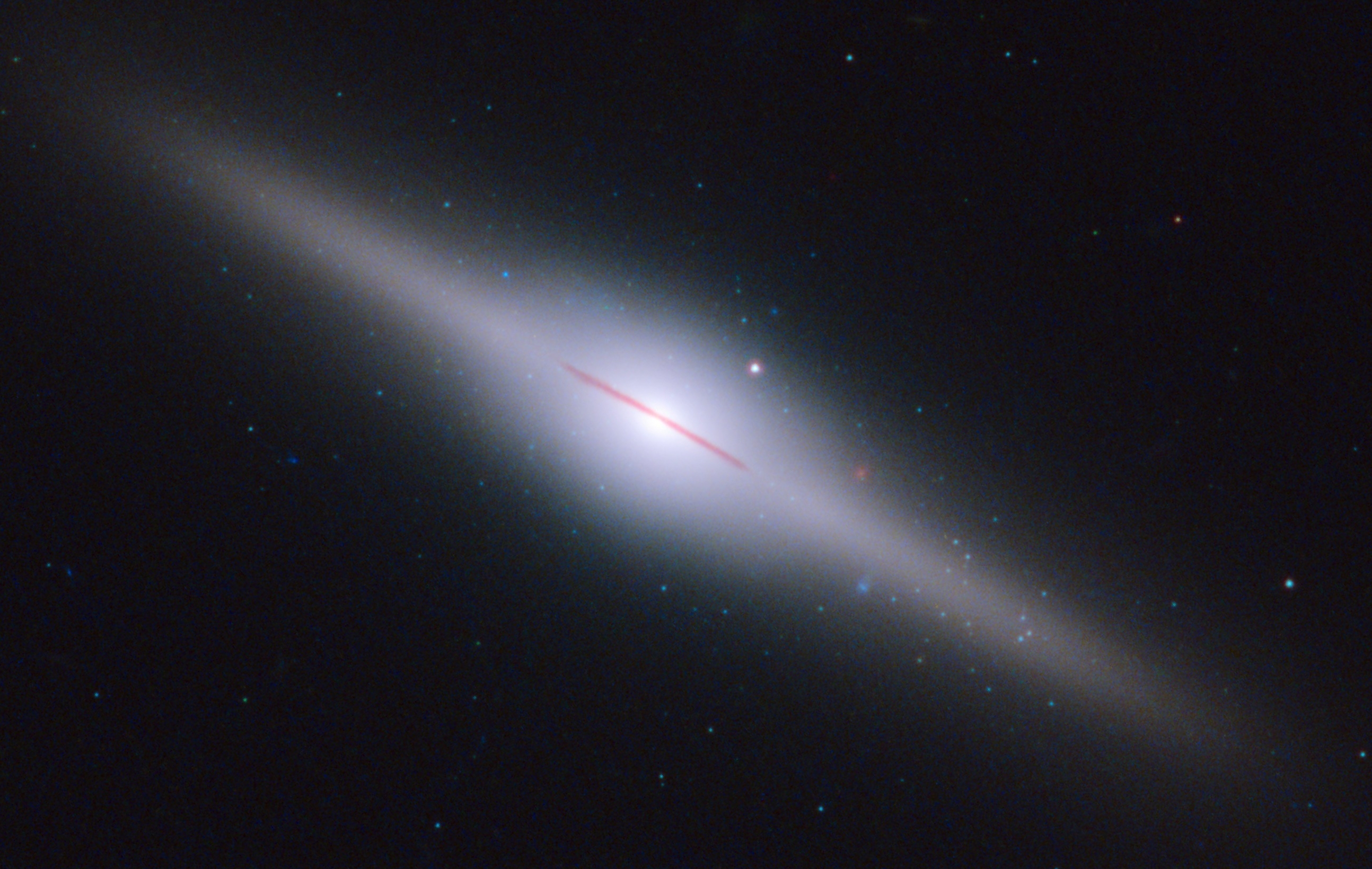 “This is the first object that we’re really sure is an intermediate-mass black hole,” said Dr Sean Farrell, an ARC Postdoctoral Fellow at the University of Sydney and a member of the research team, which included astronomers from France, Australia, the UK and the USA.

HLX-1 was discovered by chance in 2009, because it stood out as a very bright X-ray source.

As gas from a star or gas cloud is being sucked into a black hole, it is heated to extreme temperatures and shines in X-rays.

“A number of other bright X-ray sources have been put forward as possibly being middleweight black holes. But all of those sources could be explained as resulting  from lower mass black holes,” Dr Farrell said. “Only this one can’t. It is ten times brighter than any of those other candidates. We are sure this is an intermediate-mass black hole — the very first.”

Since 2010 the researchers have been studying the black hole with CSIRO’s Compact Array radio telescope near Narrabri, NSW.

“So what we tend to see is the X-ray emission and then, a day or two or even a few days later, the source flaring up in radio waves.”

By looking at the source’s X-ray output, the researchers predicted two occasions when it should also be brightening in radio waves — and they were right both times.

Dr Farrell speculates that a companion star traverses a very eccentric orbit around the black hole. When the companion comes close, the black hole strips gas from its partner, and it is this that gives rise to the X-ray flaring.

The brightness of the X-ray and radio flares have allowed the team to put an upper limit on the mass of the black hole of 90,000 times the mass of the Sun. However, Dr Farrell says that this is a conservative estimate, and for a variety of reasons a lower figure of around 20,000 solar masses is more likely.

HLX-1 may have been the central black hole of a low-mass “dwarf” galaxy, Dr Farrell speculates; a dwarf galaxy that was swallowed by the larger galaxy ESO 243-49, just as our own Milky Way Galaxy has swallowed dwarf galaxies. There is evidence of star-formation about HLX-1, which would be consistent with a “plunging dwarf”. The research team is now looking for other signs of disturbance around the site of the black hole, such as gas streams, which would also support this idea.