Australia’s Marine National Facility Steering Committee met in Canberra recently and welcomed back Chair Professor Craig Johnson, who has been on study leave the past  year.

A big thank you to Professor Richard Arculus, who stood in as Chair of the Steering Committee while Professor Johnson was away.

The meeting was held at the Australian Maritime Safety Authority offices, and while they were there, the committee members were given a tour of the Rescue Coordination Centre (RCC Australia) by John Young, the General Manager Emergency Response Division, and Scott Constable, the RCC Chief.

The committee members were able to see RCC Australia’s NEXUS incident management system demonstrated, using real incident cases, to show how the centre performs aviation and maritime search and rescue coordination, and how it integrates with other AMSA sections for incidents such as maritime casualties and pollution responses.

One area that caught the committee’s interest was the Craft Tracking system within NEXUS, which provides a live geographical feed of aircraft and vessel information across the Australian Search and Rescue Region.

Previous post:
Friday Fish Time
Coming up next:
Do You Want to Control the Dish? 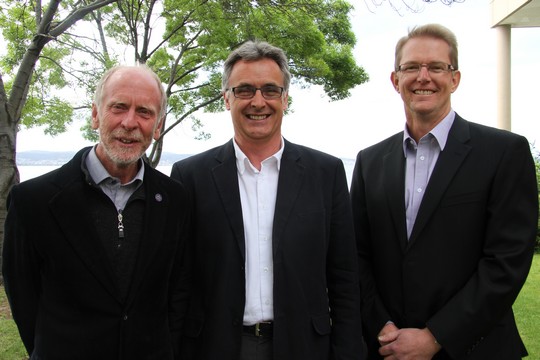