Australia’s oceans hold a bounty of energy with 24-hour power, either from the tides, currents or waves.

A study by CSIRO has found that the waves in the ocean could economically supply about 10 per cent of Australia’s electricity by 2050. This is equivalent to powering a city the size of Melbourne. 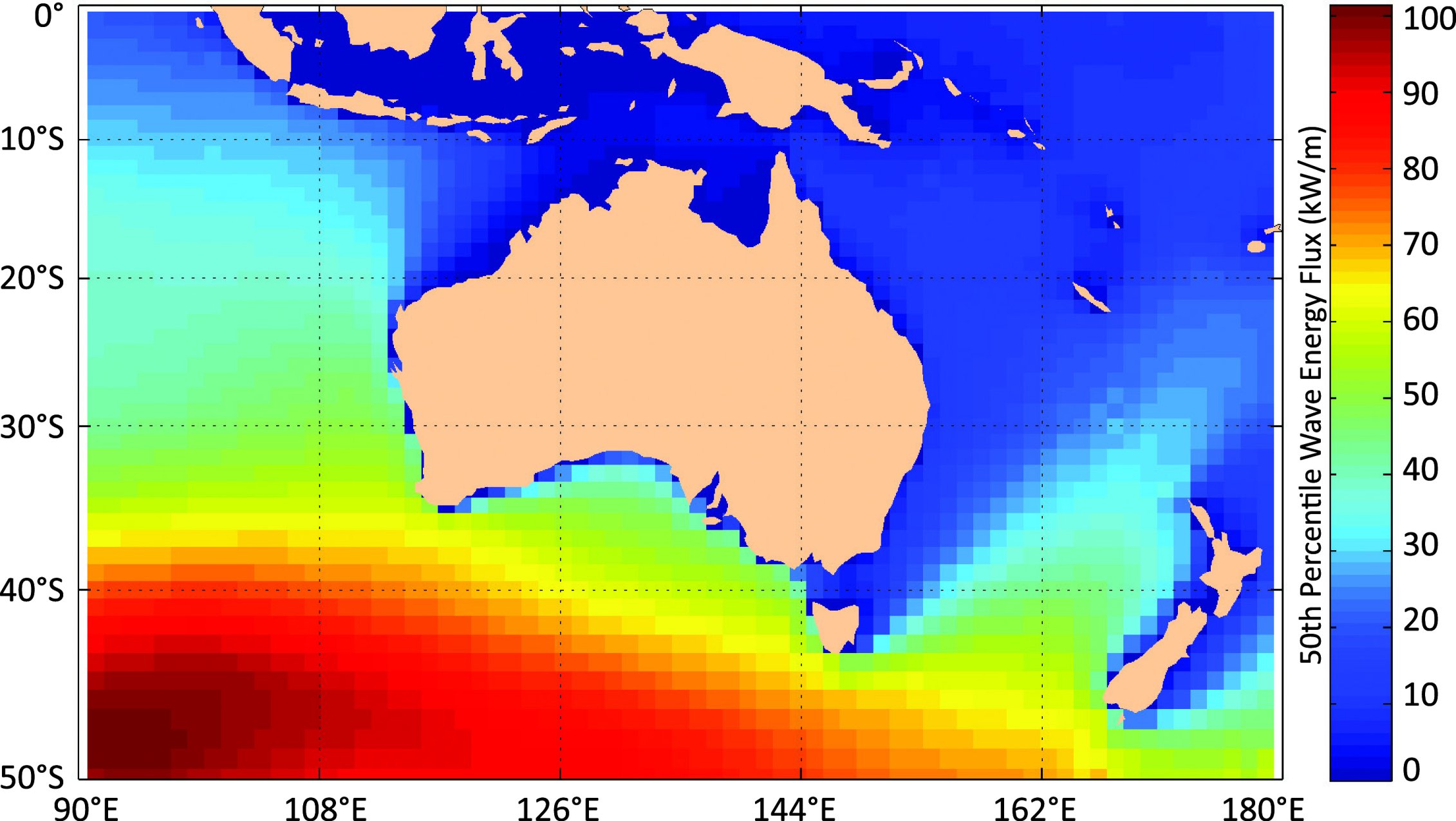 Australia’s coast line in the Southern Ocean has the best wave resources. Particular areas to note are the west coast of Tasmania, the southern ocean in Victoria and south-west Western Australia.

“Given the apparent advantages of ocean energy and the fact that it’s a very new technology, CSIRO wanted to understand what is the sustainable level at which this resource could be used for energy supply and whether it could be competitive with other energy technologies,” Mr Cresswell said.

“Assessing the opportunities and challenges from resource to the market is a first for ocean renewable energy in Australia.”

The study found that although wave energy could supply about 10 per cent of our energy by 2050, there were many economic, technological, environmental and societal factors that will determine its place in Australia’s future energy mix.

The areas that could benefit from wave energy technology include Perth, the southern coastline and to a lesser extent the east coast of Australia. Tidal technology could supply niche areas such as north east Tasmania and the Kimberley region in Western Australia.

Co-author of the report Dr Sam Behrens will be presenting the findings during Clean Energy Week, on Thursday 26 July at the Sydney Convention and Exhibition Centre.

Previous post:
Putting the cool back into wool
Coming up next:
The sleek Hawk Moth is built for speed