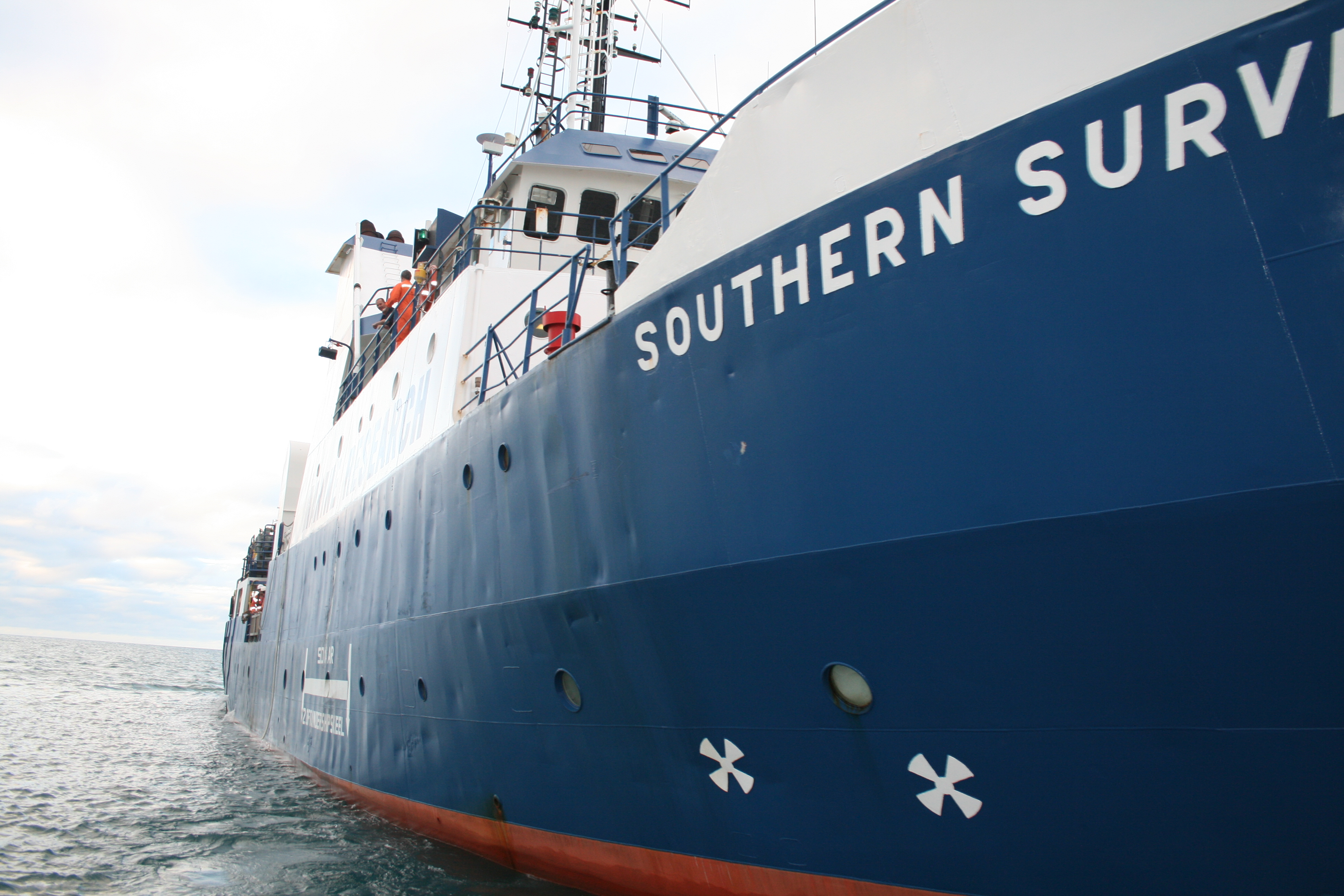 Australia’s Marine National Facility research vessel, Southern Surveyor, returns to the Southern Ocean this week in a pilot project to measure the air-sea exchange of heat, moisture, carbon dioxide and oxygen in the sub-Antarctic ocean, and at the same time to test the continuing ability of moored instruments to withstand the roughest ocean conditions anywhere

Managed by CSIRO, Southern Surveyor will deploy three moored measuring systems to be anchored at a depth of nearly five kilometres, or four times the height of Hobart’s Mt Wellington, about 580km south-west of Tasmania.

The moored instruments include a $1m weather station (managed by the Bureau of Meteorology), a specialist biogeochemical sensor and sampler mooring developed by CSIRO, and a deep sea sinking particle flux mooring provided by the Antarctic Climate & Ecosystems Cooperative Research Centre.

The voyage’s Chief Scientist, Professor Tom Trull, from CSIRO, the Antarctic Climate & Ecosystems Cooperative Research Centre and the Institute for Marine and Antarctic Studies at the University of Tasmania , said the project was the only one of its type in the Southern Ocean.

“While the Southern Ocean plays a significant role in the global climate system, there is a paucity of sustained observations in this harsh and remote region. These high quality observations are a valuable contribution to understanding ocean processes that contribute to climate variability.

“The ability of the ocean to soak up carbon dioxide from the atmosphere and remove it to ocean depths is a natural process but the rate of that exchange and its influence on other chemical and biological properties in the ocean is now a central climate science question.

“We know the sub-Antarctic ocean is a hotspot for uptake of carbon dioxide and deployment of these mooring systems over the next 18 months will give us an insight into changes occurring from day-to-day and season-to-season in the upper ocean and at the sea surface.

“The results we obtain will be of interest around the world to climate and carbon cycle scientists,” Professor Trull said. Professor Trull will be available for interviews and pictures with the moorings on Wednesday, July 11 at 10am.

Previous post:
Assassin bug lures ants to their death
Coming up next:
Full steam ahead!