Random Stuff – Atomic clocks you can set your watch by

Random Stuff – Atomic clocks you can set your watch by

But how do we know that’s the right time?

From ancient times, people tracked the sun to determine the time of the day. Indeed, for more than 120 years, people have set their watches by Greenwich Mean Time (GMT). Or, Universal Time Coordinated (UTC), to the experts. But time keeping is not without its challenges. 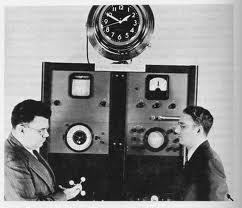 Dr Manchester explained that Greenwich Mean Time is based on atomic clocks, rather than the common assumption that it’s based on the rotation of the earth, or where the sun is in the sky.

“An atomic clock is about the size of a suitcase and contains a vacuum flask that holds a chemical element, often cesium. Cesium atoms emit radiation with a very stable frequency,” Dr Manchester said.

A frequency you could set your watch by, so to speak.

There are atomic clocks dotted around the world. There’s one in Sydney, at Lindfield, that’s managed by the National Measurement Institute. There are lots of atomic clocks in Japan, in the US and also near London in England.

“Those clocks get averaged together by a group of people near Paris in France. And so they produce a time standard which is this international atomic time which is basically the average of all the clocks.”

“The earth is actually a bit wobbly. So, over time, GMT (or UTC) gets a little out of sync with where the earth actually is. In the past, this has been fixed by adding ‘leap seconds’ to GMT,” Dr Manchester explained.

“Every few years scientists monitoring the rotation of the earth decide that an extra second should be added into the time so that what our atomic clocks are telling us matches up with where the sun is in the sky.  So, usually on 31 December of that year, instead of our clocks counting seconds from 59 to 0, we adjust things to count 59, 60, zero.”

You’d think an extra second here or there wouldn’t matter, but CSIRO astrophysicist Dr George Hobbs (who, incidentally, took out the NSW Young Tall Poppy Award last week) said leap seconds have an uncanny knack of mucking up computer networks, satellites and other technology which needs accurate time. Which is why our clock watchers have proposed that we do away with leap seconds all together.

“This would overcome all of the problems that leap seconds create for devices such as phones and computer networks,” Dr Hobbs said.

“But it would mean that the GMT would slowly drift from the time according to the sun.”

“Over the next century, it would only amount to a couple of minutes’ difference between atomic time and time according to the sun,” Dr Manchester added.

So, we’d actually be ahead of ourselves.

“It’d only be a small difference, and when you compare that to the annual variations we get from the nature of the earth’s orbit, it’d really be an insignificant amount.”

Makes sense. Which is whydoing away with leap seconds may just happen. The International Telecommunications Union meets in Geneva in February to decide.

But it begs the question… are there more accurate clocks than the atomic kind?

Alas, we’ve run out of time to go into that. More later. In the meantime, find out more about CSIRO’s astronomy and space research here.