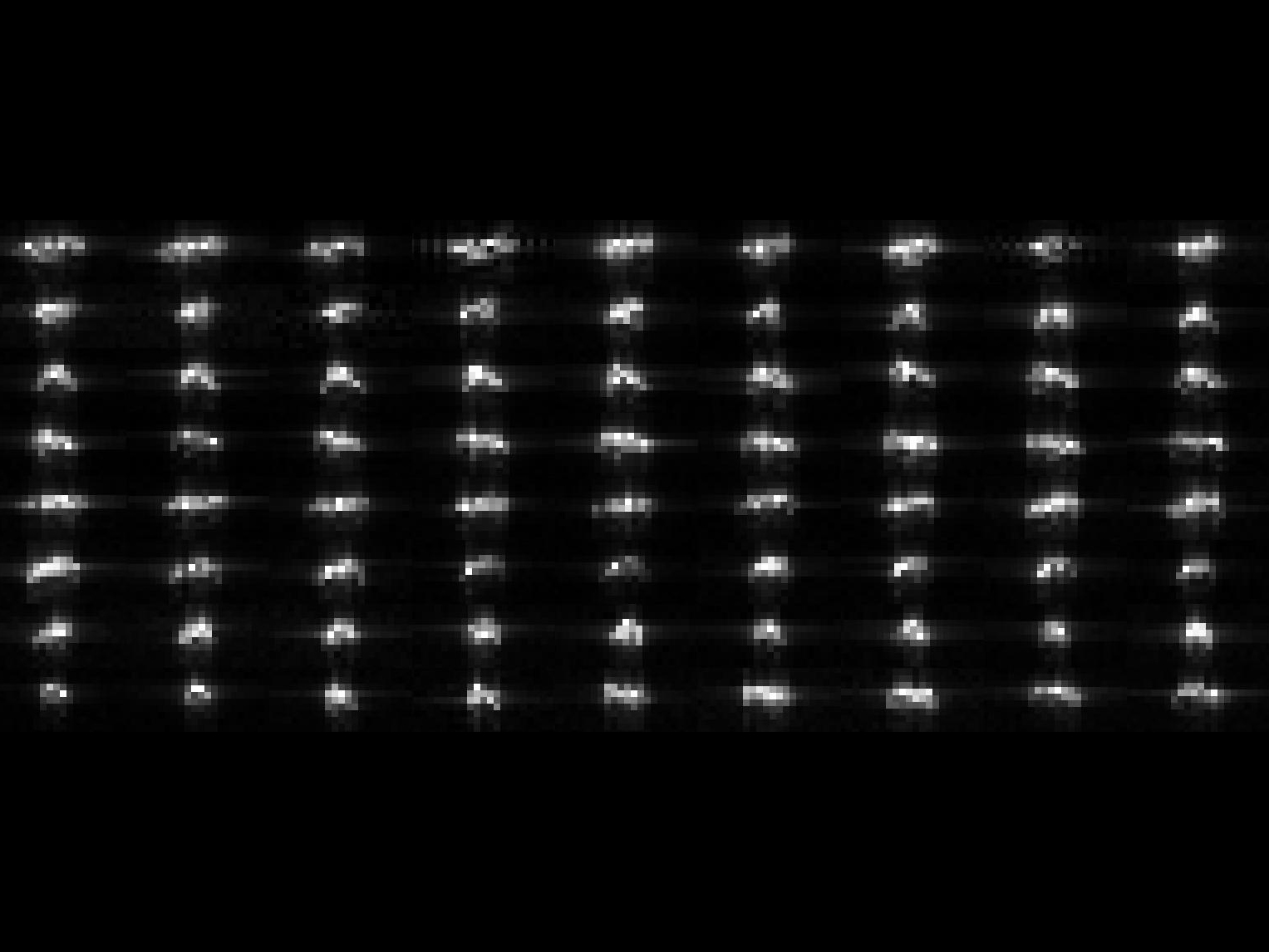 This collage of 72 individual radar-generated images of asteroid 2012 DA14 was created using data from NASA’s 230-foot (70-meter) Deep Space Network antenna at Goldstone, California. The data were collected on the night of Feb. 15 to 16, 2013, after the asteroid had made its closest approach to Earth and was exiting the Earth-moon system. Image credit: NASA/JPL-Caltech

You can now watch the eerie dance of near-Earth asteroid 2012 DA14 which recently passed less than 27,700 km from the surface of the Earth.

The video, generated from data obtained by NASA’s Goldstone Solar System Radar shows what an asteroid measuring 30 metres in diameter and weighing in with a mass of 40,000 metric tons actually looks like as it moves its way through space.

The asteroid’s recent visit can officially be considered a ‘close shave’ in cosmic terms, as at one point 2012 DA14 was closer to the Earth than many orbiting weather and communications satellites.

Interestingly, scientists at NASA’s Near-Earth Object Program Office estimate that an asteroid the size of 2012 DA14 flies this close to Earth every 40 years on average and that one will impact Earth, on average, about once every 1,200 years.

As an impact strike from an asteroid of this size would likely cause severe regional devastation, we’re hoping the next asteroid strike is a long while off!