ASKAP spins it right round, baby

ASKAP spins it right round, baby

Can you move your ear to your shoulder? Maybe you can’t make it the whole way but you can at least give it a go. Well, the 36 dishes that make up our new radio telescope, the Australian Square Kilometre Array Pathfinder – ASKAP for short, can spin a full 360°!

Most radio telescopes move in two directions: up and down around a horizontal axis (also known as ‘altitude’, a bit like nodding your head), and side to side around a vertical axis (called ‘azimuth’, analogous with shaking your head).

ASKAP’s dishes move around both altitude and azimuth axes; they also move around a third axis called the ‘polarisation axis’.

This is the first time, anywhere in the world, that dishes moving around three axes have been used in radio astronomy.

The award-winning phased array feeds that will sit atop each antenna are like a fly’s compound eye. Each feed has a wide field-of-view, seeing a much larger area of sky in one glance than receivers in other radio telescopes.

While this large field-of-view will allow astronomers to survey large parts of the sky very quickly we need to ensure that the images captured by ASKAP are clear.

“The three-axis movement is a simple mechanical solution to a difficult image processing problem,” says Ross Forsyth, one of the project engineers who’s worked on ASKAP’s design. 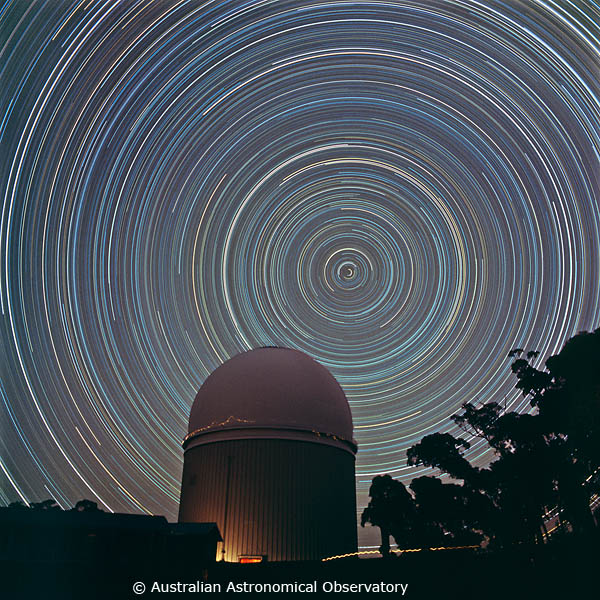 Star trails around the south celestial pole, the dome of the Anglo-Australian Telescope is in the foreground.

“If we didn’t account for the rotation of the Earth while pointing the telescope then the resulting images would be blurred, like a long-exposure ‘star trail’ image of the night sky.

“You’re always going to make a better quality image if you can keep the sky aligned with the telescope but it’s particularly important if you are using a phased array feed,” says Ross.

There are other ways to account for the Earth’s rotation, such as an equatorial mount that aligns a telescope so it is parallel with the Earth’s axis. If the telescope is rotated in the opposite direction to the Earth then the two rotations cancel each other out.

“The cables connecting the dish to the pedestal in an equatorial mechanism rely on gravity so they don’t get tangled. If ASKAP’s antennas used an equatorial mount then they couldn’t see low down on the horizon in some areas, or, if they did get down low, the cables would end up in a knot.” 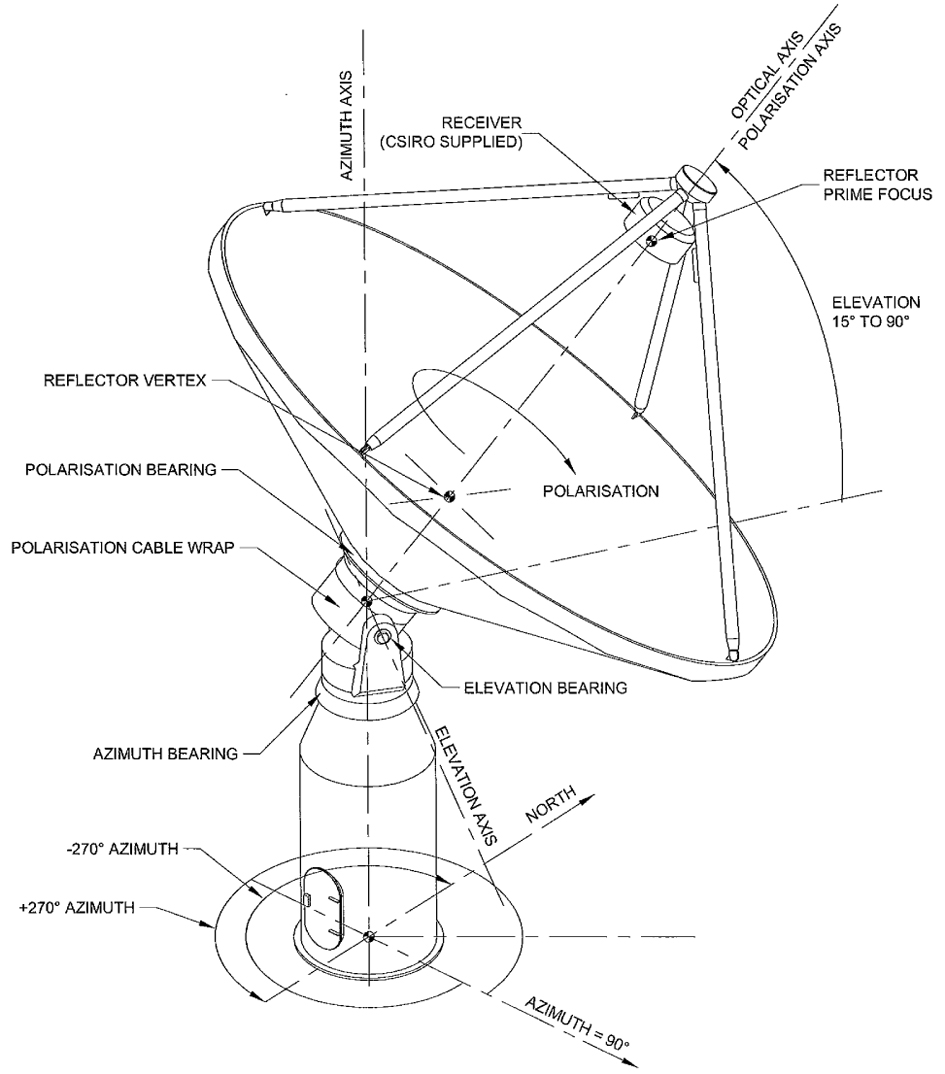 Spin it right round: ASKAP’s 36 antennas use a novel three-axis configuration.

High-quality images and full-sky coverage are clear advantages that come with using a three-axis mount. But wait, there’s more.

Measure the polarisation of radio waves

The dishes’ three-axis movement is working perfectly and has greatly simplified the system testing done so far; ASKAP is currently in its commissioning phase and has already started to produce results.

And while Dead or Alive’s hit song is a blast from the past, ASKAP certainly isn’t. It’s very much an instrument of the future, pushing boundaries in engineering and astronomy.