W50 is one of the largest supernova remnants ever viewed by the VLA. At nearly 700 light years across, it covers two degrees on the sky – that’s the span of four full Moons!

Optically bright astronomical objects, those visible to the eye and optical telescopes, often are nicknamed for their earthly likenesses, such as the Whirlpool Galaxy and Owl Nebula. Invisible W50 comes by its less catchy name by being the 50th radio source listed in the Westerhout Catalog, assembled in 1958 by Dutch astronomer, Gart Westerhout

When the VLA’s giant W50 image reached the NRAO Director’s office, Heidi Winter, the Director’s Executive Assistant, saw the likeness to a manatee, the endangered marine mammals known as “sea cows” that congregate in warm waters in the southeastern United States. 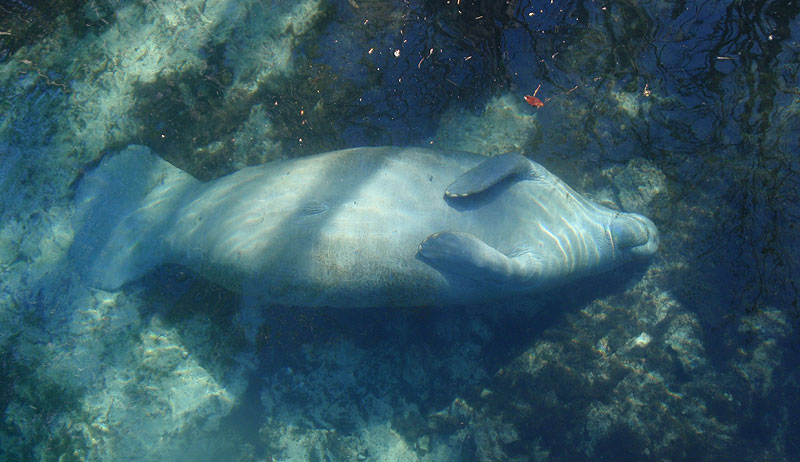 Florida Manatees are gentle giants that average around 10 feet long, weigh over 1000 pounds, and spend up to eight hours a day grazing on sea plants. They occupy the remainder of their day resting, often on their backs with their flippers crossed over their large bellies, in a pose closely resembling W50.

Dangerous encounters with boat propellers injure many of these curious herbivores, giving them deep, curved scars similar in appearance to the arcs made by the powerful jets on the large W50 remnant.

For more on this story, see the original article here.

Previous post:
The final pieces are going into place!
Coming up next:
As exciting as watching grass grow