Dr Marcel van der Schoot is a project leader in the Centre for Australian Weather and Climate, a partnership between CSIRO and the Australian Bureau of Meteorology. 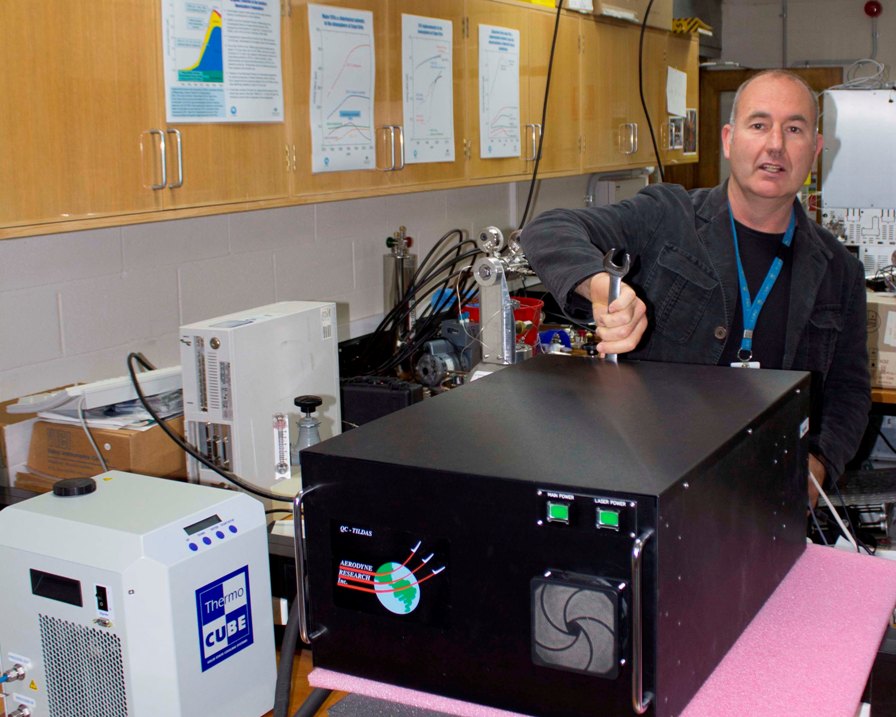 Dr van der Schoot’s area of research is studying the changing composition of the atmosphere in relation to regional and global climate processes and he has been championing for RV Investigator high precision trace gas analysers, capable of continuously measuring atmospheric greenhouse gases, such as carbon dioxide, methane and nitrous oxide. 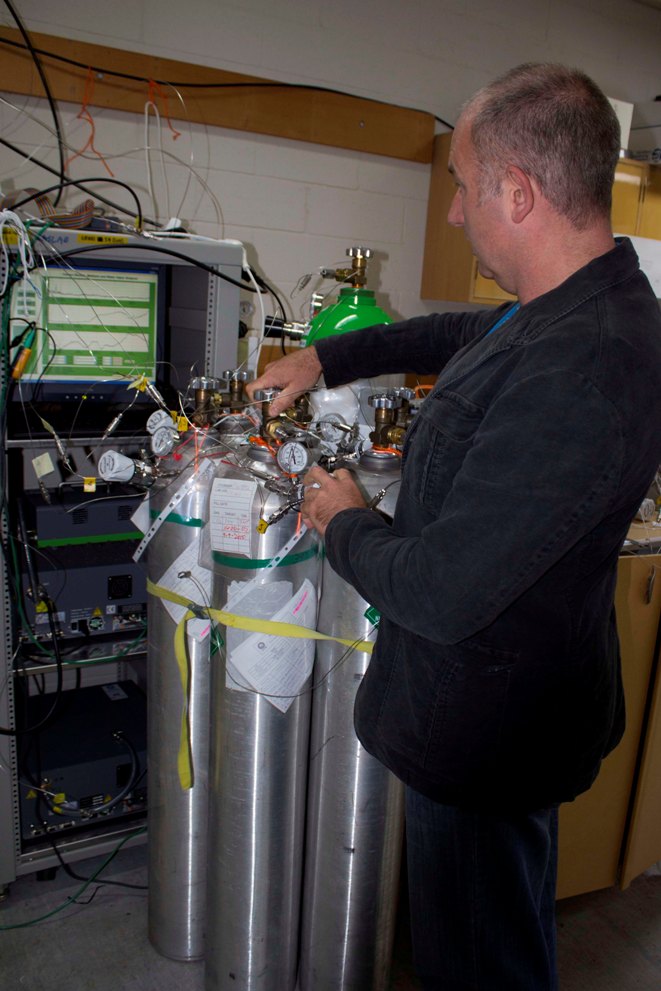 The tender process for these pieces of advanced scientific equipment has concluded and they have been sent to Dr van der Schoot, who has been adapting them for life on board the RV Investigator.

In the photo below, the equipment with the screen on is the Cavity Ring Down Spectroscopy (CRDS) instrument, which will continuously measure carbon dioxide, methane and water vapour in the atmosphere, with high precision from the ship. The equipment without the screen (first photo) is a Quantum Cascade Laser (QCL) (now that is a cool name!) instrument,  which will be used for the continuous, high-precision measurement of nitrous oxide, carbon monoxide and water vapour in the atmosphere. 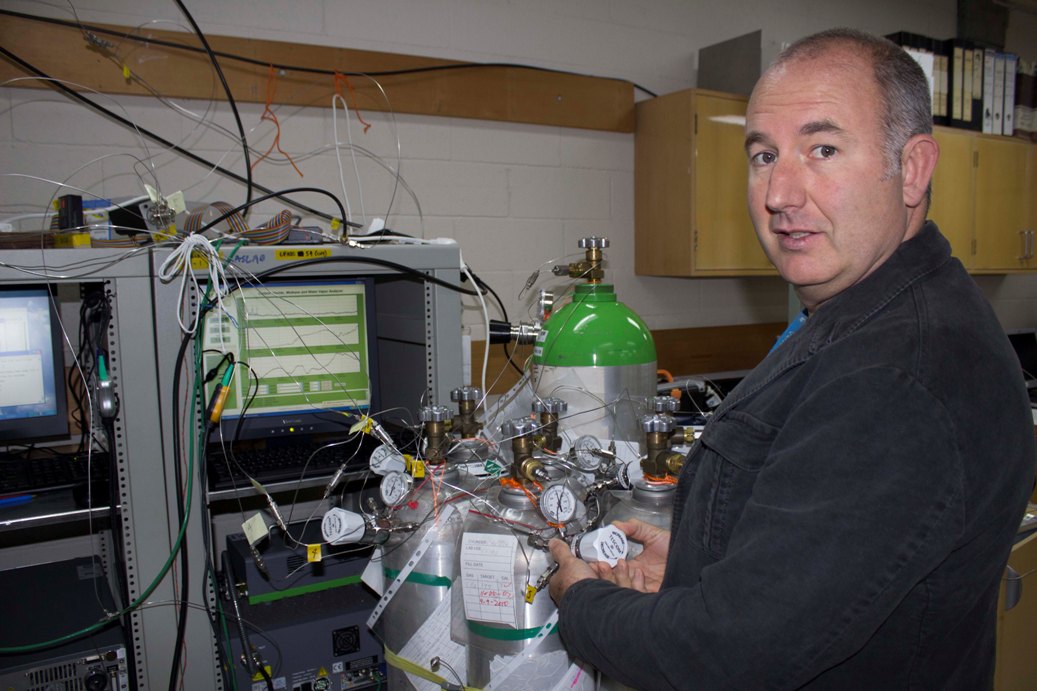 So between the two pieces of equipment, researchers will have data regarding the main greenhouse gases covered.

This equipment will collect new, high quality, atmospheric greenhouse gas data, from regions of the ocean that may have never been sampled before. These data will help answer major scientific questions such as whether the Southern Ocean is saturating with respect to its capacity to absorb carbon dioxide.

This capability has not been possible on Southern Surveyor due to technology limitations but recent scientific developments have now made this possible for RV Investigator.

Previous post:
“Voyage to the Planets”, a Musical Journey
Coming up next:
Infographic: Aluminium, recycling’s superhero