A Facebooker’s guide to the universe: space facts from our space fans

A Facebooker’s guide to the universe: space facts from our space fans

We know the ultimate answer to life, the universe and everything is 42 but what do our Facebook fans think are the most interesting facts about space? 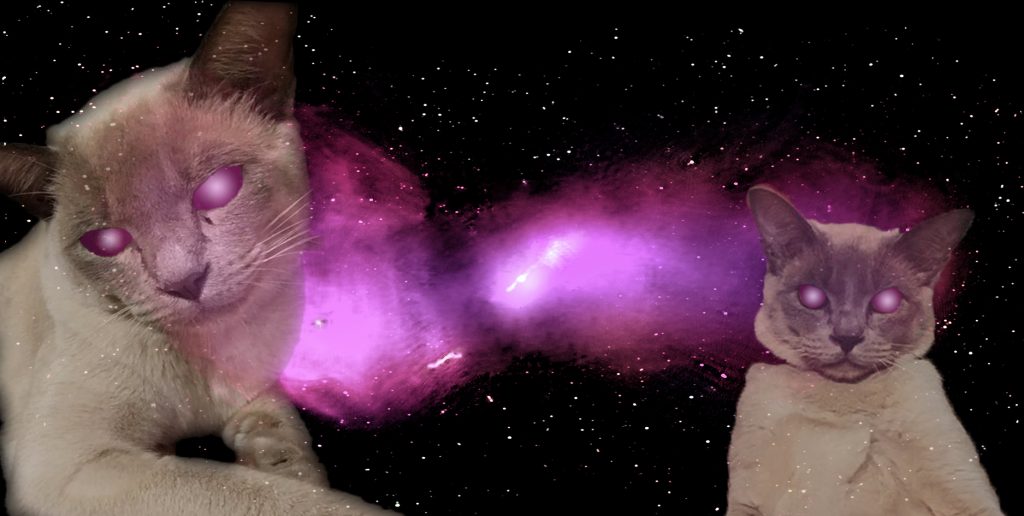 Artist’s impression of our Facebook followers
Credit: Oso the cat

We know a lot about space. We observe, we research, we make discoveries and we innovate all the time.

We also have a secret weapon: a hoard of Facebook followers that are almost as space-mad as us (almost). So, because we found two copies of the DVD The Dish in our office, we put our followers to the test: give us your best space fact for the chance to win a free DVD (does anyone have DVD players anymore? Doesn’t matter, it’s free). 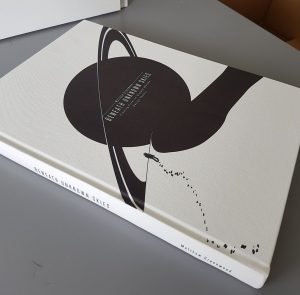 Matt’s thesis cover needs to be made into a poster and sent to us immediately.

So how did our followers do? Well, it depends on your definition of the word ‘best.’

Dominic Ryan Edward Cole Space is big. Really big. You just won’t believe how vastly, hugely, mind-bogglingly big it is. I mean, you may think it’s a long way down the road to the chemist, but that’s just peanuts to space

Dominic won a DVD because he clearly proved that he knows the answer to life the universe and everything.

Matt Greenwood Titan has a “hydrological” system similar to Earth however in place of water Titan has methane. I found the data from Cassini and the Huygens probe so interesting I based my architecture thesis on finding form on Titan.

Matt won the second DVD because his level of space-nerdery is over 9000.

If only we were Oprah. We would like nothing more than to yell, “YOU get a DVD, YOU get a DVD and YOU get a DVD!” while Tom Cruise jumps on a couch behind us. Alas, we are merely science nerds and we don’t have budget control so can’t get an endless supply of The Dish DVDs. If we did, some of these people would have definitely got a copy.

Caroline Roff When developing the moon suits for the Apollo 11 mission, the astronauts refused to use them unless they had a way of scratching their nose. I believe (and this is from a 30 year old memory of visiting the Smithsonian in Washington DC) they rigged up some sort of wire that ran from their hands up the sleeve into the helmet.

30 year old memory is the best place to go for facts. We’re not sure if this is true or not (NASA would be the people to ask) but after a quick search online it seems this is a very common question people ask. Why is everyone so fascinated by astronaut’s noses?

Madeleine Ware If we took every elephant in the world and laid them end to end in space, did you know that all of them would die?

John Morrissey Did you know the HAL the computer in 2001 – a space odyssey Is a derivative of IBM in that in the alphabet H comes before I, A before B and L before M or IBM = HAL -1

We’re not sure if John understands the difference between fact and fiction but also every space nerd loves this movie so we’re not too concerned… except for the eventual AI uprising… that concerns us quite a bit.

Zachary Horsburgh This is very long and not very scientifically accurate, as I do round many numbers and make many estimates, but enjoy.
According to KitchenAid, 2 to 6 teaspoons of dishwashing powder need to be used per every dishwasher cycle. Due to how soft Sydney’s water supply is, let’s assume around 4 teaspoons are necessary. An average dishwasher can hold around 12 place settings, or if we do some very unscientific rounding, around 70 average sized dinner plates (26.5 cm in diameter). Using these estimations, we can thus assume that 4 teaspoons can be used for 70 plates, or, 1 teaspoon for 17.5 plates. The area of an average plate is 240.5281875 cm^2 on one side, or 481.056375 cm^2 on both sides. This means that one teaspoon of dishwashing powder can clean 481.056375 cm^2. The Large Moveable radio telescope at Parkes Observatory is 64 metres in diameter, or 3200 cm in radius. As the dish is curved, we cannot calculate the exact area, but if it was flat it would be around 32169908.772 cm^2. This means that due to our previous calculations, you would need around 66873 teaspoons (rounded) or 334.365 kilograms of KitchenAid commercial dishwashing powder to wash the Parkes Observatory 64 radio telescope. However keep in mind that the Dish is rounded, meaning that the value is actually much much larger than that.

This fact is amazing: it involves maths, one of our own telescopes and a pun. It definitely only just missed the cut for a DVD. Wondering how we do clean those massive dishes now? Well, Mother Nature does a pretty good job but every now and then there is maintenance work that needs to be done to clean away rust and oil deposits. There can also be some degradation to painted surfaces over time and so you need to remove old paint and repaint, often by hand using brush and rollers (spraying can risk paint getting into electronics and onto gears etc).

David Barrett Because all optical space telescopes use mirrors, we may never find out if there are space-vampires.

So this is the most amazing shower thought ever. Now to burst bubbles… we (CSIRO) don’t know the ins and outs of every single instrument on every space telescope so we can’t verify that all optical space telescopes exclusively use mirrors. Also, as anyone who took Philosophy of Science 101 could tell you, any theory that is irrefutable (because there is no way to prove or disprove it) is actually non-scientific. We let that slide because ~space-vampires~.

Benjamin Fitzpatrick GPS works by your device asking three different satellites “what’s the time?” the milliseconds deference in the time it takes for each satellites signal to reach your device is used to calculate your coordinates.

Bonus fact: Australia is on the planet’s fastest moving tectonic plate, we’re drifting up and a little to the right about seven centimetres each year which means our GPS maps are a ~little~ bit off.

False. This is incorrect – no one gets sick of (old school) Simpsons.

Sarah MacNaught Australia still talks to Voyager 1. It’s one of the oldest space missions and is now outside the solar system. That just blows my mind.

We certainly are! Actually we’re supporting quite a few missions including the Mars Rover and New Horizons.

There’s so much more to space than telescopes and astronomers