Fifty years ago, speaking on the value of space exploration, the then Prime Minister of Australia, (Sir) Robert Menzies, in an address to staff and honoured guests at the Tidbinbilla Deep Space Instrumentation Facility (TDSIF), said:

“The stretching out of the borders of our own technological knowledge is so important, …we perhaps direct too much attention to some distant end result and too little to the fact that in this century, increasingly in this century, the country that is backward in these fields will be backward in a hundred ways that may not appear to be closely connected with what is going on. Therefore this is a great step forward, a notable event in this technological period of our lives.” 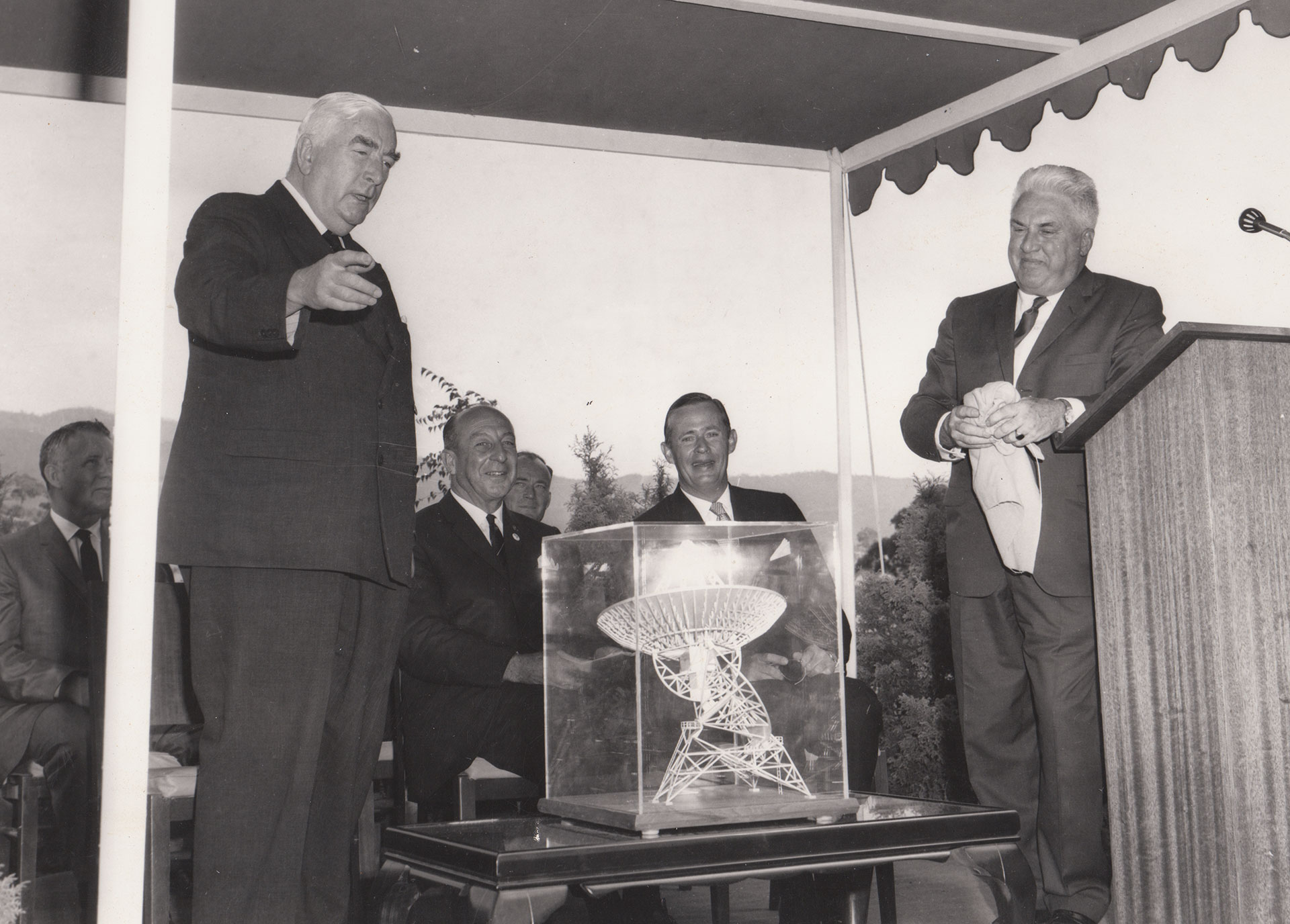 ‘A great step forward’ was exactly what was taken at the official opening of the TDSIF, now known as the Canberra Deep Space Communication Complex (CDSCC) on the 19th March 1965. 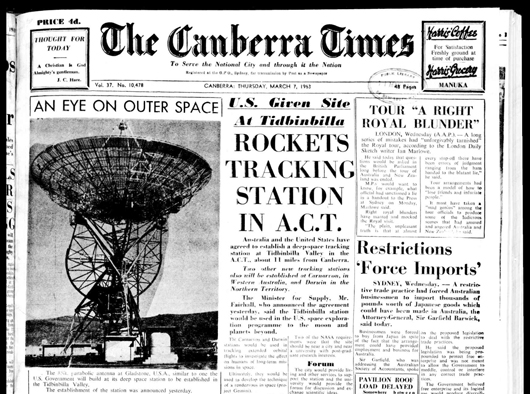 A news clipping about the Australia-US agreement, from the Canberra Times, 7 March 1963. Via: Trove Digitised Newspapers.

Those first steps have since seen both human and robotic space explorers take great strides across the Solar System and beyond. Throughout the last five decades it has been the role of CDSCC to provide uninterrupted, two-way radio contact with these voyages into deep space.

CDSCC is a part of NASA’s Deep Space Network (DSN). Three tracking stations, equidistantly located around the world and featuring giant radio dish antennas that relay commands and receive data from dozens of spacecraft exploring the Sun, planets, moons, comets and asteroids of our solar system.

As you might imagine, a lot has happened in the last 50 years. The first interplanetary probes have lead to a flotilla of sophisticated robotic spaceprobes now traversing the surfaces of or orbiting around virtually every major celestial body in our region of space. 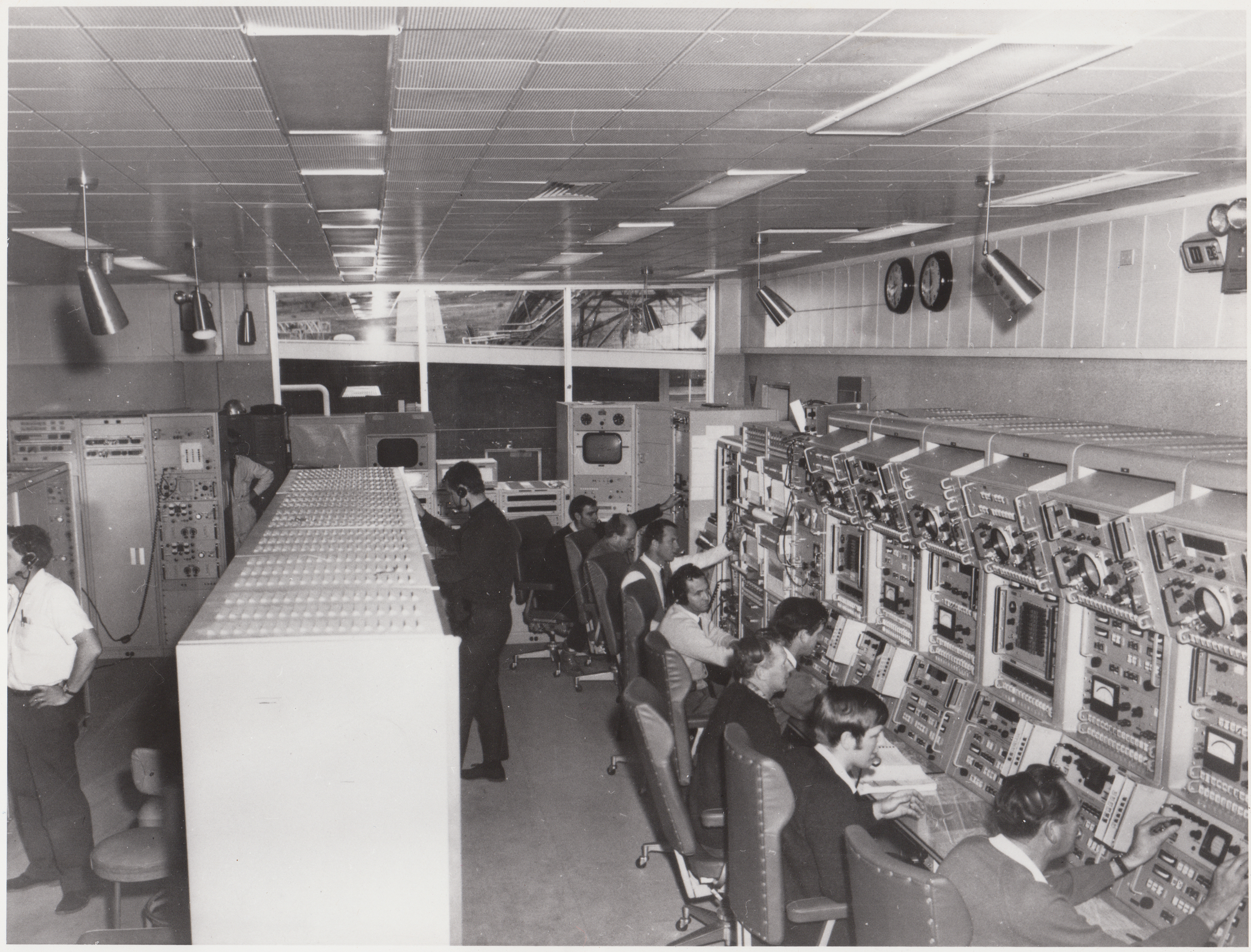 The control room for DSS42, the station’s original antenna which started life as a 26-m dish antenna, and expanded to 34-m for later missions. Dozens of operators were on duty at any one time monitoring individual systems. Today a centralised control room operates all the station’s antennas with a team of only 5 or 6, thanks to technological progress.

The early technology, with buildings full of refrigerator-sized computers and consoles full of dials, gauges, switches and buttons have become the high-speed computer processors and multitasking digital screens of today.

The first antennas were relatively small, single-purposed dishes that have now given way to the massive, super-sensitive, multi-receiver and multi-spacecraft capable antennas that daily transmit to and receive from 40 missions representing more than 20 nations exploring the cosmos. 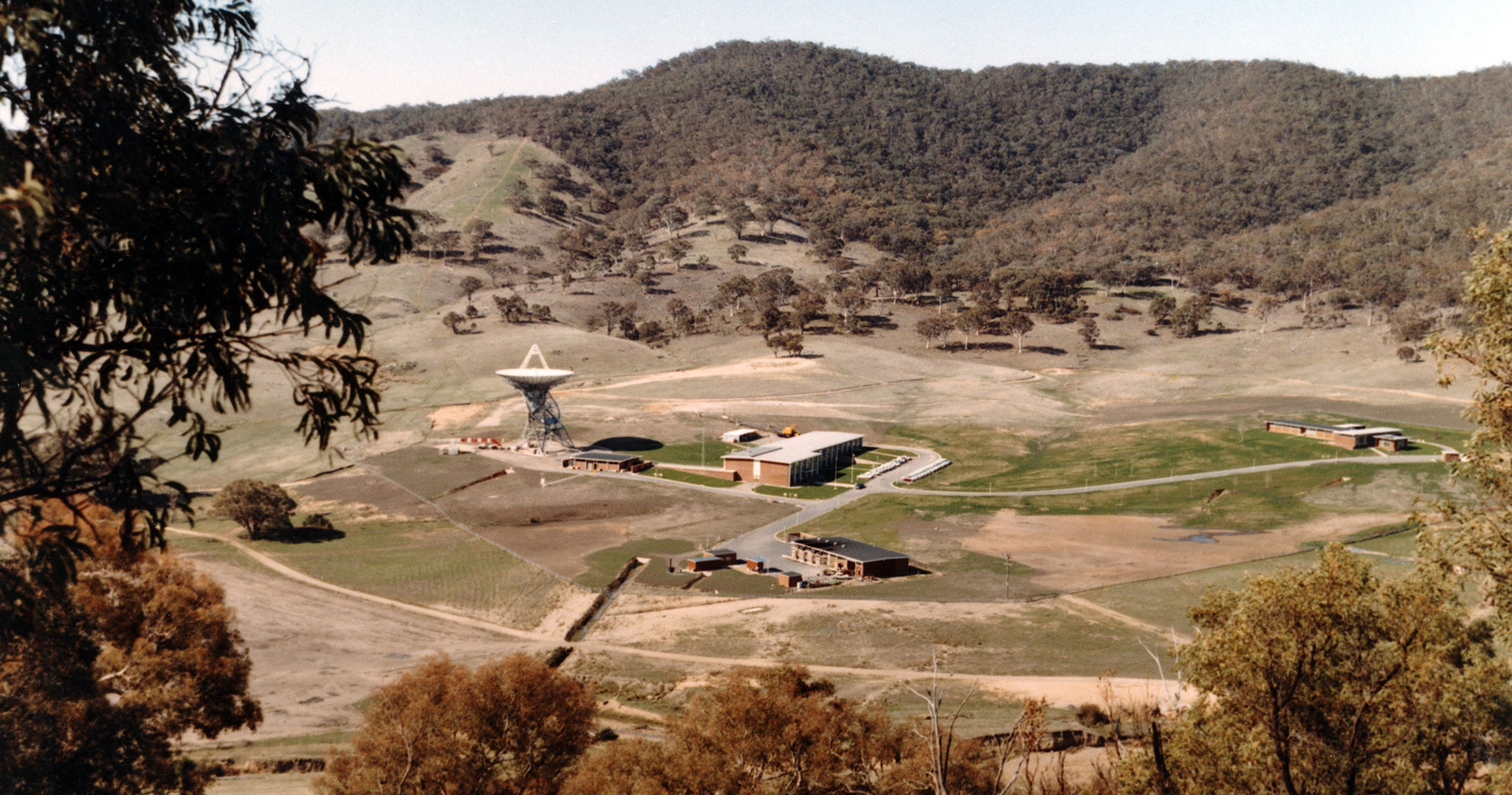 The Tidbinbilla valley in 1965.

For CDSCC at Tidbinbilla, the valley has undergone massive changes as well. When opened in 1965, the site had a single antenna and a few of buildings to support its operation. In 2015, five dishes dominate the landscape, with a sixth antenna currently under construction.

The Tidbinbilla valley to 2015.

CDSCC has been involved in many of space exploration’s greatest moments, from receiving the first images of NASA’s Mariner 4 spacecraft as it made the first close-up flyby of the planet Mars in July 1965, through to the recent landing of the European Space Agency’s Philae probe on the surface of Comet 67P Churuymov-Gerasimenko.

The tracking station supported every Apollo lunar mission and handled telemetry, command and control communications for the landings of NASA’s twin Mars Rover – Spirit and Opportunity – as well as the dramatic ‘skycrane’ arrival of the Curiosity rover on the red planet.

Leaving our Sun’s influence behind, the two Voyager spacecraft are still in contact with Earth through Tidbinbilla’s giant 70-metre dish, Deep Space Station 43, the largest steerable antenna dish in the southern hemisphere. 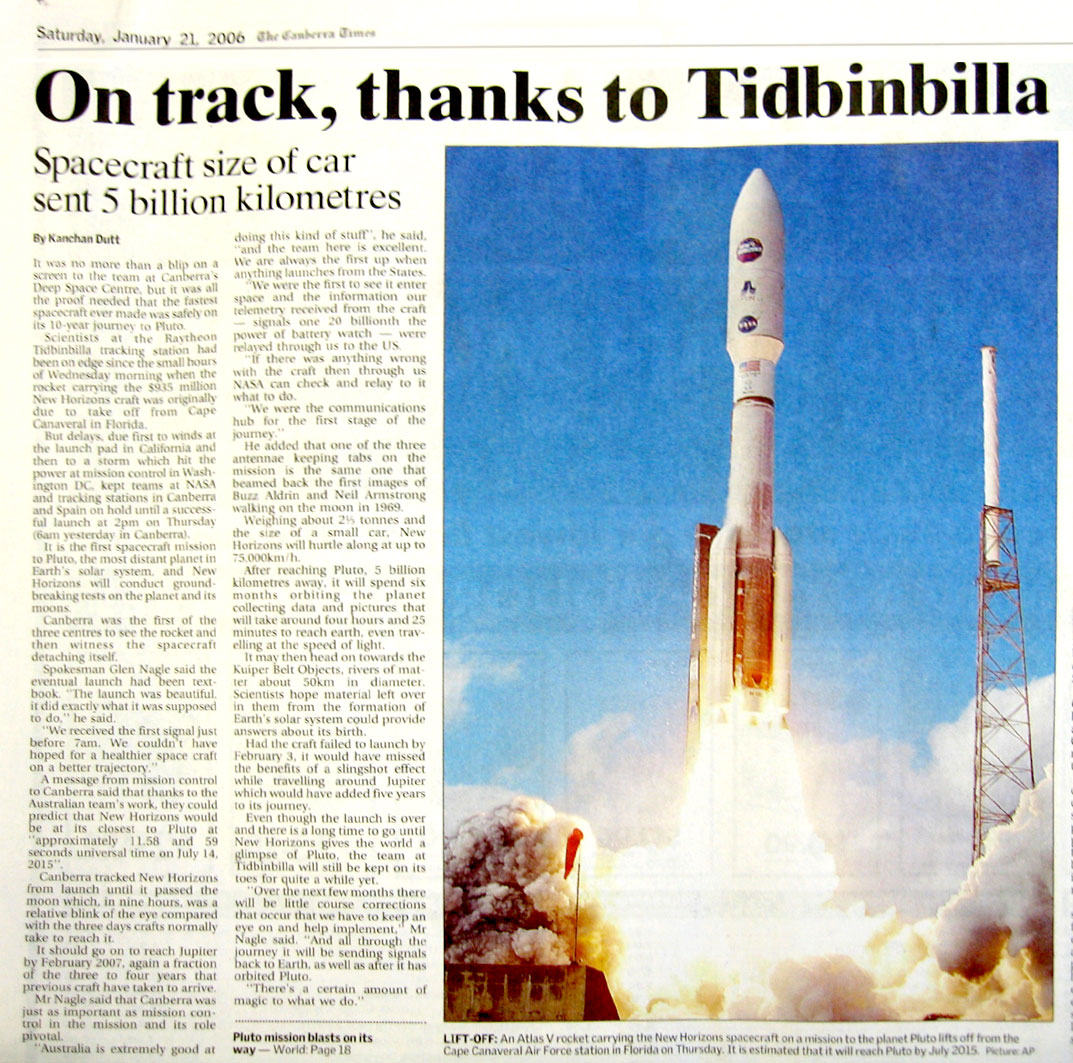 Look up a mission into deep space (the Moon and beyond) and CDSCC has probably played a major role in its success.

Even now, the tracking complex is gearing up for the July arrival of NASA’s New Horizons spacecraft which will take humanity’s first close up view of Pluto and will help bring the world some of the very first images of that distant world.

It’s been a remarkable 50 years but none of the astounding technological feats would have been possible without the tireless dedication of the hundreds of men and women who have worked at the Complex.

Some have spent only a few short years there, while others have worked for 20, 30 and 40 years in the business of spacecraft tracking and communications. The true pioneers who have taken us from the days of grainy, black and white images of the Moon, to the high resolution, 3D colour imagery we enjoy today from places like Mars and Saturn.

It’s their dedication that makes space exploration possible. Next time you watch a spacecraft land on Mars at 3am in the morning on Christmas day (and CDSCC has done that), know that it took a skilled team of Aussie engineers, technicians, antenna operators and support staff to do it. 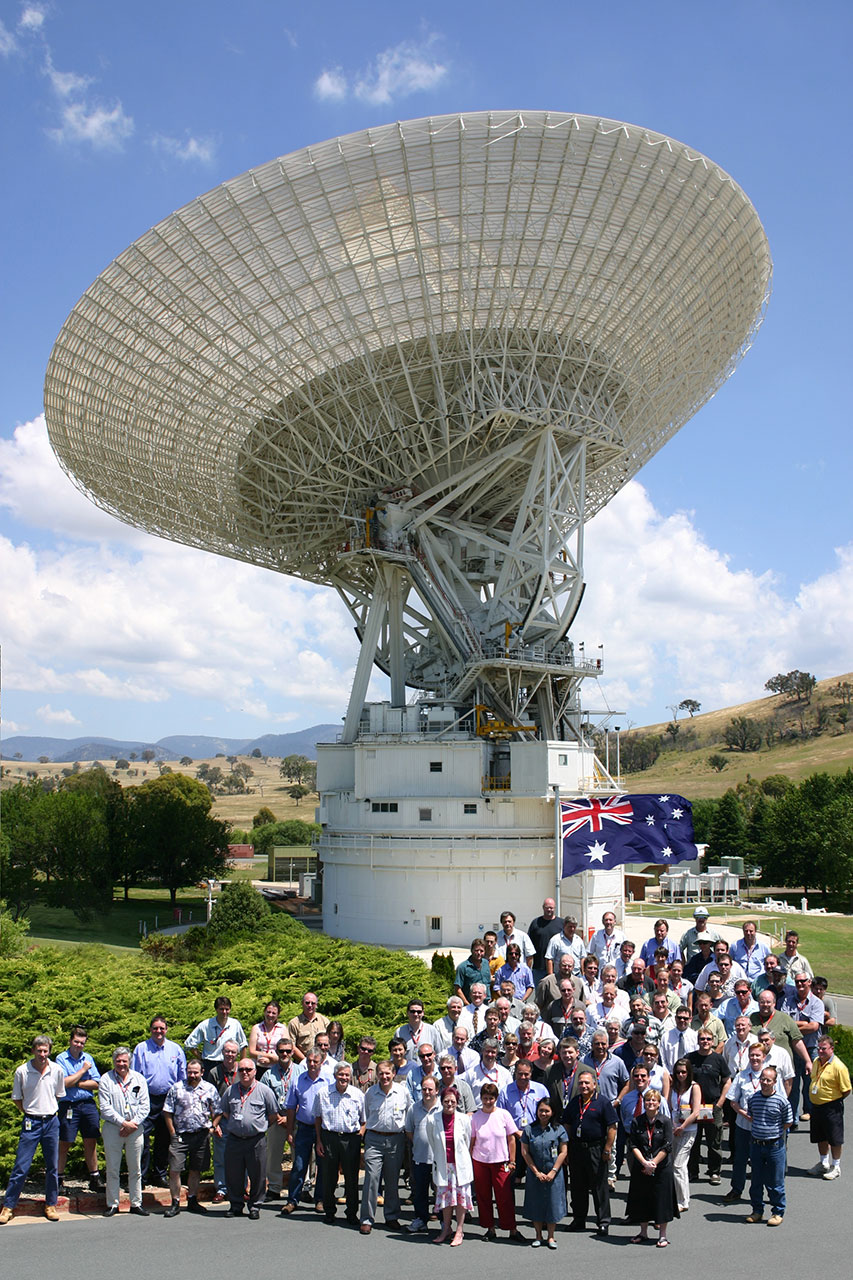 By the way, since 2010, that team have been all CSIRO employees – every day making the impossible, possible.

While the feats of the last 50 years have been incredible, it will be the feats, as yet unimagined, of the next fifty years that will continue to define the story of this remarkable facility. 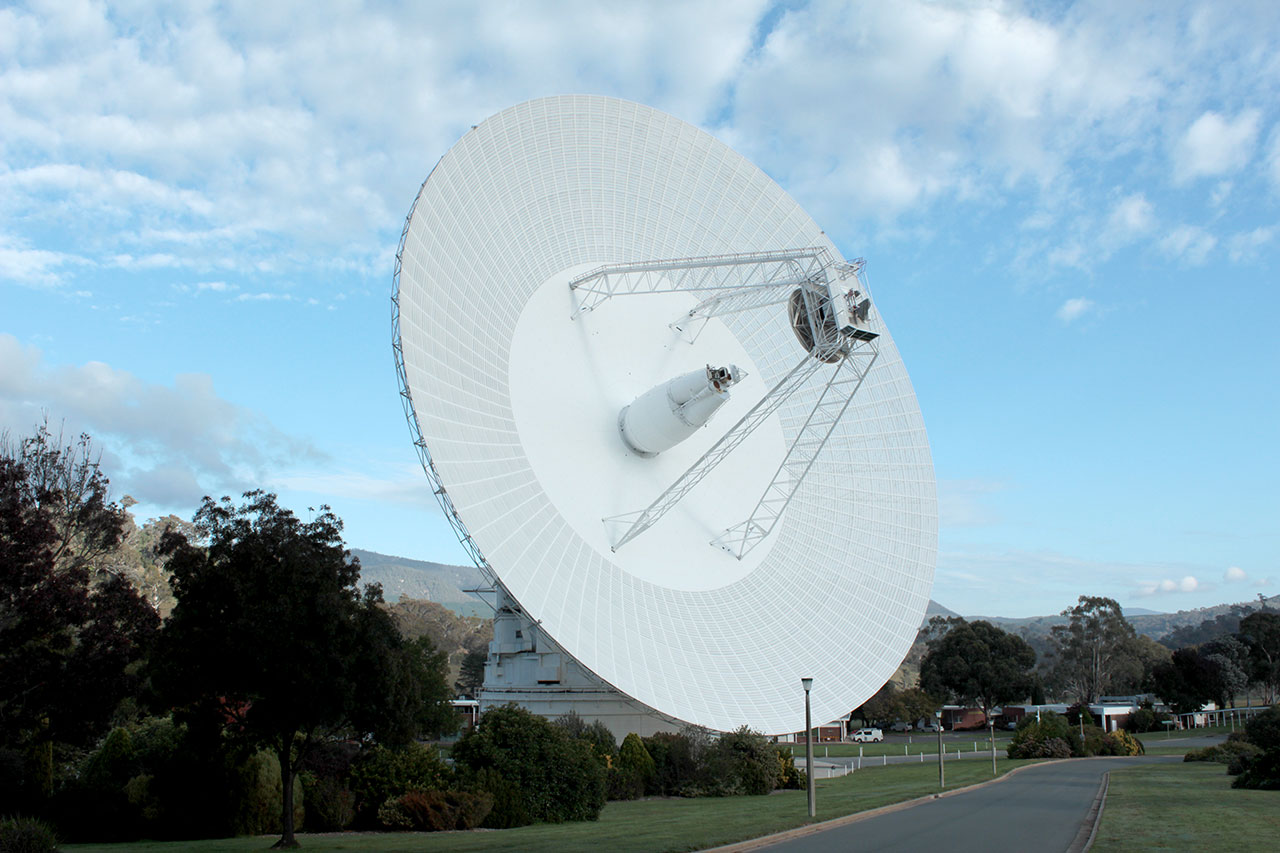 Previous post:
What’s the MNF Steering Committee been up to?
Coming up next:
Mobilisation for the maiden voyage has begun!