Listeria in rockmelons: what you need to know

Listeria in rockmelons: what you need to know

Listeria monocytogenes, along with Salmonella, is responsible for more deaths in Australia than any other foodborne disease, each accounting for about 15 deaths per year. So, how do we avoid contracting it from rockmelons? 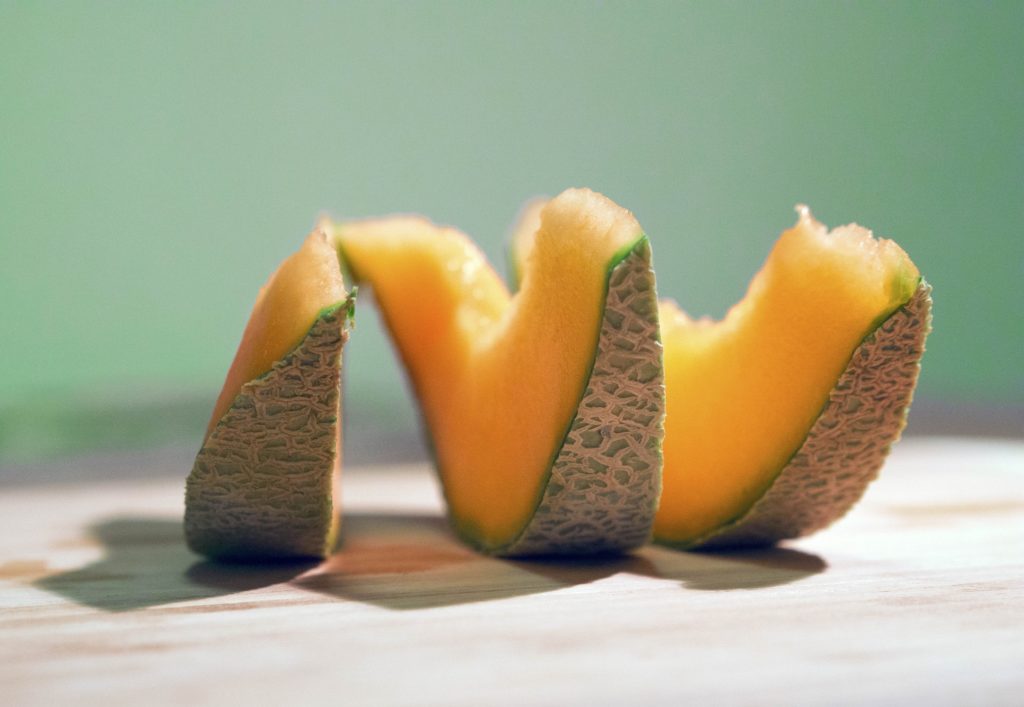 One of the largest outbreaks due to Listeria monocytogenes on rockmelons was in the US in 2011, where 33 people died. In Australia between January and April 2018, there were 22 human cases of listeriosis associated with consumption of rockmelons linked to a single NSW farm. The cases of listeriosis occurred across New South Wales, Victoria, Queensland and Tasmania and led to seven deaths and a miscarriage. The NSW Food Authority report on the investigation into the outbreak concluded that adverse weather events were the major contributors to the outbreak, with heavy rains in December and subsequent dust storms significantly increasing the organic load and amount of Listeria on the fruit. Some other factors were also noted as potentially contributing to a lesser extent.

The incidence of listeriosis (the bacterial infection caused by eating food contaminated by Listeria) is comparable in Australia to other western countries – we have around 60-70 cases per year. We had an outbreak linked to cheese in late 2012-early 2013 and that was our last large-scale Listeria incident. Listeria, along with Salmonella, is responsible for more deaths in Australia than any other foodborne disease, each accounting for about 15 deaths per year.

Listeria is generally only contracted by a fairly small, vulnerable group of people – the elderly, unwell and pregnant women – but it is fatal for about 1 in 5 of those who contract it. Compared to other pathogens (microorganisms that make humans sick or is fatal) like Salmonella or E coli, Listeria has a high mortality rate among the risk groups. The three people who have unfortunately passed away this week from infected rockmelons were over 65.

Listeria is abundant in the environment and therefore it’s difficult for food producers and processors to control it. It’s commonly found in the soil which, of course, is where horticultural crops like rockmelons happen to grow. Additionally, the ‘netted’ nature of the rockmelon skin makes it particularly hard to clean and sanitise. Listeria can go from the soil to the melon skin and although it doesn’t grow on the skin, when we slice the melon to eat it that can introduce it into the flesh. Then, we mightn’t eat it all at once but a few days later cut it up some more and put it out to eat at a picnic, and the bacteria has grown even more. Or if you leave it out of the fridge, it can grow faster. Listeria grows at four degrees but keeping it in the fridge will help slow the growth.

So, should we wash rockmelons at home before eating them? It shouldn’t be necessary because they’ve already undergone a cleaning process. Australia’s food safety procedures are among the best in the world but there’s no harm in giving them a scrub, especially if obvious dirt can be seen on the fruit.

Rest assured, the rockmelon industry has taken significant steps to even further strengthen their food safety procedures since the incident including one-on-one food safety consultations with all Australian rockmelon growers and packing sheds and developing a best practice toolbox.

What can we do at home to reduce our risk of food-borne illness? Key food safety tips include washing your hands, storing food that is meant to be chilled (like salad bags) at 5 degrees or colder, cooking food properly and keeping raw and cooked foods separate during storage and preparation. An additional outcome of the 2018 outbreak is that health authorities are now recommending that vulnerable persons do not consume rockmelons, along with other higher risk foods, to minimise their risk of exposure to Listeria (see more in the NSW Health Listeriosis fact sheet).

Previous post:
Birth of the first stars seen from Australia
Coming up next:
Curious Kids: Where do flies sleep?