This week the world stopped and stared as the UN announced over a million species are threatened with extinction. In Australia, one threat eclipses all others. 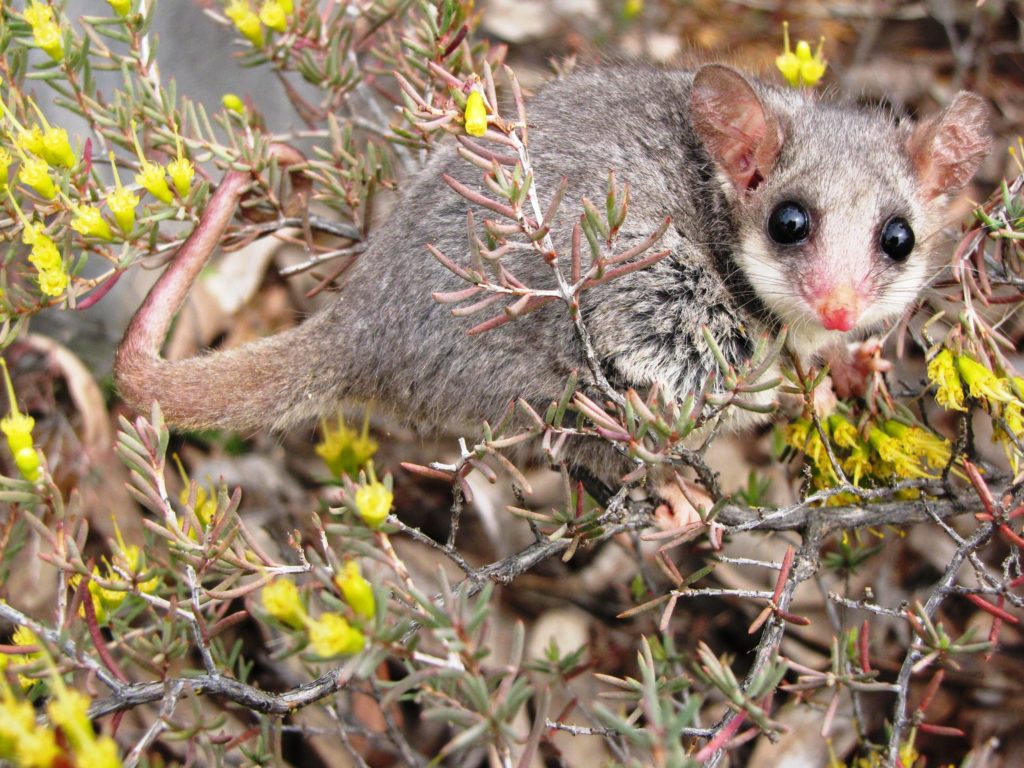 Feral foxes and cats are known predators of the eastern pygmy possum, which is threatened with extinction. Photo by Phil Spark.

This week many people across the world stopped and stared as extreme headlines announced that one eighth of the world’s species – more than a million – are threatened with extinction.

According to the UN report from the Intergovernmental Science-Policy Platform for Biodiversity and Ecosystem Services (IPBES) which brought this situation to public attention, this startling number is a consequence of five direct causes: changes in land and sea use; direct exploitation of organisms; climate change; pollution; and invasion of alien species.

It’s the last, invasive species, that threatens Australian animals and plants more than any other single factor.

Australia has an estimated 600,000 species of flora and fauna. Of these, about 100 are known to have gone extinct in the last 200 years. Currently, more than 1,770 are listed as threatened or endangered.

While the IPBES report ranks invasive alien species as the fifth most significant cause of global decline, in Australia it is a very different story.

Australia has the highest rate of vertebrate mammal extinction in the world, and invasive species are our number one threat.

Cats and foxes have driven 22 native mammals to extinction across central Australia and a new wave of decline – largely from cats – is taking place across northern Australia. Research has estimated 270 more threatened and endangered vertebrates are being affected by invasive species. 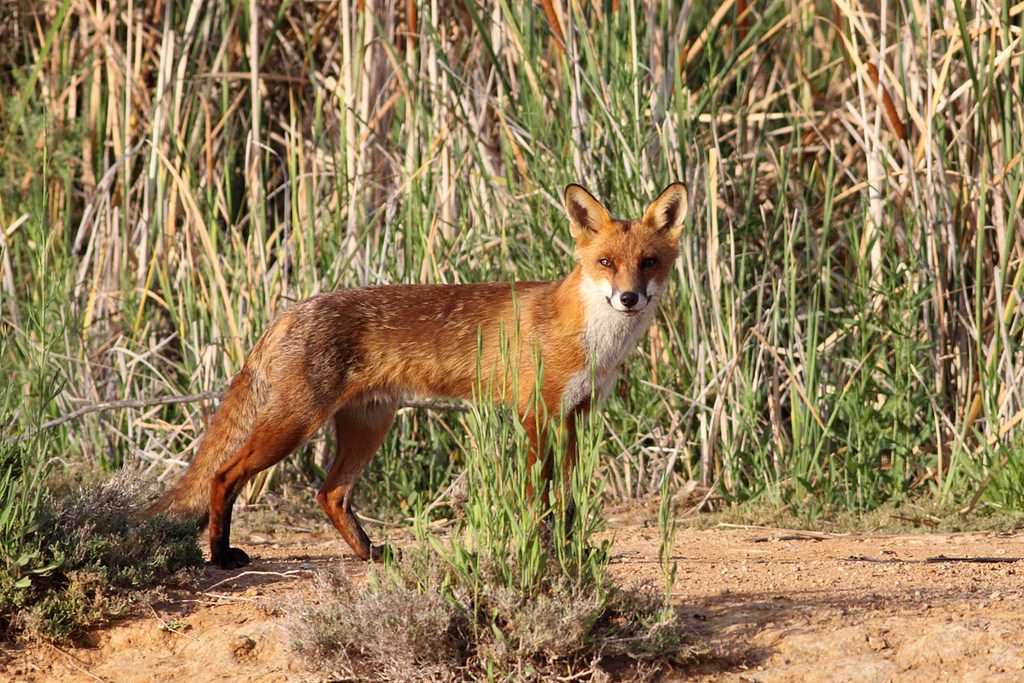 The introduction of the European red fox (Vulpes vulpes) has been disastrous for our wildlife. Image: Harlz_

The effects of invasive species are getting worse

Although Australia’s stringent biosecurity measures have dramatically slowed the number of new invasive species arriving, those already here have continued to spread and their cumulative effect is growing.

Recent research highlights that 1,257 of Australia’s threatened and endangered species are directly affected by 207 invasive plants, 57 animals and three pathogens.

These affect our unique biodiversity, as well as the clean water and oxygen we breath – not to mention our cultural values.

When it comes to biodiversity, Australia is globally quite distinct. More than 70% of our species (69% of mammals, 46% of birds and 93% of reptiles) are found nowhere else on earth. A loss to Australia is therefore a loss to the world.

Some of these are ancient species like the Wollemi Pine, may have inhabited Australia for up to 200 million years, well before the dinosaurs.

But invasive species are found in almost every part of Australia, from our rainforests, to our deserts, our farms, to our cities, our national parks and our rivers.

The cost to Australia

The cost of invasive species in Australia continue to grow with every new assessment.

The most recent estimates found the cost of controlling invasive species and economic losses to farmers in 2011-12 was A$13.6 billion. However this doesn’t include harm to biodiversity and the essential role native species play in our ecosystems, which – based on the conclusions of the IPBES report – is likely to cost at least as much, and probably far more.

From island to savannah

Globally, invasive species have a disproportionately higher effect on offshore islands – and in Australia we have more than 8,000 of these. One of the most notable cases is the case of the yellow crazy ants, which killed 15,000,000 red land crabs on Christmas Island. 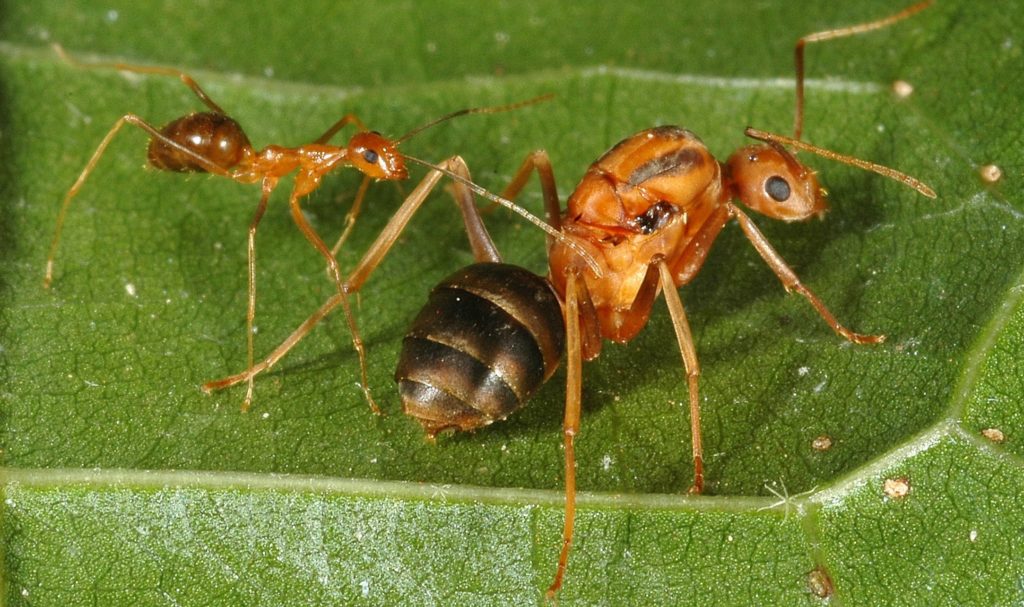 The yellow crazy ant is one of the world’s top 100 most invasive pests. They can form huge colonies, totally displacing native animals and seriously disrupting ecological processes.

Nor are our deserts immune. Most native vertebrate extinctions caused by cats have occurred in our dry inland deserts and savannas, while exotic buffel and gamba grass are creating permanent transformation through changing fire regimes.

Australia’s forests, particularly rainforests, are also under siege on a number of fronts. The battle continues to contain Miconia weed in Australia – the same weed responsible for taking over 70% of Tahiti’s native forests. Chytrid fungus, thought to be present in Australia since 1970, has caused the extinction of at least four frog species and dramatic decline of at least ten others in our sensitive rainforest ecosystems.

Australia’s rivers and lakes are also under increasing domination from invasive species. Some 90% of fish biomass in the Murray Darling Basin are European carp, and tilapia are invading many far north Queensland river systems pushing out native species .

Invasive alien species are not only a serious threat to biodiversity and the economy, but also to human health. The Aedes aegypti mosquito found in parts of Queensland is capable of spreading infectious disease such as dengue, zika, chikungunya and yellow fever.

And it’s not just Queensland that is under threat from diseases spread by invasive mosquitoes, with many researchers and authorities planning for when, not if, the disease carrying Aedes albopictus establishes itself in cooler and southern parts of Australia. 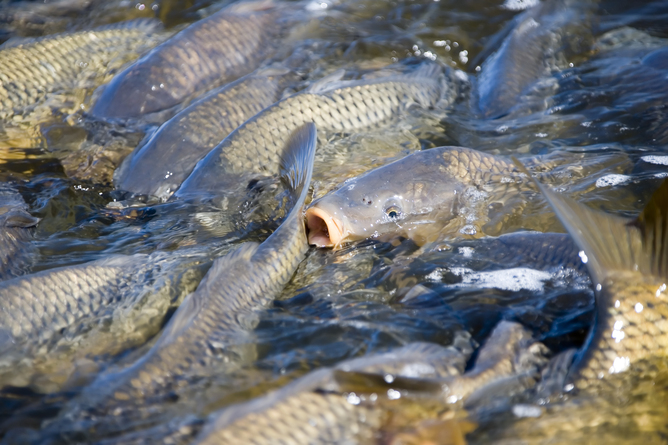 We have been testing in quarantine a new virus to control invasive carp. CSIRO

What solutions do we have?

Despite this grim inventory, it’s not all bad news. Australia actually has a long history of effectively managing invasive species.

Targeting viruses as options for controlling rabbits, carp and tilapia; we have successfully suppressed rabbit populations by 70% in this way for 50 years.

Weeds too are successful targets for weed biological control, with over a 65% success rate controlling more than 25 targets.

The IPBES report calls for “transformative action”. Here too Australia is at the forefront, looking into the potential of gene-technologies to suppress pet hates such as cane toads.

Past and current invasive species programs have been supported by governments and industry. This has provided the type of investment we need for long-term solutions and effective policies.

Australia is better placed now, with effective biosecurity policies and strong biosecurity investment, than many countries. We will continue the battle against invasive species to stem biodiversity and ecosystem loss.

This article was originally published in The Conversation. View the original here.

Previous post:
How your food choices can benefit more than just your health
Coming up next:
Dropping a line in the Indian Ocean