Glow ups, discoveries and being immortalised as a worm – Happy anniversary RV Investigator!

Glow ups, discoveries and being immortalised as a worm – Happy anniversary RV Investigator!

As the sun sets on another busy year, let us take you for a dip into the amazing science that our research vessel Investigator has delivered. 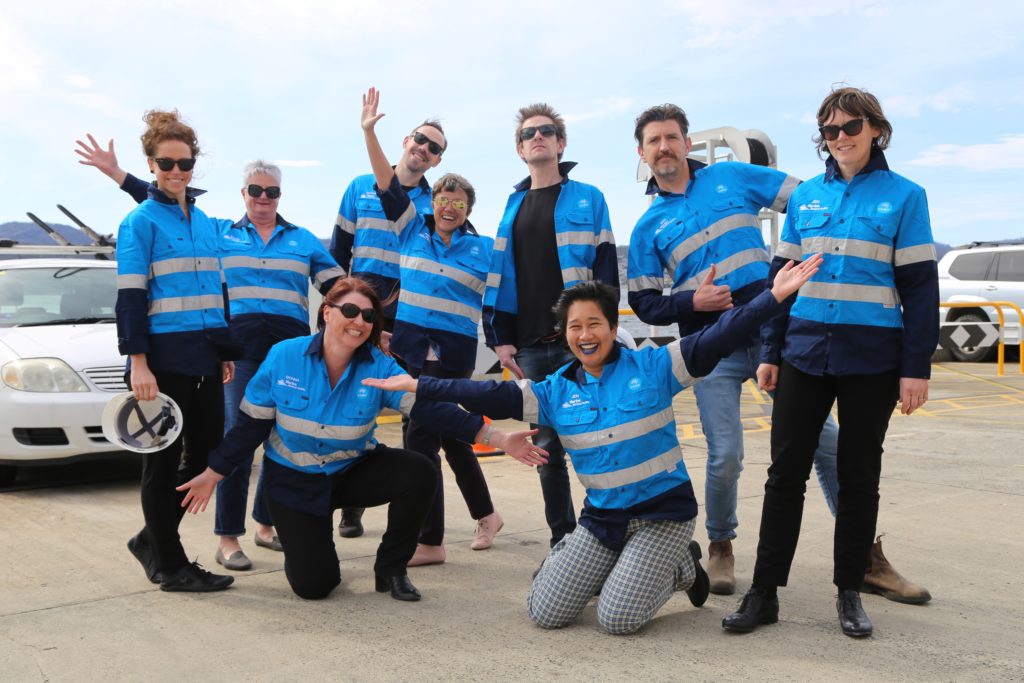 We’ve got the right stuff (the right stuff)!  From baby-faced new research ship on the block to seasoned ocean research veteran, a year is a long time in marine science.

In 2019, our blue-water research vessel Investigator will deliver ten voyages. These span waters from Antarctica to Singapore, with port calls in Hobart, Fremantle, Cairns, Brisbane and Darwin. We enabled teams of scientists from near and far to map the seafloor, undertake biological surveys, search for lost shipwrecks and deliver training for our future leaders in marine science. We’ve also contributed to long-term ocean and climate monitoring systems, opened our hatches to the public in new cities, and voyaged far and wide to study the atmosphere surrounding the continent.

In summary, the year was YUGE! Let’s dive in.

Animals all at sea

Those on RV Investigator saw amazing natural sights during 2019, including these beautiful animals doing their thing! 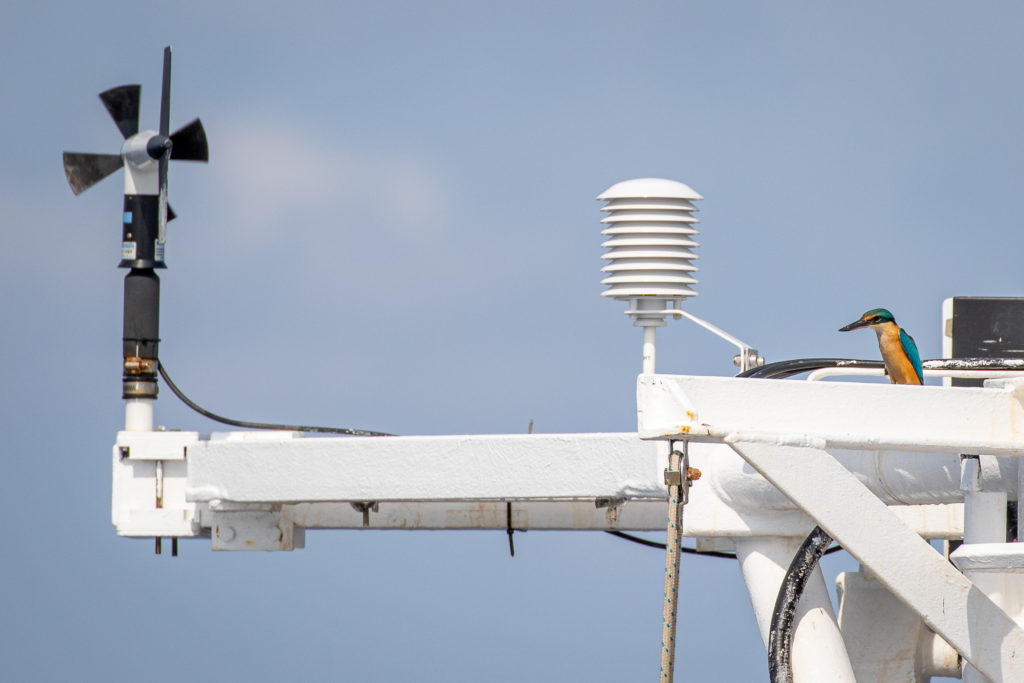 All too late Jenny realised that the open ocean was a poor life choice for a kingfisher. Image: Kylie Jones. 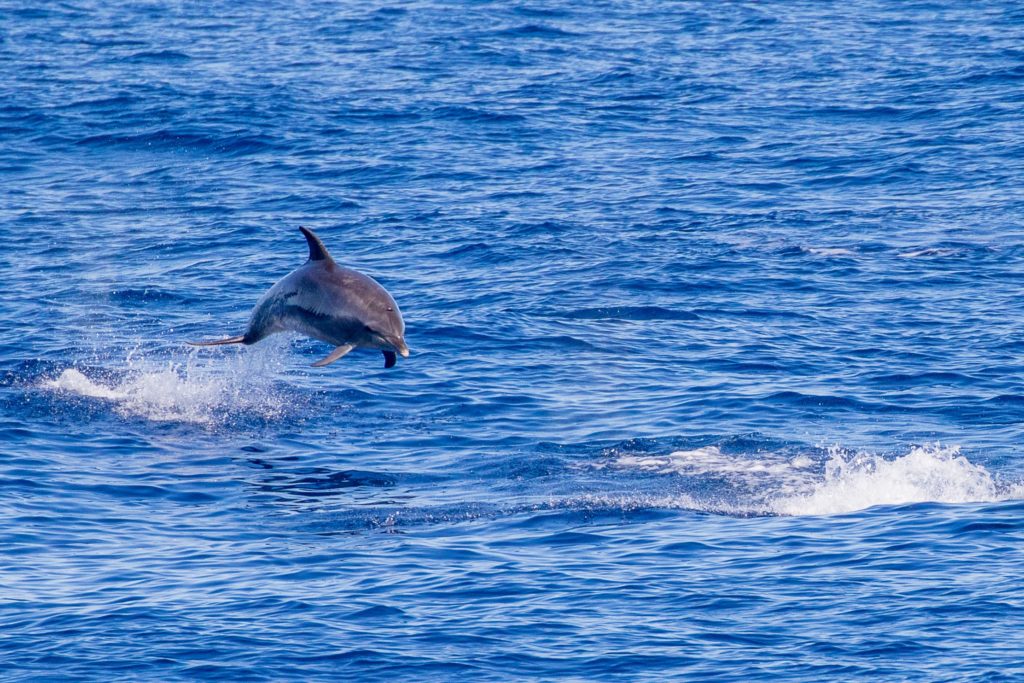 Ridiculed by the other dolphins, Garry still dreamed of being a flying fish. Image Kylie Jones. 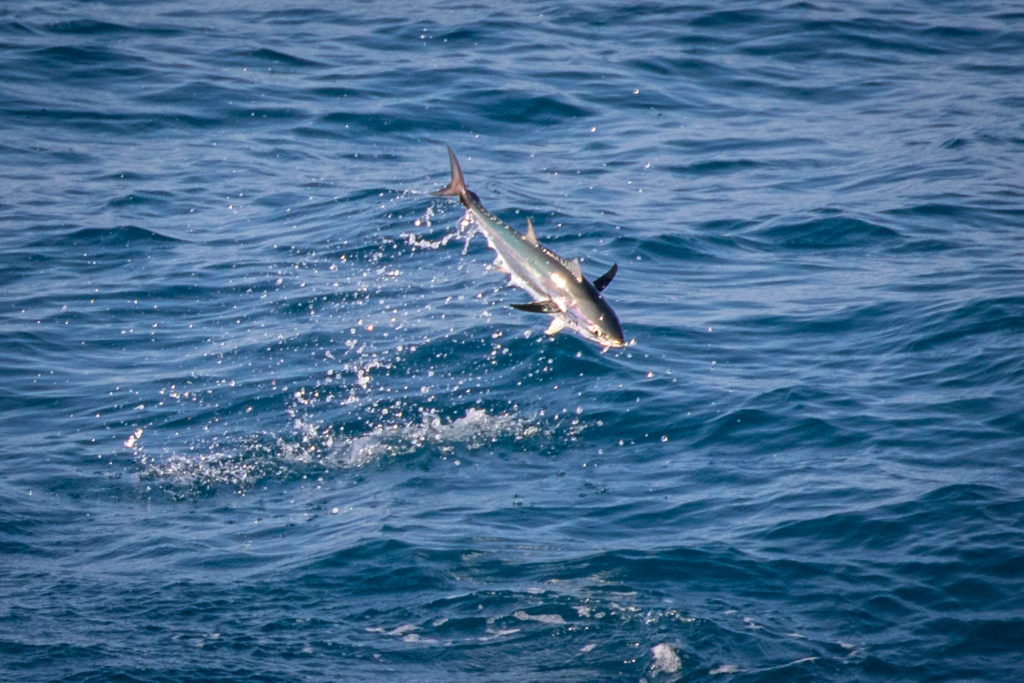 Never one to listen to the other tuna, Tina followed Garry in his ambitions. Image Kylie Jones.

They call me RV Worm

Keeping with the animal theme, a giant in the music industry once said: “They call me Dr Worm. Good morning, how are you? I’m Dr Worm. I’m interested in things. I’m not a real doctor but I am a real worm.”

They Might be Giants could very well have written this song, with some small changes, with RV Investigator in mind. For the first time ever, researchers immortalised the ship in animal form during 2019 as a worm!

Luckily for us, it was a funky deep-sea worm discovered during our Sampling the Abyss voyage in 2017. Say hello to our new little friend! 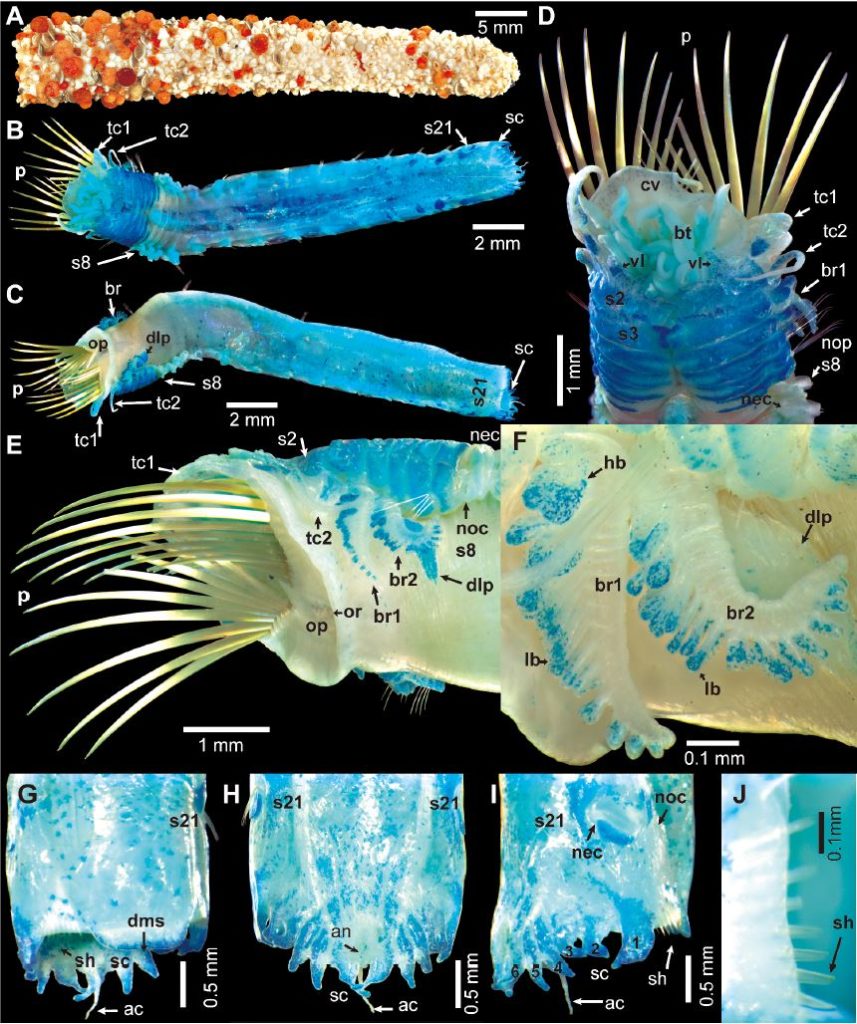 This is Petta investigatoris. It’s a two-centimetre long, totally tubular polychaete worm found along the east coast of Australia at depths of 2000-3000 metres. It comes from a small family of polychaete worms described as “easily recognised by their characteristic ice cream cone-shaped tubes made of sand grains cemented with mucus.” Neat skill.  The worm is new to science, described this year by a team from the Australian Museum.

It doesn’t bear much resemblance to our 94 metre research vessel but at least the colours are close. Yes, we know the colour isn’t natural but he’s not the only one to receive some cosmetic assistance during the year!

This is glowing up

Does your five-year-old take a month to do their hair and makeup? Ours does!

Commissioned into service on 12 December 2014, this year saw RV Investigator hit a milestone – five years of operation! Aww, they grow up so fast. In celebration, the ship took a trip to Singapore. It underwent its first scheduled dry dock at the same shipyard where it was built five years earlier. 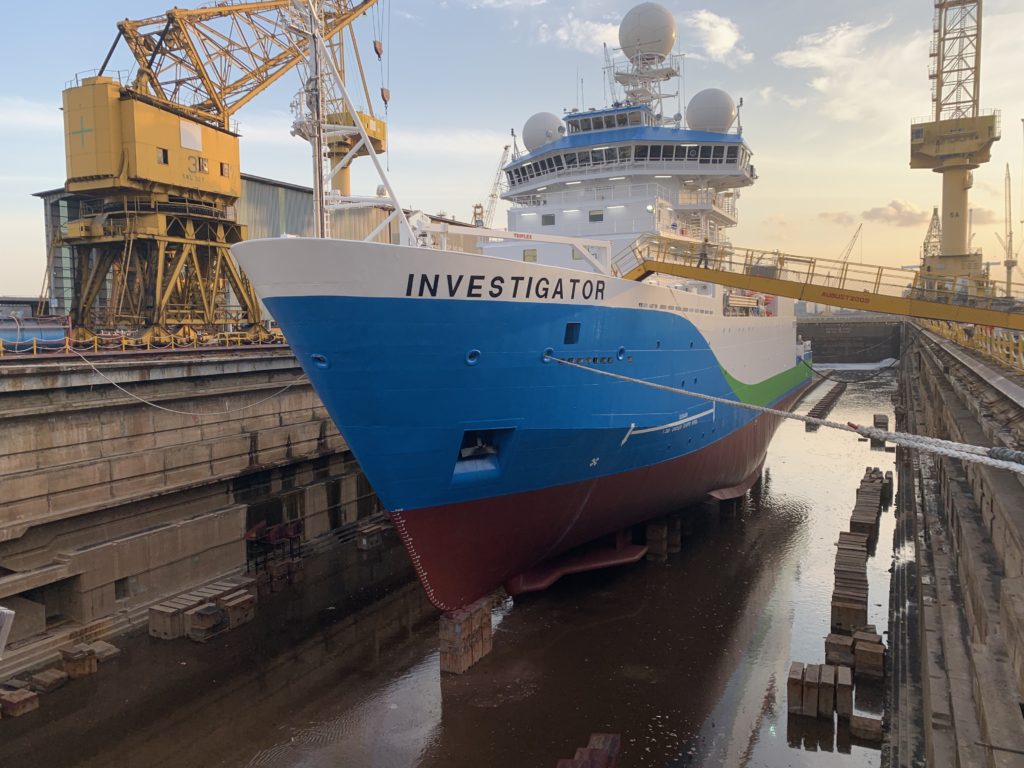 So much afterglow! This is the RV Investigator during its dry dock in Singapore.

Ok, so less of a holiday and more of an overhaul. But what a glow-up!

In addition to a new coat of paint (7578 litres of paint, to be exact), there were various fit-outs and inspections made during the four-week dry-dock. This ensured the ship met its International Maritime Organisation class requirements (which is a pretty big deal). Several improvements and upgrades were also made, including increasing our sediment coring capability to ocean depths of 6000 metres.

Our year wasn’t all about make-overs and new worms though.

A solemn moment for Australia

Of great significance to the nation, this year saw our discovery of the merchant navy vessel SS Iron Crown. It had been missing for 77 years after a Japanese submarine sunk it off the coast of Victoria during WWII.

We discovered the wreck just days before Anzac Day 2019. The announcement of the location of SS Iron Crown confirmed the final resting place for 38 merchant sailors who made the ultimate sacrifice in the service of their country. 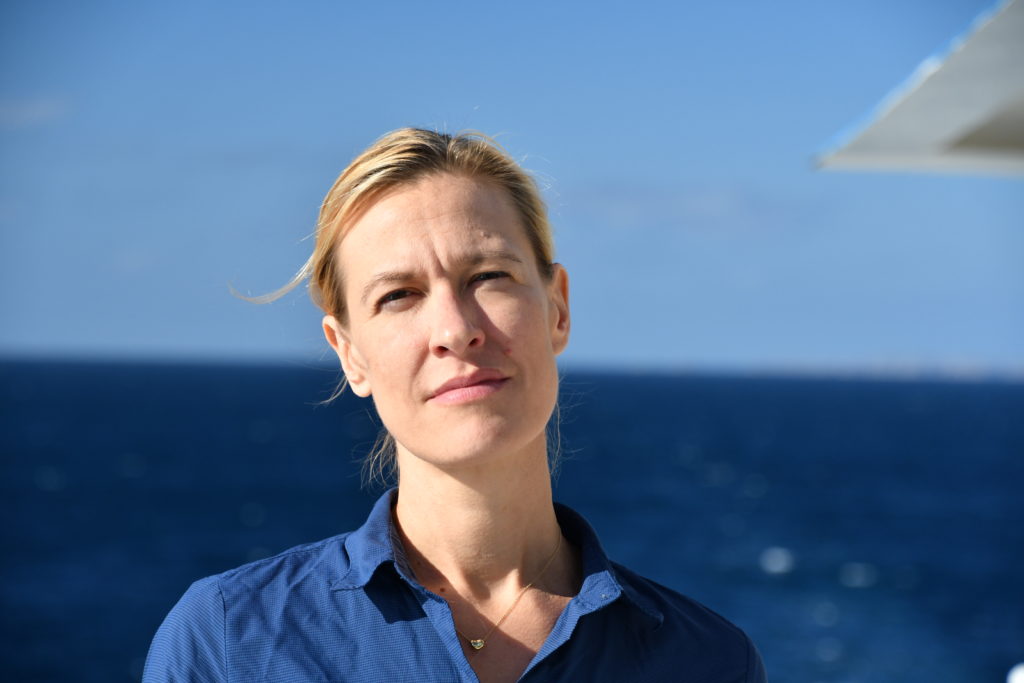 Emily Jateff, a maritime archaeologist with the Australian National Maritime Museum, led the successful search for the wreck of SS Iron Crown.

This year RV Investigator also identified the likely resting place of USS Neosho. The United States oil tanker (the largest in the world at the time) sunk during WWII in the Battle of the Coral Sea.

A James Cook University team on board RV Investigator found the possible location of the wreck at nearly 3000 metres depth. It was near the tanker’s last reported position in the Coral Sea. Dr Robin Beaman lead the team and it was a collaboration with the Department of the Environment and Energy.

Following the discovery, the crew held a memorial service on board. They laid wreaths in remembrance of the 182 crew who died in or as a result of the conflict.

These important maritime heritage discoveries, while not generally the primary research projects on board RV Investigator, highlight the wide capabilities of the vessel. It also demonstrates its capacity to deliver a broad range of important outcomes for the nation. 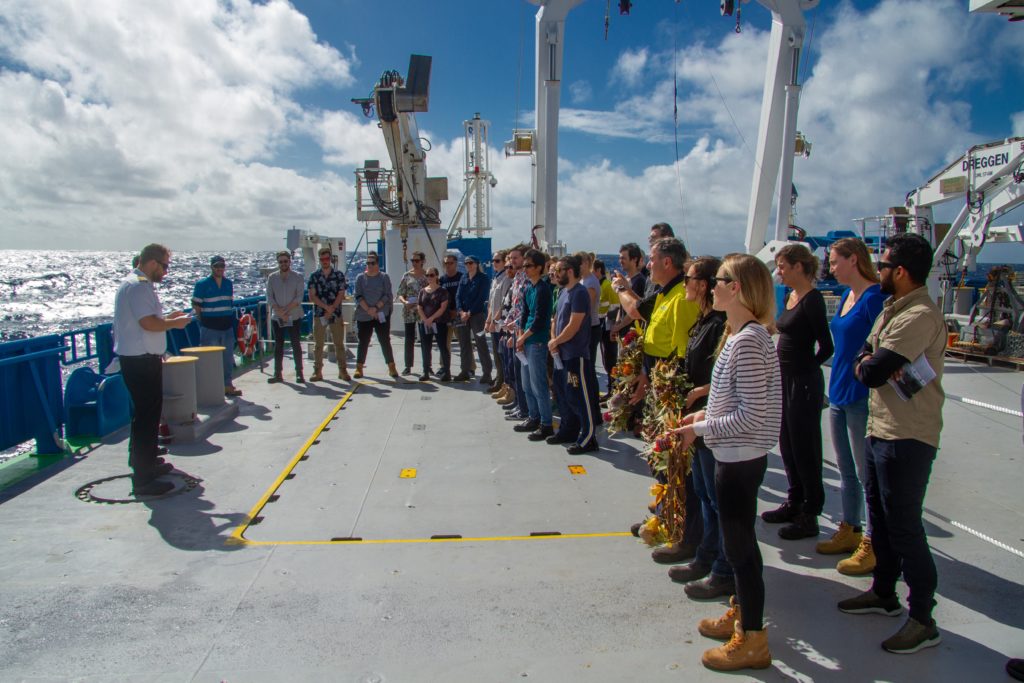 Ship captain, crew and science team on RV Investigator hold a memorial service in the Coral Sea over the likely resting place of USS Neosho.

None are more aware of the contribution and collaboration needed to deliver such a busy year of marine research than Dr Barbara Musso, Facilities Program Director of the Marine National Facility. Barbara both keeps a steady hand on the tiller and rides the wave of enthusiasm delivering marine research creates.

“It’s been a big 12 months and incredibly busy, with Investigator both starting and finishing the year at sea on a voyage,” Barbara said.

“The achievements we delivered are the result of a lot of hard work from very dedicated people on shore and on ship, who often give up their creature comforts to increase our knowledge and understanding of Australia’s vast marine estate.”

“A huge thank you to all involved in our research programs in 2019.”

We salute all who sail on RV Investigator and look forward to them bringing the nation bigger science in 2020! 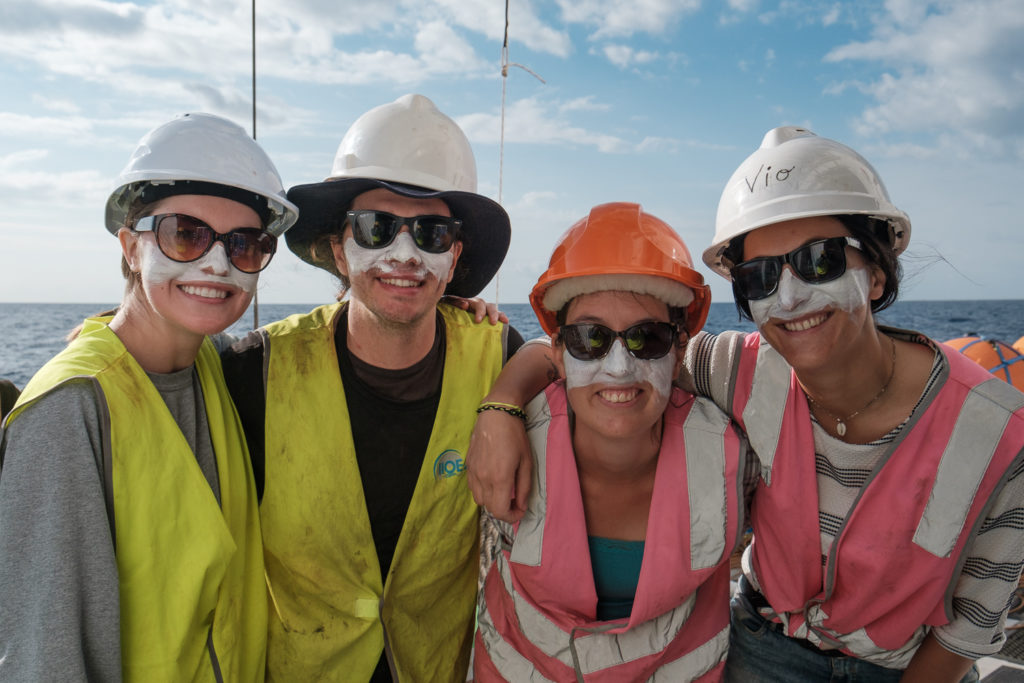 Did we mention that we also relaunched the MNF website during 2019?

Previous post:
Sam vs Wild: from Alzheimer’s to Antarctica
Coming up next:
A dry landscape and a dire season: we explain the current bushfire environment