Dish Horticulture – plant it and they will grow

Dish Horticulture – plant it and they will grow 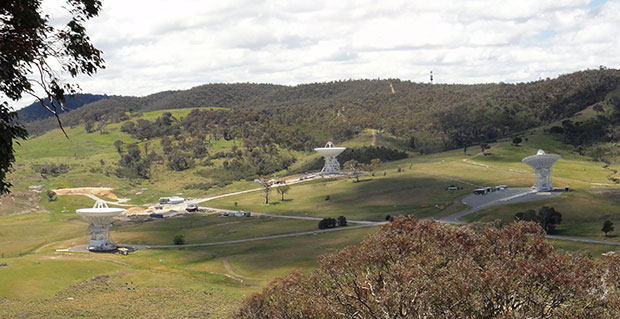 Deep Space Station 36 is about to start construction (far left) while DSS35 (top centre) enters the last phase of construction.

Back in late 2010 and early 2011, when construction began on DSS35, it was planned that the excavation works for both of the new 34 metre, beam waveguide antennas would be done simultaneously. This would allow for general groundworks and initial infrastructure to be put in place for both of the new dishes, saving time later in the construction process. 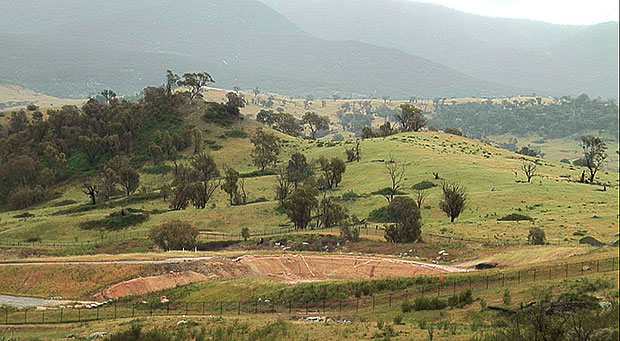 THE HOLE AWAITS: Groundworks for DSS36 have been on hold while construction of DSS35 continues.

Construction commenced on the DSS35 base pedestal structure in early 2011, leaving the excavation for DSS36 idle over the past 2.5 years. That’s all about to change however, with the inital work on the base pedestal for this second dish to get underway later this month.

The design of the beam waveguide antenna means that the key systems of receivers and transmitters are housed in an underground concrete cylinder that’s about two-storeys high (or in this case, deep). Over the next few months, the excavation area will be cleaned up and readied for the pouring of a concrete levelling layer. The layer will then be topped by nearly a metre thick concrete ‘floor’ for the cylinder that will eventually contain the antenna’s electronic systems.

As with DSS35’s construction, webcams will enable the public to watch the new dish as it ‘grows’ over the next three years. The pedestal works will take about a year to complete, including back filling the underground section and preparing the above ground surface area for construction of the actual antenna and dish components.

Currently two web cameras are focussed on the new construction area – webcam A and B. 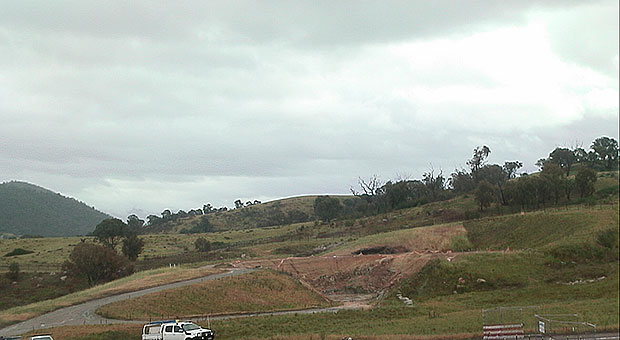 DISH WATCH: Webcams will allow viewers to watch the DSS36 antenna grow over the next three years.

Deep Space Station 35 Update
DSS35 has less than a year to go before it is planned to come online for space tracking. Much of the work to be done now will be ‘inside’ the base pedestal. The antenna will soon be handed over from the construction contractors and be put in the hands of CDSCC’s engineers and technicians for the installation of the antenna’s transmitter and receiver systems. In parallel, antenna pointing calibration will continue and then, under the current schedule, is expected to come into operational service in late 2014.

Meanwhile, above ground, the concrete apron under the dish and road leading up to the antenna is being completed. Webcams will continue to watch DSS35 over most of this final phase before possibly being moved to watch the works on DSS36. DSS35 Webcams C and D.

ON THE SURFACE: The concrete hard deck is being laid around the antenna base. The last stage of above ground works. 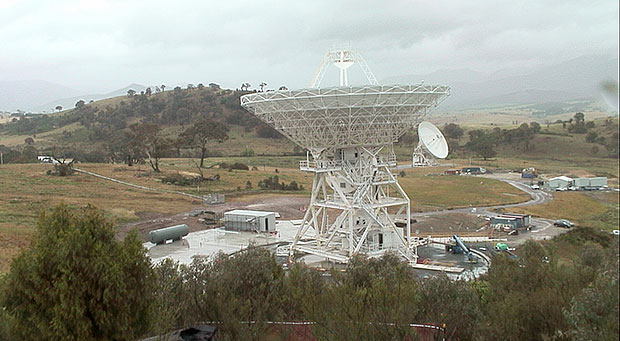 DSS35: Much of the antenna structure is completed, with the serious work of electronics being installed just beginning.

Previous post:
Explainer: why Australia needs biosecurity
Coming up next:
Mega-pest worms its way into Brazil