Our birds are some of the smartest and longest lived birds in the world. Find out some of the weird and wonderful our birds get up to. 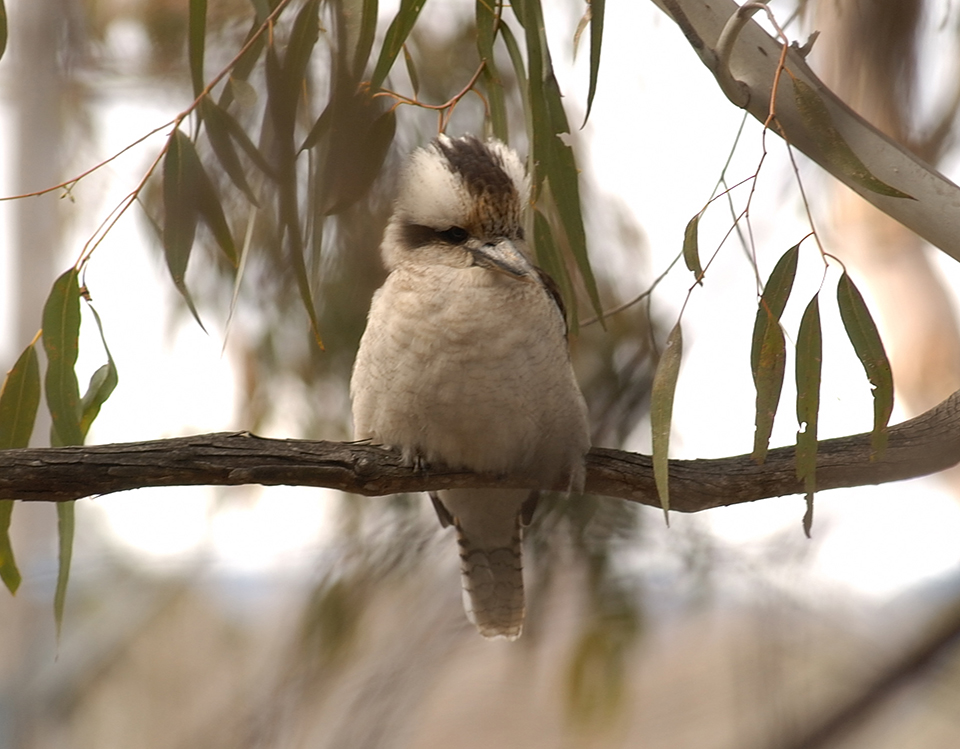 Kookaburra sitting in a tree

Ask someone to name a unique Australian animal and most likely they’ll say kangaroo, platypus or koala. But we should also spare a thought for our unique birds.

Our parrots are not only visually spectacular – with splashes of every colour, in every size and shape – they are also some of the smartest and longest lived birds in the world. Our songbirds — ravens, honeyeaters, magpies, bowerbirds — have some of the greatest minds of the animal kingdom. They go fishing, remember people’s faces, mimic other species and even play hide-and-seek. They stay younger for longer than Northern Hemisphere species and can live twice as long.

This is no coincidence. Parrots and songbirds evolved in East Gondwana (now Australia), which was spared from that dinosaur-obliterating asteroid 66 million years ago. Ever since then, their homeland has been a warzone of natural selection:  floods, droughts, insect plagues, cyclones, and cataclysmic bushfires.

“This continent is terribly fickle,” said Professor Gisela Kaplan, an expert on animal behaviour and bird cognition, “[disasters] create sudden, unexpected problems in terms of the production of insects, flowering and fruiting plants. There’s just not enough food around.”

When there is nothing to eat and nowhere to sleep, populations must adapt or perish. That is why our birds have some very special abilities. Many have great spatial memory — how to find a pond in the middle of the desert — we see childhoods, food preparation, and centenarians. This exquisite set of adaptations is the key to survival down under.

But genes only get animals so far, these behaviours also require lots of practice and learning.

Nest building is a superb and distinctly avian adaptation. Once thought to be almost robotic, we now know “nest building isn’t simple, it isn’t automatic, it isn’t instinct,” says Kaplan. “Weaver birds make elaborate hanging nests. Juvenile males build them but they fail. They learn by trial and error”.

Like us, birds must spend large chunks of their lives learning. In 2008, birds, like primates, were shown to have mirror neurons – segments of the brain committed to cognitively emulating others for complex behaviours.

Our arid and often nutrient-poor country has forged bird brains capable of feats of intellect not seen anywhere else in the animal kingdom (ignoring us, of course).

Ravens love bread, but bread means more than food to their sophisticated minds. Ravens have been observed picking up bread, flying it to a pond and placing it in the water. The bird waits until fish begin to nibble at the bread and catches them, enjoying a big seafood dinner instead of a little bit of bread. 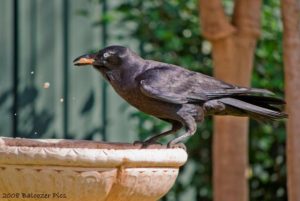 For ravens, bread is an abstract token, explains Professor Kaplan, “The animal is actually delaying a response, or planning ahead. They are trading it in for a better meal, and that is deferred gratification – we have that as humans. It’s now been shown that birds have the capability of planning for the future.”

Professor Kaplan also relayed another example of delayed gratification, a potentially scorchy one.

“The black kite — not only do they cooperate and play together — but they’re probably the only bird species that has learned that fire can produce food. When there’s a grass fire, they pick up a piece of ember on the unburnt side, as long as it’s still burning, fly it to a dry grass area and start a new fire. And then they wait. They look through the charcoal for lizards and insects and clean them up.”

To overcome food shortages, our birds also work out ways to eat things most other creatures can’t.

While the cane toad has ravaged much of our native wildlife, crows and currawongs have found a solution. They flip over their poisonous meal, where there are no poison glands, and eat the toads’ bellies.

“There are [also] the shrike tits, which have learned that there are certain caterpillars which are very toxic because of the plants they feed on. The gut is so toxic that it would kill a bird. They split them open, take the digestive canal out and then eat the rest.”

Gordon Ramsay, eat your heart out (actually, I imagine that’s precisely what the birds would do).

This type of complex reasoning also helps in other parts of bird life: socialising, bonding, and deception. Ravens, for example, are very socially savvy.

Like bone-burying dogs, ravens will hoard excess food. But not only do they remember where their own caches are hidden, but also their flock mates’. Understandably, when hiding food, ravens try their best to be secretive about it.

But their intelligence goes beyond remembering where their friend’s stash is; when burying their own food, they’ll remember specifically which ravens were watching them. When a hidden cache is approached by a bird that observed it being buried, the cache will quickly be moved. However, when their cache is approached by a naïve bird, the caching bird will not bother moving it.

Kids can’t even do that.

So, next time someone asks you to name a unique Australian animal, spare a thought for our beautiful, unique and highly intelligent birds.

Get a copy of Professor Gisela Kaplan’s book Bird Minds: Cognition and Behaviour of Australian Native Birds, now a winner of the prestigious Whitley Award for Behavioural Zoology.

Previous post:
The Australian Square Kilometre Array Pathfinder finally hits the big-data highway
Coming up next:
A (mouse) plague o’ both your houses