We also know termites as ‘white ants’, and the similarities with ants are obvious: they have no wings, live together in a colony and come out together to feed. They both have castes – queens and males that reproduce, and workers (and sometimes soldiers) that build, gather food, and defend the nest. 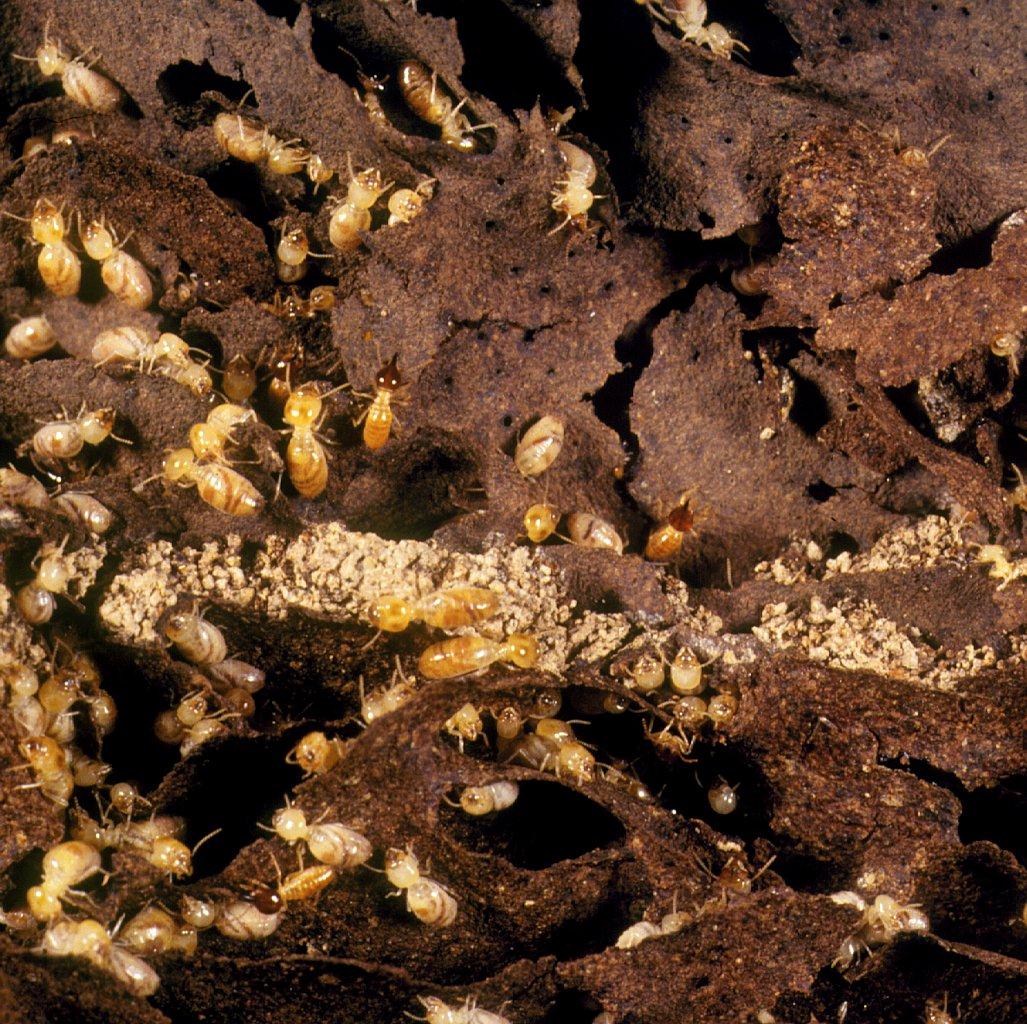 Worker termites together with a few soldiers in their nest galleries

But termites are not ants; in fact they are not even related to real ants. A clue to this lies in what hatches out of the egg. A termite queen’s egg produces a miniature termite, whereas an ant queen’s egg gives rise to a maggot, which later metamorphoses into a pupa, then later again into an adult ant. Ants are actually related to wasps and bees.

And what are termites related to, if not ants? It turns out that they are really a kind of stunted, pale and very social cockroach! Certain structural details in common had long suggested this, and recent evidence adds to it. 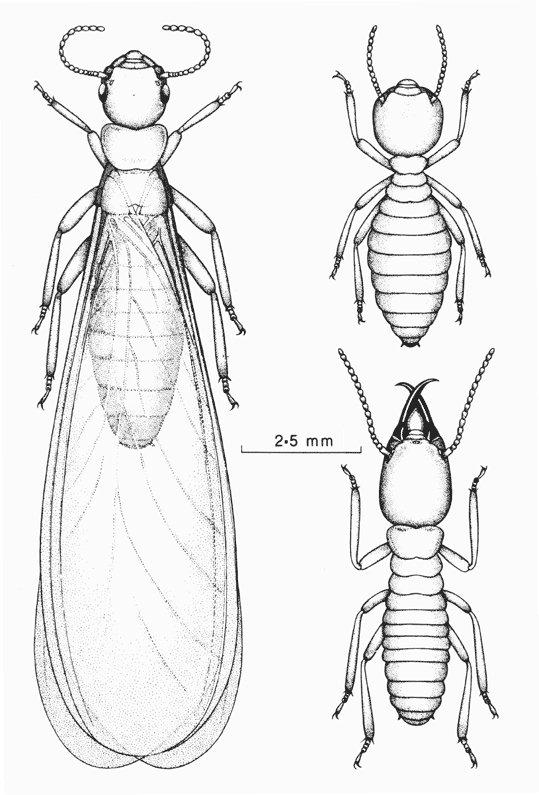 A winged reproductive termite and a worker and soldier of the same species. Illustration by B. Rankin, from ‘The insects of Australia’ (Melbourne University Press, 1991).

Termites eat cellulose (for example books, or timber wall joists), which is hard to digest, so to help them with the task they literally have a gut full of microbes, busy breaking down the cellulose. The Wood Roach of North America and eastern Asia has microbes in its tummy that are just like those in many termites.

Then there is the world’s most primitive termite, the tropical Australian Giant Northern Termite, whose males have wings similar to those of termites, and whose queens lay their eggs into pods just like cockroaches do. 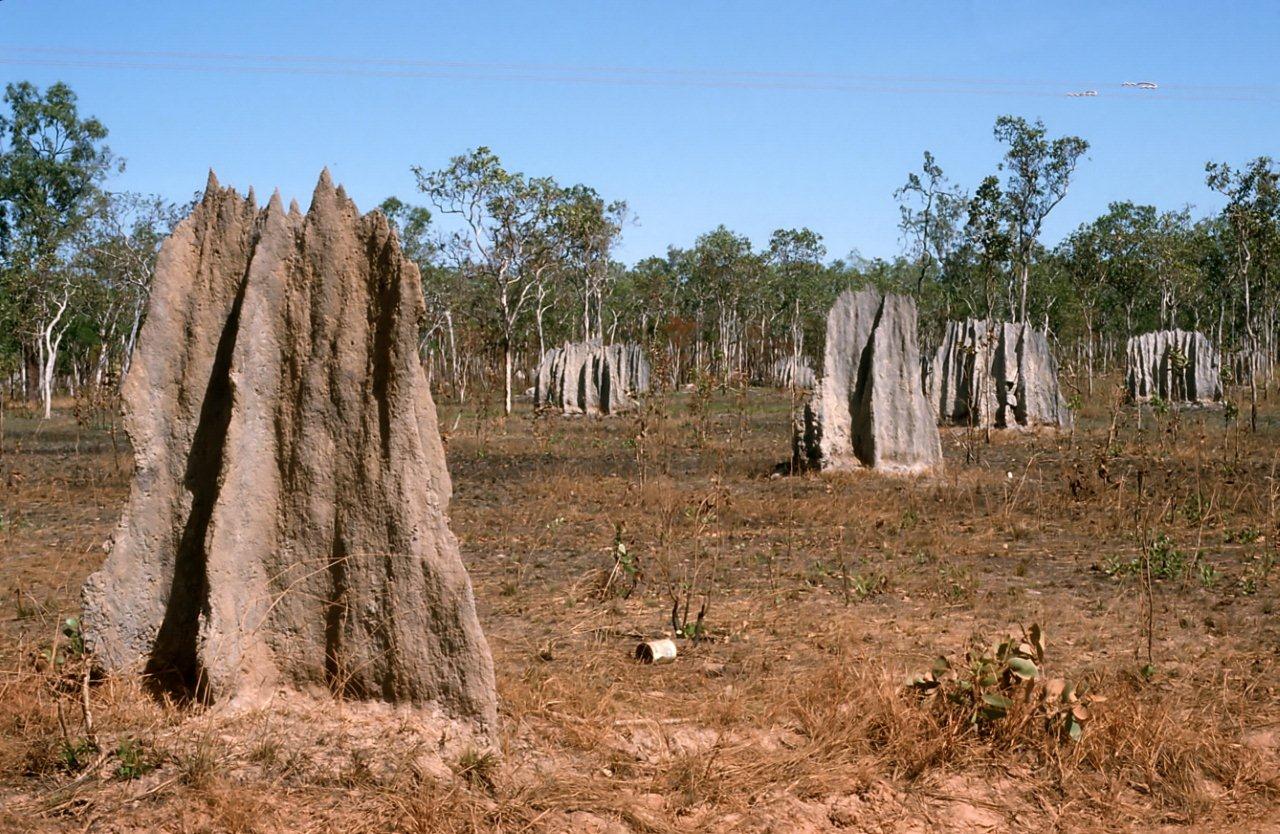 These Magnetic Termite mounds on Cape York are aligned to minimise heating at the hottest time of the day.

Think about it. Take a termite, make it dark brown, expand it to five or ten times the size and flatten it, and you almost have a cockroach!

Previous post:
Blue for you!
Coming up next:
Onto the rails, doors, switchboard and more!