We still don’t know if domestic animals can spread Ebola

We still don’t know if domestic animals can spread Ebola 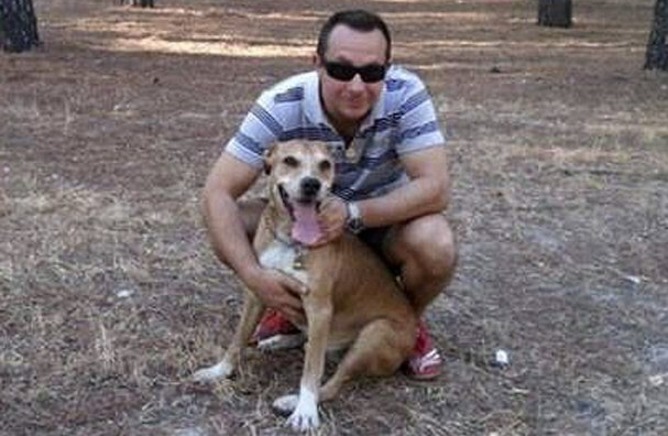 epa04437008 An undated handout photo released by Spanish animal protection party PACMA shows Javier Limon, husband of Ebola infected nurse Teresa Ramos, and their dog Excalibur in an undisclosed location. A court granted health authorities access to Spanish nurse Teresa Ramos' appartment to take her dog and to put it down over fears it could give the virus to humans, sparking protests in the Spanish capital. EPA/PACMA / HANDOUT BEST QUALITY AVAILABLE HANDOUT EDITORIAL USE ONLY/NO SALES

Spanish authorities have euthanised the dog of Madrid nurse Teresa Romero Ramos, who contracted Ebola. The 12-year-old dog, Excalibur, was not showing symptoms and was not tested for Ebola. But he lived with Romero Ramos when she became ill and was destroyed as a precaution, despite widespread protests.

This has raised questions about the role domestic animals might play in the spread of Ebola. But before we get to dogs and cats, we need to start with bats – the natural host of Ebola and a number of other viruses including Hendra virus, rabies, SARS (sudden acute respiratory syndrome) and MERS (Middle East respiratory syndrom).

African fruit bats were established as the host of Zaire Ebola virus after antibodies were detected in a number of species. Though interestingly, bats are not affected by the virus.

For many of the viruses carried by bats, there is no evidence of direct bat-to-human transmission. More often than not, an intermediate host – or spillover host – gets infected following contact with infected bat material.

Spillover hosts generally develop severe disease and are capable of shedding the virus in large quantities, which can pass to people who come in close contact with secretions from the infected animals. 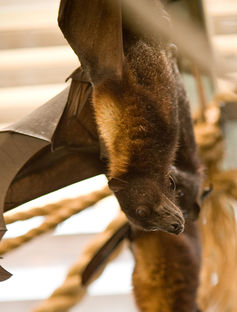 For Ebola, it is believed that contact with wild animals including gorillas, chimpanzees and antelope have been the source of human infection.

Although the intermediate host is known for many bat-borne viruses, the role that other domestic animals play in the transmission cycle is largely unknown.

Are domestic animals a risk?

During previous Ebola outbreaks, scientists have found virus specific antibodies in dogs. But the canines showed no symptoms. It’s still unclear whether dog-to-human transmission is possible, as is the mechanism by which dogs and other domestic animals become infected.

A similar situation occurred in Australia in 2011 when Hendra virus specific antibodies were detected in a dog from a property where Hendra virus-infected horses were located. Again, we know little about the infection dynamics of this virus in dogs.

While cats are not resistant to Hendra virus disease, natural transmission from infected bats or horses to cats has not been demonstrated.

A complicating factor is that people who recover from infection with Hendra virus can experience a subsequent relapse in disease. Whether viruses such as Ebola or Hendra virus can also lie dormant in domestic animals and reactivate at a later time point remains to be investigated.

While research is underway, the mechanisms involved in the transmission of Ebola and other bat-borne viruses to intermediate hosts is currently poorly understood. It seems to occur as a result of contact with bat secretions or partially eaten fruit which the bats chew and drop to the ground.

But the transmission of viruses from bats to other species depends, to a large extent, on opportunity. 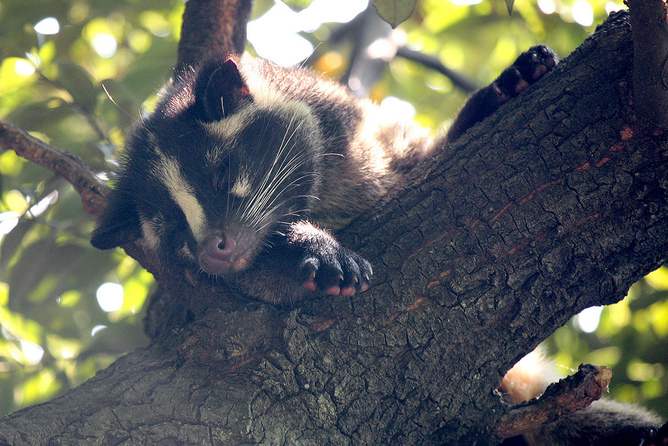 Bats and viruses have long coexisted but interactions between bats and other species including humans have occurred only relatively recently. Urbanisation and deforestation has resulted in increased encroachment of humans and domestic animals into bat habitats.

Similarly, live animal markets such as those in Southern China, where SARS was detected in palm civets, are associated with close contact between a variety of different species and provide an ideal melting pot for spillover to take place.

Social and cultural practices also play a role in viral transmission including the consumption of “bush meat” from wild animals including non-human primates and bats.

In each of these situations, humans have provided the opportunity for interspecies contacts which would not have otherwise occurred.

Bats have an important place in our ecosystem, and there is so much we can learn from them. To help manage and prevent future outbreaks, we need a more comprehensive, science-based understanding of risks associated with the increased interaction of people and animals with wildlife.

Previous post:
Electric cars: ugly as charged?
Coming up next:
So what science can be done on board Investigator?