New research revealed unsealed and damaged rainwater tanks could expose millions of Australians to the risk of mosquito-borne infectious diseases like dengue fever. So how can you keep your tank safe?

Nobody wants insect larvae in their water. A working mozzie mesh is an easy way to keep these pests out and your water clean.

Rainwater tanks are a great alternative water supply and can help save you some cash, especially during times of water restrictions. But they can also become breeding grounds for mozzies that can carry all sorts of nasty infectious diseases, including dengue fever.

The Aedes aegypti mosquito infects hundreds of millions of people across the globe each year with dengue, Zika, chikungunya and yellow fever.

You might think of these as being diseases confined to the tropics. But new research has found the mosquito in a number of towns in the Wide Bay region, closer to Brisbane.

Our vector ecologist Dr Brendan Trewin was one of the lead researchers on this study. Brendan studies insects that transmit pathogens and their contact with humans so we can better understand how diseases spread.

“Previous studies had suggested that conditions in Brisbane were inhospitable for the species during winter, but our findings show that rainwater tanks could provide year-long protection for the Aedes aegypti mosquito in Brisbane and other sub-tropical areas of Australia,” Brendan said.

It is believed that more than 40 per cent of Brisbane properties now have rainwater tanks, though this number could be much higher as there is no formal registration or monitoring procedure.

“The last time Brisbane had significant Aedes aegypti and dengue epidemics they also had a lot of unsealed rainwater tanks, and our research suggests it was the decision to remove these tanks in the 1950s that was one of the keys to driving the disease-carrying mosquito out of the city,” Brendan said.

Our researchers measured mosquito survival and development during simulated Brisbane winter conditions in rainwater tanks and buckets and found that 70 per cent of mosquito larvae survived to adult hood in water tanks, and 50 per cent in buckets.

Now, we’re not suggesting you should ditch your rainwater tank, but it’s important to be aware that if your rainwater tanks are not maintained properly, they could become a breeding ground for mozzies bringing with them potentially serious implications for Australian public health. And you might be unknowingly adding to the risk if you make modifications to your tank like removing the sieve that collects leaves from the roof and gutters, or adding modified downpipes. 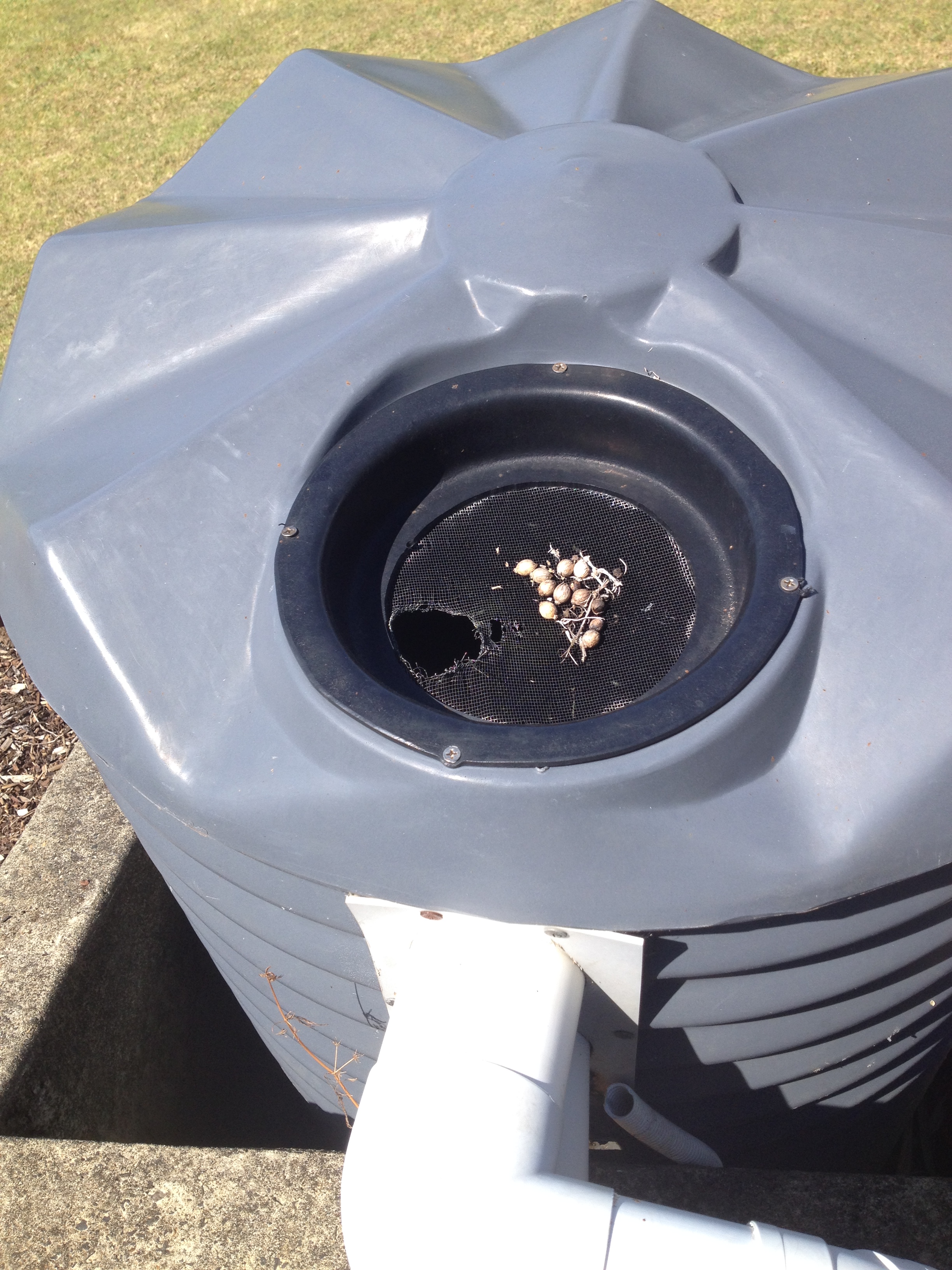 Damaged mesh is as good as no mesh at all.

As Australia’s national science agency, we’re working on a range of tools to help safeguard Australia, from real time alert systems; quicker and smarter diagnostic tools; right through to sterilisation technology that eradicates the mosquito.

So what can you do to mosquito proof your tank?

It’s raining water tanks: get more tips on keeping them healthy and efficient

Previous post:
What happens now we’ve found the site of the lost Australian freighter SS Iron Crown, sunk in WWII
Coming up next:
Packing a punch with tiny plankton