The Pleiades Awards: towards gender equity

The Pleiades Awards: towards gender equity 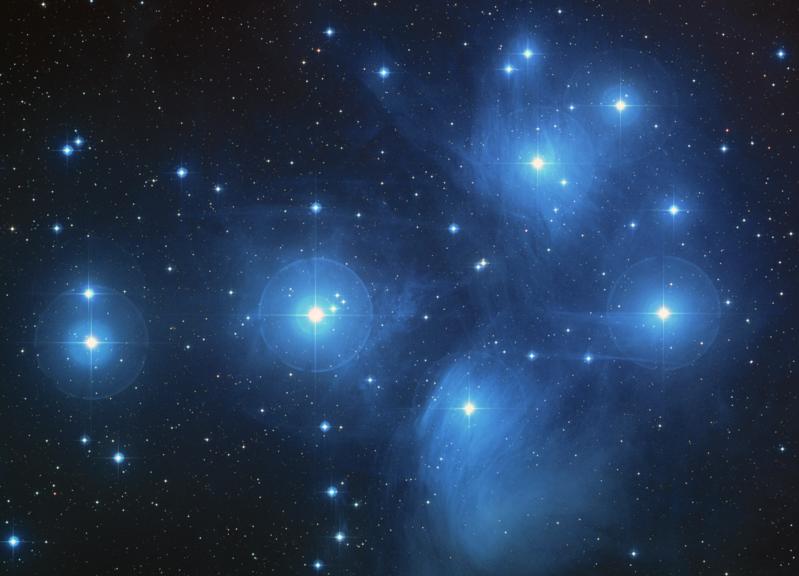 The Pleiades, or Seven Sisters. Photo: NASA, ESA and AURA/Caltech.

The Women in Astronomy Chapter of the Astronomical Society of Australia is holding its annual workshop in Canberra this week. One of today’s highlights will be the official launch of The Pleiades Awards, a new initiative for astronomy organisations to monitor and improve the status of women.

Current Chair of the Women in Astronomy Chapter, our own Dr Lisa Harvey-Smith, explains…

Professional astronomy in Australia is male-dominated, with men constituting 76% of Members and 87% of Fellows of the Astronomical Society of Australia (ASA), our peak professional body. Although women make up an increasing proportion of astronomy PhD students in Australia, the system is haemorrhaging women as they rise above the Level B (Lecturer) stage of their careers.

I have sometimes heard this fact dismissed as ‘inevitable’, since it is predominantly women who (have the audacity to) possess the biological apparatus necessary for childbirth. This is a non-argument. In my view, a system that fails to accommodate highly skilled and talented scientists (regardless of gender) after they take on new responsibilities is spectacularly broken.

We know that childbirth is not the only reason for the gender disparity in our profession. Studies have shown that on the basis of identical job applications, women are judged as less competent and deserving of a lower starting salary. This phenomenon and its knock-on effects must be recognised and remedied through proactive measures.

It’s not all doom and gloom. In recent years there has been increasing acknowledgement of the very real obstacles facing women in our profession. This awareness has been driven by the efforts of organisations such as the American Astronomical Society’s Committee on the Status of Women and the Astronomical Society of Australia’s Chapter for Women in Astronomy, of which I am the current Chair.

The ASA Chapter for Women in Astronomy
The ASA Chapter for Women in Astronomy was formed in 2009 with two primary aims: (i) to monitor the status of women in our professional community and (ii) to encourage appropriate representation of women in positions of seniority and influence. We provide networking, mentoring and professional development opportunities for our members through an annual ‘Women in Astronomy Workshop’. Now in its fourth year, this meeting brings together approximately 80-100 astronomers from around Australia to take part in facilitated discussions, professional coaching and networking. It is a popular event, which provides a supportive and empowering environment to discuss and plan actions towards gender equity.

This year’s workshop, entitled ‘We are all made of stars’, is taking part this week – on 28 and 29 August – at the Australian National University. This year’s focus will be to identify positive changes that will establish equity and diversity within Australian astronomy.

Participants will take part in practical sessions including association tests on race and gender, discussion sessions on causal or ‘normalised’ prejudices and role-playing of tricky situations. Guest speakers include Elizabeth Broderick: the Australian Human Rights Sex Discrimination Commissioner, Cordelia Fine: academic and author of “Delusions of Gender” and Senator the Hon. Michaelia Cash: Minister Assisting the Prime Minister for Women.

Following the nomenclature of the U.K.’s Athena SWAN gender equity scheme, there are three levels of Pleiades Award: Gold, Silver and Bronze. Full details are available on our website.

Bronze is the entry-level award for organisations that have examined their current conduct against the aims of the Chapter, developed a credible plan of action towards states best practices and demonstrated commitment to implement changes consistently across the organisation including a clear line of responsibility.

The Gold Pleiades award will recognise a truly outstanding and sustained commitment to best practice in relation to gender equity. Attaining this level is very challenging and a Gold Pleiades is an exceptional accomplishment.

There is no limit to the number of awards that can be given per year and our aim is that every astronomy research institute in Australia will begin to work through the award levels this year.

Is this really needed?
Many of Australia’s science leaders are aware of the problems in our system and are committed to tackling them. But it is still all too common for our Chapter to receive first-hand accounts of bullying, harassment and marginalisation. This will only stop when organisations are held accountable for the work environment and culture they generate (or tolerate).

I have heard accounts of senior scientists publicly diminishing efforts by our members to improve their workplace environments. I speak to professional, smart, confident women who feel alone and disempowered, simply because the majority of good people are either unaware or are simply doing nothing to support them.

The Pleiades Awards scheme is a step towards unifying the efforts of our Chapter nationwide. For this reason, I hope that the Pleiades Awards is embraced universally so that we are able to provide a practical and supportive framework for organisations to channel their efforts and towards creating sustainably better workplaces. 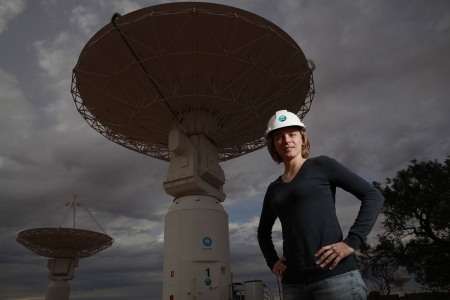 Dr Lisa Harvey-Smith is a research astronomer at CSIRO’s Astronomy and Space Science division in Sydney, Australia. She is the Project Scientist for the Australian Square Kilometre Array Pathfinder (ASKAP) telescope, which is located in remote Western Australia. Her research spans several areas of Galactic astrophysics including the birth and death of stars and astrophysical masers. Lisa is involved in many aspects of the ASKAP project including commissioning, science readiness, science surveys and spectrum management. She also takes part in international science activities for the Square Kilometre Array including a science advisory role to the Australian Government. Lisa is passionate about communicating her science and is a keen advocate for astronomy in the media. She regularly presents around the world and takes part in educational outreach work in schools, including long-term partnerships in metropolitan Sydney and a remote aboriginal community in Western Australia. As Chair of the Astronomical Society of Australia’s Chapter for Women in Astronomy, Lisa is a strong advocate for best practices in astronomy workplaces.

This blog post was originally published by Women in Science Australia.