The future of food production: more from less

The future of food production: more from less

Pressure on Australian farmers has never been greater. They're being asked to generate more from less. It's clear a significant step change is needed. 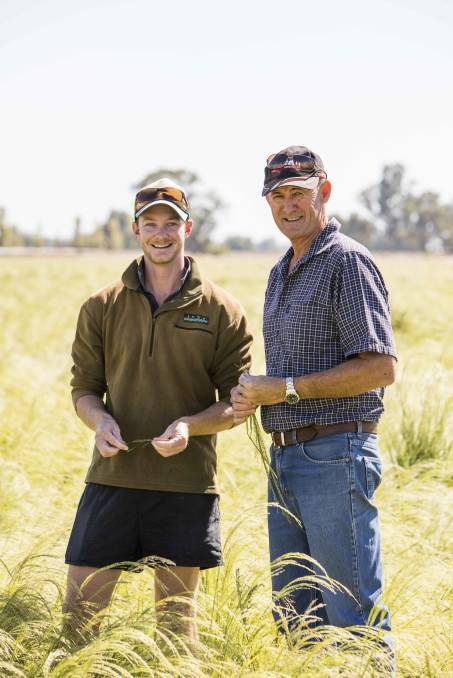 NSW Riverina farmers, Fraser McNaul and his father Shane with their teff crop. Read their story below.

Pressure on Australian farmers has never been greater. Market globalisation and rising international competition, changing consumer tastes, and the ongoing problems of drought and climate change are creating challenging conditions that leave many farmers feeling under siege.

The agribusiness sector remains a vital contributor to Australia’s economy and to the vibrancy of rural communities. But when farmers are being asked to generate more from less – growing higher quality produce and creating more economic value, often from decreasing water, labour, and soil resources – it’s clear that a significant step change is required.

Agricultural researchers have been working in partnership with farmers across the country on practical new approaches and technologies that will help the industry build economic resilience at both the individual grower and overall sector levels.  Many of the projects have addressed two key questions: firstly, can we be more creative about how we handle waste in order to reduce costs or create new products, and secondly, how can we add more value to existing products?

A 2017 study found that four out of five Australians are not eating enough the recommended daily amount of fruits and vegetables. More recently, the 2019 Foodbank Australia Hunger Report stated that one in five Australians have experienced food insecurity in the last year – meaning they have been in a situation where they have run out of food and been unable to buy more.

At the same time, we know that in order to meet strict market requirements for quality, Australian farmers are forced to overproduce fresh fruit and then throw away the excess. 1.5 million tonnes of fruit and vegetables are discarded in Australia every year before the product even reaches the market.

This makes little sense environmentally and even less sense economically. Every agricultural input – from soil and water to energy and human capacity – is a limited resource, which means that it’s vital to make the best possible use of the resulting outputs. A farmer who is able to reduce waste can make savings before their harvest has even reached the farm gate.

Tasmanian potato growers Susie and Gerard Daly recently had their innovative approach to waste-reduction recognised with the Kondinin Group and ABC Rural 2019 Farmer of the Year Award. After installing an automated washing and grading unit on their farm near Port Arthur, the Dalys realised that an astonishing 20% of their potato crop was unsuitable for sale through supermarkets and wholesalers. In response, they began using this ‘waste’ produce to make gourmet potato salads and a traditional-style potato vodka. Both products have proved hugely popular with consumers.

Excess produce represents a huge untapped resource which, if collected and processed into value-added food ingredients and products, can lead to additional income for farmers. CSIRO has created a national food loss map which allows those losses to be quantified at a regional level, making it easier to identify appropriate, area-specific solutions.

There are several other ways in which technological advances can help farmers with reducing waste: real-time data from sensors can help farmers manage their use of nitrogen fertiliser; the WaterWise platform can offer significantly refined irrigation scheduling for high value crops; and improved packaging and storage facilities can lead to a longer shelf life for perishable produce.

But without human innovation and a willingness to think outside the box – changing our perceptions of what a perfect or imperfect fruit might look like – technology won’t provide any answers. That’s why a partnership model which combines existing farming expertise with scientific capability and community education can be so effective.

A second approach that can prove effective in producing more from less is exploring options for value-adding; that is, attempting to capture value closer to the farm gate.

At the most basic level, value-adding can be as simple as how a product is marketed. Strong branding that speaks directly to the consumer and tells a clear provenance story can provide a sense of difference and a competitive advantage. This is a strategy that is rapidly accruing success stories, as in the case of the family owned and operated Humpty Doo Barramundi farm in the Northern Territory, whose focus on buyer relationships and sustainability has seen them grow to become Australia’s largest saltwater barramundi producer.

However, several producers are thinking beyond branding; instead working with technology providers to make more ambitious approaches work for them. One such approach is decommoditisation – raising the status of a food from a basic commodity to a higher-value specialised product. Decommoditisation is not a new concept, but technological advances are making it easier than ever before to implement. 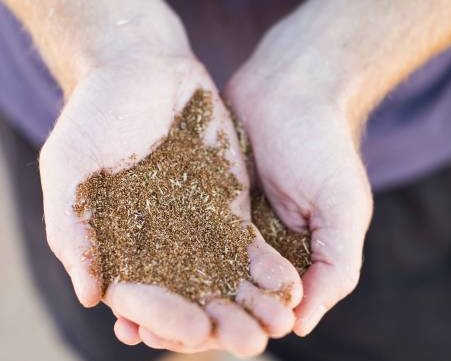 There are many inspirational stories from Australian farmers who have gone down the route of decommoditisation. Faba beans have traditionally been a rotational crop for farmers in this country, mainly exported as a commodity, non-value added product. However, Australian Plant Proteins have created high-value, specialty, plant-based protein ingredients for food and beverage markets, to go into products like shakes, baked goods, snacks and meat alternatives, and meet booming consumer demand for plant-based proteins. Their innovation represents an opportunity to potentially increase farm-gate prices, and they are currently constructing their own state of the art plant-based protein production facility in regional Victoria.

Other companies reaping the benefits of the decommoditisation approach include Moira Mac’s, a small family owned business at the time they adopted high pressure processing (HPP), a specialised food processing technology, which allowed them to corner the market in ready-to-eat poultry products; and Preshafruit, who have used HPP to develop a range of premium fruit juices.

Significant investment is required to ensure that such opportunities for decommoditisation become a realistic option for more growers across Australia. As noted in a recent study from Harvard, there is currently little manufacturing capability within the country, which means that Australia mainly exports bulk, unprocessed product. As a result, Australian manufacturers have to import speciality fruit and vegetable ingredients. Growing demand – both domestic and global – for plant-based ingredients represents a huge opportunity for Australian farmers, but in order to take full advantage there needs to be investment in specialised manufacturing and processing infrastructure that will turn raw produce into higher-value goods.

CSIRO is working with communities in North Queensland and Gippsland to build food processing hubs that will enable this to happen. The region’s horticulture sector is already thriving, and growing the capacity to value-add through techniques such as stabilisation, fermentation, extraction, concentration and drying will lead to new fruit and vegetable products, provide additional income streams for farmers, and create additional jobs in regional communities.

This approach is complementary to the waste reduction techniques that are also being deployed, as processing hubs will open new market channels for surplus product, imperfect products, and unused biomass such as broccoli stems.

The benefits of collaborative working

Farmers are, by nature and necessity, highly adaptive. But the complex challenges of farm diversification can be daunting. For hardworking farming families who are already stretched in terms of time and money, the prospect of learning about new supply chains, undertaking marketing and promotion, and accessing infrastructure can be difficult.

Success stories in Australia, but also in comparator regions of New Zealand and Canada, point to the importance and immense benefits of collaborative research and partnerships for co-creation of knowledge that makes it easier for Australia’s farmers to move away from bulk commodities and secure more value from their production.

By focusing on applied research, education and community partnerships, the agricultural research sector – which includes CSIRO, universities and the emerging agtech industry – is creating new opportunities for farmer engagement and opening up access to networks of innovation, expertise and lived experience. By working together, we can help Australian farms become the businesses of tomorrow. 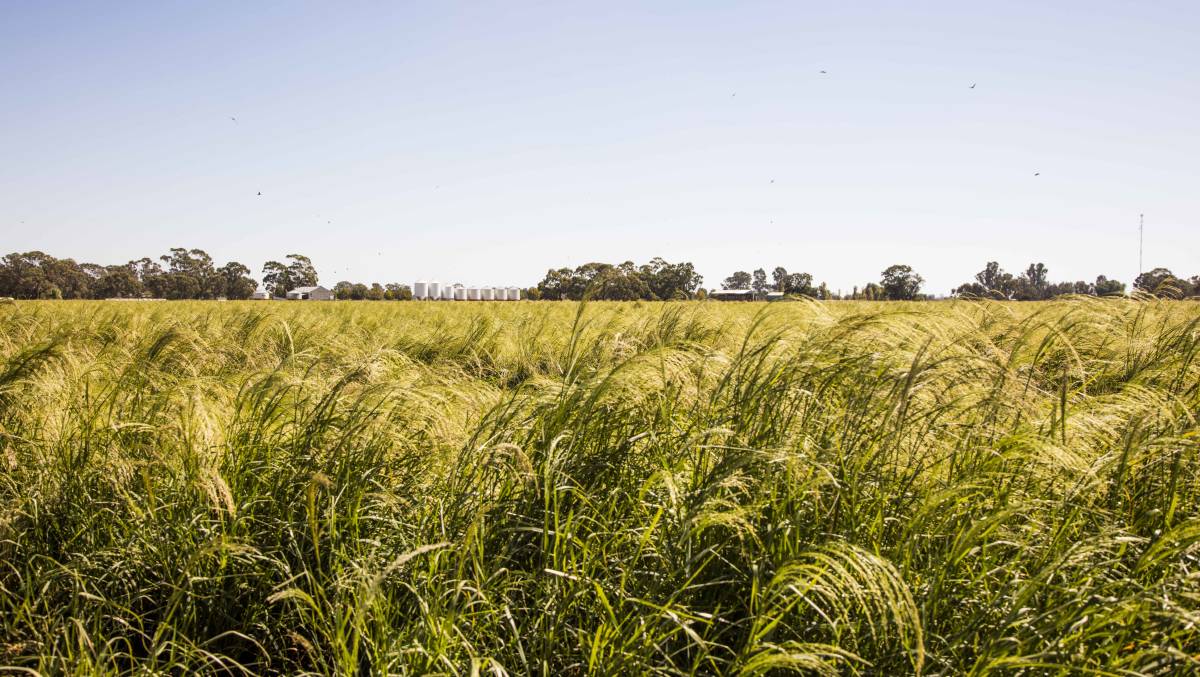 NSW Riverina farmers, Fraser McNaul and father Shane, started growing the ancient grain teff in 2014 after deciding they needed to diversify their cropping program to become more sustainable and innovative.

Teff is a gluten-free wholegrain that’s been a staple of Ethiopian cooking for centuries and is the world’s smallest grain. The scientific literature shows that the fibre content in teff is several times higher than in wheat and rice, and it contains the fermentable fibre called resistant starch.

The McNauls planted two varieties of teff – brown and ivory. Teff’s growing season is short, from around December to March, and it fits in between their usual crops of wheat, barley, corn and rice. They started a company, Outback Harvest, and approached CSIRO to help them develop Australian-grown teff baked goods and extruded snacks that could bring this nutritious grain into the mainstream western palette.

The company have since added to their range with teff pasta and banana loaf and pancake mixes on the market.

“There’s been a lot of interest in the products because they’re Australian-grown and certified gluten-free,” Fraser said. “Without making the step into food innovation, all we’d have been able to do would be grain and flour. We wouldn’t have been able to do the value-added products so in the long term that’s helping us out as farmers.”

“The drought has been really tough on everyone and we’re on zero water allocation for the second year running,” Fraser goes on to say. “It’s meant taking more resources to keep the crop going.”

Nevertheless, the company are now exporting to Japan, Singapore and the Philippines and are looking further afield. They recently bought out a competitor, Teff Tribe, expanding their product range to include teff flakes, instant porridges and brownie mix.

Read more of our Growing the Future essays

Previous post:
Bunker-down the smart way in a bushfire
Coming up next:
Here’s why the WHO says a coronavirus vaccine is 18 months away