Oodles of oobleck excites students about STEM in schools

Oodles of oobleck excites students about STEM in schools

Science can be surprising (and squelchy), especially when there's a tonne of oobleck about. 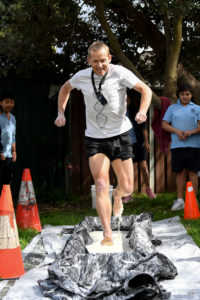 Joel uses legs-on demonstrations like this one to engage students.

Volunteers from our STEM Professionals in Schools program recently engaged students with an experience right out of a Dr Seuss book. They cooked up a non-Newtonian fluid before a live audience.

With the right amount of pressure, non-Newtonian fluids can actually behave as a solid. Examples include lava, cement slurry, quicksand and honey.

However, the one that might be easiest to make up in your kitchen is oobleck – liquid enough to sink your hands into but solid enough to run across.

Oobleck is easy to make in small quantities, but in this instance the recipe called for 50 kilograms (kgs) of cornflour, 30 litres of water and a tonne of enthusiasm to be churned in a cement mixer. It produced 70 kgs of oobleck which was then poured into a custom 2.5 meter trough.

The series of demonstrations at Strathfield North Public School allowed science, technology, engineering, and maths (STEM) professionals to engage students with practical demonstrations. The focus was on the more unusual conversions of matter from one state to another. So not just through changes in temperature but by applying pressure.

Students saw dry ice bubble in a bowl of water as it converted straight from a solid to a gas. They also compared how quickly carbon dioxide-filled balloons fell in comparison to those filled with air. In another instance, they watched a variety of fruit dipped into liquid nitrogen smashed into smithereens.

All the experiments tied into what students had been learning in class about solids, liquids and gases.

It was another successful day for teacher Filomena Catanzariti and biochemist Professor Joel Mackay from the University of Sydney. The duo have been professional partners for nearly 13 years through our STEM Professionals in Schools program. It seeks to connect classrooms to industry through partnerships just like theirs. In 2022, the program celebrated its 15th year in operation.

Together, Joel and Filomena have demonstrated the tremendous impact these connections can have on STEM education in schools.

“The overriding and long-term aim of the STEM Professionals in Schools partnership at Strathfield North Public School has been to develop a repertoire of workshops and activities that will support and enrich students’ learning in the science classroom,” Filomena said.

“Joel’s passion for science and his desire to raise the science literacy of students has enriched the students’ knowledge and interest in the subject. He provides students with exciting hands-on experiences while also modelling scientific thinking, analysis and problem solving. Our students are inquisitive and motivated to know more,” she said.

Filomena sees how authentic science experiences delivered by a practising scientist can engage students. It also gives them the opportunity to experiment with equipment and substances not commonly found in most primary schools. These include (but are not limited to) pipettes, petri dishes, liquid nitrogen and powerful microscopes. 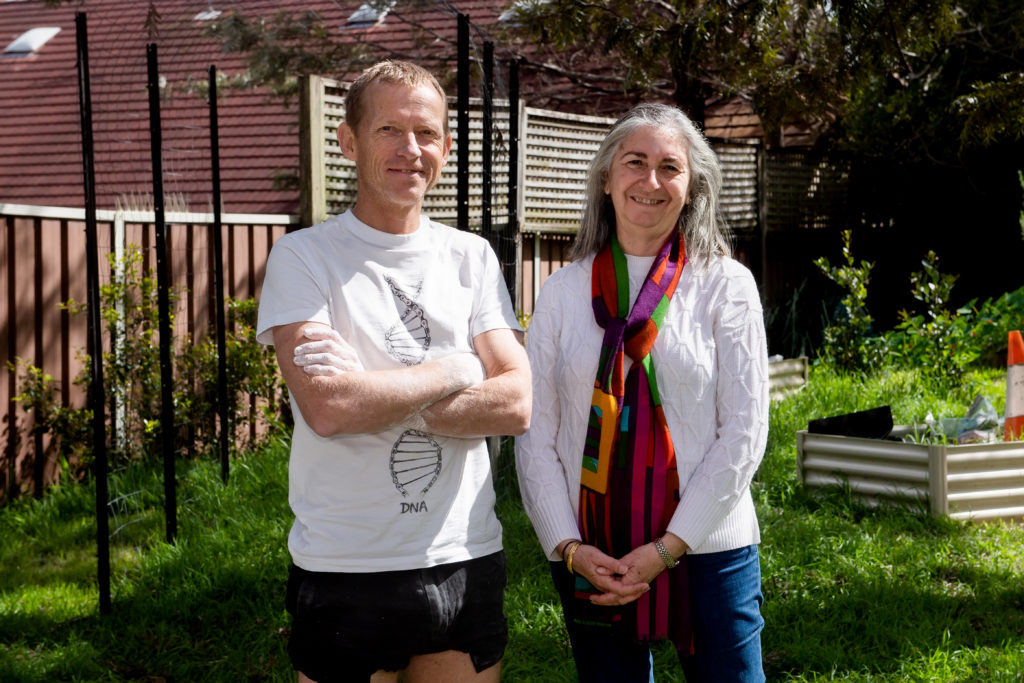 Old allies: Joel and Filomena have worked together for over a decade to promote science literacy in schools.

While many schools like Filomena’s have great performing arts and sporting programs, the STEM Professionals in Schools partnership is an opportunity to engage students whose interests might lean more toward STEM subjects.

Joel’s commitment as a volunteer at Strathfield North Public School has been honoured with a Public Education Excellence Award. Yet, it’s not about the recognition for him.

“I signed up because I feel strongly that every citizen should have an understanding of scientific thinking. It is a valuable way to approach an increasing number of issues in modern life. This seemed a way to make a small contribution to people appreciating science,” said Joel. “I get a buzz every time I go to the school from the sense of wonder that the students have – even students who are clearly a bit restless and a bit ‘cool’ for it all often get engaged once they start to do an activity themselves.”

Since 2009, Joel and Filomena have arranged an activity together roughly once a year. This makes them perhaps the longest-running continuous partnership at STEM Professionals in Schools.

Their partnership is a clear example of the difference even one day of volunteering a year can make.

The level of commitment suits Joel and Filomena too. The program’s flexibility supports partners to make their own plans to engage with students.

Joel says it’s been excellent. “I think the approach we’ve taken – not to try to do too much – has been a strong contributor to our longevity. Neither of us have burned out by trying to go crazy. Every year I look forward to going to the school. I’ve wanted to do this oobleck activity for 10 years!”

Joel and Filomena agreed upon a shared vision at their very first meeting. Their partnership would be a success if they inspired even just one student to pursue further studies or a career in science.

“It encourages curiosity and hopefully paves the way for students to be life-long learners. Hopefully we have ‘planted some science seeds’ that could be awakened later at secondary and tertiary level,” Filomena said. 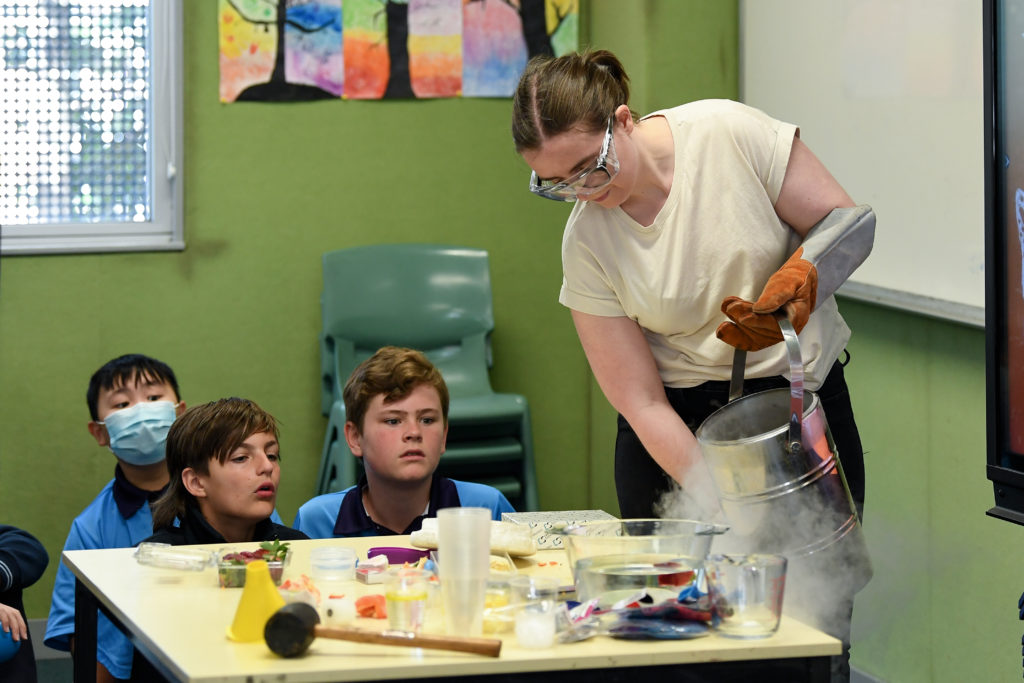 The STEM Professionals in Schools program is funded by the Department of Education and delivered by CSIRO.

Find out more about the program and apply to get involved

Previous post:
740,000km of fishing line and 14 billion hooks: we reveal just how much fishing gear is lost at sea each year
Coming up next:
An engineering internship to inspire the next generation