Why are Aussie cicadas so loud on hot, summer days? You’d be screeching too if, after seven years underground, you only had a few weeks to find a mate before you died. 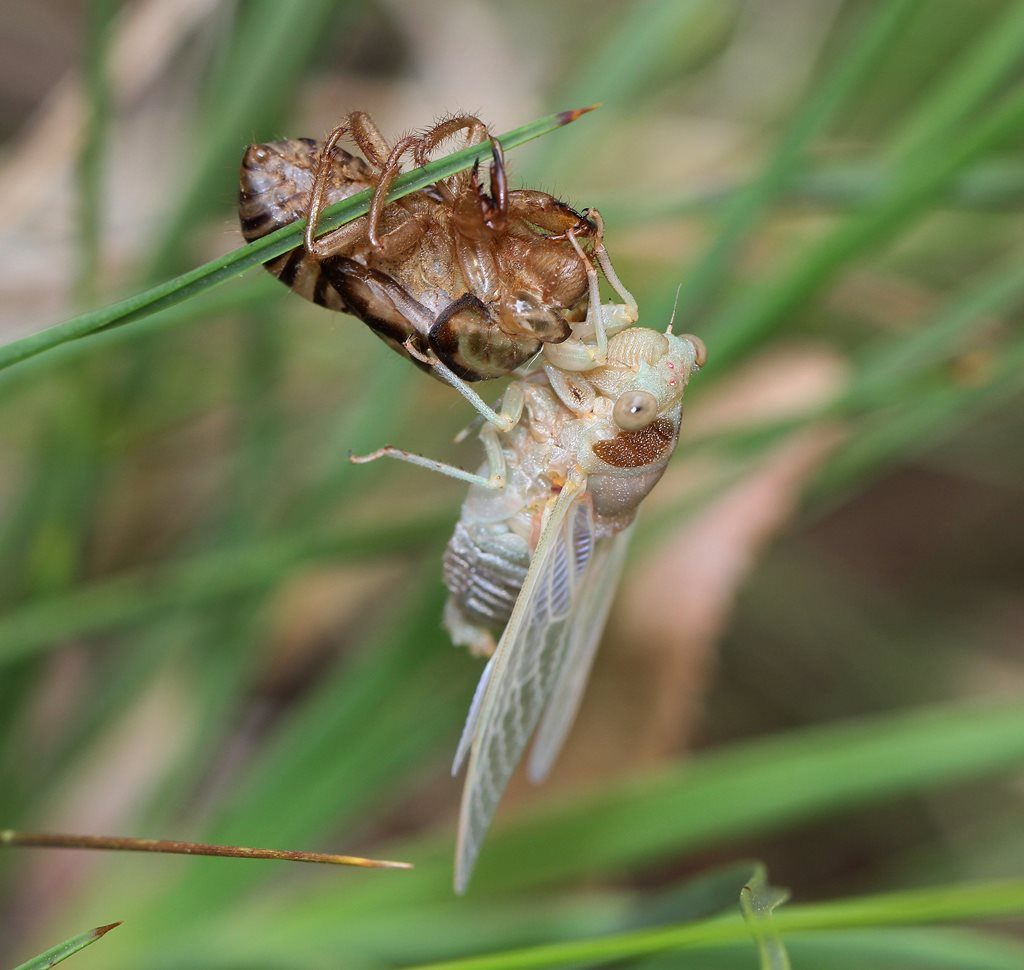 The Sandgrinder coming out of its shell. Pretty sure it’s named after one of Spiderman’s villains. For those playing at home, it’s also known as Arenopsaltria fullo. Image: Kerry Stuart

Summer doesn’t officially kick in until you are deafened by a cacophony of cicadas desperately screeching for a mate. You might be frantically fraternising too if you’d spent up to seven years underground sucking on tree sap and you’ve only got a week or two to shed your exoskeleton and get the attention of a female — among the thousands of others just like you — without getting eaten. It’s a tough gig for male cicadas.

Cicadas (pronounced se-cade-ahs, in our humble opinion) are a truly iconic part of Australian summer and despite some species being capable of producing an ear-splitting call so loud it’s painful for human ears (over 120 decibels), they tend to be a much-loved insect. Perhaps because their calls signal long, lazy summer days or perhaps their expert camouflage and mysterious shells captured our imaginations growing up. Either way, they’re an integral part of our Aussie lives. 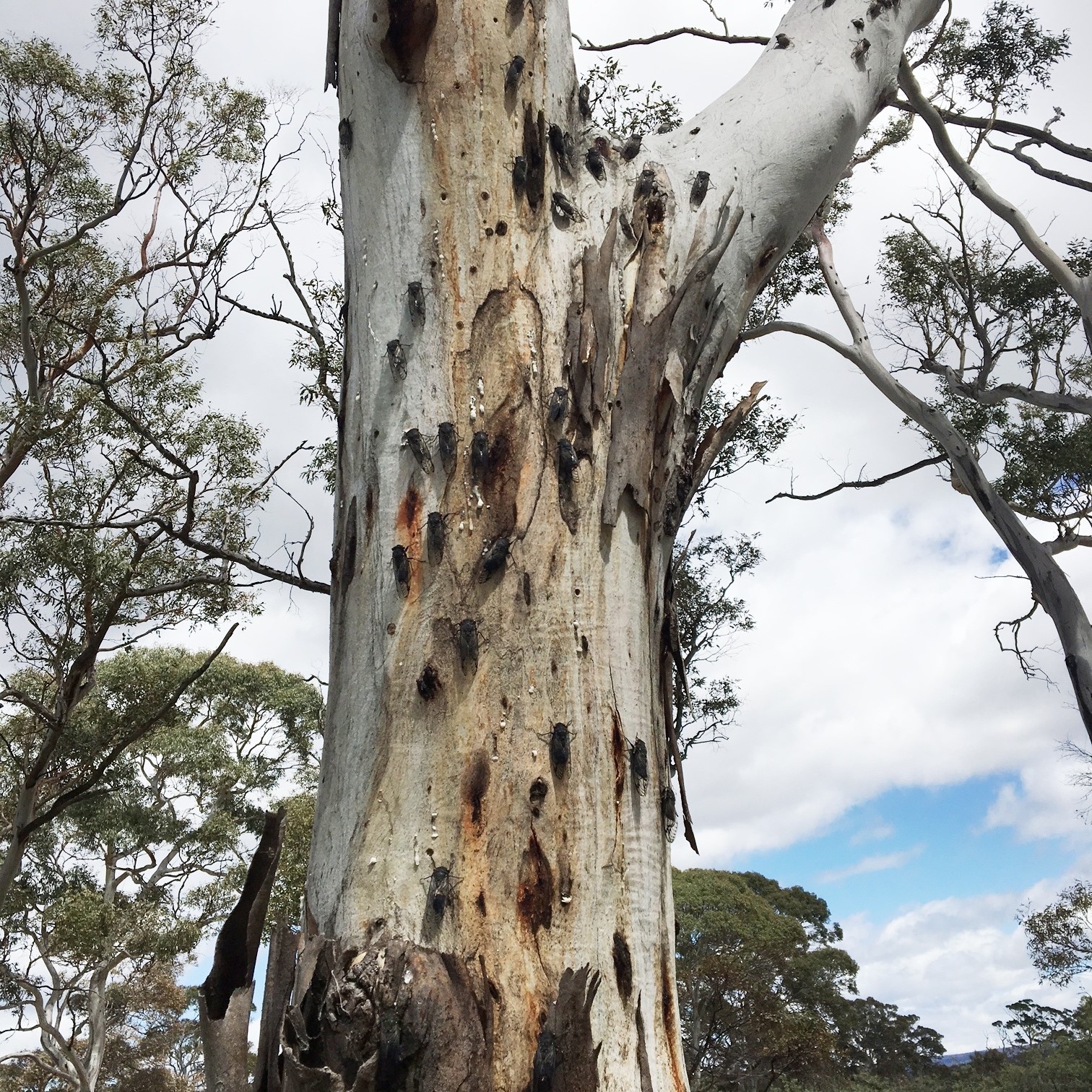 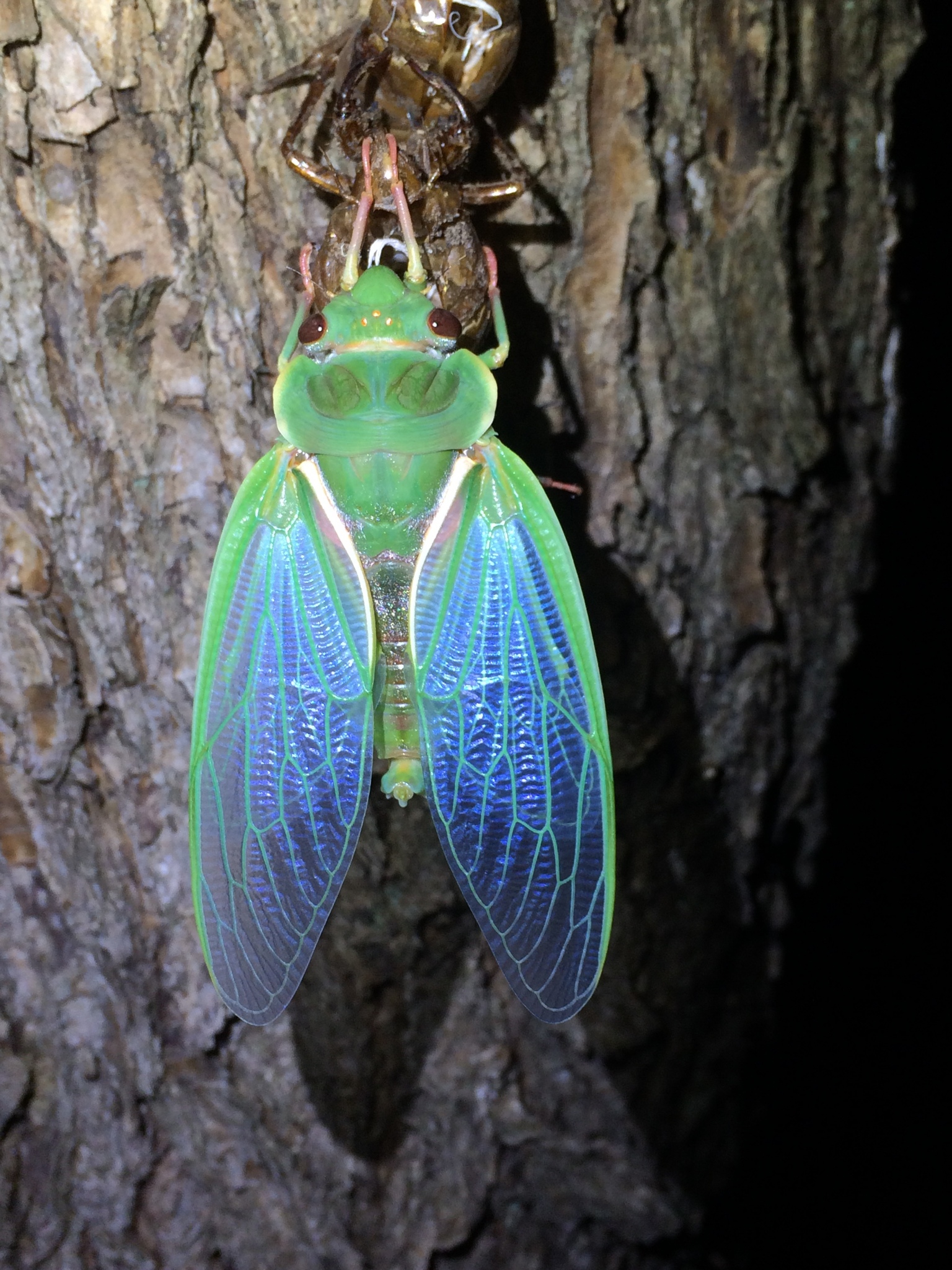 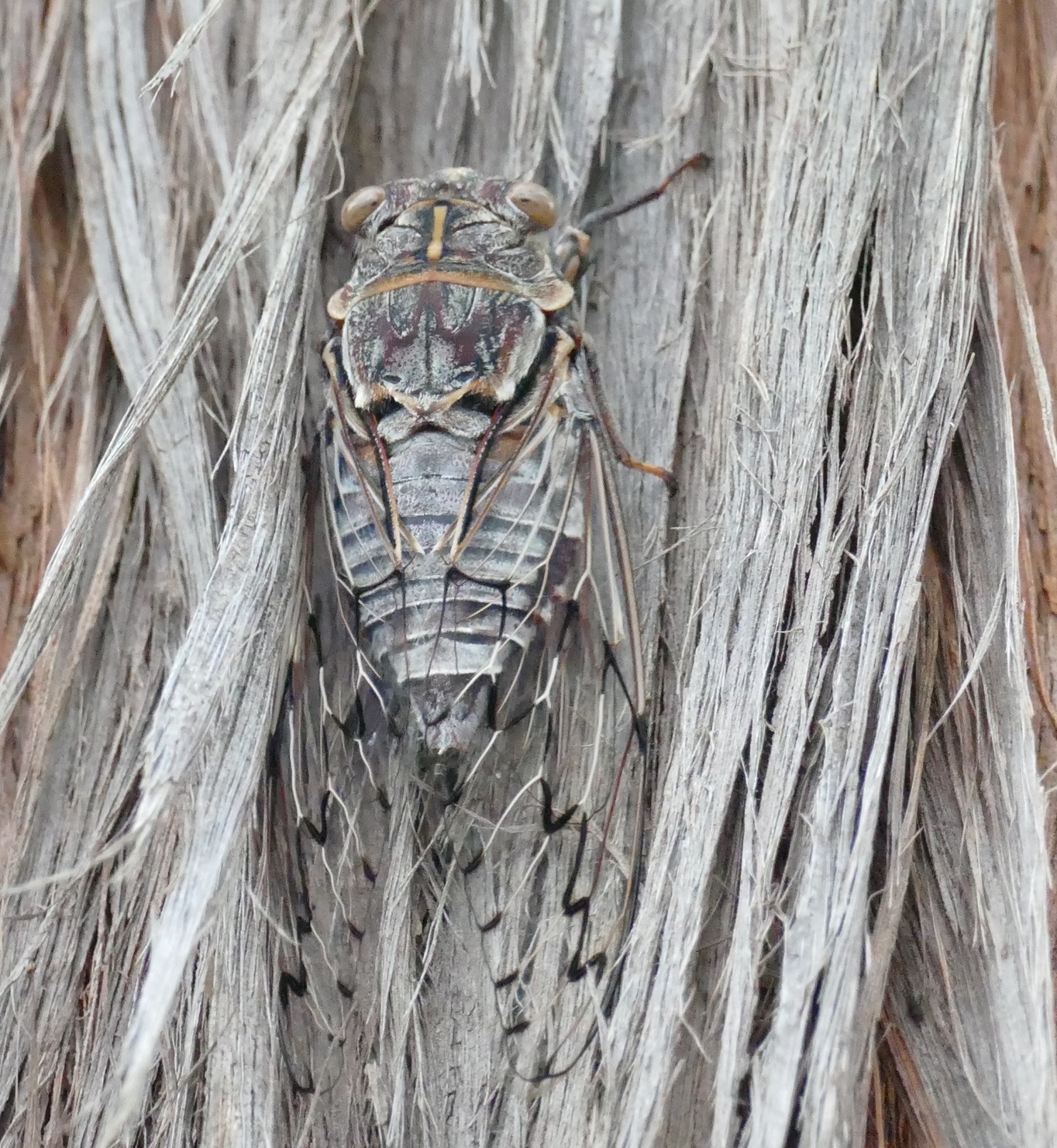 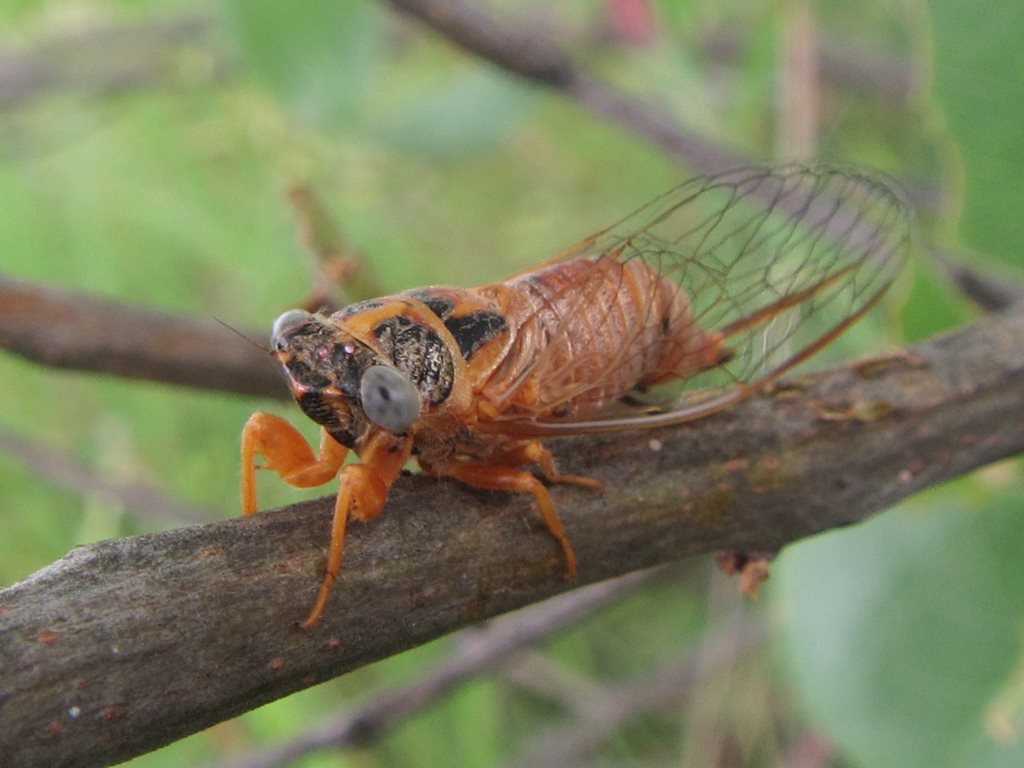 Cicadas hold the record for the loudest insect in the world. While every species has their own special call, many use the same tactic to increase their chance of finding a mate while avoiding predators: they group together and sing in chorus. The logic is similar to why fish swim in a big school; by being noisy all together, they hope that the many predators that crave the crunch of cicada (such as birds, ants, spiders and even bats) pick one of their noisy neighbours instead of them. The collective sound is also painful and discombobulating for many predators. The time of day they sing is also no accident: during hot, oppressive weather most predators are too busy trying to keep cool to go hunting. Pretty clever, huh?

So how do such tiny creatures make such overpowering overtures? Scientists are still trying to figure it out fully but the general gist involves a pair of ribbed membranes on the abdomen called the tymbals. The male cicadas contract the muscles in their abdomen (called internal tyrnbal muscles) which causes the tymbals to collapse inwards, creating a pulse of sound. When male cicadas sing, their ear-parts (called tympana) also crumple up so they don’t deafen themselves. Fun fact: While you’d be used to hearing the larger, very loud cicadas, some smaller cicada species are known to also sing loudly, but at a pitch too high for us to hear!

Cicadas certainly are a favourite insect of children. In fact, many new species in Australia have been discovered by tiny tots who have doggedly searched for the source of that strange sound. This has led to many adorable common names for Australian species including Black Prince, Yellow Mondays, Greengrocers, Floury Bakers and Cherry Nose. With many hundreds of new species of insects being found around the world every year, there’s every chance there are more creative cicada names to come: so keep your eyes peeled, your camera ready and document your findings on the amazing Atlas of Living Australia website. If you find a particularly odd-looking one you could be naming the next cicada after that very loud mother-in-law that asks overly-personal questions every Christmas…. just a suggestion. 😉

Inspecting insects? Log them on Atlas of Living Australia

Previous post:
Our new wellbeing guide… for fur seals
Coming up next:
Love fish? Choose a range when selecting seafood.