Find out from Sinéad Williams how being profoundly deaf inspired a life-long passion for science and why we need to genuinely listen to be inclusive.

Sinéad was born profoundly deaf. Then, in 2020, she lost what little hearing she had. The doctors told her she had developed sudden sensorineural hearing loss.

“My world turned upside down. I was living in a silent world,” Sinéad recalled.

It was one of the most anxious periods of her life. She was struggling at work, unable to communicate effectively with her colleagues at our Australian Centre for Disease Preparedness (ACDP). Without any live transcription, video calls and webinars were impossible to follow along with.

At home, she worried about home-schooling her children Orla and Thomas. Toby, her youngest son, has Down syndrome and needed her support in his speech development.

To top it all off, during the peak of COVID she had to get used to asking friends and strangers to do something potentially very uncomfortable for them.

“I asked people to remove their mask so I could lip read,” Sinéad said. “Before COVID, I never had to tell strangers I was deaf. Now I was forced to tell everyone.”

She would explain that she relied on lip reading to follow a conversation. But she was still always nervous about how people would respond.

“There have been a few incidents where people haven’t been nice to me, sometimes in front of my children. I don’t think I have ever experienced isolation like this in my life.” 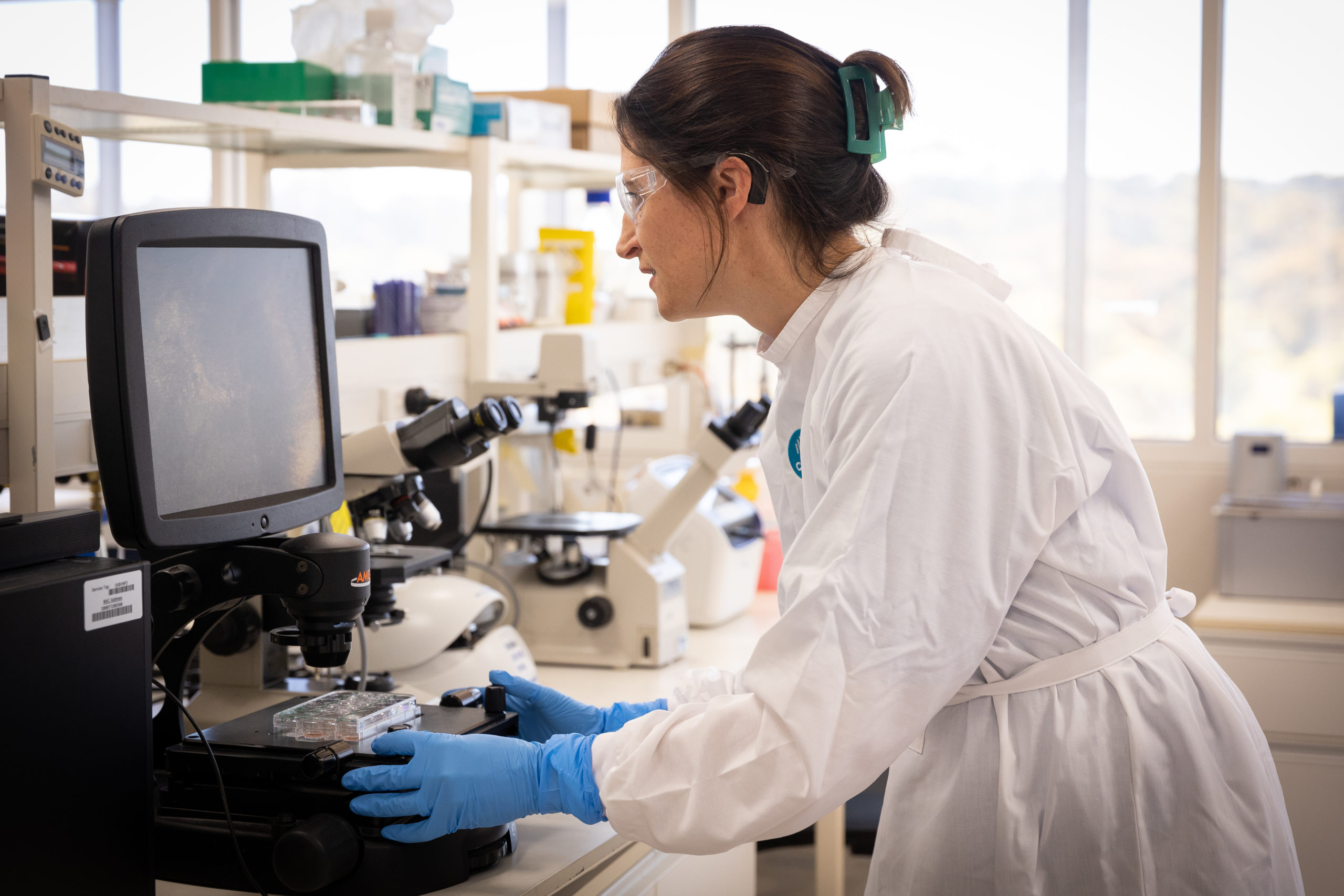 Sinéad at work in her lab at Australian Centre for Disease Preparedness.

A Galway girl in the lab

Despite being profoundly deaf, up to this moment, Sinéad had done her very best to be completely self-sufficient.

“My parents were expected to send me to the School for the Deaf in Dublin (4 hours away by train) at the age of 5. They were told I would never be able to speak and would depend on sign language to communicate,” Sinéad recalled.

But her mother Kathy wanted Sinéad to have the same opportunities to learn as every other child. A teacher in the Claddagh school in Galway, Kathy found a way to get her daughter into a classroom.

Sinéad remembers she was the only deaf child in the playground. Her mother would buy school dresses and then buy extra fabric to make pockets for Sinéad’s bulky hearing aids.

But Sinéad loved studying science, especially microbiology. She was at once fascinated with the Rubella virus when she discovered it was the cause of her hearing impairment. Her mother had contracted the disease while pregnant.

When it was time to go to college, Sinéad knew she wanted to pursue a career in science. “I had to be mindful. I wanted a job where I would be able to function and do just as well as any hearing person,” she said.

Lab work met all her requirements. She knew she could master the job and communicate face-to-face with a small group of colleagues.

Sinéad joined CSIRO in March 2017 as a research technician with ACDP.

She enjoyed the work until COVID threw a spanner in the works. Mask mandates meant she could no longer lip read. But the Health and Safety Environment (HSE) team found a way around it. They arranged clear face shields for her team so they could all still communicate.

That year, Sinéad was also treated with steroids. Doctors recommended a cochlear implant.

Getting the device changed Sinéad’s life. For the first time, she could hear high frequency sounds. She could hear her husband and children speak; could recognise the music of wind, rain and birds.

Previously, Sinéad could not bring the cochlear sound processor she used at home into her high security workplace. But the Cochlear company donated a second processor that she could leave in the secure labs. It was another first for Sinéad – she could now hear her colleagues. 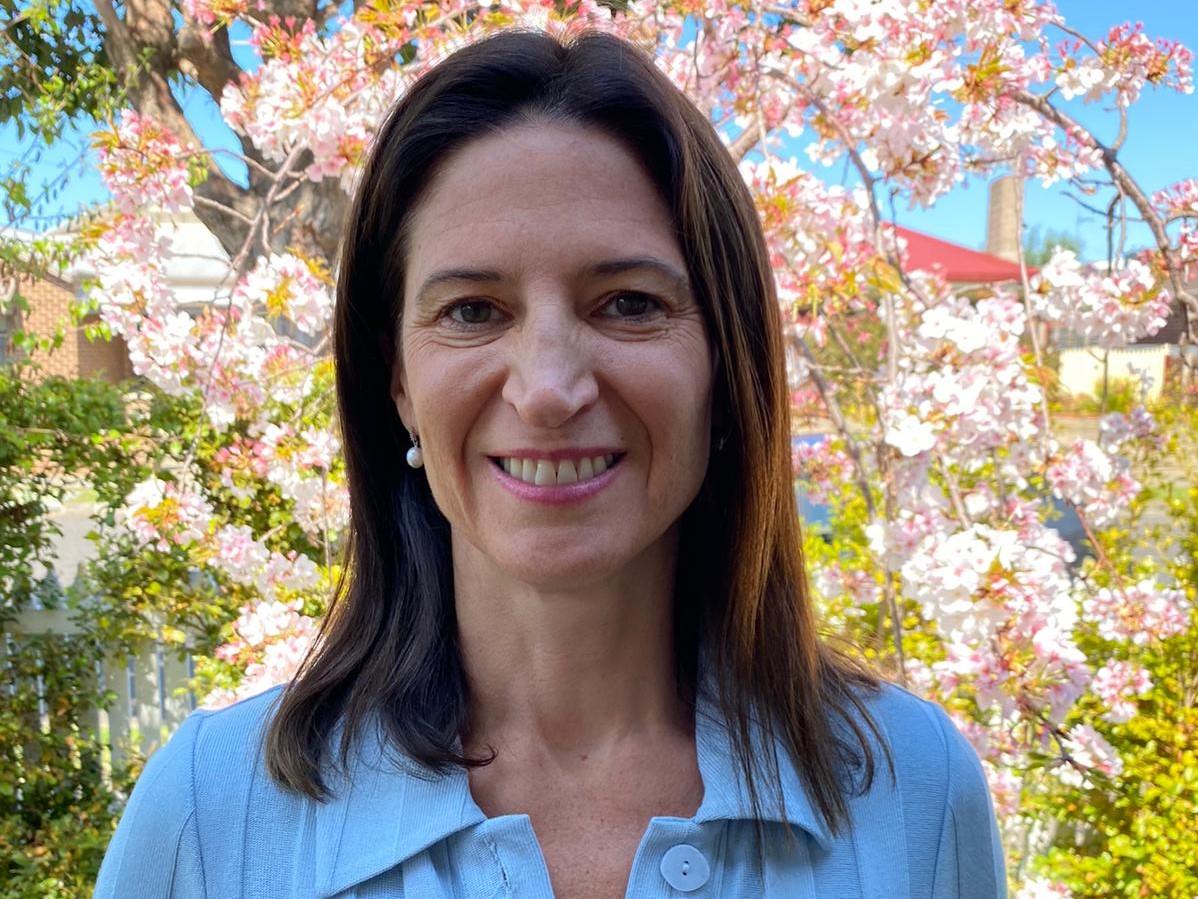 Sinéad Williams became profoundly deaf thanks to a virus – and it sparked a lifelong fascination with science.

Another milestone came in July 2022, when Sinéad was promoted to team leader of the Zoonotic Platforms team in our Health and Biosecurity Business Unit.

Now, she and her team are developing an ex-vivo lung model.

“It is a model that allows us to study respiratory infections and can be used as a platform to test therapeutics,” Sinéad explained. “This model has been used for testing antivirals against SARS-CoV-2.”

In the meantime, she’s also discovered ways in which working online can be made more accessible for those with hearing impairments.

You can contribute by turning on your video when you speak on a video call. Centre your face on the screen and ensure your face is clearly visible.

The background should not be too bright. When making a PowerPoint presentation, the text should be enough to convey your message, even if someone is deaf. And turn on the ‘Always use subtitles’ option. 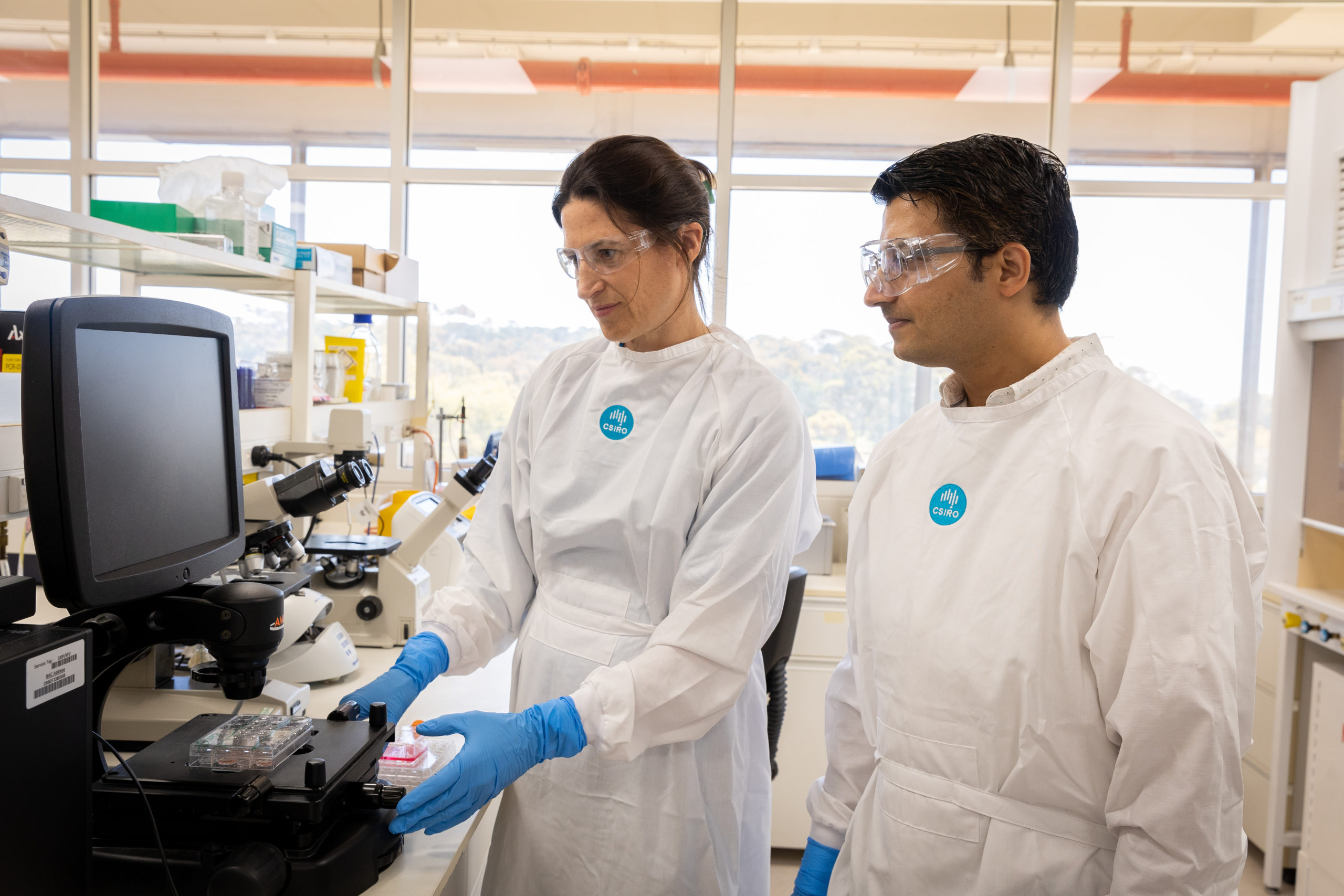 Sinéad and her colleague, Dr Pawan Parajuli at work in the lab in Geelong.

Reasons to be optimistic

Sinéad believes frank discussions about our needs are key to ensuring our workplaces are inclusive.

“Leaders should have one-on-one conversations and just ask: ‘What can we do to support you?’ Don’t assume people can’t do certain things,” Sinéad advised.

She herself continues to learn to speak up.

Throughout her primary, secondary and university education, Sinéad was the only deaf student in her classes. She was compelled to educate people about hearing loss and change people’s perception about disability. She even had to justify why she needed extra support to teaching staff. It saddens her to think of how many people with disabilities are locked out because of challenges like this.

“When I was growing up, all I did was try to fit in with the hearing world. I never questioned them or asked them to adjust to include me,” she said.

She believes we need to talk openly about disability.

“It’s important we start listening to people. It’s important that we hear stories from people with disabilities and listen to the barriers they faced to inclusion and hear what has worked and what has not worked from them.”

Previous post:
Human-robot teamwork makes the dream work
Coming up next:
740,000km of fishing line and 14 billion hooks: we reveal just how much fishing gear is lost at sea each year