Clouds are cool. Learn some cool things about them.

1. The word “cloud” comes from the old English words “clud” or “clod” meaning lump of land or lump of rock, which in the 13th century was extended to apply to the lumps of water in the sky. 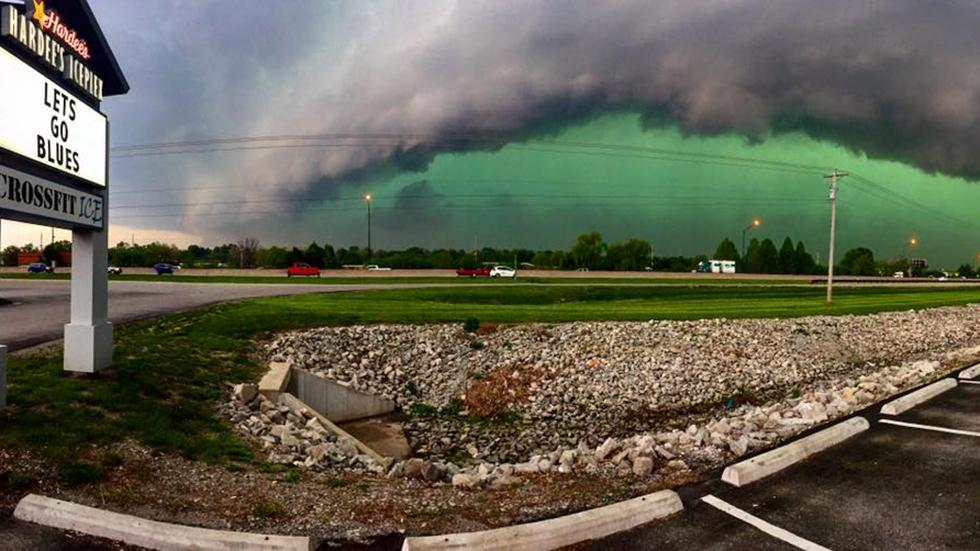 2. Thunderstorm clouds can be green and no one knows why. 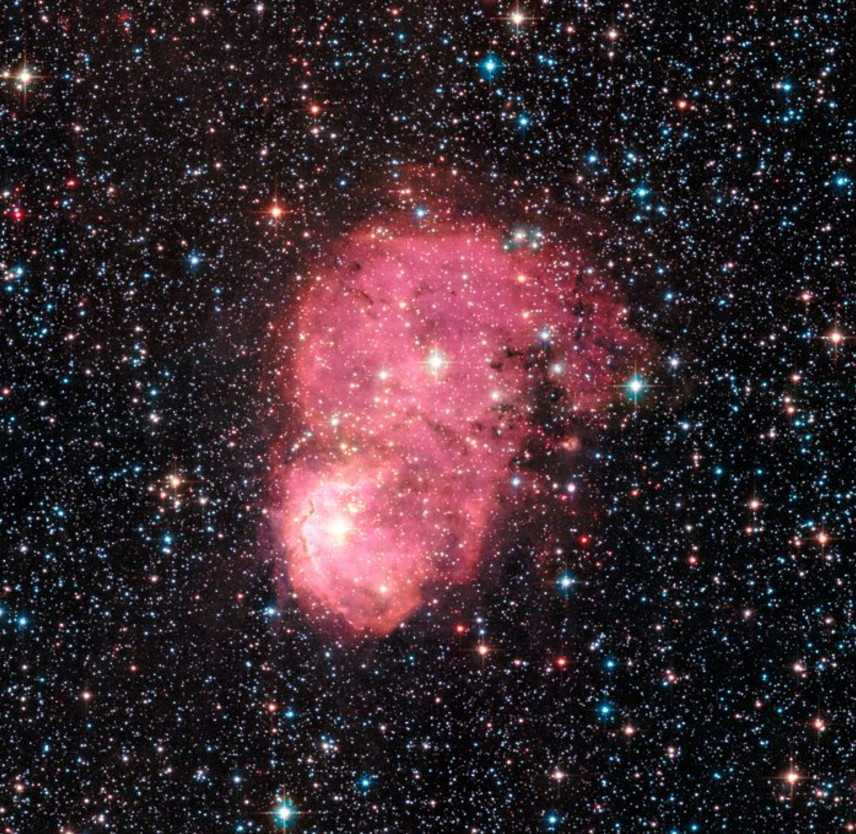 This glowing nebula, named NGC 248, is located within the Small Magellanic Cloud, a satellite galaxy of the Milky Way and about 200 000 light-years from Earth. ESA/Hubble

3. Extraterrestrial clouds are rarely made of H20. Venus’ are sulphur dioxide (smelling of just-lit matches, or set-off fireworks, which is exactly how Venus the goddess of love and sex should smell). Interstellar clouds, otherwise known as nebulae (which is in fact Latin for “clouds”), are made of cosmic dust, hydrogen and helium gas, and plasma. This cloud weighs the same as a jumbo jet

4. They’re heavy. An average cumulus cloud (fluffy white cloud) weighs the same as a jumbo jet – about 500 tonnes.
Then how the heck do they float?  Clouds are made up of tiny water droplets which, because of the viscosity (aka the ‘thickness’) of the air, means they fall very slowly. Even a small updraft is enough to keep them up.

It’s also worth mentioning that clouds aren’t a single solid, permanent object. Put very simply, a cloud is made when a bunch of air containing water vapour becomes so cold that the vapour condenses into water droplets (they’ve reached the ‘dew point temperature’). When water droplets fall to warmer air, they ‘disappear’ into gas (that’s why similar clouds always look like they’re the same height). At the same time as this, droplets form at the top of the cloud. It seems to float, but it’s actually constantly dispersing and forming. 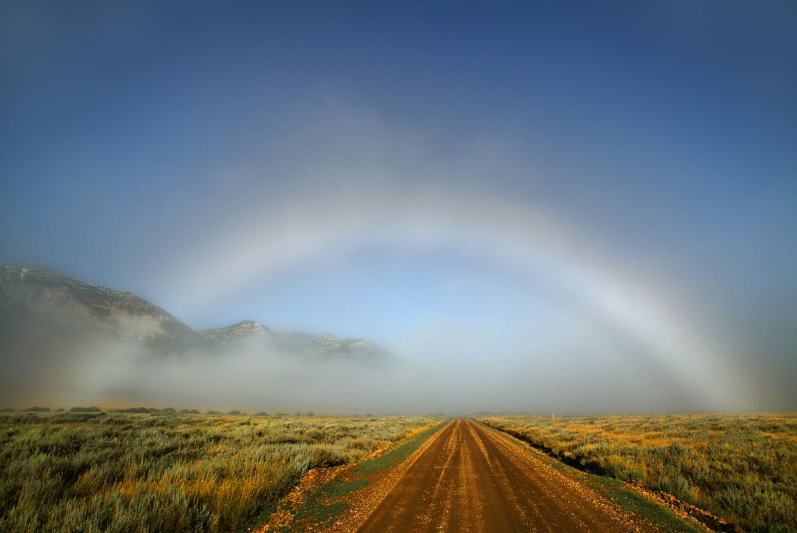 5. Forget rainbows: fogbows are a thing. They’re mostly colourless though. 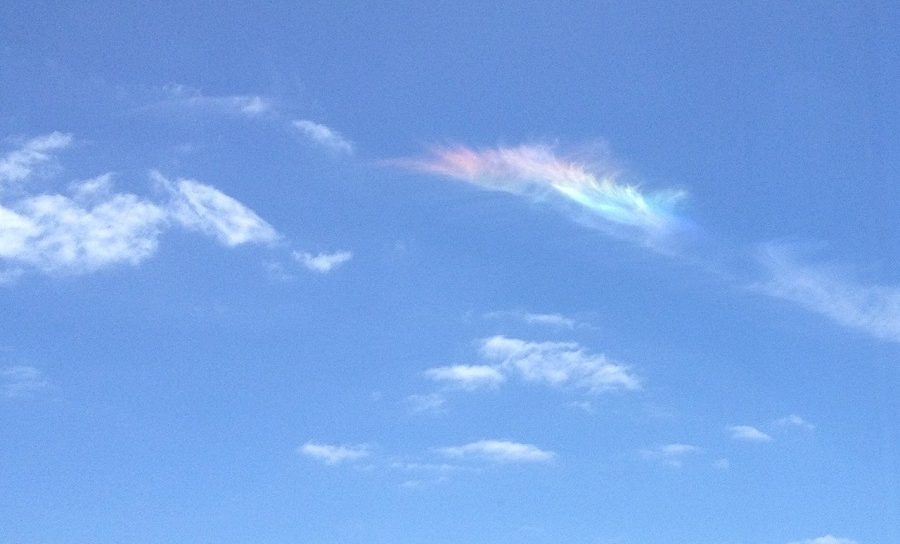 6. The Cloud Appreciation Society exists, and has over 40,000 members.

7. The psychological phenomenon of seeing objects in clouds is called pareidolia. 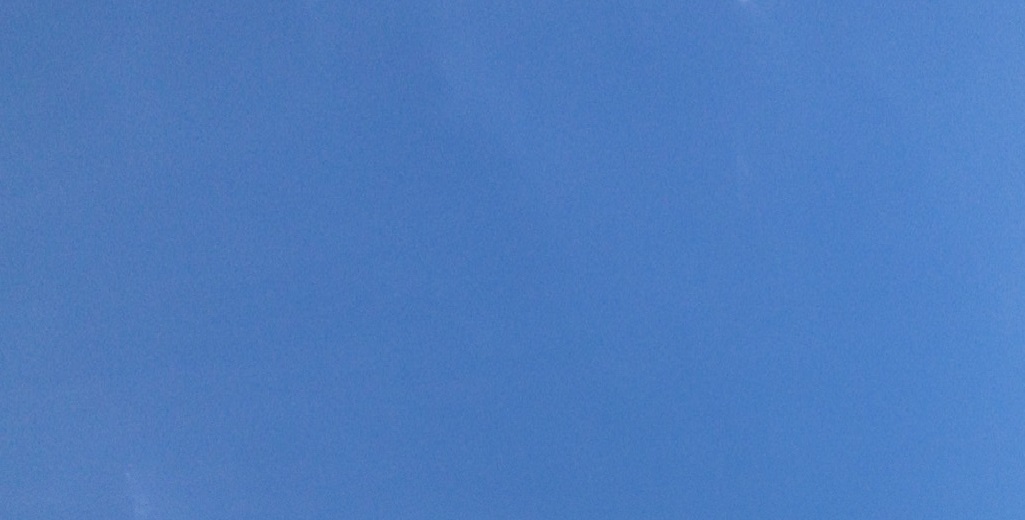 8. You could call a clear blue sky cloudless or, if you want to impress someone, you could call it enubilous.

9. Dandruff floating in the atmosphere helps form clouds. Water needs a surface to turn from vapour to liquid and aerosols (tiny particles suspended in gas) such as dandruff, pollen, algae, fur and bacteria are particularly good at absorbing moisture in the air.                                        Kim you like clouds right?

10. We invented the word that describes the smell of rain: petrichor. Or, to be more precise, it’s the name of an oil that’s released from the earth into the air when the humidity increases before rain begins to fall.

Isabel 'Joy' Bear was one of the scientists to first describe petrichor.

Find out more about Joy Bear