Lying beneath the Derwent River in Hobart is the wreck of SS Lake Illawarra. A recent survey has illuminated this site in a whole new way.

SS Lake Illawarra was a 140-metre bulk ore carrier that struck the Tasman Bridge and sank in 1975. This resulted in the tragic loss of 12 lives: seven ship crew and five motorists driving across the bridge.

While some remember the tragedy and lives lost, SS Lake Illawarra is largely out of sight and mind for most residents of Hobart. Despite more than 70,000 vehicles crossing the bridge each day (the highest volume road section in Tasmania), most travellers wouldn’t think of the wreck lying beneath the surface nearby.

Put on your thinking map

Our new mapping in partnership with Jacobs has merged light and sound to produce the first ever complete map of the wreck and its position beneath the bridge.

The imagery is stunning and seamlessly brings together two separate data sets to create a complete and compelling view.

The mapping shows the SS Lake Illawarra lying next to the bridge between pylons on the eastern shore side. The bow of the ship is close to the third pylon from shore and the ship points at an angle of 45 degrees towards the middle of the river. At its highest point, the vessel is about 15 metres below the waterline. Its closest point (the ship’s bow) is about 125 metres from shore.

This is a never before seen view.

With Jacobs, we completed the mapping in two phases:

To begin with, a Mobile Laser Scanning (MLS) system, owned by Jacobs, was mounted on the deck of our research vessel, RV South Cape. The MLS system was used to scan features above the waterline such as the bridge and surrounding shoreline. The bridge deck (road) and approaches were also scanned using the MLS mounted on a vehicle.

“The scanner uses laser pulses to accurately map the location of features by measuring the travel time and orientation of the pulse from scanner to feature and back,” Paul said.

“The scanner collected around three million points of data per second, at a range of 475 metres, and the entire bridge survey was completed in four passes.”

Then our team used a high frequency multibeam echosounder mounted to RV South Cape. This was used to survey the wreck, bridge debris, bridge pylons and riverbed. These surveys are sometimes called ‘mowing the lawn’. This is due to the parallel tracks used for the survey over the target area. Much like mowing a lawn.

Multibeam echosounders emit pulses (‘pings’) of sound that travel to the seafloor and bounce back to a receiver. Much like the laser scanner, the travel time and orientation of the sound pulse creates a map of the seafloor and its features.

Uncovering detail in the deep

Craig Davey, a Hydrographic Surveyor with our mapping team, highlighted the detail that the new system captured.

“This was a high frequency system that allowed us to capture a large amount of detail,” Craig said.

“If one of the river’s sevengill sharks was swimming over the wreck at the right time, we could map it.”

However, Craig was quick to point out that any sharks inadvertently ‘mapped’ wouldn’t make it into the final 3D model. They would be ‘noise’ that was cleaned up and removed when processing the data.

“We’re mapping the wreck, not the things swimming around it,” he said.

The multibeam system mapped objects on the wreck and seafloor down to 20cm.

Together, the two data sets were then merged in a ‘digital twin‘. This combines the above water laser scanner (surface laser altimetry) and the below water echosounder data (underwater acoustic bathymetry). As a result, the entire area above and below the waterline is shown in one model. This allows people to explore it in 3D.

The results are impressive. 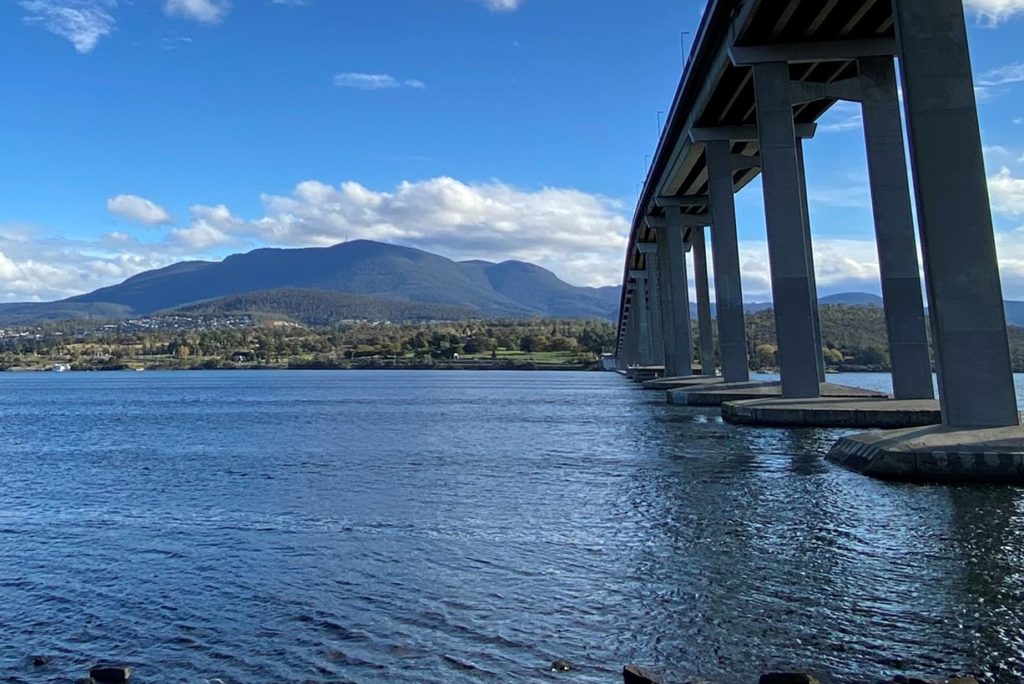 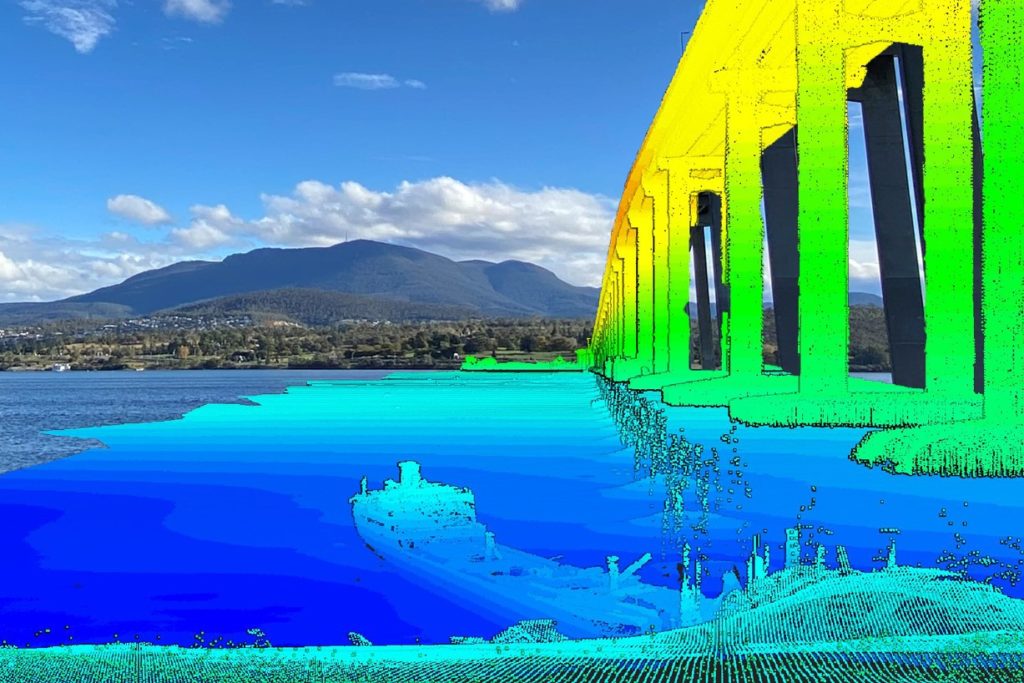 Changing your view of the river

This new comprehensive dataset gives greater coverage, additional detail and a more complete view of the wreck of SS Lake Illawarra and surrounding area. To illustrate, greater detail of the ship’s structures is now visible, as well as detail of bridge debris lying on and around the wreck. This includes the large sections of road that fell into the river during the accident.

Importantly, the mapping offers a baseline for engineers to monitor wreck degradation and riverbed scouring. It also provides a helpful tool to orientate those who occasionally dive on the wreck.

However, Craig said the project didn’t only provide important data about the SS Lake Illawarra’s location and condition. It also shows something unseen by thousands of travellers on the Tasman Bridge every day.

“Once you’ve seen these images, it really changes your experience looking at the river and bridge, and being able to clearly visualise that 140-metre shipwreck lying in the water next to it,” Craig said.

“The mapping really uncovers a hidden view of Hobart’s history.”

Uncover more of our work from mapping beneath the waves

END_OF_DOCUMENT_TOKEN_TO_BE_REPLACED 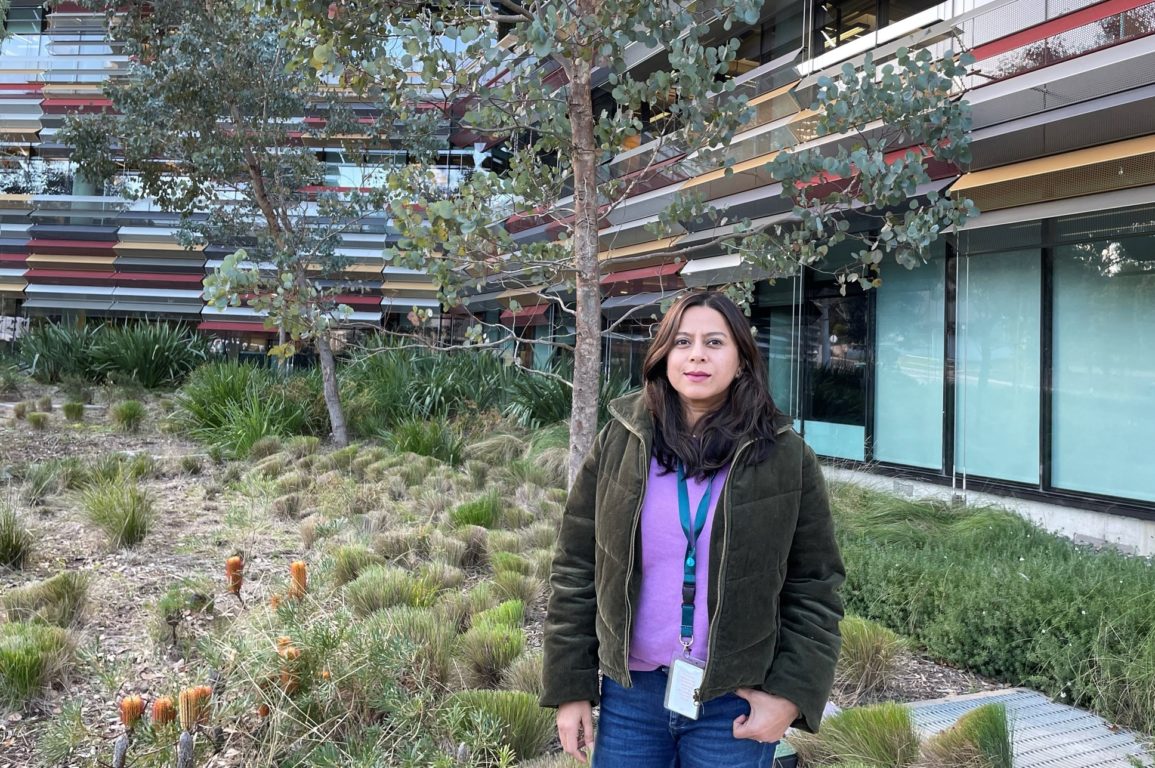