The newest radio image of our Milky Way reveals many more supernova remnants than previously detected. This is all because of our world-class technology.

Two already superstar telescopes in our Australia Telescope National Facility have teamed up to get the best image yet of our Galaxy in radio waves. This image may signal the start of our ability to finally answer some galactic questions.

Models on galactic evolution predict the Milky Way should have produced a plethora of stars that have since died in supernovas. However, the faint signature of these supernovas makes it hard to find any remnants of their existence. To prove our models are correct, scientists would have to wait until technology becomes advanced enough.

But the publication of this new image suggests we might be there already. Only seven of the 28 supernovas visible in this image have been detected before!

The Parkes radio telescope, Murriyang, is incredibly powerful. Its single dish can pick up the delicate signals from the space between the stars. On the other hand, Inyarrimanha Ilgari Bundara, our Murchison Radio-astronomy Observatory, is an array of 36 dishes. Having this many dishes over a large area gives ASKAP radio telescope excellent resolution and provides fine detail in its images. In fact, it has already captured a supernova remnant in great detail. So, together, these telescopes can tell us a lot. 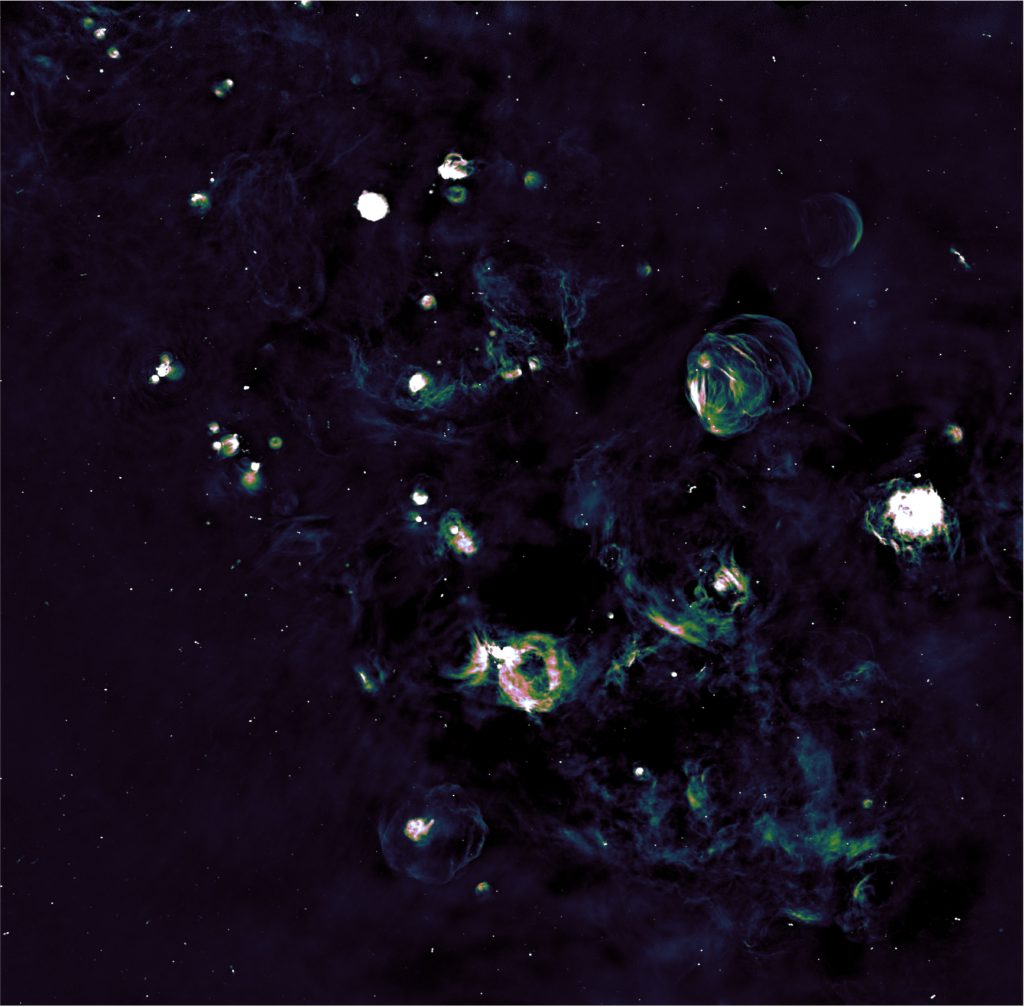 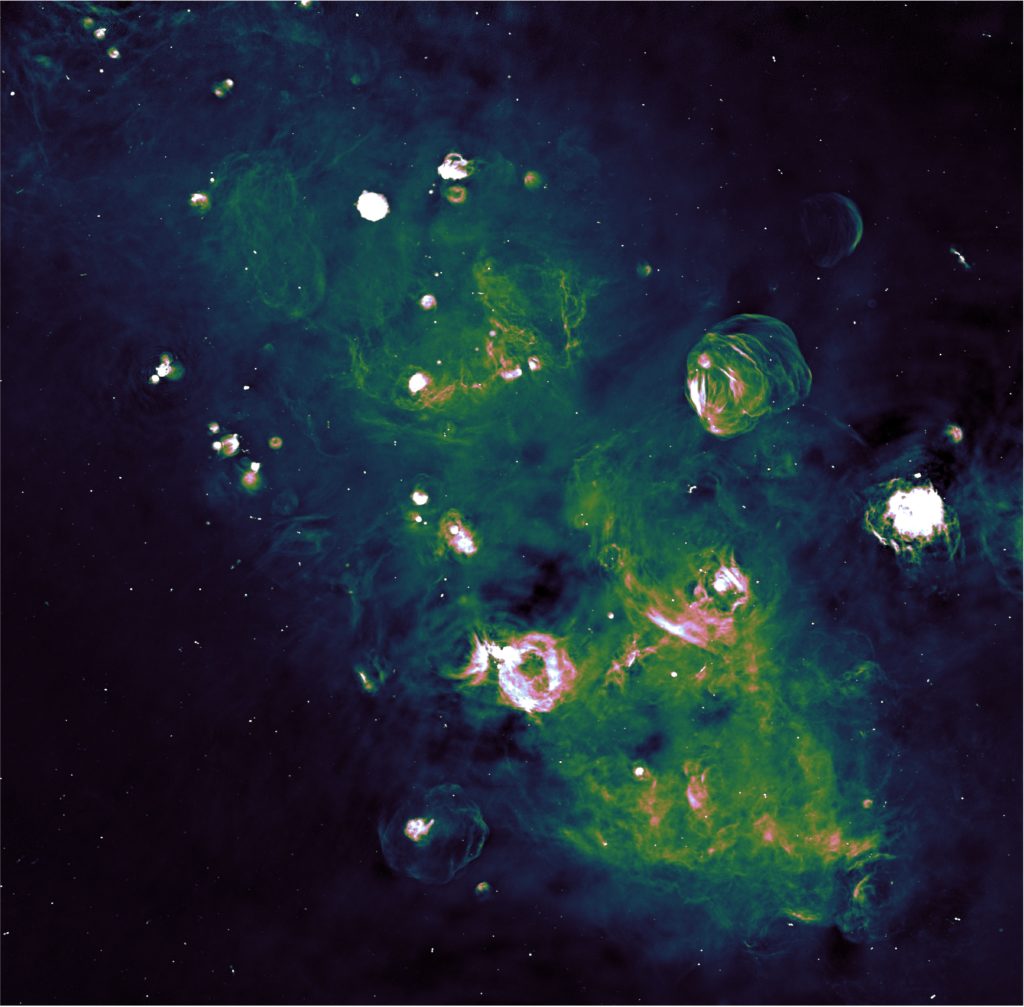 A part of the galactic plane seen by the Parkes radio telescope, Murriyang, showing the dust between the stars. Credit: E. Carretti (INAF) and the PEGASUS team.

Technology to the rescue!

Dr Alec Thomson works on the POSSUM project, which uses ASKAP to look at magnetic fields in the Universe. Alec said this image is an important technical demonstration of how well these two telescopes complement one another.

“From a science perspective, this image offers a uniquely sensitive view of the large and intricate structures of nearby objects in our home Galaxy,” Alec said.

“From a more technical perspective, this is the first time a large survey will combine single-dish images with those from an array in the Southern Hemisphere.”

Both telescopes have incredibly high-tech receivers. These are detection components for faint radio signals coming in from the Universe. While each ASKAP dish has a phased array feed, Parkes uses its ultra-wide band, low-frequency receiver. We developed this $2.5 million instrument in collaboration with a group of Australian universities led by Swinburne University of Technology.

Move over Batman and Robin, now there’s POSSUM and EMU

There are nine international teams running five-year survey projects with ASKAP. Two of these projects are POSSUM and EMU. They contribute to another survey project, PEGASUS, which aims to scan the entire southern sky with Parkes across the next two years. Led by the Italian Institute of Astrophysics (INAF), this survey will add vital data to ASKAP’s observations.

“With the multi-year surveys combined – POSSUM, EMU and PEGASUS – we will produce the most detailed and sensitive radio image ever of our home Galaxy,” Alec said.

This image is the first from the PEGASUS survey and its exquisite detail has even surprised scientists. Despite showing only one per cent of our total Milky Way, researchers discovered 21 new supernova remnants from the 28 captured by our telescopes. Scientists are hoping to find 1500 new remnants throughout the entire Milky Way by the time the survey is complete. Only then will they know if their galactic model is correct.

ASKAP and Parkes are owned and operated by us, Australia’s national science agency, as part of the Australia Telescope National Facility. We acknowledge the Wajarri Yamaji people as the Traditional Owners and native title holders of Inyarrimanha Ilgari Bundara, the CSIRO Murchison Radio-astronomy Observatory, where ASKAP is located, and the Wiradjuri people as the traditional owners of the Parkes Observatory.