In the summer of 1582, Pope Gregory XIII took the rather extreme decision of deleting 10 days from the calendar of that year. He must have had it in for Librans because it was a chunk of October he took aim at—the day following 4 October became 15 October (if my brother was 432 he wouldn’t have had a birthday that year). You see, the Catholic Church had an Easter problem. Under the Julian calendar the moon was getting away on them and the movable feast that is Easter (which took its timing from a complex calculation involving the moon cycle and the spring equinox) was creeping out of spring, where they thought it should be, and towards summer. 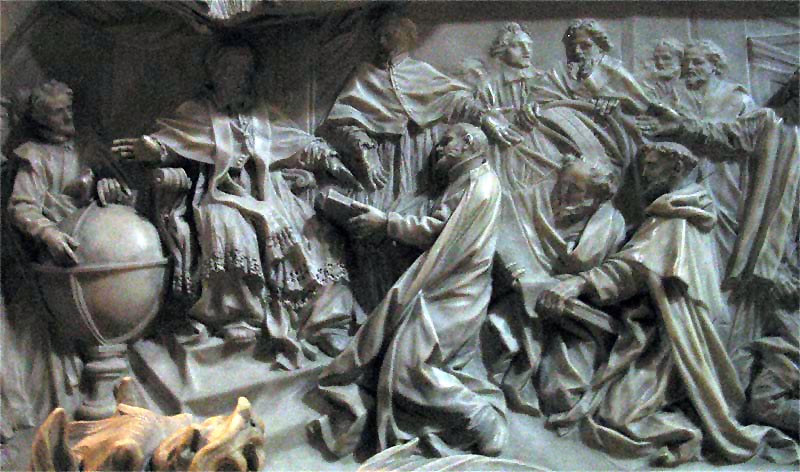 Pope Gregory XIII celebrating the advent of the Gregorian calendar, as depicted on his tomb. Image: Wikimedia Commons

The cut did the trick and in 1583 Easter was back in line with the spring equinox. To make sure it stayed there, the Church devised a new schedule of leap years and moon cycles (after all, ecclesiastical Full Moons don’t necessarily have to line up with the actual astronomical Full Moons). They liked their work and so the Pope put his name to it, the Gregorian calendar was born and Easter became a little less moveable. Now, the Gregorian is the calendar that has been adopted by most countries around the world for civil use.

That’s all very well but what if you happened to be living in northern Australia and your moveable feast wasn’t Easter but a sawfish? How would you know when that was going to appear? The Gregorian calendar falls badly short on this front but don’t worry, in the Kimberley the Gooniyandi seasons calendar has you covered. In the Fitzroy River region of Western Australia the Gooniyandi people know that when the weather turns cool and the red dragonflies (Jarloomboo) appear, the sawfish (Galwanyi) are fat and ready to eat. This is the season of Ngamari, the female cold weather time. 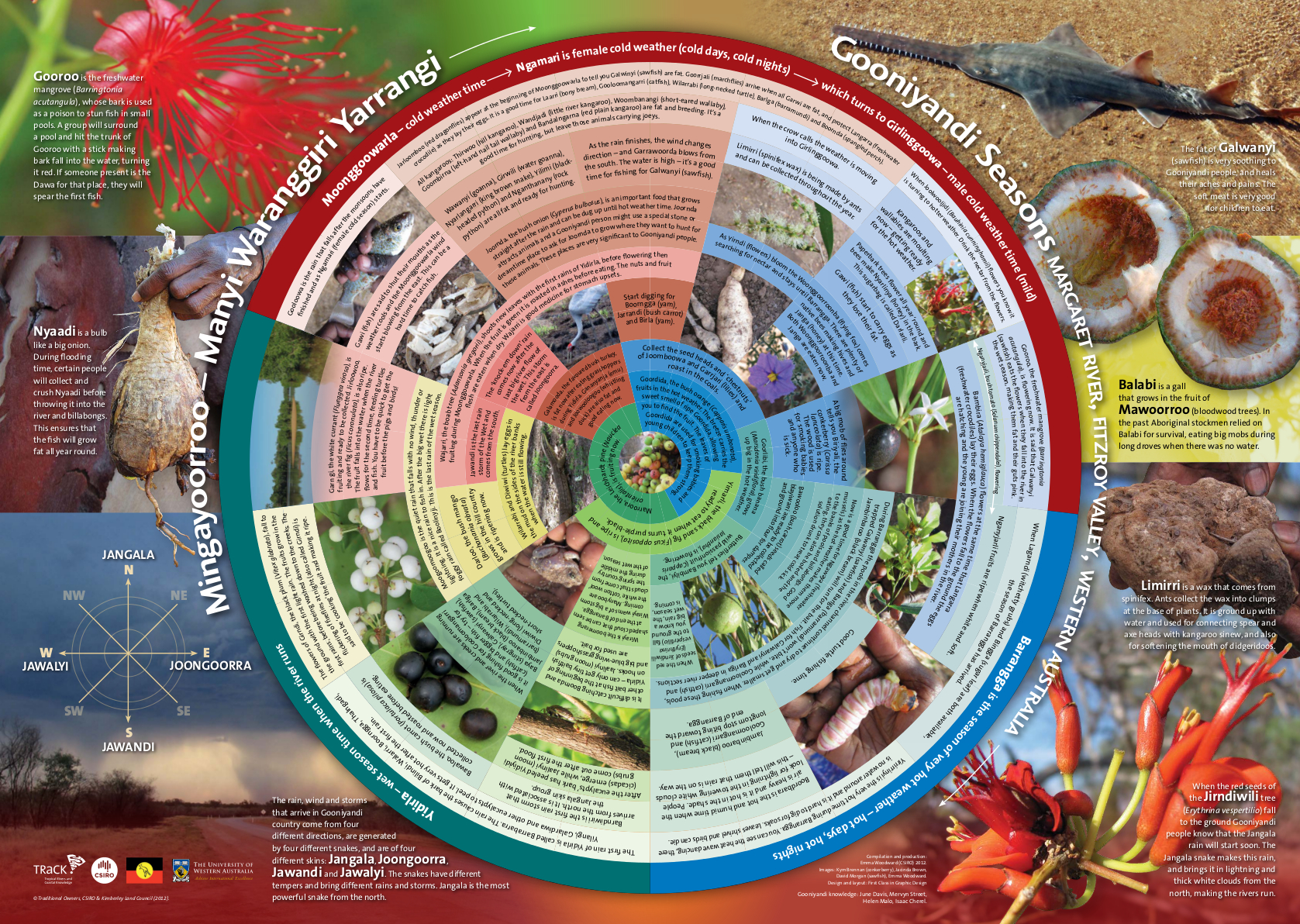 That’s just one small example of the knowledge captured in a new series of Indigenous seasonal calendars from the Top End. CSIRO, as part of the Tropical Rivers and Coastal Knowledge (TRaCK) program, worked with six Indigenous language groups—the Gooniyandi and Walmajarri from the Fitzroy River area in the Kimberley region of Western Australia, the Ngan’gi, MalakMalak and Wagiman from the Daly River region in the Northern Territory, and the Gulumoerrgin/Larrakia from the Darwin region—over five years to develop them. The calendars demonstrate the wealth of knowledge that Aboriginal people in northern Australia hold about their environment and the connections that exist between ecology and seasonal changes.

With NAIDOC upon us, it’s a nice time to reflect on the unique contributions Indigenous peoples make to our understanding of the Australian continent. The knowledge in these calendars has been used to inform scientific understandings of river flows, aquatic resource use patterns and the relationships people have with water, in order to better inform water management and planning in northern Australia. The calendars have also had a positive social benefit for the language groups involved by making the knowledge contained in them more accessible to local communities.

So next time you’re consulting your guide to equinoxes and ecclesiastical moons (aka the Gregorian calendar) to plan a chocolate Easter egg hunt, take a look at these seasonal calendars to see what’s happening up north. Around that time in Darwin, the Larrakia/Gulumoerrgin people won’t be collecting chocolate eggs; they’ll be collecting turtle eggs. They know Betbiyan (flatback turtles) will have laid them when they see that Easter moon turn full. 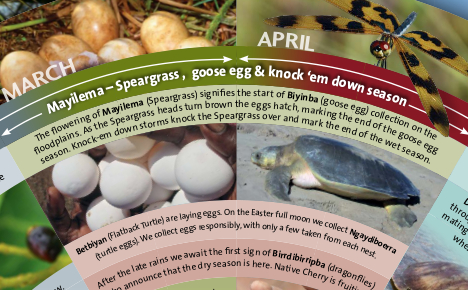 Some of the knowledge recorded in the Gulumoerrgin seasons calendar

Previous post:
Red and Blue, Spinning Around You
Coming up next:
Update 1 of the Southern Surveyor voyage (ss2013_v04) into the Indian Ocean