750 legs and stinky: The miniature lives of millipedes

750 legs and stinky: The miniature lives of millipedes

It's the leggiest animal in the world. It can glow in the dark. And it produces a stinky smell. Dr Juanita Arrieta introduces us to the weird world of millipedes! 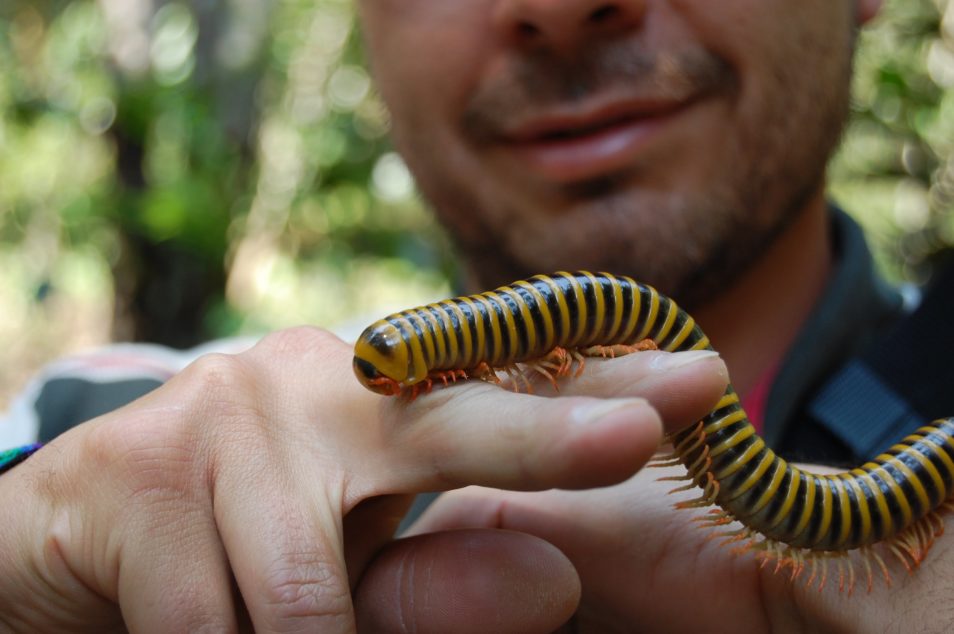 A man holds a huge millipede

“They’re really cute. If you look closely they have a face like a teddy bear … or like a little manatee.”

Our research scientist, Dr Juanita Rodriguez is one of the only people in Australia studying millipedes. In fact, she’s one of just five or six scientists in the world who study millipedes!

“Officially I work on wasps at CSIRO, but I have a secret love … millipedes.”

We sat down with Juanita to find out more about the leggiest organism in the world.

How did you come to study millipedes?

“I’ve always loved looking at invertebrates under a microscope. I’m interested in their shape, their diversity, how cool-looking they are … like little aliens!”

“In Colombia, I worked on ants, then moved to wasps. When I finished my PhD there was an opening as a post-doc in the US, working on the DNA of millipedes. So, I said yes. I like all things creepy-crawly!

“Since then, I’ve done field work all around the world, looking for millipedes. From Lord Howe Island to South Africa, from Western Australia to Italy and Spain.”

A scientist holds a mlilipede

Dr Juanita Rodriguez studies the most leggy animal in the world … the millipede!

Where do most people see millipedes?

“In Australia, most people think about the little black millipedes that infest their house and garden. They’re most likely black Portuguese millipedes – a pest. They can reach plague proportions in southern Australia, destroying crops. Sometimes they’re so thick, it looks like the ground is wriggling with millipedes.”

“But Australia has 600 species of native millipedes. And some are quite beautiful. Sometimes they have very flashy colouration – yellows, reds and blacks – to warn off predators. Like the warning colours on venomous snakes. Other millipedes are nocturnal and produce bioluminescence.” 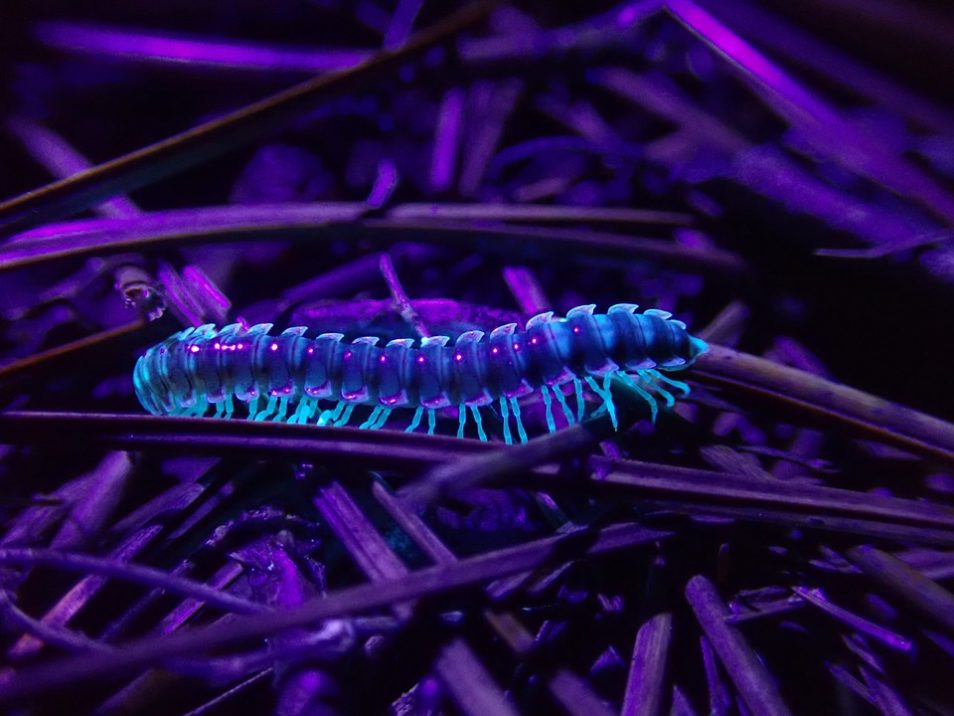 Some millipedes are bio-luminescent! Photo: Pixabay

Juanita says millipedes are cute, and they stink.

“When I walk into a forest I can tell if it smells like millipedes. Some of my colleagues can tell what species they are based on their smell! I don’t have such a trained nose yet. My colleagues in Tasmania are able to tell the stinky ones [that release ketones] from the not-so-stinky ones. But I mean … they’re all stinky!”

Unlike centipedes, millipedes don’t have poisonous claws. They’re quite timid. So when they’re attacked, they roll up into a ball and squirt out a foul-smelling liquid. It’s not the coolest defence mechanism, but it seems to work okay. ⠀

Before you turn up your nose, hear us out. Millipedes produce a huge diversity of chemicals, including alkaloids, quinones, ketones, terpenes, esters, phenols and various acids. Many of these molecules are new to science. This means that they could have some very interesting scientific applications. Some of these millipede-made chemicals could be used for sunscreens. Other millipede-made enzymes could be used to produce pharmaceutical materials.⠀

What are the three most interesting facts about millipedes?

What role do they play in the ecosystem? Why are they important?

“They’re very important because they’re one of the main nutrient cycling organisms. They feed on organic matter like dead leaves and vegetation. They’re the ones in charge of process that so that the plants can use the nutrients again.” 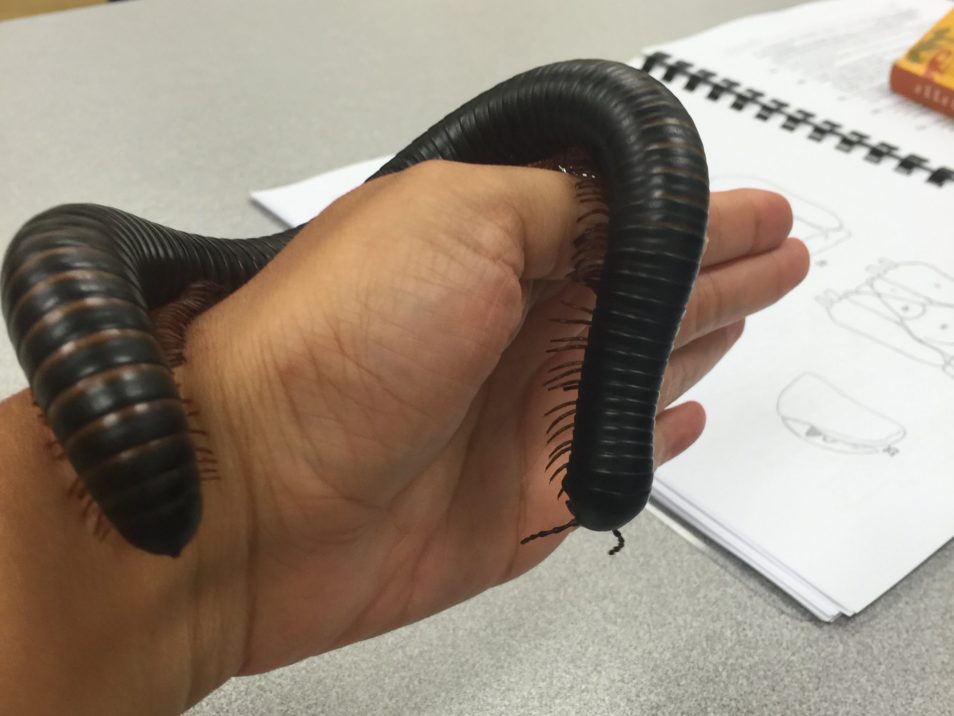 Wait a second, what is a millipede?

Millipede means ‘thousand feet’, but it’s not quite correct: they have between 30 and 350 pairs of legs. 700 legs! Most of us don’t have time to count all these appendages. So how will you know if you’ve met a millipede?

Juanita tells us that millipedes are a 500 million year old group. But there are still so many unknowns. There are still new species for western science to describe!

Love millipedes and other leggy animals? Leg it to our National Research Collections Australia site.