Count on it: Mathematics careers are anything but average

Count on it: Mathematics careers are anything but average

We spoke to five maths professionals to find out mathematics careers can be varied, interesting and help solve the greatest challenges.

We’re always talking about the science and technology side of STEM but we don’t often talk about mathematics careers. We spoke to five professional mathematicians working in a variety of interesting jobs. Some might surprise you given their numbers background. 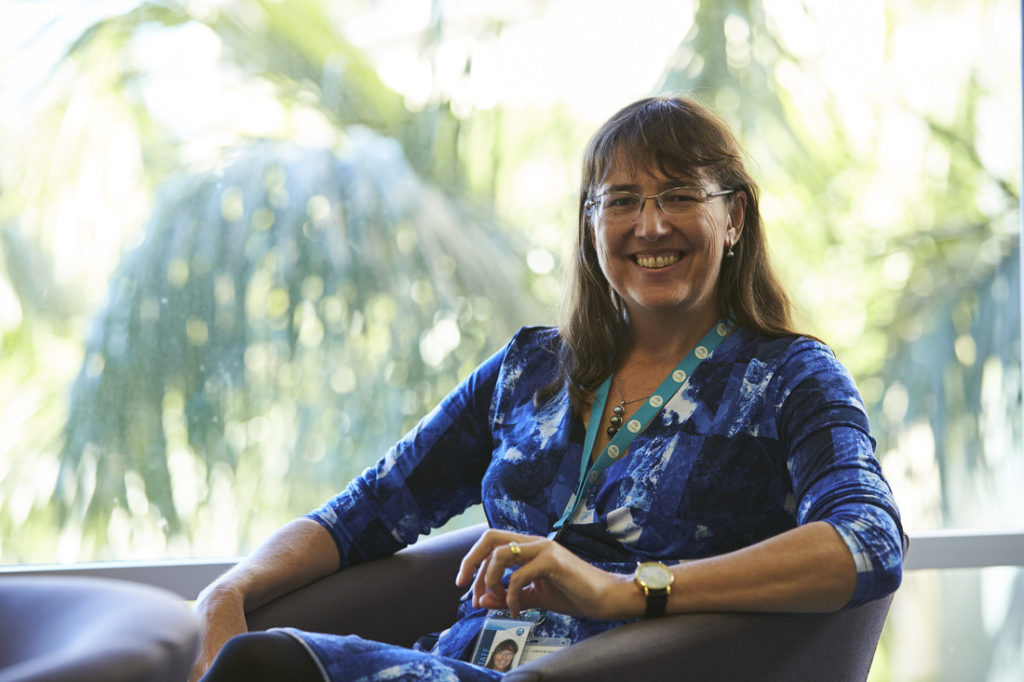 Take Eva Plaganyi for example. Eva is a principal research scientist with a background in applied mathematics, zoology and botany.

“I knew I wanted to work with animals but I didn’t have a clear idea of what I wanted to do. At the same time, I loved mathematics but I had no real idea how they combined. I was put off by the idea of just sitting in a room and working with numbers. So, I decided to do both,” Eva said.

“Stock assessment is based on equations to describe populations. We draw on those equations alongside data from the natural system to understand how we can sustainably manage populations,” Eva said.

“A lot of the models we use have simple to complex equations and on the basis of that we are able to provide rigorous advice to our stakeholders.”

“If you enjoy maths you can use it anywhere. Sometimes it’s hard to understand the power of mathematics. Science is about problem solving and mathematics is the ultimate practical problem solver.”

Head in the clouds

Terry O’Kane definitely understands the power of mathematics and has built a world-first using these skills.

“You can do some really interesting and hard mathematical problems in atmospheric science. And you also have the chance of getting a good job. At the heart of a weather prediction you are ultimately solving the Navier–Stokes equations,” Terry said.

“I see mathematics as being a bit of a trade. Maybe others don’t see it that way. Trades people have a concrete problem that needs to be solved and a set of tools to tackle it. In the space I work in, I’m mostly focused on developing tools and new approaches to try and crack problems related to geophysical fluid dynamics,” Terry said.

“It’s hard to plan your career, but the trick is to take a broad view of where you can work and how that work aligns with your interests. I was a professional orchestral musician for over a decade. I played the French horn – that was all I knew. Somehow, from there I ended up a mathematician!” 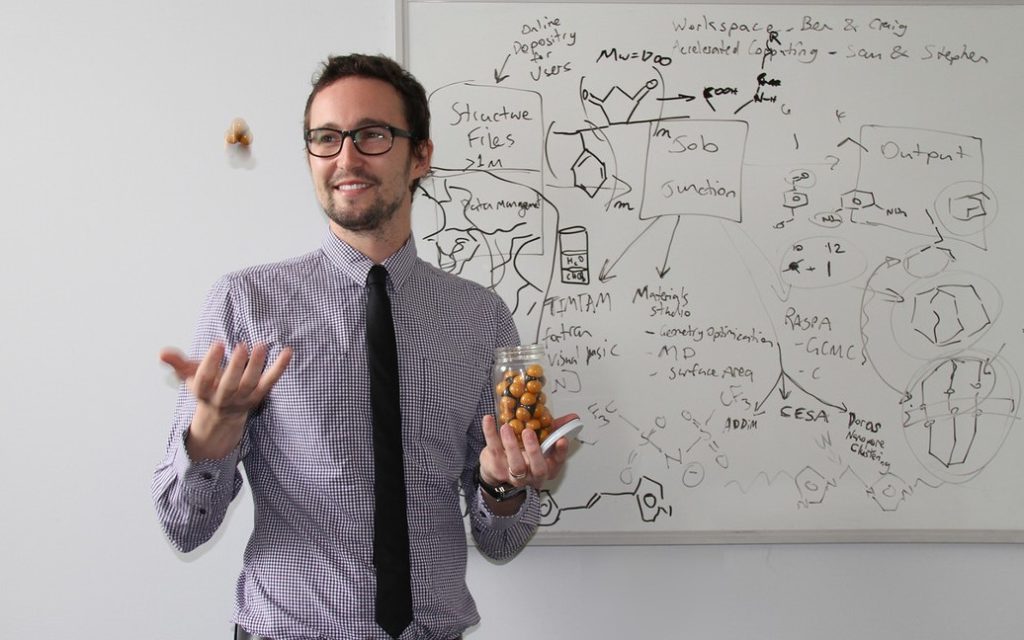 Aaron Thornton has a background in finance and mathematics.

A framework for success

Like Terry, Aaron Thornton might have background in mathematics but he doesn’t work in a typical mathematics career.

“I chose to stay embedded in applied mathematics and manufacturing. By doing so, I was really one mathematician among chemists, physicists and chemical engineers. My job is to bring the maths perspective to the problem they are working on,” Aaron said.

“I was intrigued by the problems. I wanted to model and quantify them to give some definitive numbers. But I didn’t realise how valuable my work was until I built momentum in the area and people would come to me for help.”

Aaron is part of the team working with Metal-Organic Frameworks (MOFs) which have a range of real-world applications.

And then you have Irina Emelyanova. She is a mathematician with expertise in the development of data-driven solutions from subsurface characterisation to remote and distributed sensing for environmental monitoring.

“I never focussed on pure mathematics or developing new theories. Instead, I found my niche as a research scientist. I use my skills in mathematics, statistics and programming to build models for time series prediction, pattern recognition, spatiotemporal data modelling and data fusion,” Irina said.

Irina started her career as a research scientist at the USSR Research and Industrial Institute of Prospecting Geophysics. Now, she leads a team with us developing novel data-driven solutions using advanced artificial intelligence and machine learning technology. 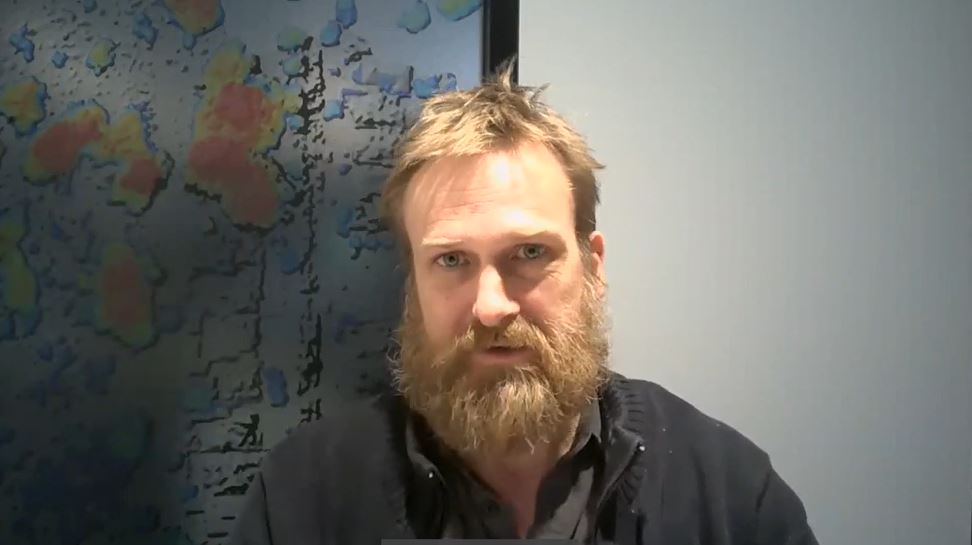 A computer vision for the future

Simon Collings works in our Data61 remote sensing and image integration team. The team is a group of mathematicians for mapping and modelling. They use remotely sensed imagery to map forests, urban landscapes and marine environments.

“When I was studying my PhD in mathematics and computer science it was on some theoretical aspects of computer vision – how can robots or computers see and interpret the images they are looking at? Once I joined CSIRO, my work became much more practical,” Simon said.

“I now apply my mathematics in classification algorithms. It’s not all extremely sophisticated mathematics but that’s always lurking in the background.”

Mathematics is one of the oldest and most fundamental sciences. In mathematics careers you can apply your skills in a range of innovative ways. Just like how our mathematicians are help us solve the greatest challenges. So if you were thinking maths is hard, boring or doesn’t lead to an interesting job, think again!

Explore our programs that inspire the pursuit STEM education