A century of livestock research highlights

A century of livestock research highlights

We’ve helped create some of Australia’s great innovations in the livestock sector over the past 100 years. 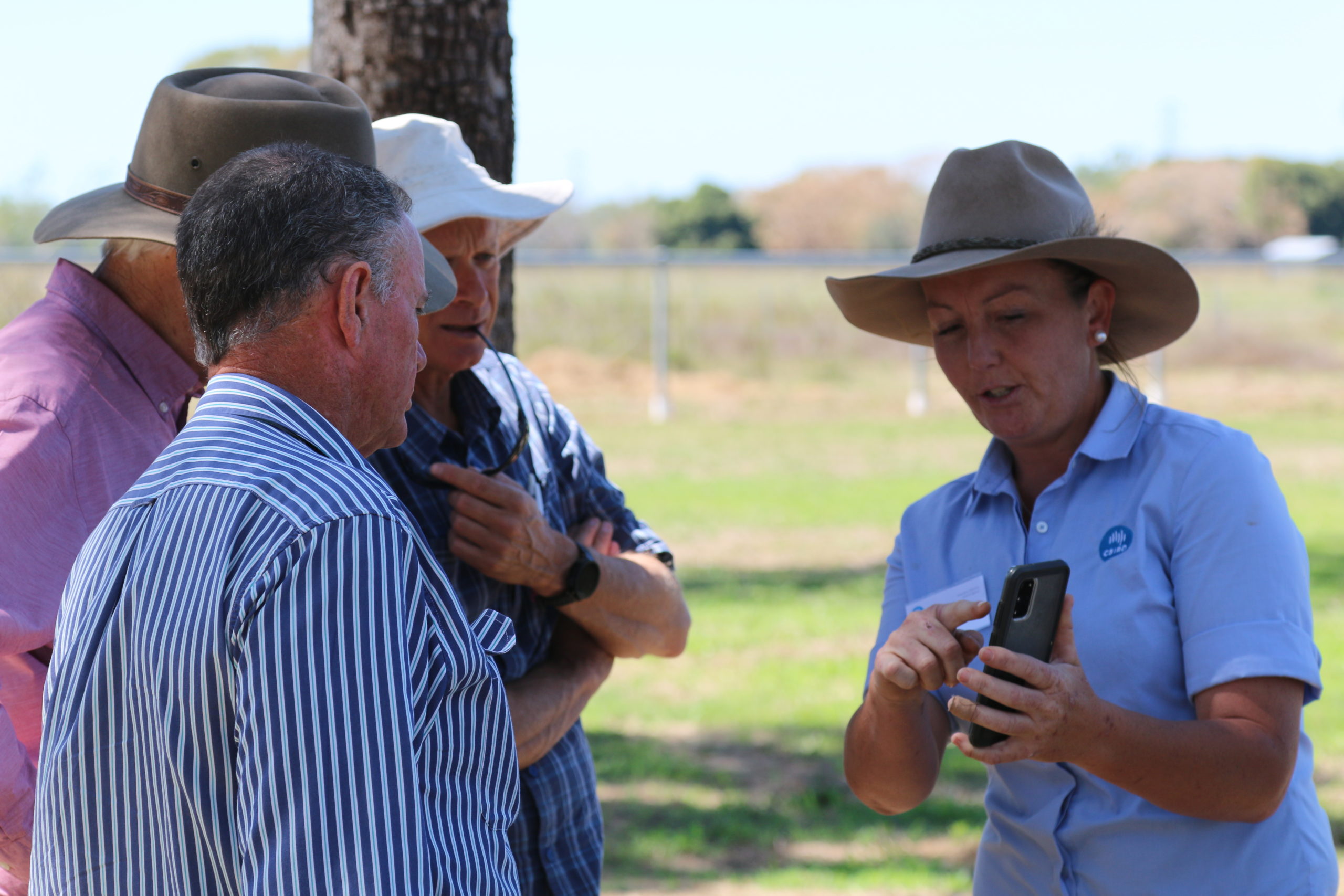 Our aquaculture and livestock research goes way back. We show off some highlights.

Did you know our livestock research actually began way back in 1927? Over the years we’ve started, nurtured and contributed to many livestock industries.

Here are a few oldies but goodies, and some newbies as well.

In the early days of Australia’s beef industry in the north, cattle had a high mortality rate. They suffered from heat exhaustion and tick-related diseases. They failed to thrive on the poorer pastures in northern Australia. At the time, most of the breeds available here originated from Europe. They weren’t as well suited to our harsh climate as breeds that originated from India and other tropical regions.

We first started our research on improving cattle lines in the 1930s. This directly led to the introduction of Brahman cattle to the north. Starting in the 1950s, we created several new tropical composite breeds that continue to improve the genetic quality of Australia’s cattle lines to this day.

But we initially had to convince some in the industry to use these ‘weird new animals.’ One farmer was so embarrassed, he put the new bulls in a paddock as far away from the house as possible so visitors couldn’t see them. But the first calves at weaning averaged 10 kilograms heavier than the others, which prompted him to actually show them off! 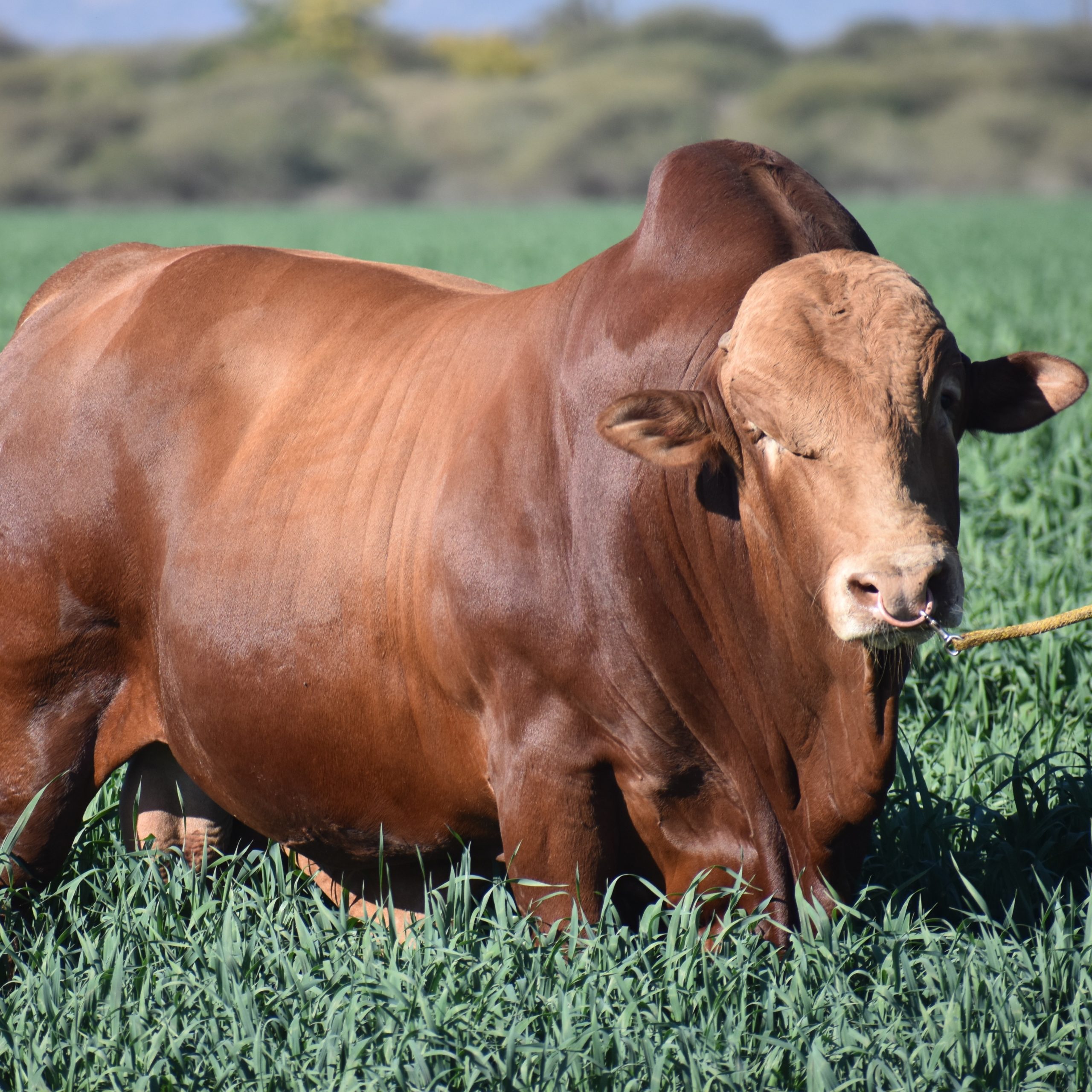 An Afrikander bull, one of the tropical breeds we worked with to improve the resilience of Australia’s cattle in the north. Credit: The Afrikaner Cattle Breeders Society of South Africa.

In the 1960s, we imported several species of dung beetle to process cattle dung and reduce fly numbers. The Australian dung beetles could deal with the waste of our native animals, but weren’t up to the challenge posed by livestock. These amazing creatures bury nutrient-rich cow dung underground. They have brought multiple benefits beyond their initial purpose. These include conserving nitrogen, increasing water infiltration through their burrows and improving the condition of pasture.

It’s estimated that for every litre of dung that is taken down, a litre of subsoil is brought to the surface. Using dung beetles was an early example of sustainable agriculture in Australia. They’ve significantly reduced fly-borne disease and increased the live weight of cattle.

In the 1990s, we started working with an industry that had really started taking off in Australia commercially. They are little livestock that swim – namely aquaculture.

And we created a whole new industry; the production of a sustainable prawn feed ingredient. With the world’s wild fish stocks under pressure, we went looking for a prawn food that didn’t contain fish meal or fish oil. So, we developed Novacq™ which is an entirely natural food source produced by marine microbes. Novacq™ will help Australian prawn farmers grow bigger and healthier prawns sustainably, faster and cheaper.

Our Future Protein Mission is looking at new forms of feed for aquaculture (and livestock) using insects. This could help create yet another new industry for Australia.

Working with free-range laying hens, our animal welfare team has recently shown that ‘enriching’ the rearing environment of chicks improves their behaviour, health and welfare when they’re grownups.

When they became adults and were allowed outside, radio-frequency identification technology showed that these birds roamed for longer each day. Health and welfare measures were also higher and they coped better with environmental stressors. This work will help us and industry optimise health and welfare in free-range production systems in Australia. 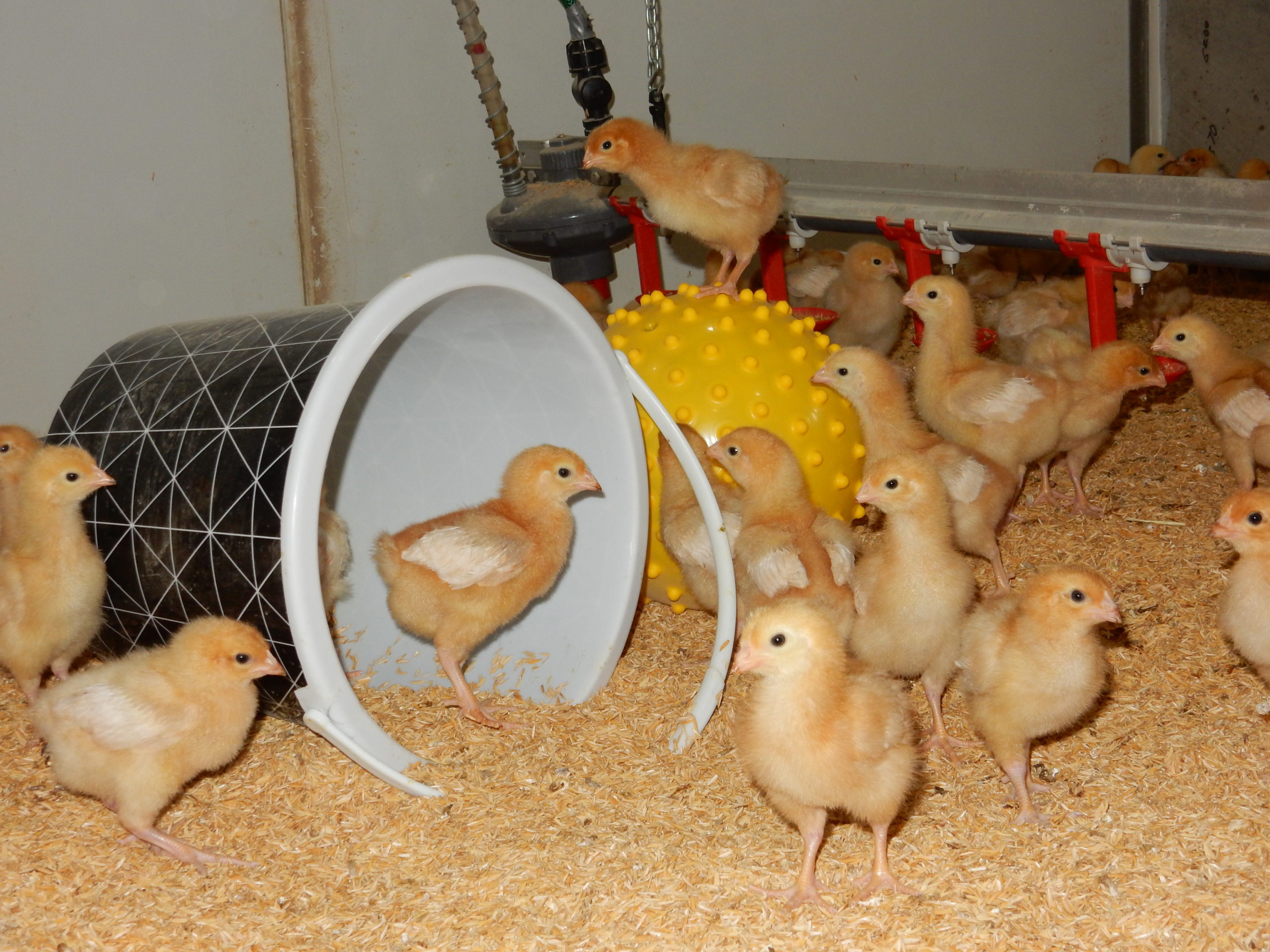 Our work shows that enriching the rearing environment of chicks improves their behaviour, health and welfare when they’re grownups.

A jab in the leg

Before our work on the COVID-19 vaccines, we had a long and proud history in vaccine development for livestock. This forms part of our livestock research.

In the 1930s, we developed the cattle vaccine for bovine pleuropneumonia. We developed the first commercial vaccine against an external parasite, the cattle tick. We also played a key role in developing the sheep nematode vaccine, Barbervax®.

Now, with our industry partners, we’re developing a vaccine against flystrike in sheep that will help save the sector a massive $180million per year in sheep and wool losses. It will also help sheep live a much healthier, happier and productive life.

We’re also looking at developing the next horizon of livestock vaccines using new and emerging technologies. As a result, this will help ensure more resilient livestock in the future.

Vaccines are widely accepted as a clean and green approach to disease and parasite control and prevention. They’re an important contributor to the sustainability goal of significantly reducing agrichemical use in livestock production systems.

Cow burps generate methane, a short-lived but potent greenhouse gas. In Australia, the contribution of methane emissions from ruminant livestock like cows and sheep is around 10 per cent of total greenhouse emissions.

But, just like us, what animals eat affects what comes back out.

The livestock sector, through peak body Meat and Livestock Australia, have a plan to become carbon neutral by 2030. One key strategy is R&D into certain forages and supplements that can reduce methane emissions.

We’ve developed a feed supplement that uses an Australian seaweed called Asparagopsis. It reduces the methane made by cows by more than 80 per cent and also has the potential to increase livestock productivity. Additionally, we’ve started a new company, FutureFeed, to bring it to farmers around the country.

We’re also researching other methane-busting crops and supplements such as biochar and the tropical legumes Leucaena and Desmanthus.

In a world-first, we’ve been able to identify cattle with a better immune system to help Australian beef producers improve the health and welfare of their herds.

Farmers of Angus cattle can now add ‘immune competence’ into the mix of genetic traits they look for when they select new bulls.

The research is also expected to benefit lot feeders in Australia, who are actively looking for ways to maintain high standards of health and welfare of animals in their feedlots.

It’s also a bonus for consumers as it has the potential to reduce the use of antibiotics and chemicals in our food production systems in the quest for the perfect steak.

Cows connected direct-to-satellite through smart ear tags with our partner Ceres Tag. Cows with smart neckbands can be managed by farmers from anywhere in the world through virtual fencing technology with our partner Agersens. High precision geospatial sensors on cattle and sheep to better understand their social networks. And using machine learning to monitor how much cows eat to help manage pasture resources.

Our expertise in animal welfare and behaviour, digital technologies and agricultural industry innovation is leading to new ways farmers can manage their herds and flocks for productivity, profitability and sustainability. 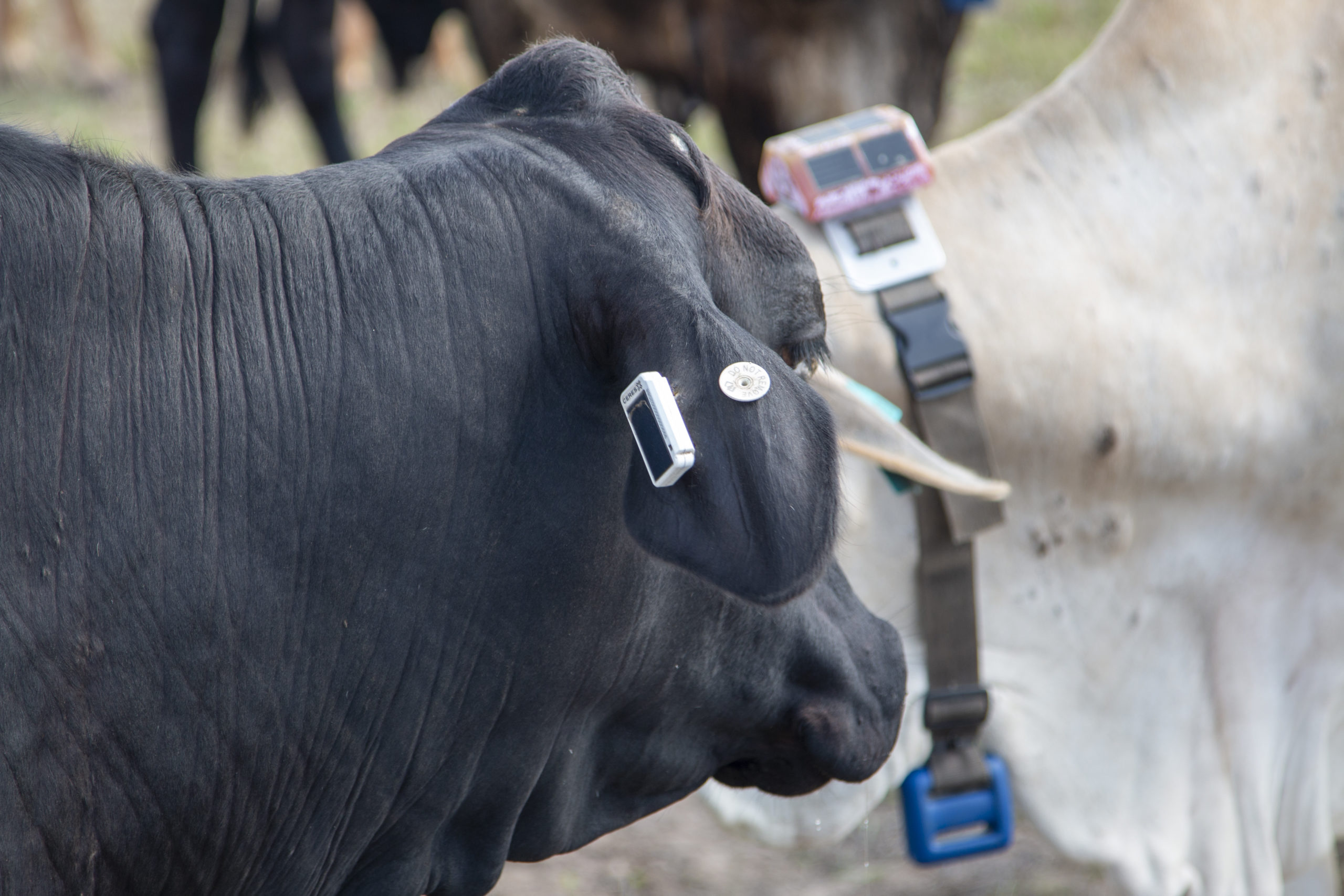 Hey, here’s something else fishy

Aquaculture is now the fastest-growing food-producing sector globally. It currently supplies 50 per cent of all the fish we eat. To meet consumer demands for fish protein and help provide Australia with a new and reliable food supply, we searched for sustainable, affordable, white-fleshed fish species to appear on Australian dinner plates.

Having a field day

You can find our aquaculture and livestock research around the country.

We have aquaculture facilities at Bribie Island near Brisbane and in Hobart. Our early work improving the genetic quality of Australia’s cattle breeds was undertaken at our former research station at Belmont near Rockhampton. We have our research station for cattle and sheep at Armidale in New South Wales and our Lansdown research station for northern cattle production near Townsville in Queensland.

In fact, Lansdown threw open its gates to the public on 7 September for a field day. Local beef producers could chat with our scientists about our work reducing methane. They also saw the Ceres Tag smart ear tags and eGrazor pasture management collars. There were talks on northern cattle production on pasture, Brahman breeding and more.

See how we work with livestock farmers and allied industries

Previous post:
How Australian bushfires changed the ocean
Coming up next:
Outlining the risk for Aussie shark extinction