What would happen if the Asian Tiger Mosquito made it to mainland Australia, and how can we prevent it? 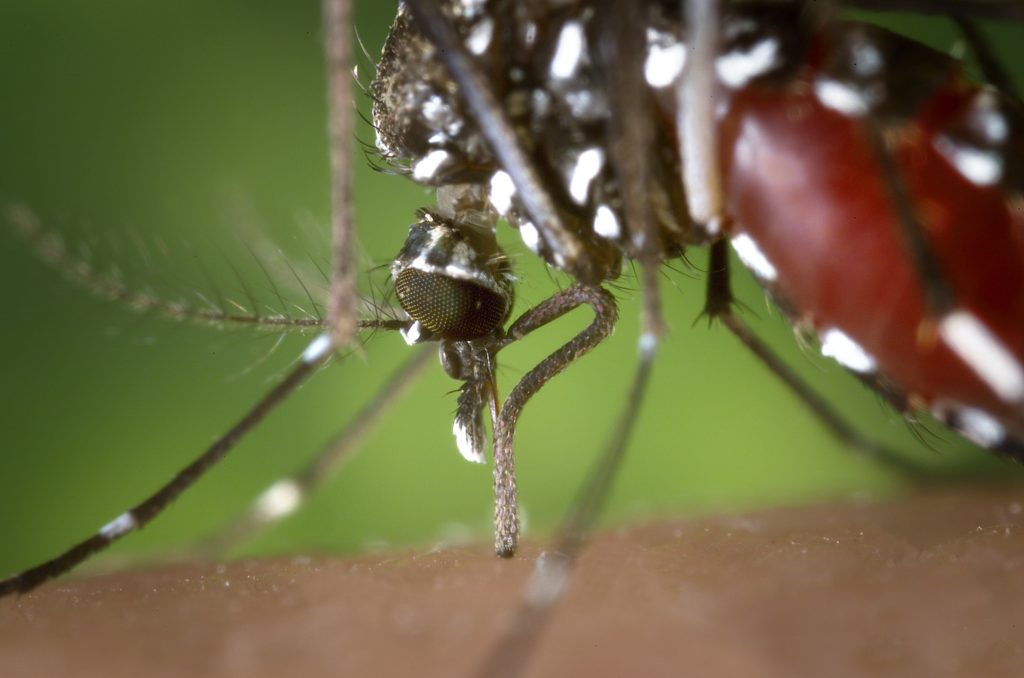 The proboscis of an Aedes albopictus mosquito feeding on human blood. This mosquito, also known as the Asian Tiger Mosquito, is a known West Nile Virus vector. Photo by James Gathany, Centers for Disease Control

You’re in bed on a sweltering summer night, one leg sticking out of the sheets to stay cool. The ceiling fan is set so high it rattles alarmingly as it attempts to break the sound barrier. You’re finally drifting off… when you hear it, that awful sound: a mosquito on the hunt. In your bedroom.

All plans for sleep are immediately put on hold as you fumble for the light switch, trying frantically to spot the little bugger. Shoes may be thrown. Stern words may be said.

Finally, you slather yourself in repellant, hop back in bed, and cover yourself head to toe with your sheet, the air getting stale as your ears strain to hear that buzz again.

Well, imagine hearing that buzz during the day, even in cooler weather. You’re sitting down for a picnic, enjoying the sunshine, and…

Welcome to the world of the Asian Tiger Mosquito. 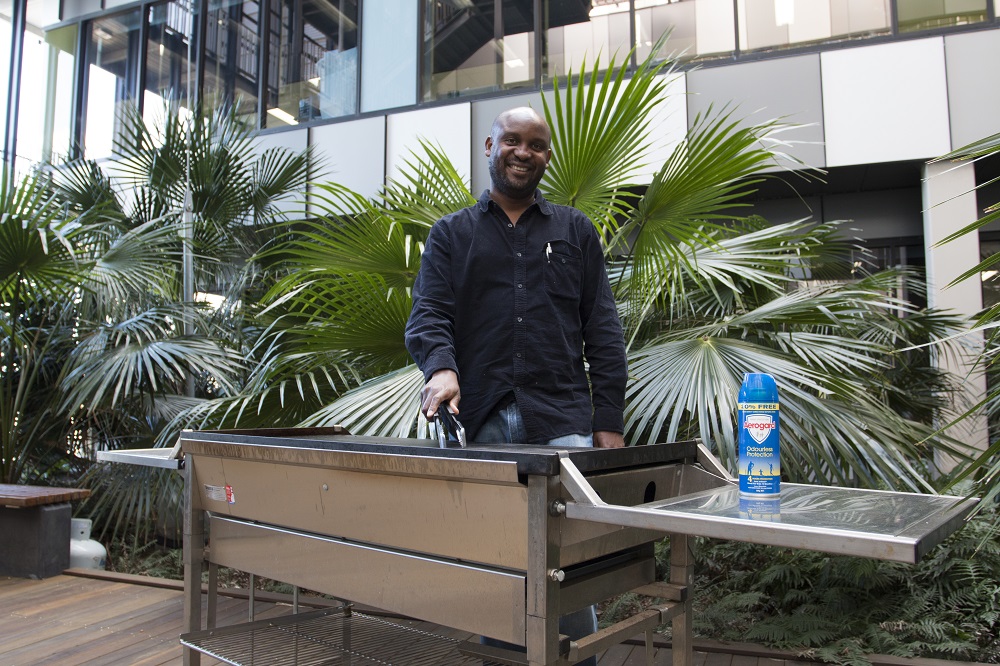 Paul Mwebaze, one of our mozzie researchers, enjoys a mozzie-free BBQ.

Paul Mwebaze, one of our mozzie researchers, enjoys a mozzie-free BBQ.

Named after its distinctive black-and-white stripes, the Asian Tiger mozzie (or Aedes albopictus) doesn’t sound as threatening as its big cat counterpart. But it’s actually the most invasive mozzie in the world.

Originally from Southeast Asia, it’s smuggled itself overseas by hitching a ride on humans and our stuff over the last 30 years. It’s now comfortably wreaking havoc in parts of Europe, the Americas, Africa and the Pacific.

And while all mozzies can be pains in the butt (or arm, neck, leg, face…), the Asian Tiger mozzie doesn’t follow regular mozzie working hours; it’s active during the day. It’s also a carrier of some seriously nasty diseases, including Zika, dengue fever and chikungunya.

Combined with its habit of constant biting (unprotected, you could be bitten 20-100+ times an hour!), along with its ability to survive in cool climates, it’s no wonder this mozzie’s come to be known as the “barbecue stopper”.

The mozzie is currently in the Torres Strait, and if it came to mainland Australia, it could have a huge impact on our lifestyle – not only on our barbies and alfresco dining, but on our health, tourism and more.

That the Asian Tiger mozzie hasn’t made it to the mainland yet is largely due to Australia’s biosecurity system – one of the strongest in the world. But as we’re increasingly connected to the world through trade and the movement of cargo and people, we’re under increasing pressure from biosecurity threats. That’s why we’re working on innovative ways to prevent the Asian Tiger Mosquito from setting up shop in Australia.

In a recent study with QIMG Berghofer, we found it would be more cost-effective to eradicate the mosquito as soon as it’s detected in Australia, compared to the cost of letting it become established.

However, both scenarios would involve significant cost and effort, so we need to get creative in how we suppress or eradicate invasive mosquitoes.

Our scientists are already working on a potential solution in northern Queensland with American life sciences company Verily, as part of the global Debug project. They’re developing a Sterile Insect Technique (SIT) to suppress numbers of the Aedes aegypti, another disease-spreading mozzie. It’s the sort of innovative technology solution that will be needed to make sure Australia has the capacity to respond to the possible emergence of the Asian Tiger mozzie, or other threats.

Learn more about our work against mosquitoes here.

Previous post:
It’s not the science of tax, and five other things you should know about taxonomy
Coming up next:
‘Dis generation, powering the nation