34 researchers and 20 crew on board RV Investigator set off from Turrbal Country, near Brisbane. They steamed through Quandamooka Country, past Kabi Kabi Country and out into the Coral Sea. 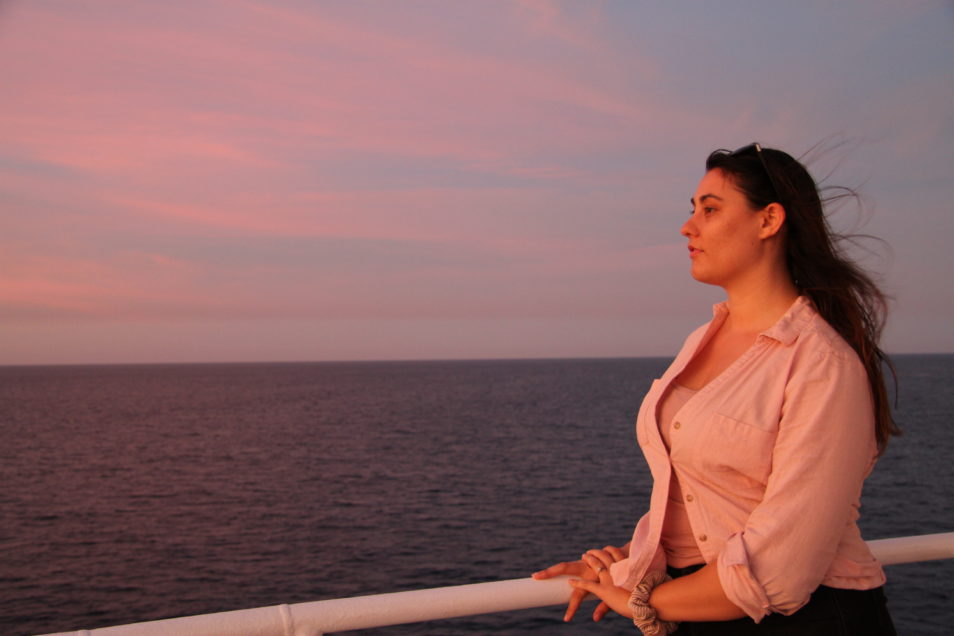 Woman in right of frame staring our to the distance. She is on a boat. The sun is setting.

There was a calming connection for me when I woke in the early hours of our departure. The ship was being quietly guided through Moreton Bay, home to the Quandamooka People. I myself am a saltwater woman, a Quandamooka woman, with connections to all three clan groups. I am also a marine scientist with Oceans and Atmosphere here at CSIRO.

Coastal and marine researchers are increasingly aware of the marine rights and interests that Traditional Owners have. As collaboration with Aboriginal and Torres Strait Islander communities becomes commonplace, so does the blending of two different knowledge systems.

There is a growing demand for Aboriginal and Torres Strait Islander practitioners to lead sea country research. Traditional Owners should also be appropriately acknowledged for their involvement in collaborative projects.

Many, including the Marine National Facility, are exploring the ways Aboriginal and Torres Strait Islander communities can and currently engage in marine science.

Those with a connection to sea country, from marine scientists to sea rangers, know the management, conservation and understanding of Australian coastal systems with both knowledge systems only enhances all Australians’ livelihoods. 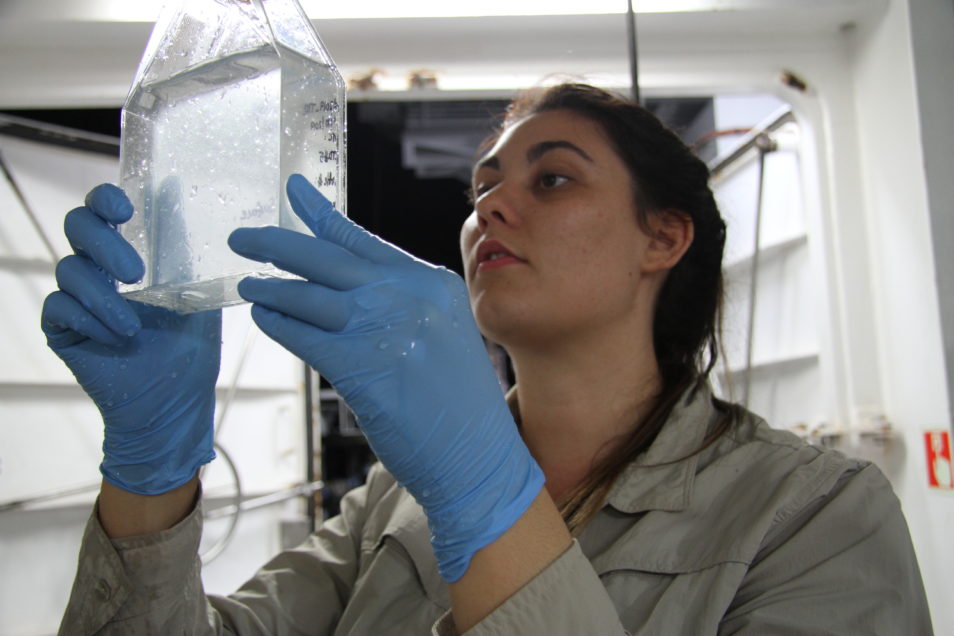 RV Investigator’s recent Brisbane to Darwin voyage provided the opportunity for some of its first Indigenous engagement and science on board.

Researchers have only mapped around 3 per cent of the seafloor in this area. It’s relatively data-poor yet is culturally significant and home to many endangered species like the Mududhu (Olive Ridley Turtle) Wirrwakunha (Hawksbill Turtle).

The area is recognised as sea country for the Yolngu people and managed by the Gummur Marthakal rangers.  From the beginning, researchers consulted local ranger and Traditional Owner groups to inform them of the research’s direction.

Jane Garrutju Gandangu is one of the Golpa Traditional Owners of this area.

I met with Jane in Darwin after the mapping work was undertaken where we showed her through the RV Investigator. She also met members of the project team on board, who showed her the mapping of the area and video from the underwater camera.

Part of the area surveyed includes a ‘hole’ in the seafloor recognised as a sacred site – an area Jane already knew from songlines. Traditional Owners have sung these stories and passed them down through the generations from when the land was dry. Golpa walked on that land more than 10,000 years ago.

The project team are continuing to work with the Golpa and sea rangers to enable the valuable information gathered to support the management of their sea country. 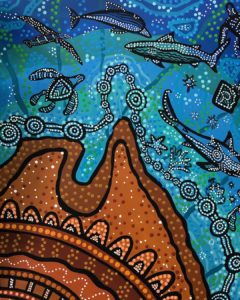 Deepsea Country, piece by Shara Delaney. Her work hangs up in RV Investigator.

A voyage to collaboration

The link between both knowledge systems was even clearer on RV Investigator’s latest voyage.

The Marine National Facility commissioned a piece by Aboriginal artist Shara Delaney. Shara is an Aboriginal contemporary artist from Quandamooka Country, inspired by stories of her Elders, the generation of One Mile. Her piece reflected the strong connections that Quandamooka People have with the ocean as Saltwater People.

A copy of the artwork takes pride of place on board the vessel while the original hangs at our office in Hobart.

While it’s good to promote what we’re doing with Traditional Owners, we’re hoping to extend the opportunity for other Indigenous scientists.

The Marine National Facility has developed an Indigenous Time at Sea Scholarship program. It aims to increase engagement and capability for Aboriginal and Torres Strait Islander peoples to participate in the ship’s scientific voyages.

This program will enable practical experience and expose students to connecting with experienced researchers and like-minded students.

It has been wonderful to see how we’re identifying opportunities for partnerships, education, engagement and employment for Aboriginal and Torres Strait Islander peoples in saltwater science, recognising the value of this shared knowledge.

Sea the research Mibu worked on

Previous post:
Plants uncovered: extreme serendipity in polyploidy
Coming up next:
Working hard to save our bacon from African Swine Fever