Dropping a line in the Indian Ocean

Dropping a line in the Indian Ocean

Sixty years after the first major study of the deep, unknown waters of the Indian Ocean, a team of scientists on our RV Investigator are returning to see what’s changed.

Around 60 years ago, marine scientists on an armada of ships from 14 countries combined their efforts to explore the largest unknown area of earth, the deep waters and seafloor of the Indian Ocean.

This world-first expedition – the International Indian Ocean Expedition – generated a wealth of information and formed the basis of our scientific understanding about the Indian Ocean basin.

But what in the world, or more to the point, ocean, has changed since then? And by just how much?

Scientists on our research vessel (RV) Investigator have just set sail to find out. 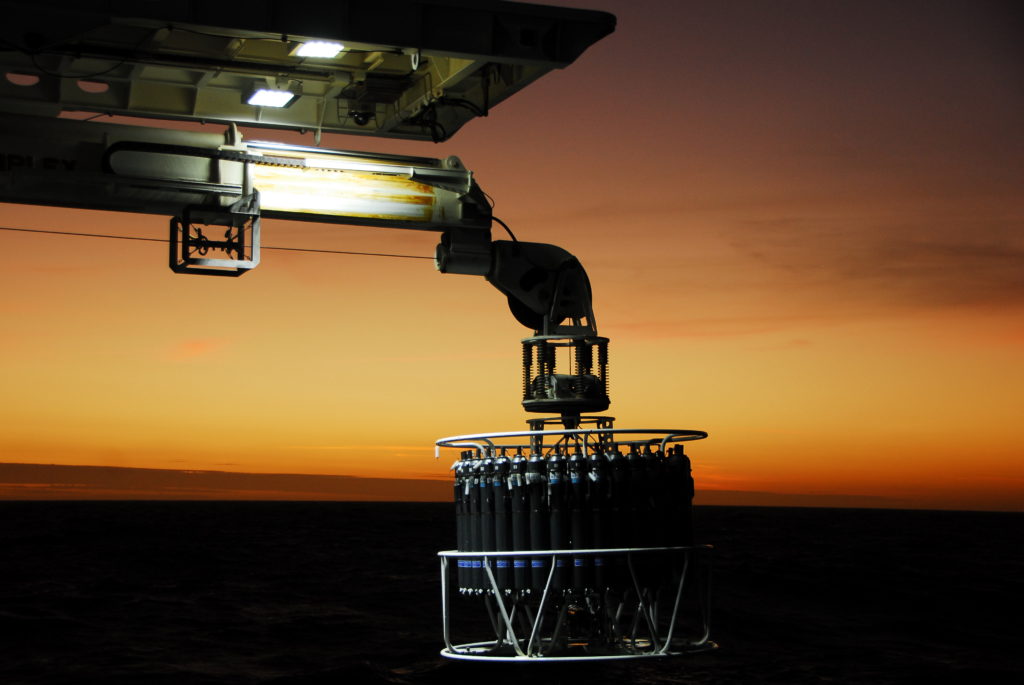 The voyage will retrace part of the historic first expedition and gather data to examine the effects of climate change on the physics, chemistry and biology of the waters of the south-east Indian Ocean.

Those on board will spend 32 busy days at sea, sampling across 3000km of the deep ocean along the 110°E longitudinal line, approximately 500-600 km offshore from the coast of Western Australia.

Professor Beckley said retracing the first expedition would provide a unique snapshot of just how much the ocean and marine life had changed over time.

An ocean of change

“There is published scientific evidence that, in the past five decades, there has been surface water warming of over one degree Celsius in the south-east Indian Ocean,” Professor Beckley said.

“There are also indications that the deepest, coldest waters in the ocean, those that are formed around Antarctica, are rapidly warming and freshening. These changed waters are moving towards the Indian Ocean and will have huge ramifications for global ocean circulation patterns.

“This expedition will provide some of the first ecological data about the oceanic food web in several of Australia’s recently established south-west and north-west marine parks, which extend out to the edge of Australia’s Exclusive Economic Zone.”

Put simply, the multi-disciplinary team will be investigating everything they can get their hands on – from physics to fish with some whales on the side! 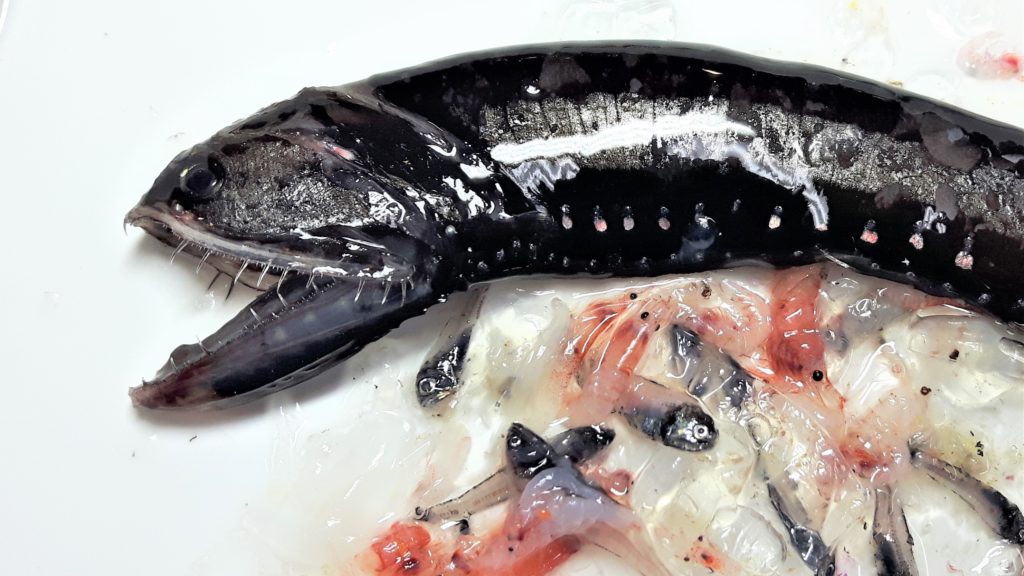 Ocean life – big and small – will be studied during the voyage. Image University of British Columbia/CSIRO.

Professor Beckley said technology has advanced significantly since the first expedition, allowing new and important data to be collected on this voyage.

“We now have the opportunity to discover how microbes contribute to the functioning of the Indian Ocean, which was not able to be studied last time because the genomics techniques were not yet developed,” Professor Beckley said.

Similarly, scientists will also be checking the accuracy of satellite remote sensing of ocean colour by sampling chlorophyll and other pigments in the water column. This will help evaluate algae production and carbon sequestering (uptake and storage) on an ocean basin scale.

The IIOE-2 voyage will involve the collaborative efforts of a team of scientists and postgraduate students from seven Australian universities, along with researchers from CSIRO, University of Auckland, University of Maryland Center for Environmental Science, Scripps Institution of Oceanography, Spanish National Research Council, Alfred Wegener Institute, NOAA, Australian Institute of Marine Science, Centre for Whale Research (WA) Inc., and the Australian Department of Defence.

The voyage is a major part of Australia’s contribution to the UNESCO-led IIOE- 2 mission and the research is supported by a grant of sea time on RV Investigator from the CSIRO Marine National Facility.

RV Investigator departs Fremantle on 14 May and returns on 14 June. During the voyage, the ship will visit 20 survey stations – each 90 nautical miles (167 km) apart – along the 110°E line. 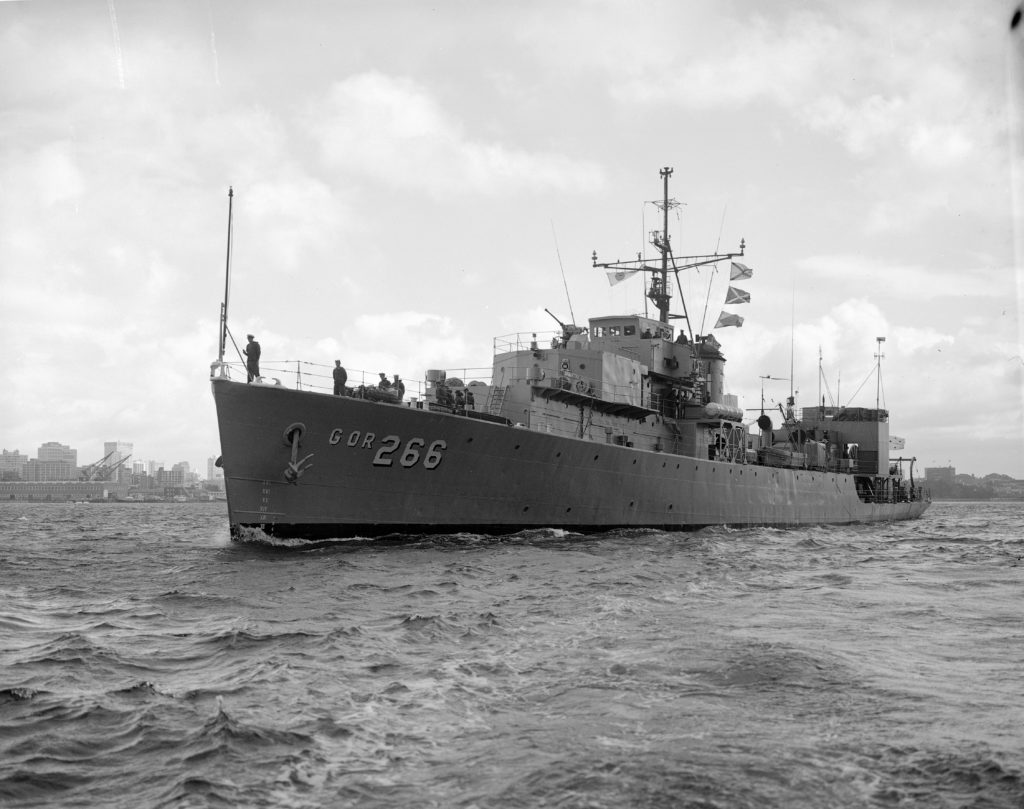 The 110°E expedition line was first visited in 1963 when HMAS Diamantina undertook survey voyages every six weeks for a year. Image © Commonwealth of Australia. 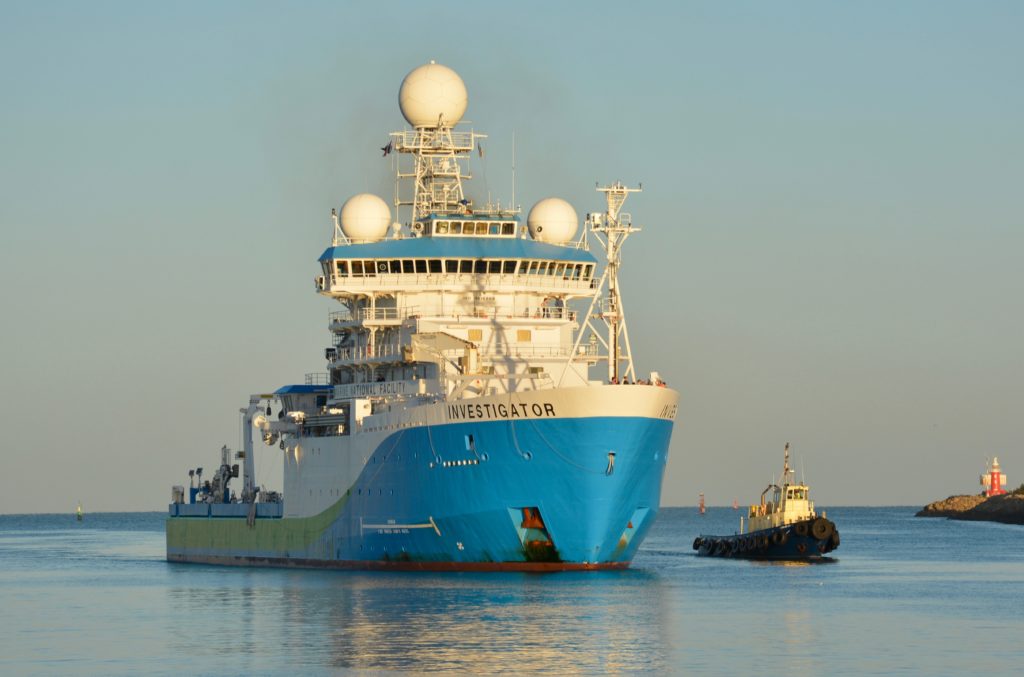 CSIRO research vessel Investigator accompanied by a tug as it arrives into Fremantle port, WA in May 2019.