We've been studying a Mediterranean diet in combination with an exercise plan to see how much we could improve the health of people with type 2 diabetes. 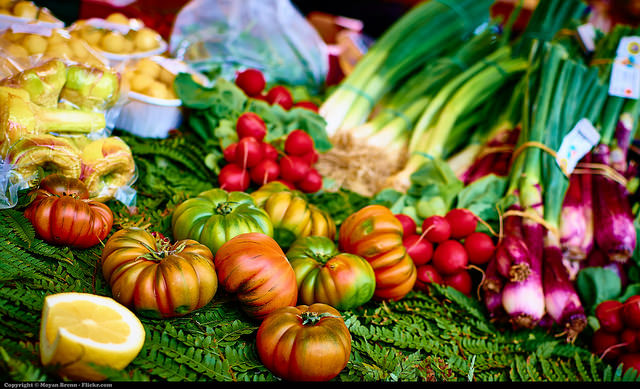 More than 350 million people worldwide suffer from type 2 diabetes. The condition is already rampant in several Western countries and numbers are now rising fast in emerging economies, such as India and China. But the right kind of dietary changes could dramatically reduce the impact of the illness on both patients and economies.

Alongside the impact of the disease and its associated complications on the lives of patients and their families, diabetes’ cost to health-care systems is huge. In Australia, for example, the total economic impact of type 2 diabetes is estimated at A$10.3 billion, while in the United States it is likely to exceed US$174 billion.

There are many ways to beat diabetes or reduce its impact; the key is making changes to your diet and lifestyle that you then follow for life. Indeed, lifestyle modification – eating a healthy diet and exercising regularly – is the cornerstone of any effective diabetes-management plan.

For decades now, the general recommendation has been for everyone to cultivate a high-unrefined-carbohydrate, low-fat diet. More recently, reducing sugar intake, even though it is one of the most popular carbohydrates, has been receiving a lot of attention. But a healthy eating plan for diabetes is not just about cutting out sugar. And scientific opinion is now turning in favour of lower carbohydrate diets – for everyone.

While excessive sugar will no doubt increase blood sugar levels, especially if you’re having sweetened drinks, any source of carbohydrate will have the same effect. This includes anything that contains flour, rice or pasta, as well as fruit and potato.

Carbohydrate foods with a low glycaemic index (GI), such as oats and legumes, on the other hand, will dampen down the blood sugar response. That’s why careful carbohydrate selection is now recommended for everyone, especially people who have type 2 diabetes.

New data from high-quality nutrition research now strongly suggests that restricting carbohydrates even further, while moderately increasing protein and unsaturated fat intake, may have further benefits for controlling type 2 diabetes and reducing the risk of complications.

What we did and found

Based on these ideas, our research teams have been studying the effects of a “Mediterranean” diet – which has low carbohydrate, high protein and includes a lot of vegetables, nuts, lean meats and healthy fats – in combination with an exercise plan. We wanted to see how much we could improve the health of people with type 2 diabetes.

We assigned 115 adults with type 2 diabetes to one of two weight-loss programs. One group followed a very low-carbohydrate and high-protein diet for 24 weeks. The other had a higher carbohydrate, but still low GI, diet.

Early results have been ground-breaking; our diet is better at improving diabetes control compared to traditional weight-loss diets. But its most striking benefit is that it reduces the amount of medication someone with diabetes has to take by half. This reduction was three times greater than for people who followed the lifestyle program that incorporates a traditional high-carbohydrate diet plan.

Variation of blood glucose levels through the day is emerging as a strong independent risk factor for diabetes complications. In our study, the very low-carbohydrate diet was also more effective in reducing the number and levels of blood glucose variations over a 24-hour period.

In 2008-09, of the estimated A$1,507 million spent on the health care of diabetes in Australia, A$490 million was spent on diabetes-related medications. Our findings suggest that, by implementing a lifestyle program incorporating a healthy low-carbohydrate, high-protein, high-unsaturated-fat diet at a national level, the country could save up to A$250 million annually through reductions in diabetes-related medication alone.

This does not even account for any additional cost savings that could be generated from the marked improvements in diabetes control and patients’ well-being. It is these costs – related to the complications of diabetes and patients’ ability to contribute to the economy – that account for most of the economic impact of type 2 diabetes.

Our research shows evidence from the latest nutrition science can guide dietary approaches to tackling one of the most serious global health challenges of this century.

Previous post:
How to send a photo from Pluto…
Coming up next:
Bio-Argo: getting deep with the Indian Ocean