In Australia, methane emissions from fossil fuels are rising due to expansion of the natural gas industry, whereas agriculture emissions are falling.

Fossil fuels and agriculture are driving a dangerous acceleration in methane emissions, at a rate consistent with a 3-4℃ rise in global temperatures this century.

Our two papers published today provide a troubling report card on the global methane budget, and explore what it means for achieving the Paris Agreement target of limiting warming to well below 2℃.

Methane concentration in the atmosphere reached 1,875 parts per billion at the end of 2019 – more than two and a half times higher than pre-industrial levels.

In Australia, methane emissions from fossil fuels are rising due to expansion of the natural gas industry, while agriculture emissions are falling. 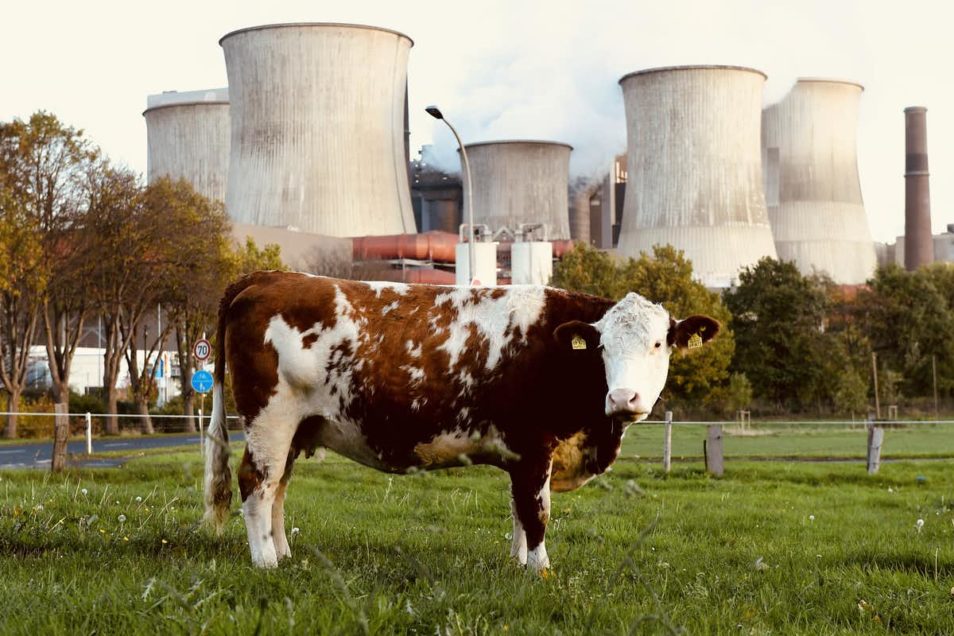 Agriculture and fossil fuels are driving the rise in methane emissions. EPA

We produced a methane “budget” in which we tracked both methane sources and sinks. Methane sources include human activities such as agriculture and burning fossil fuels, as well as natural sources such as wetlands. Sinks refer to the destruction of methane in the atmosphere and soils.

Atmospheric methane is increasing by around 12 parts per billion each year – a rate consistent with a scenario modelled by the Intergovernmental Panel on Climate Change under which Earth warms by 3-4℃ by 2100. 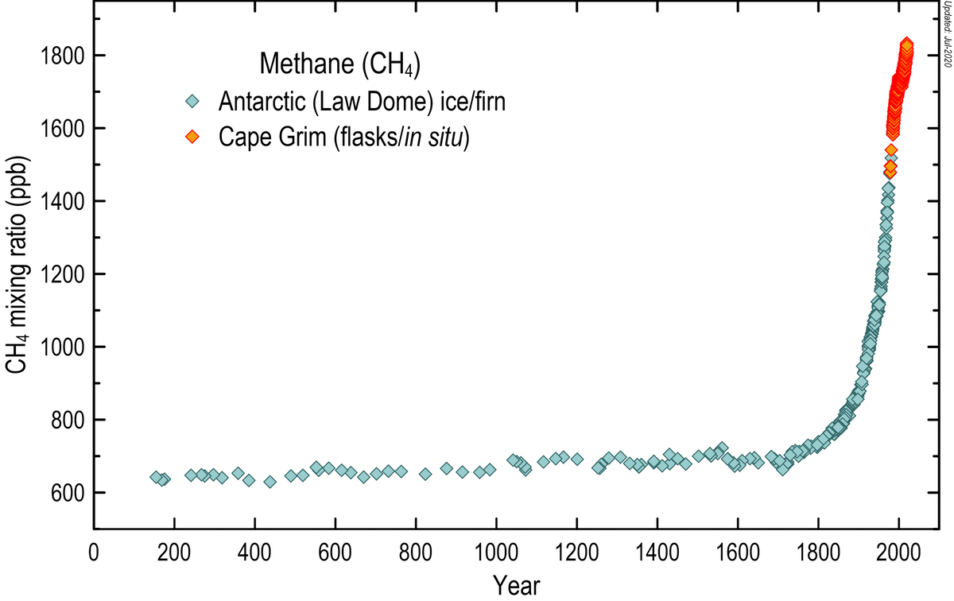 The remaining emissions (40%) come from natural sources. In order of contribution, these include:

So what about the sinks? Some 90% of methane is ultimately destroyed, or oxidised, in the lower atmosphere when it reacts with hydroxyl radicals. The rest is destroyed in the higher atmosphere and in soils.

Increasing methane concentrations in the atmosphere could, in part, be due to a decreasing rate of methane destruction as well as rising emissions. However, our findings don’t suggest this is the case.

Measurements show that methane is accumulating in the atmosphere because human activity is producing it at a much faster rate than it’s being destroyed.

Source of the problem

The biggest contributors to the methane increase were regions at tropical latitudes, such as Brazil, South Asia and Southeast Asia, followed by those at the northern-mid latitude such as the US, Europe and China.

In Australia, agriculture is the biggest source of methane. Livestock are the predominant cause of emissions in this sector, which have declined slowly over time.

The fossil fuel industry is the next biggest contributor in Australia. Over the past six years, methane emissions from this sector have increased due to expansion of the natural gas industry, and associated “fugitive” emissions – those that escape or are released during gas production and transport.

Since 2000, coal mining has contributed most to rising methane emissions from the fossil fuel sector. But the natural gas industry’s rapid growth means its contribution is growing.

Some scientists fear global warming will cause carbon-rich permafrost (ground in the Arctic that is frozen year-round) to thaw, releasing large amounts of methane.

But in the northern high latitudes, we found no increase in methane emissions between the last two decades. There are several possible explanations for this. Improved ground, aerial and satellite surveys are needed to ensure emissions in this vast region are not being missed. 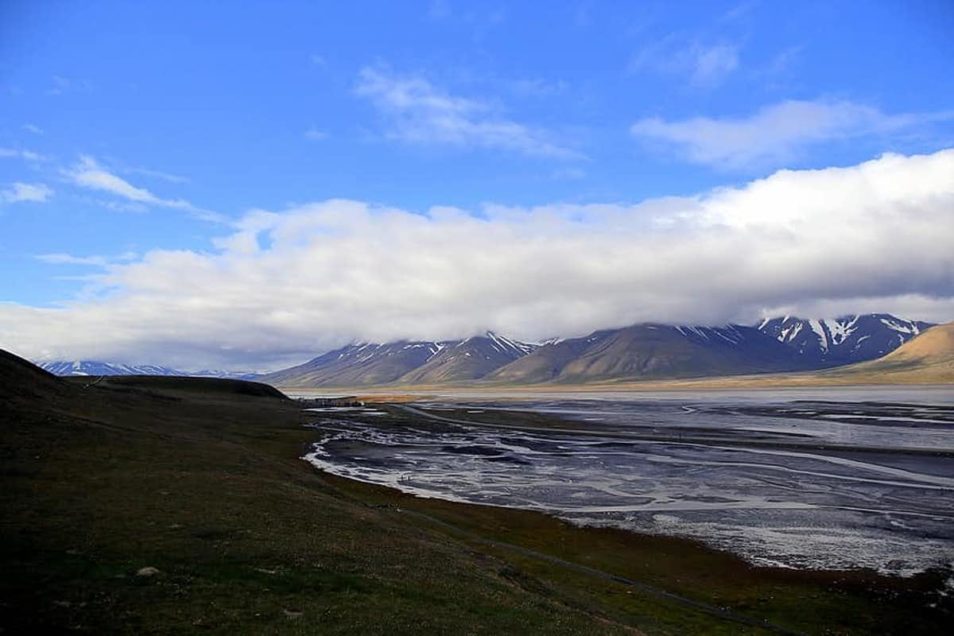 More surveys are needed into thawing permafrost in the high northern latitudes. Pikist

Around the world, considerable research and development efforts are seeking ways to reduce methane emissions. Methods to remove methane from the atmosphere are also being explored.

Europe shows what’s possible. There, our research shows methane emissions have declined over the past two decades – largely due to agriculture and waste policies which led to better managing of livestock, manure and landfill.

Livestock produce methane as part of their digestive process. Feed additives and supplements can reduce these emissions from ruminant livestock. There is also research taking place into selective breeding for low emissions livestock.

The extraction, processing and transport of fossil fuels contributes to substantial methane emissions. But “super-emitters” – oil and gas sites that release a large volume of methane – contribute disproportionately to the problem.

This skewed distribution presents opportunities. Technology is available that would enable super-emitters to significantly reduce emissions in a very cost effective way.

Clearly, current upward trends in methane emissions are incompatible with meeting the goals of the Paris climate agreement. But methane’s short lifetime in the atmosphere means any action taken today would bring results in just nine years. That provides a huge opportunity for rapid climate change mitigation.

More on our Oceans and Atmosphere research