Meet Dr Oliver Mead. We chat about his lichen research, what a day in the life is like, and some of the surprising benefits of fungi. 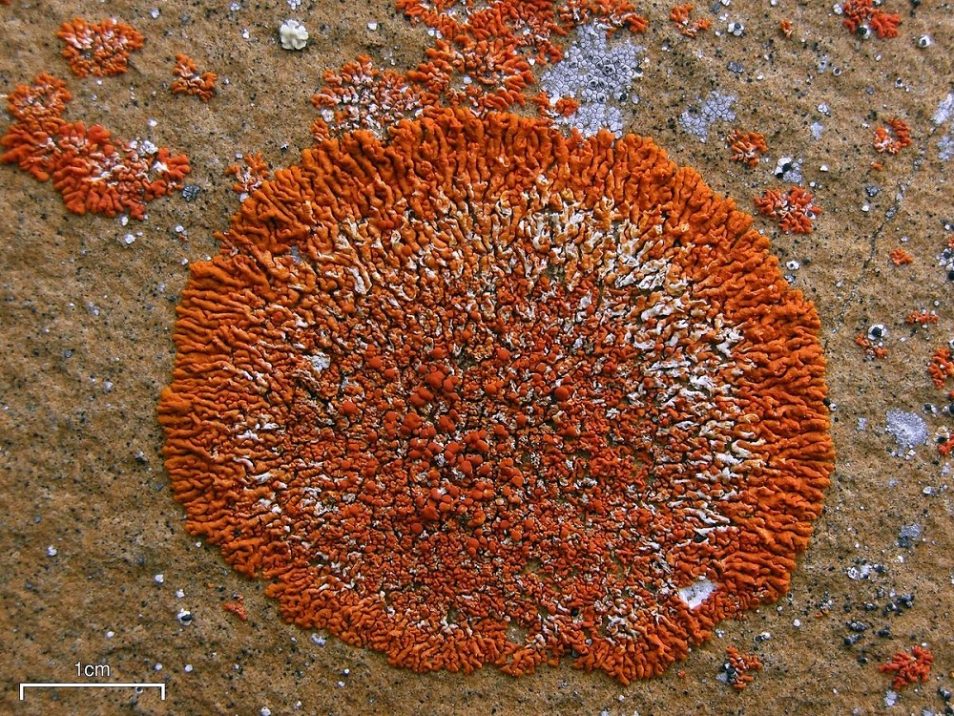 Dr Oliver Mead researches lichen, which is created when fungi interact with certain kinds of algae. Here is an example of one – the elegant sunburst lichen (Xanthoria elegans). Image: Jason Hollinger

Lichen. Mildew. Mushrooms. Yeast. The wonderful world of fungi is immense. And it’s more than just the mould you find in the corners of your bathroom. Or on your old and forgotten bread.

Every Friday on our social media, we show off different fungi as part of #FungiFriday. While they’re visually stunning, have you ever thought about what it’s like to research these amazing organisms?

We chatted about what a day in his life is like, what his research focusses on, and discovered some surprising benefits of fungi.

Fungi Friday, but every day 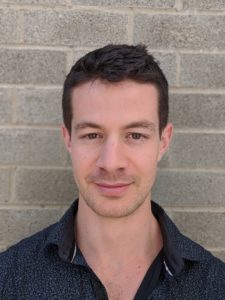 “I’ve always been interested in how fungi and plants interact with each other,” he said.

“As a kid, I found fungi to be these enigmatic and ephemeral characters appearing like sculptures in forests. Or decorating the forgotten vegetables in the fridge.

“Then in high school, a teacher explained that genetic engineering could turn microbes into tiny, autonomous, machines or factories.”

As a result, Oliver completed his Honours and PhD in a lab. He worked on fungi that infect crops and caused devastating field epidemics.

“From there, CSIRO seemed the natural direction to follow,” he said.

“Fortuitously a position became available to study lichens and I found myself again working on fungal-plant interactions! But now I research more symbiotic relationships. I work on fungi that interact with algae to form lichens.”

Lichen is formed like this. Certain fungi can recognise algal partners they want to form a biological relationship with. They then communicate with the algae to let it know it’s not a threat.

The fungi encourage the algal cells to photosynthesise more so they can take some of that resulting energy. This creates a constant source of nourishment for the fungi. In return, the algal cells let the fungi know when they need water, nutrients and sunlight. Amazingly, the fungi perceive these signals and respond to them.

“We have no idea how they negotiate this interaction but it’s impressive!” he said.

A day in the lichen lab

Oliver currently researches these interactions through a mix of genetic engineering, analytical chemical, microscopy and computing technologies. It just depends on the current question he’s trying to answer.

“Most days I’m in one of three molecular labs. I grow most of my fungi and algae in one lab,” he said.

“Here, I keep an eye on their growth, record their morphology – or their shape – under the microscope. I then extract their DNA or RNA and amplify their genes.

“Other days I’m sitting in front of a computer looking at lines of code. This code runs analysis that directs which genes to focus on and helps piece together a story from what I see in the lab.”

We know that lichens are a symbiotic relationship between fungi and algae. But what benefits do lichens have for us?

Lichens face an onslaught of stresses in the environment. But they’ve evolved an arsenal of chemical compounds to defend themselves. Many of these compounds are also useful to humans with the potential to fight viral infection, fight cancer and bacteria. But harvesting them from lichens is infeasible and environmentally damaging.

One aim of Oliver’s project is to identify useful compounds in lichens to then develop sustainable and economical ways of producing them.

Another aim is to apply how these interactions work, leading to a whole slew of opportunities. It’s extremely difficult to coax lichens to reform in the lab. Lichen grows extremely slowly and experiments take six months to complete. Amazingly, Oliver and his team might have done it. So they’re now eagerly awaiting their results.

If they have been able to recreate lichen in the lab, they don’t know how it happens to regularly reform lichen to then use.

His team hopes to explore the possibility of spraying lichen onto eroding landscapes. This will help protect the landscapes from soil erosion. But they are at the very beginning of applying this research into practice.

While Oliver’s work revolves around lichens, he does have a few other fungi favourites firmly up his sleeve. However, choosing between them is quite the challenge.

“I’m torn! But I think my favourite would have to be the fungus used to make tempeh – Rhizopus oligosporus,” Oliver said.

“This one doesn’t form a mushroom and doesn’t look like much, but it’s special. It has been cultivated by humans for a long time to improve the nutritional profile of legumes and grains.

“Often these foods are only partially digestible, lack certain nutrients or are mildly toxic. But fermenting them with this fungus breaks down indigestible starches and toxins and improves their protein content. Also, this species is a lesser known work-horse for industry and molecular labs!

“But I think my favourite genus would be Pisolithus. These ectomycorrhizal fungi, or fungi which form a symbiotic relationship with plant roots, don’t look like much. But they are pretty special. The fruiting bodies look like dried out balls. But underground they form intricate connections with plant roots and can connect the trees in a forest. This improves their resistance to drought, disease and soil contamination,” he said.

Fungi have such an important role in our ecosystem. They have a crucial role as decomposers and recyclers. And they make it possible for members of the other kingdoms to be supplied with nutrients and to live. Ultimately, the food chain would not exist without these organisms.

But they can have a bad reputation as a result of how some can affect our health and homes.

Nevertheless, we shouldn’t paint them all with a bad brush! When asked about what he wishes people would stop associating fungi with, Oliver had this to say: “I wish people stopped thinking they’re gross or they’re plants!”

But he also had this sage advice.

“Don’t eat bread with mould on it. Seriously. It could be toxic,” he said.