We catch up with Dr Ben Arthur on his career while he was on board RV Investigator maintaining ocean moorings and researching phytoplankton. 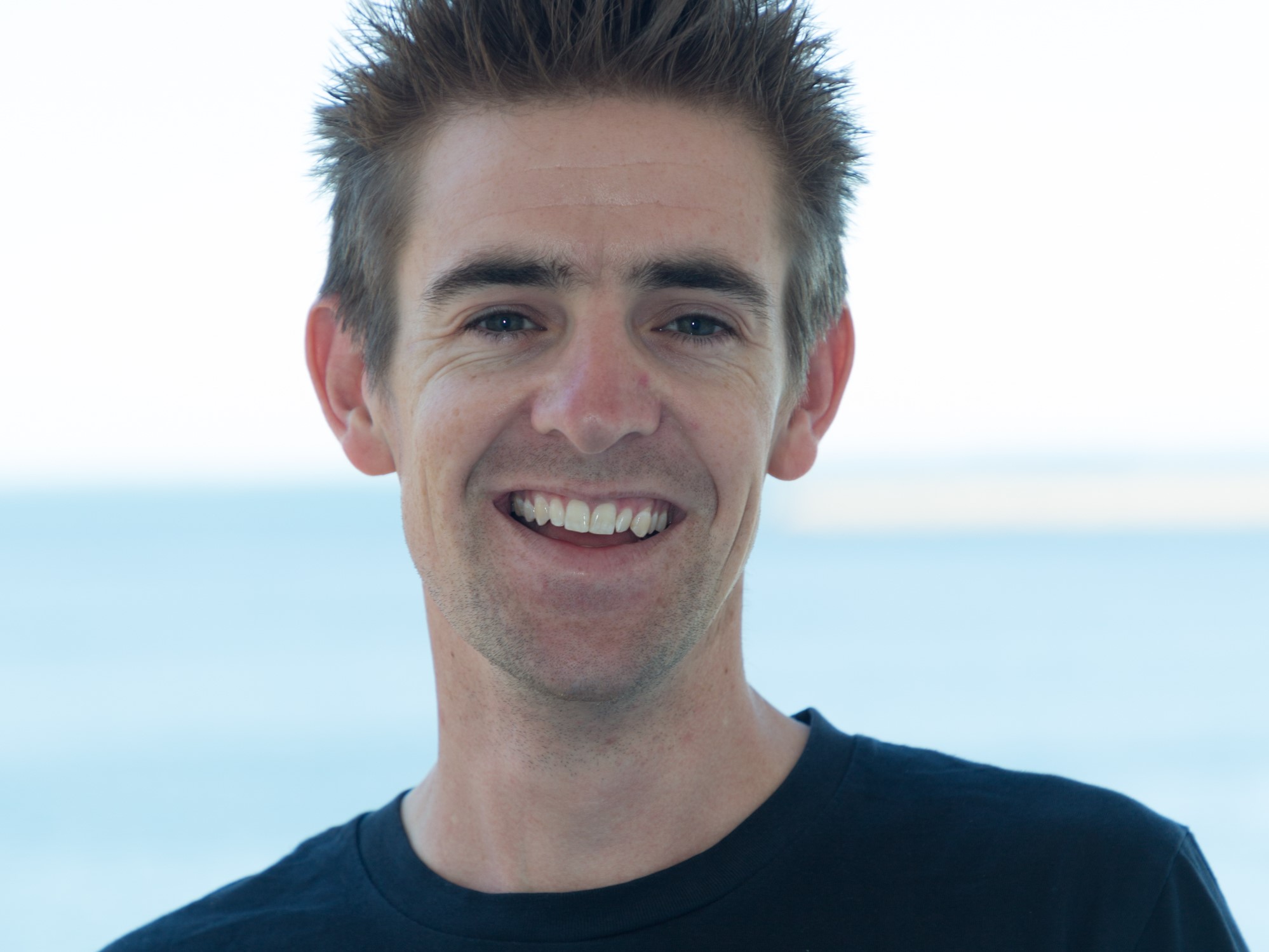 Dr Ben Arthur was on the most recent RV Investigator voyage. We catch up with him about his literal and career journeys in marine science.

Picture this. You’re walking around a sub-Antarctic island looking at amazing animals like elephant seals and king penguins. Then, out of nowhere, a sudden blast of wind comes and almost knocks you over.

Dr Ben Arthur, who’s a marine ecologist and works as Engagement Programs Coordinator at our Marine National Facility, doesn’t have to imagine. He experienced it while studying marine animals in the years before he was blown away by the research on RV Investigator.

Since that time, Ben’s journeys with RV Investigator have taken him almost everywhere. He’s travelled to sea more times than you can imagine. He was also one of the first researchers to do a full circumnavigation of Australia on RV Investigator. Nevertheless, Ben’s also passionate about STEM journeys and getting as many people involved in marine science as possible.

The ship has now come back after a voyage in the Southern Ocean, maintaining deep-water moorings and collecting water samples to help study phytoplankton. Both allow the scientists on board to check up on the health of our oceans and climate.

We caught up with Ben to hear about his many experiences on RV Investigator, the recent voyage and his journey to where he is now.

Sailing the Southern Ocean for science

The Southern Ocean has some of the most intense ocean-atmosphere interactions on Earth. They’re also some of the least studied.

RV Investigator recently went on a 14-day voyage in the Southern Ocean, coming back into Hobart this week. The team on board maintained deep-water moorings that collect data to help increase our understanding of the characteristics, processes, and changes in the ocean.

It’s not the only thing that scientists did. They also sampled water to see how the Southern Ocean environments impact phytoplankton. Phytoplankton are microscopic organisms that play a huge role in our oceans and atmosphere. They produce half of the oxygen in the Earth’s atmosphere and play a central role in our oceanic food web. Without them, we’d be in trouble.

Scientists on board will use the water samples collected to measure the amount of silica produced by phytoplankton. They haven’t been producing enough due to environmental stressors like a lack of iron in the ocean. When this happens, phytoplankton miss a crucial ingredient in forming their skeleton. In turn, they die, setting off a negative chain reaction across the food chain.

Ben was the Deputy Voyage Manager on board. That meant he worked alongside the Master of the Vessel, Chief Scientist and other Voyage Managers to deliver the voyage objectives safely and effectively. 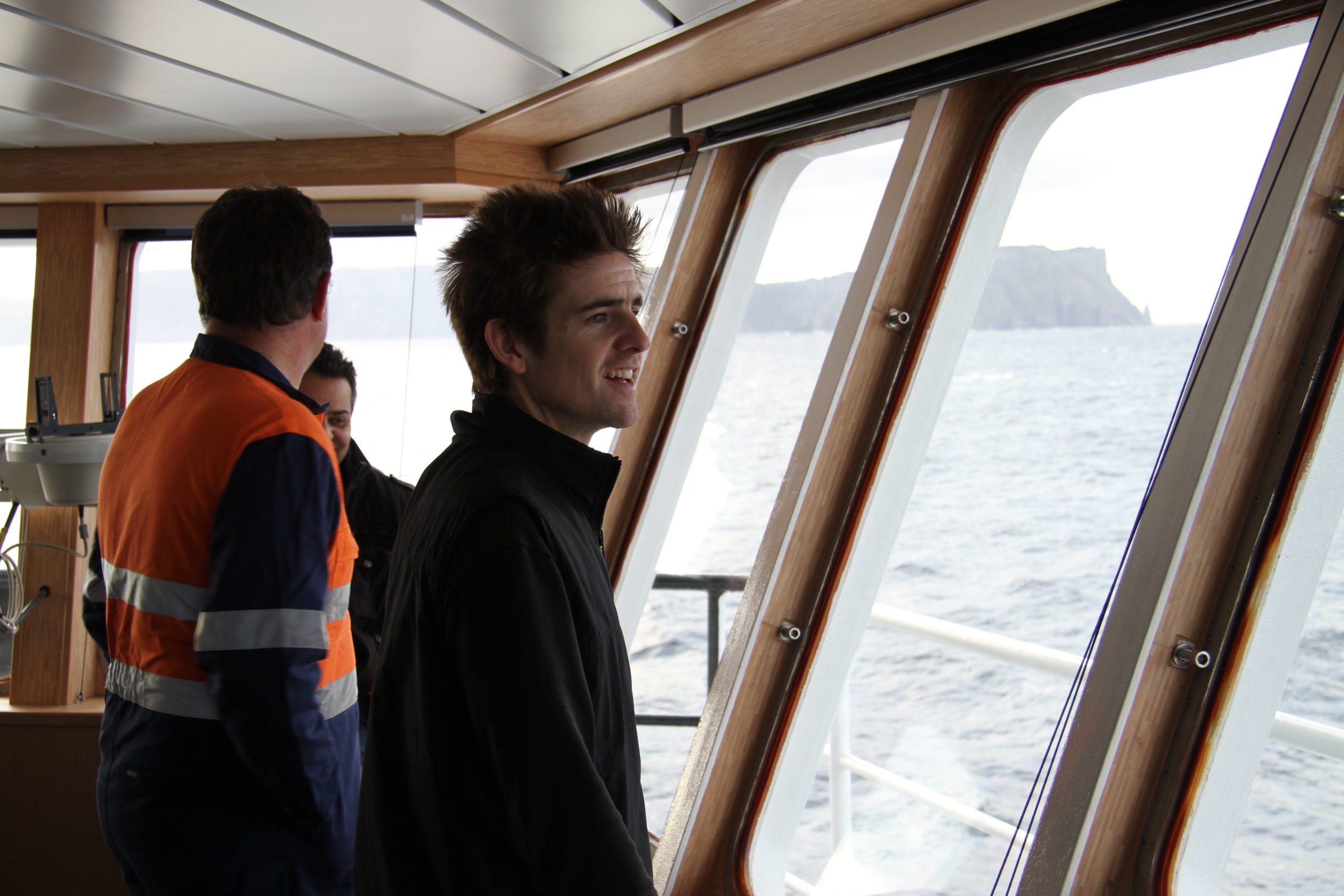 Ben Arthur on one of his many voyages with the ship.

Ben’s had many experiences on the ship. And his roles have differed with each voyage.

“Often, I’m on board coordinating one of our outreach programs such as scholarship programs or teaching activities,” he said.

“I’ve also occasionally assisted with the marine mammal and seabird observations that often occur on board.”

Ben’s had numerous highlights from his scientific expeditions through the Southern Ocean, Antarctica and the sub-Antarctic. He’s also met some of the locals while contributing to scientific research!

“Antarctica and the sub-Antarctic are amazing places to work. The scenery is gobsmacking. It’s so good that sometimes it feels fake. But the wildlife is the real drawcard,” he said.

“Often on sub-Antarctic islands, the animals are completely unafraid of people. It’s common to be sitting down on a beach somewhere to have your lunch when a couple of curious penguins waddle over to within a metre of you to check you out. The animals rule these islands. So much so that I’ve been stuck inside a field hut because I couldn’t persuade the elephant seal that was asleep in front of the door to move on!”

Nevertheless, undertaking marine research in these areas has its challenges.

“Both my favourite and least favourite part of voyages into the Southern Ocean is the weather. It’s a completely wild place with truly wild weather,” he said.

“It’s awesome to experience the power of some of the weather systems down here. The seabirds in particular love the wild weather because they don’t have to use as much energy to fly, so you often see a great variety of species when it’s rough. But at the same time when the ship is moving around so much that you’re struggling to eat your dinner and falling out of bed – that can get tiring.”

Ben knew early on he wanted to be in nature for his job. If he could see everything that nature had to offer, he would do whatever worked.

“I remember an aunt asking me when I was about five what I wanted to be when I grew up. I replied, “log truck driver!” In my five-year mind, log truck drivers spent all day in the forest and got to see cool plants and animals. As I grew up, I refined my affinity with nature to wanting to understand it better,” he said.

So how did Ben go from firmly on land to sailing the high seas in the name of marine science? Well, he always loved the sea. His background is in marine predator and animal movement ecology. On top of that, his interests lie in understanding how the environment affects the distribution and behaviour of species like marine mammals and seabirds.

His upbringing in Hobart, with its rivers, beaches and other marine landscapes, also ushered him towards marine research.

“It’s such a big thing here. As a kid, I grew up watching the Aurora Australis coming and going to Antarctica,” he said.

After completing his undergraduate degree at the University of Tasmania, Ben decided to do his Honours.

“I picked shorebirds so I could spend my summer fieldwork on the beach! It was a great project, but the only suitable supervisor ran an Antarctic wildlife research group. So, I spent a formative year hanging out with people who were researching seals, penguins and whales. It was a slippery slope from there!”

Ben came to our organisation as an Education Specialist, delivering science shows and programs to schools around Tasmania. His team would go on travelling roadshows across the state and visit schools that were always excited to have them. 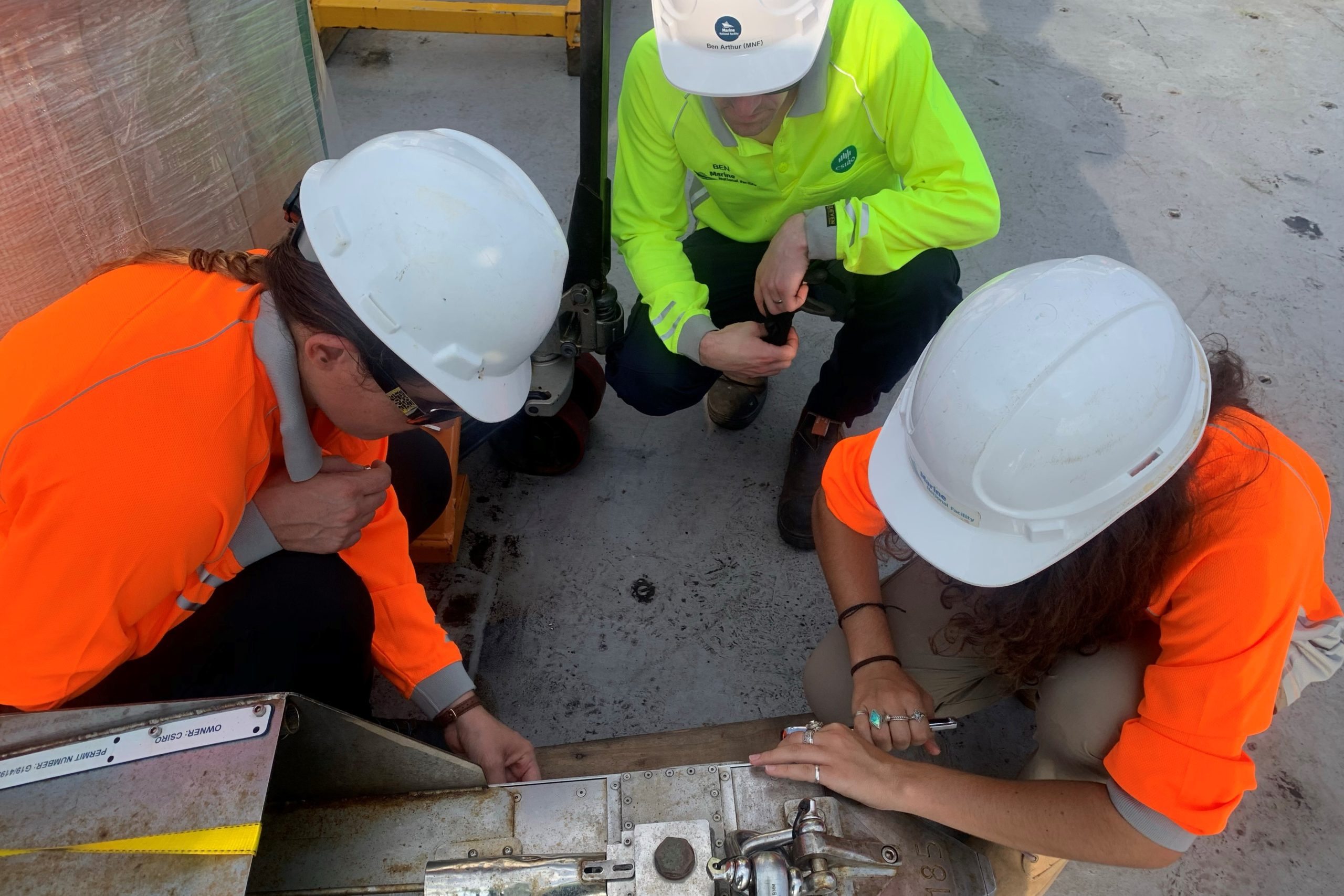 Ben Arthur advising Sophie Gilbey and Tiahni Adamson on certain aspects of the ship during the inaugural Indigenous Time at Sea Scholarship voyage.

“My STEM degree has taken me a whole bunch of places I never thought I’d go to, like Antarctica, the sub-Antarctic, remote islands in Tasmania, Africa and Europe,” Ben said.

“But more than just physical places, my STEM degree has given me to some amazing roles. They include catching elephant seals, weighing penguins, contributing to how we understand and therefore manage and conserve our marine species. And it’s also led to inspiring halls full of school kids in science, and helping Australian’s better understand and appreciate our amazing oceans.”

So, what advice does Ben have for those considering a career in marine science?

“Marine science offers incredibly rewarding and diverse careers. There is a lot of ocean out there and a lot we don’t understand. If we’re going to successfully balance how we use and how we conserve our oceans, we’re going to need skilled marine professionals,” he said.

“I’d encourage anyone considering marine science to think about all the opportunities a career in marine science could offer you. You might not want to be a marine scientist. Why not marine policy or law, marine education or communication, or marine logistics. All of these are parts of the marine science sector.

“But my biggest tip would be to grab a hold of opportunities that present themselves. Put your hand up and throw yourself in. You never know where something seemingly insignificant could take you.”

Sail away with our Marine National Facility

Previous post:
Beyond physical walls: five tips for a better normal in how we meet
Coming up next:
Four reasons insects could be a staple in Aussie diets, from zesty tree ants to peanut-buttery bogong moths