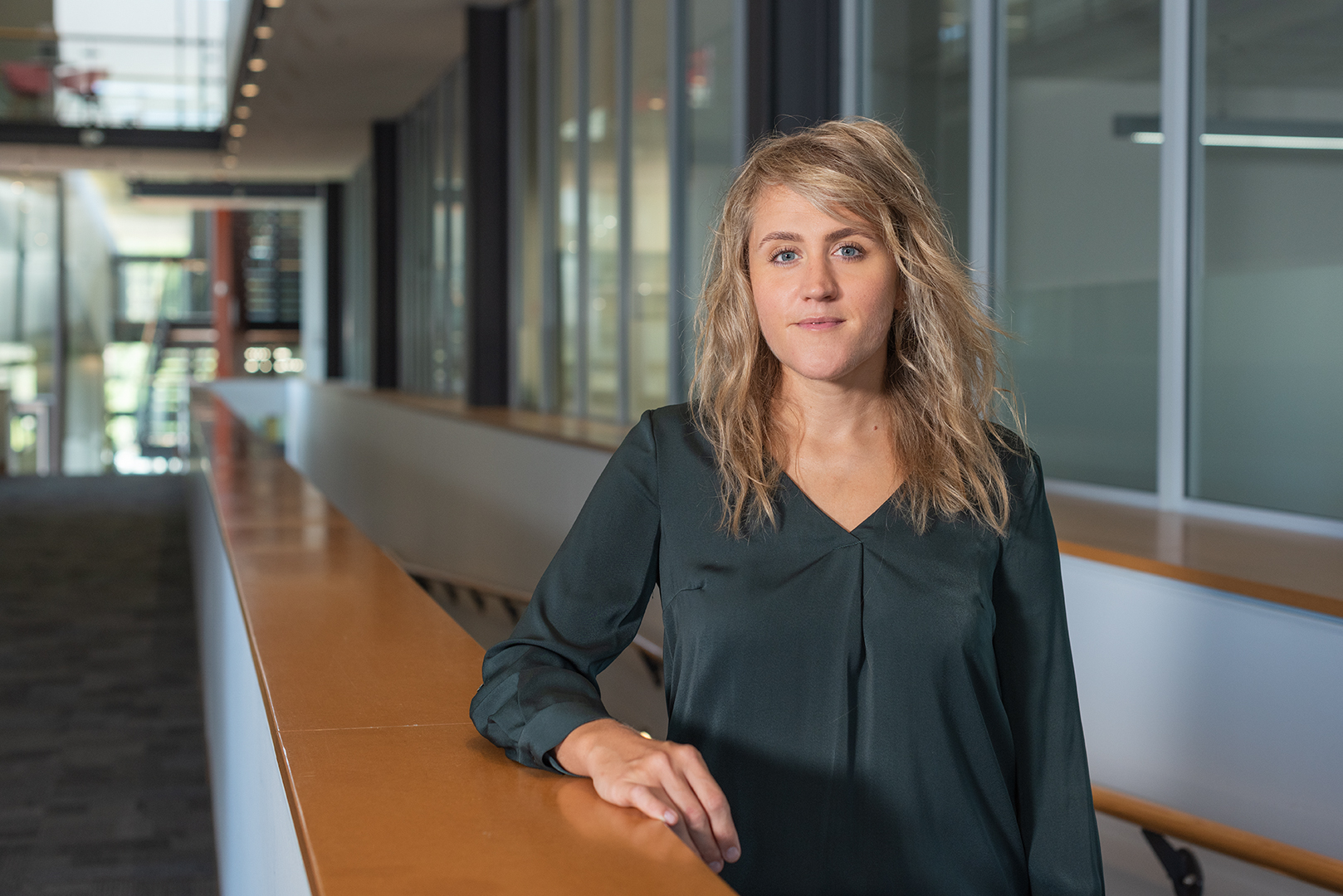 “I had no idea this would be my dream job!”

Dr Amy Parker had used satellite imagery as the basis of her research for a few years. But thinking about how to collect these images in space and get them back to Earth was a different matter. This led her to join CSIRO as a Satellite Operations and Data Manager. And now she’s leading CSIRO’s Centre for Earth Observation.

“It surprises people when I tell them what I do,” Amy said.

“They ask what a typical day looks like, and I find there are so many answers! That’s one of the reasons why I enjoy this role — it encompasses so many different things,” she said.

Amy has worked to establish our newest national research facility — NovaSAR-1. It stems from the Earth observation satellite (also called NovaSAR-1) that we purchased a 10 per cent share of on behalf of Australia. The facility provides the first opportunity for Australia to manage its own source of Earth observation data, from tasking to analysis. We refer to the operation of the satellite as ‘upstream’ capabilities. 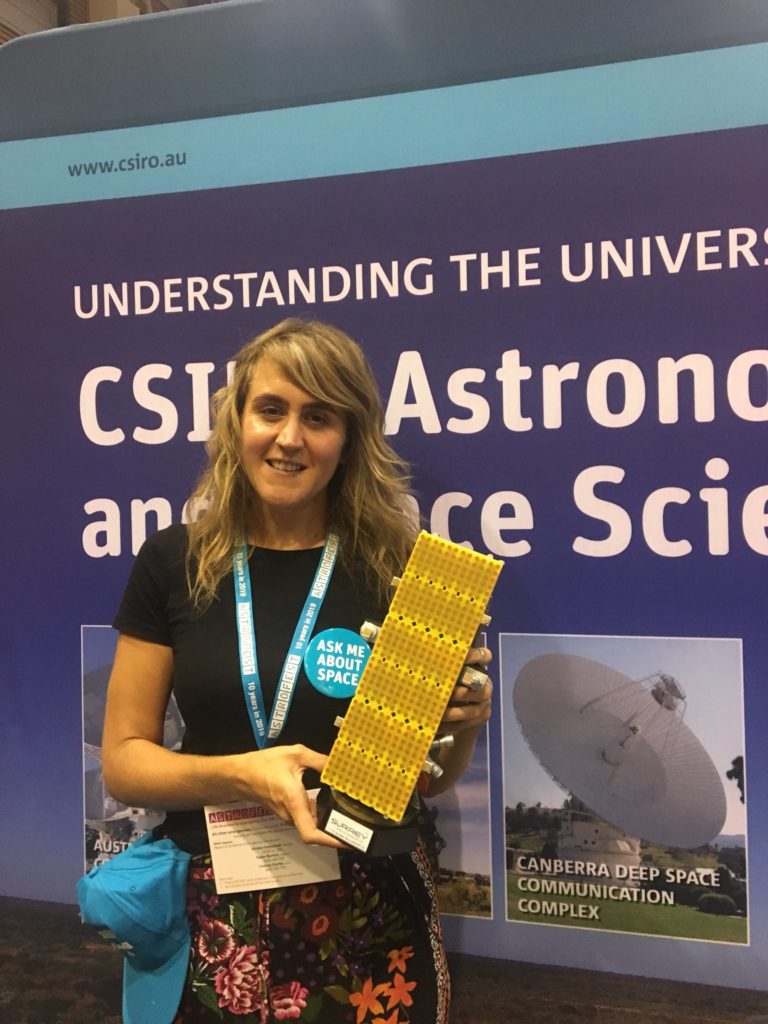 Dr Amy Parker uses a model of NovaSAR-1 to help researchers understand how the satellite works.

Using satellites to take the pulse of the Earth

Satellite data provides a unique vantage point and perspective to understanding how our world ticks.

Australia is one of the biggest users of satellite Earth observation data. The only way to see our vast country is from space.

Prior to joining our organisation, Amy was using a special type of satellite sensor — Synthetic Aperture Radar (SAR) — to measure the movement of the Earth’s surface.

“Since I was a kid, I’ve been fascinated by natural hazards. And it turns out that measuring the movement of the ground is actually a very powerful way of detecting and understanding natural hazards. Examples include things like volcanoes, earthquakes, landslides and human activities, such as mining and pumping of groundwater,” she said.

Using this approach as a low-cost tool for monitoring hazards, Amy’s research has spanned disaster risk reduction and response activities in Australia, Africa, Latin America, the Pacific and Asia.

Up- and down-stream Earth observation

In establishing the NovaSAR-1 facility, Amy combined her downstream expertise — using satellite data — with the upstream operations like tasking the satellite and managing the data.

“I think being able to combine those upstream and downstream elements of Earth observation is probably quite rare. Learning about satellite operations and the management of a space data facility has been a hugely rewarding challenge,” Amy said.

“Beyond the day-to-day tasking of the satellite and ensuring we collect, process and distribute data to users, my other responsibilities included negotiating contracts, setting up processes and procedures, and planning the best way to capture images as efficiently as possible to create opportunities for scientific impact.

“Communication is also a huge part of the role. We work with partners all over the world to raise awareness through outreach events, webinars and workshops,” she said. 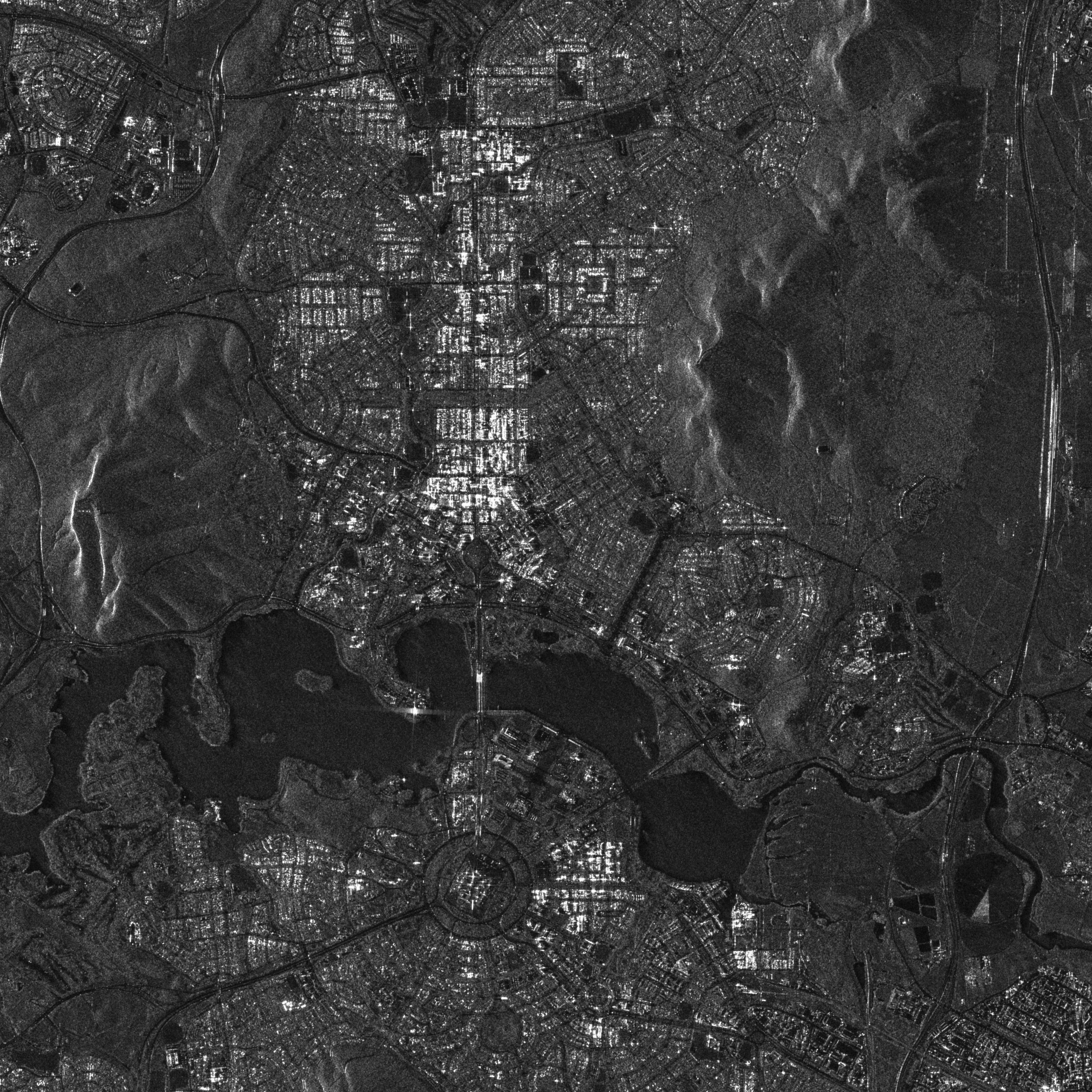 NovaSAR-1’s sensors can see through cloud, smoke and can even take images at night like this image of Canberra. Image: © SSTL 2021 NovaSAR-1 Level 1 Data

“The use of radar satellite data is quite limited in Australia. Partly because until 2016, there hadn’t been a lot of data collected over our continent,” Amy said.

This means there is untapped potential to use this type of data in our land management practices and for disaster management. In particular, the sensor onboard NovaSAR-1 operates at ‘S-band’, a frequency that is unique to other SAR satellites currently in space. Rather than looking at ground movements, important uses of NovaSAR-1 imagery will include studying vegetation, ship detection and assessing bushfires and floods.

“It’s an exciting time for the Australian space community. With NovaSAR-1, we are building important capabilities for the future. We’re learning to operate and manage satellites but also increasing the use and access of SAR data for applications in Australian science and industry.”

“If you’d told me as a teenager I’d be operating a satellite in the future I wouldn’t have believed you. I also wasn’t too sure what I wanted to do after school. But I chose subjects that interested me and a degree program that opened lots of doors and included international study,” she said.

Find out how you can make the impossible possible

Previous post:
Spotify playlist: The sounds of NAIDOC Week
Coming up next:
Debunking the myths of a low carb diet