European honeybees are beloved, yet our very own beautiful native bees don't get much attention. It's time to get to know our fuzzy friends a bit better and go on a wild native bee-hunting ride. 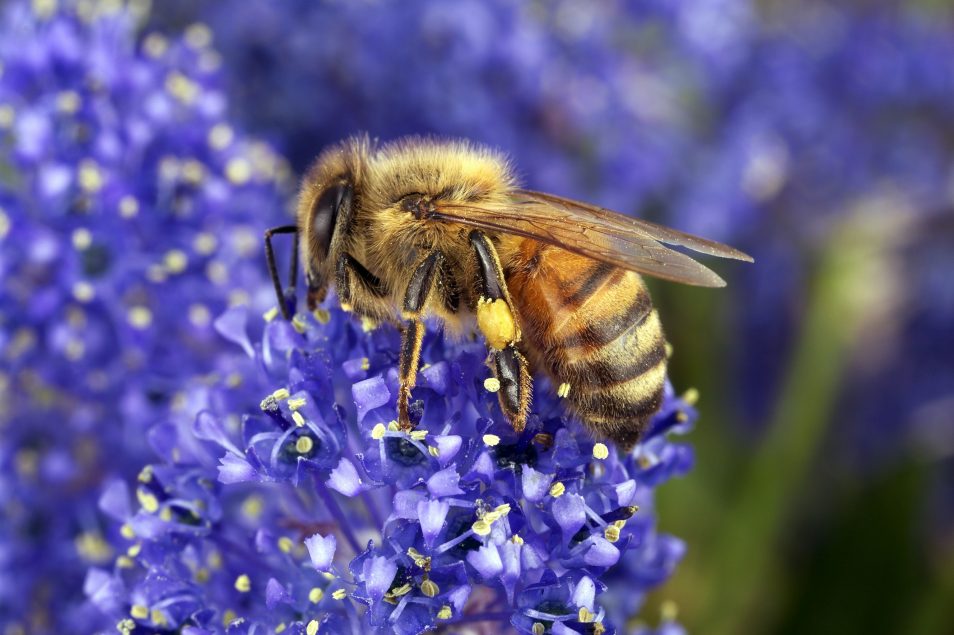 All bees look like this, right? Image: David McClenaghan

Think of a bee. You’re probably imagining a fuzzy yellow and black thing with a little stinger helping pollinate things. Well done! That’s a great description of the European honeybee, Apis mellifera, but try and imagine another bee… How about a native Aussie bee. Any ideas? No? Well, buckle up, buttercup, with help from our Guide to Native Bees of Australia, we’re going on a wild native bee-hunting ride.

Before you begin bush-bashing looking for bee’s knees, we want to blow your mind a bit. You know how bees and wasps are different, right? One is a fuzzy friend for flowers and the other is a murderous monster that stings forever, right? We hate to break it to you but in essence, bees are wasps. The main difference between bees and wasps isn’t structural, it’s behavioural. Bees are vegetarians whereas (almost all) wasps aren’t. A long time ago, an offshoot of hunting wasps in the family Sphecidae decided to change their hunting ways and become flower-loving vegetarians. Why? It’s still a mystery.

To be the best vegetarians they can be, the bee body has gone through some relatively minor adaptations from its waspy ways to improve their pollen and nectar collecting capacity. Their body hairs are branched (perhaps to hold pollen) and most female bees have dense sets of hairs, called scopae, that carry loads of pollen. Their stinger also went through a few changes – going from an attack weapon to a defensive device.

There are lots of great reasons to look after our native bees. Just like the European honeybee, native bees are proficient pollinators. There are around 2000 native bee species in Australia (that we know of) and while some aren’t too picky about which flower they frequent, there are many native specialists that are the only known pollinators of certain native plants. Without our special bees, the natural ecosystem could crumble into chaos.

The second reason you might want to look after our native bees? Lots of native bees have really cute fuzzy butts. Ahem, abdomens. Also, many native bees look like Christmas decorations with beautiful bright colours and iridescent rainbows in the sunlight. You still need another reason? Some male species of adorable bees sleep in flowers that close up overnight. Dang, if that’s not the cutest thing you’ve ever heard, perhaps we can’t be friends. 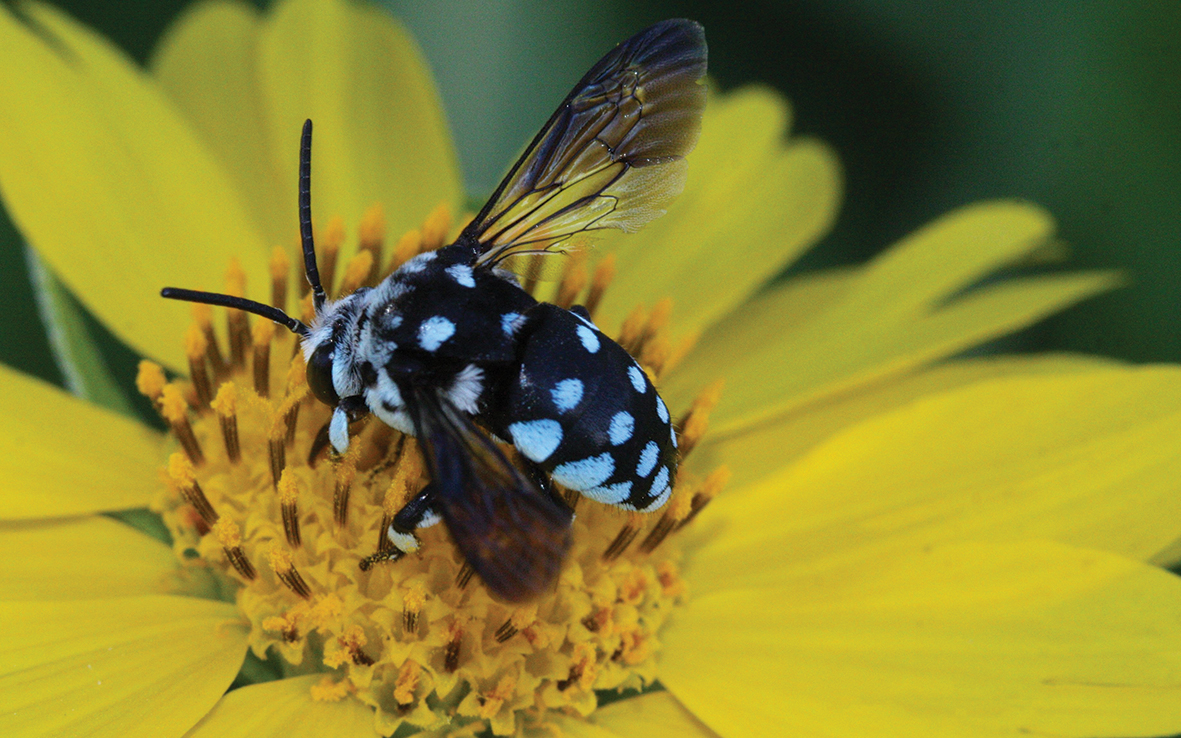 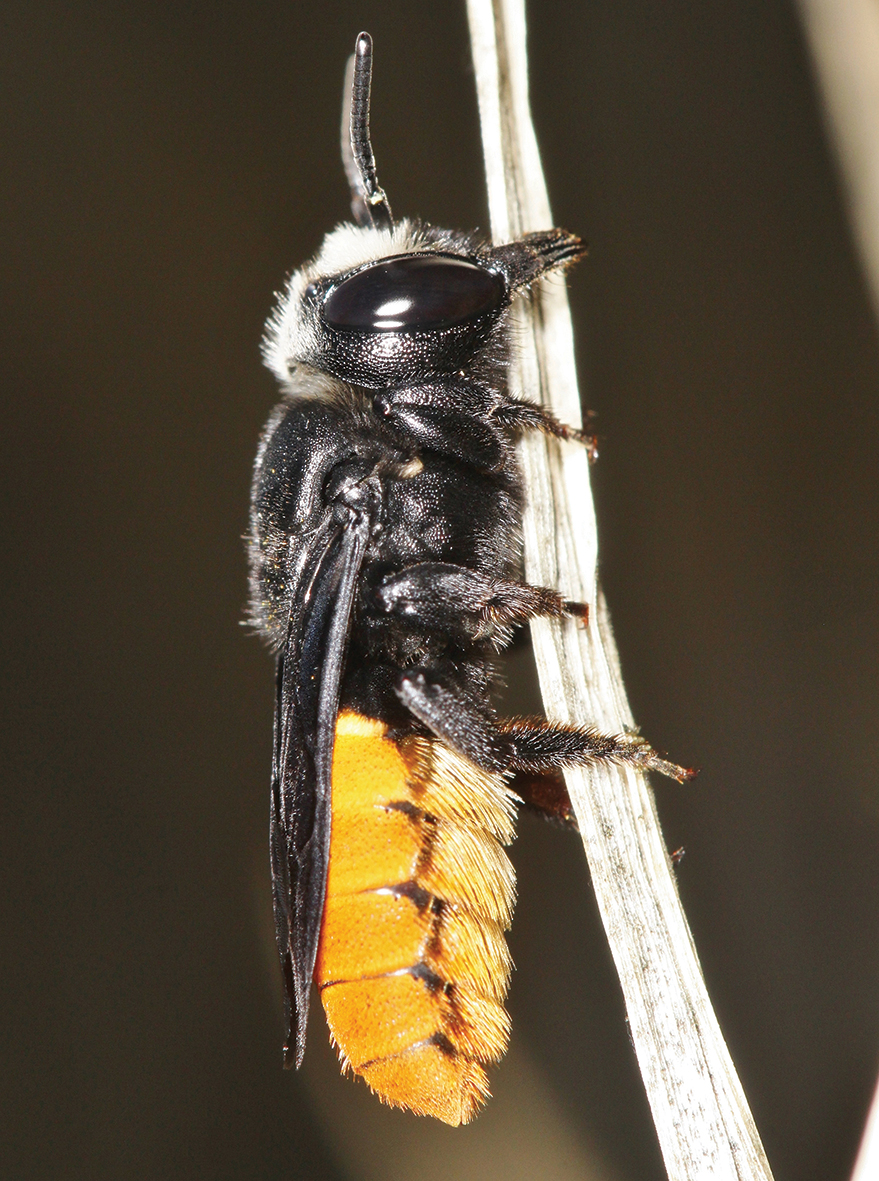 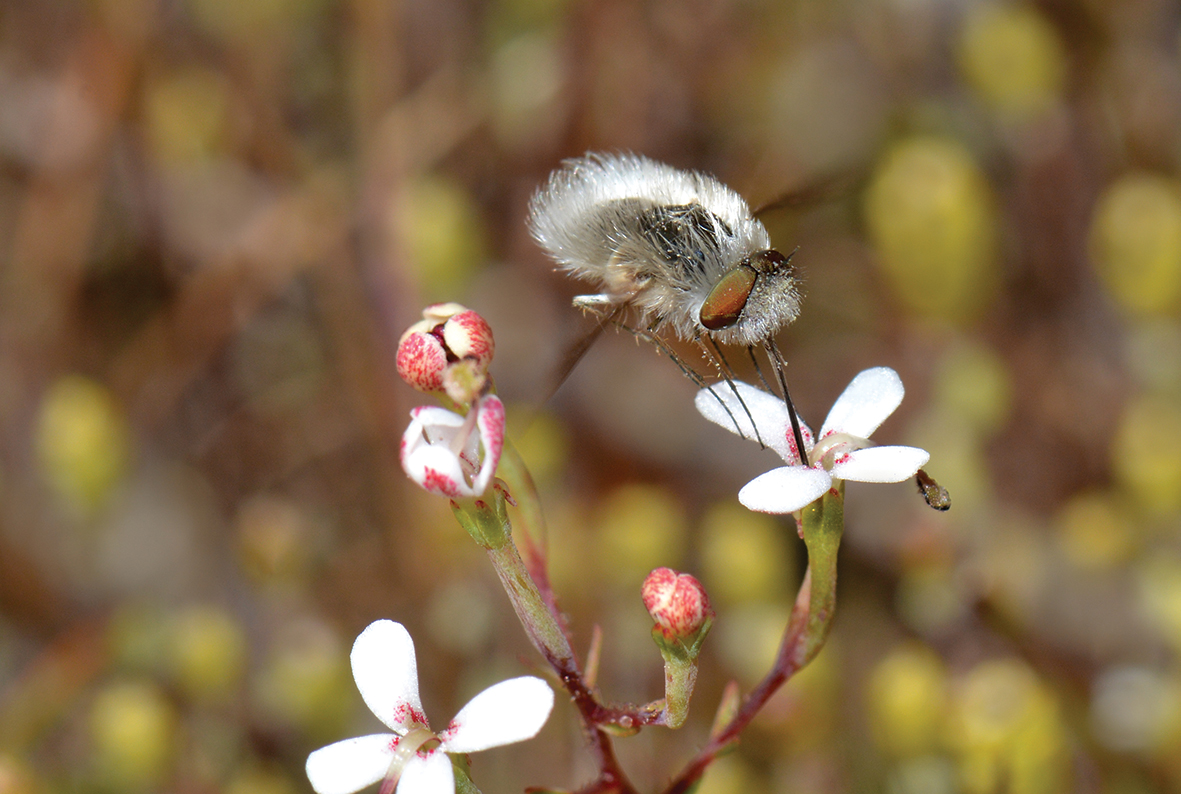 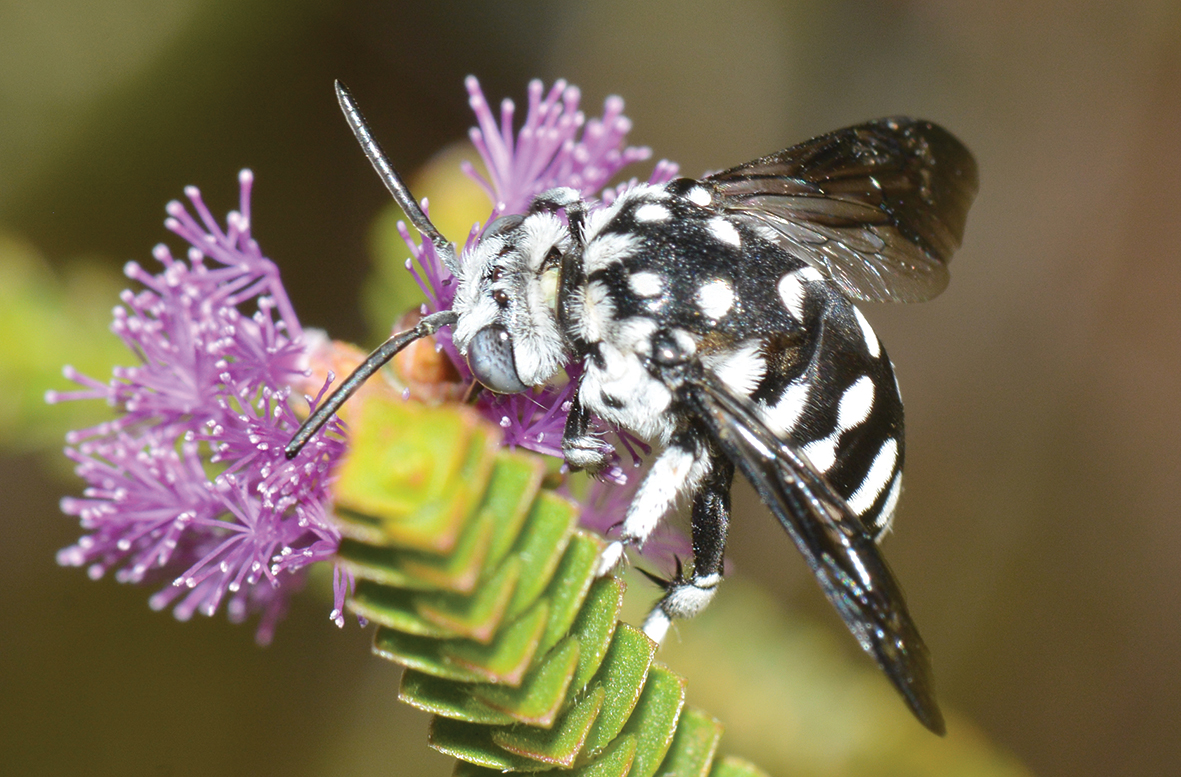 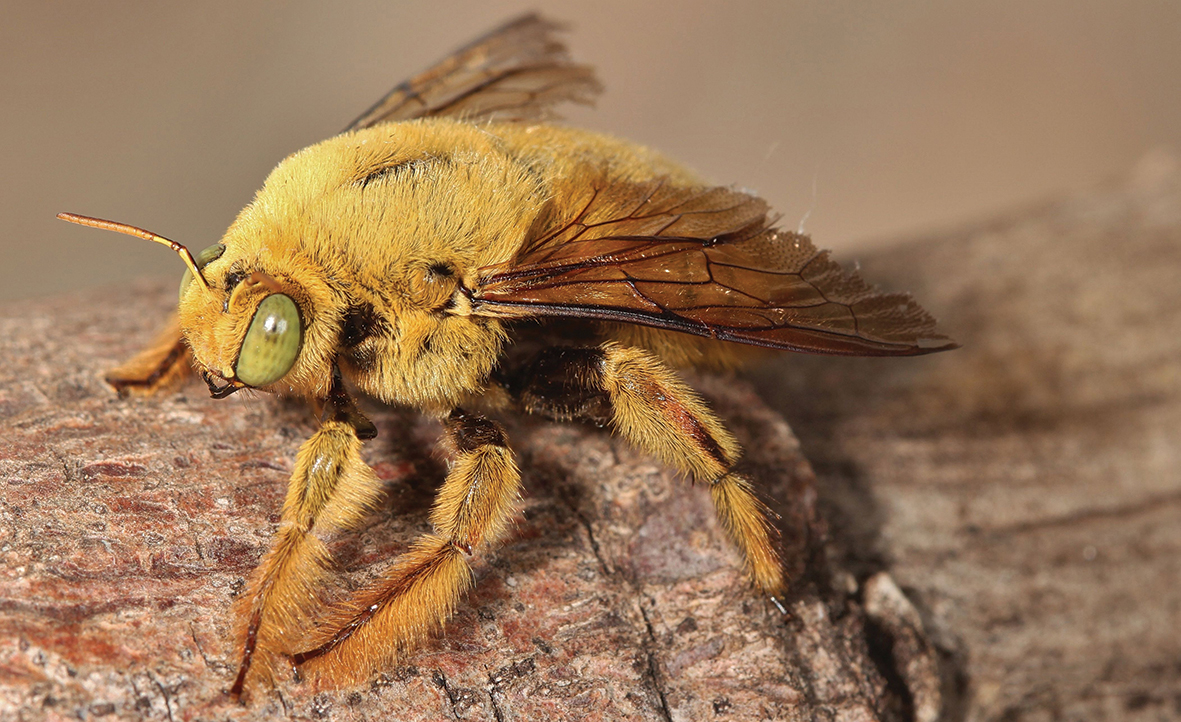 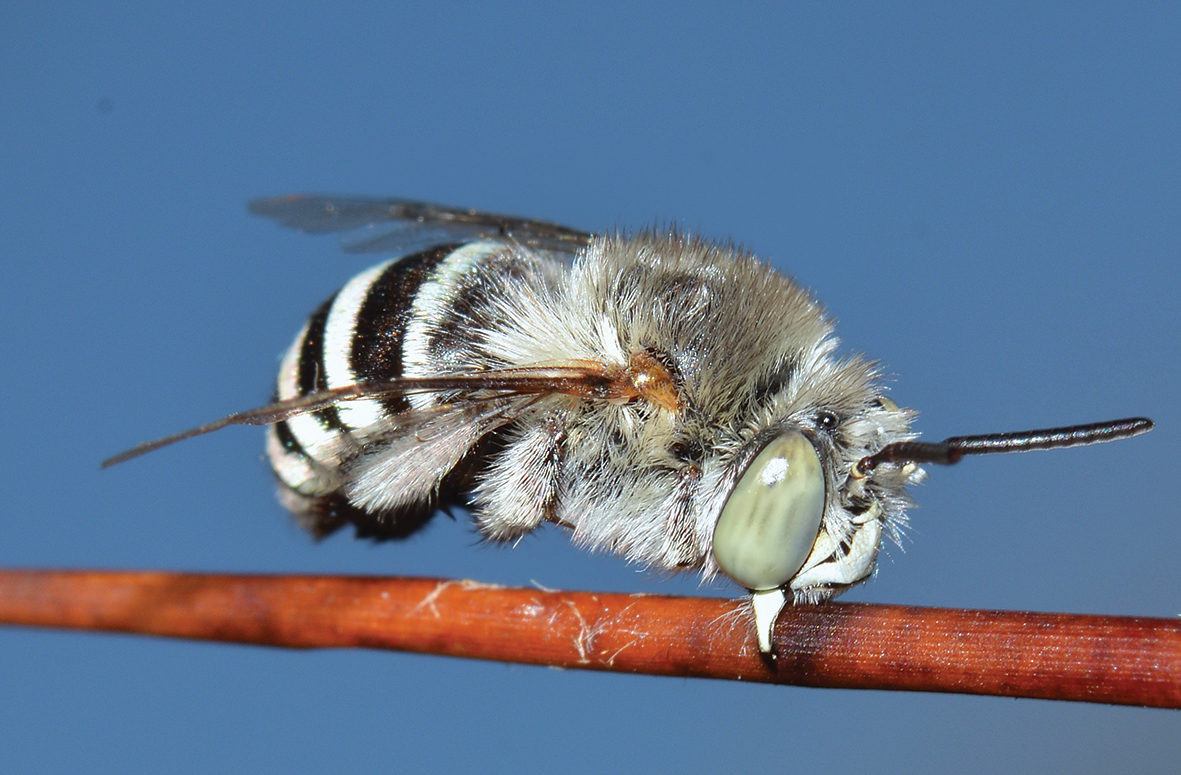 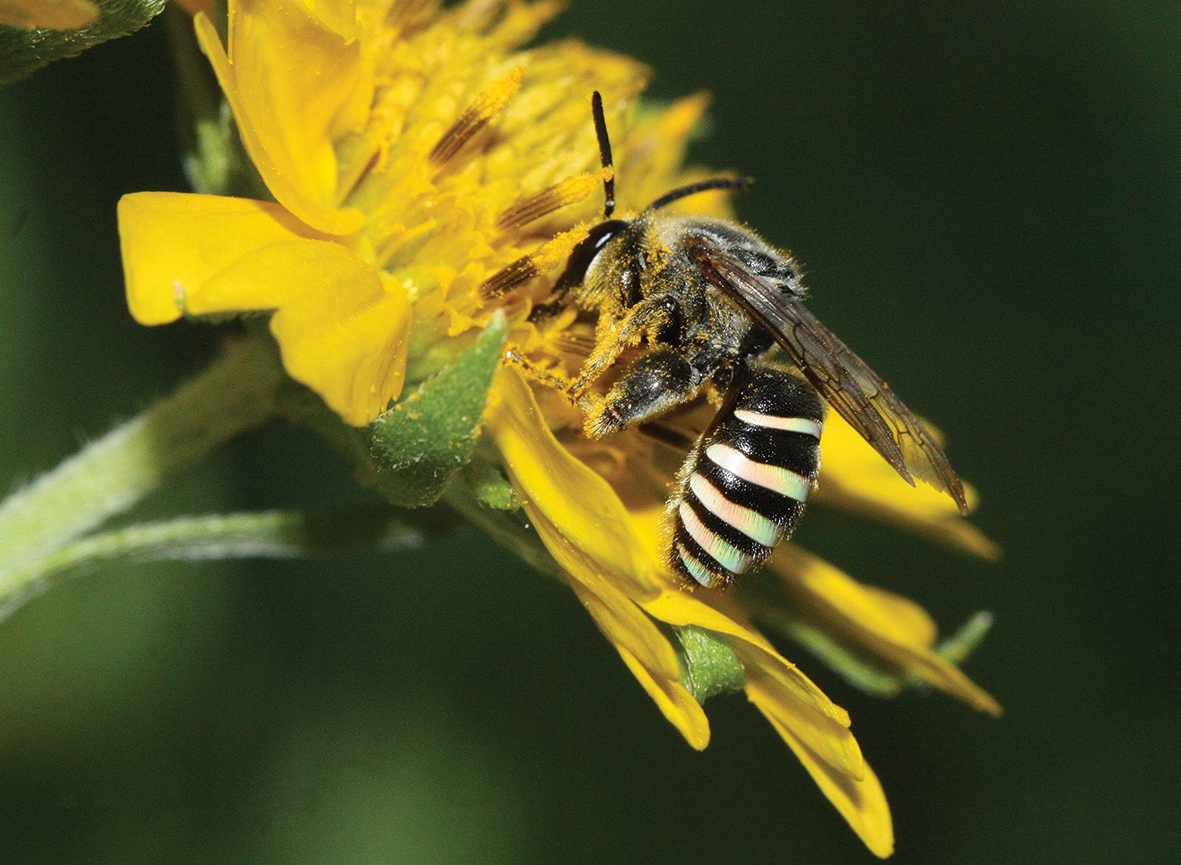 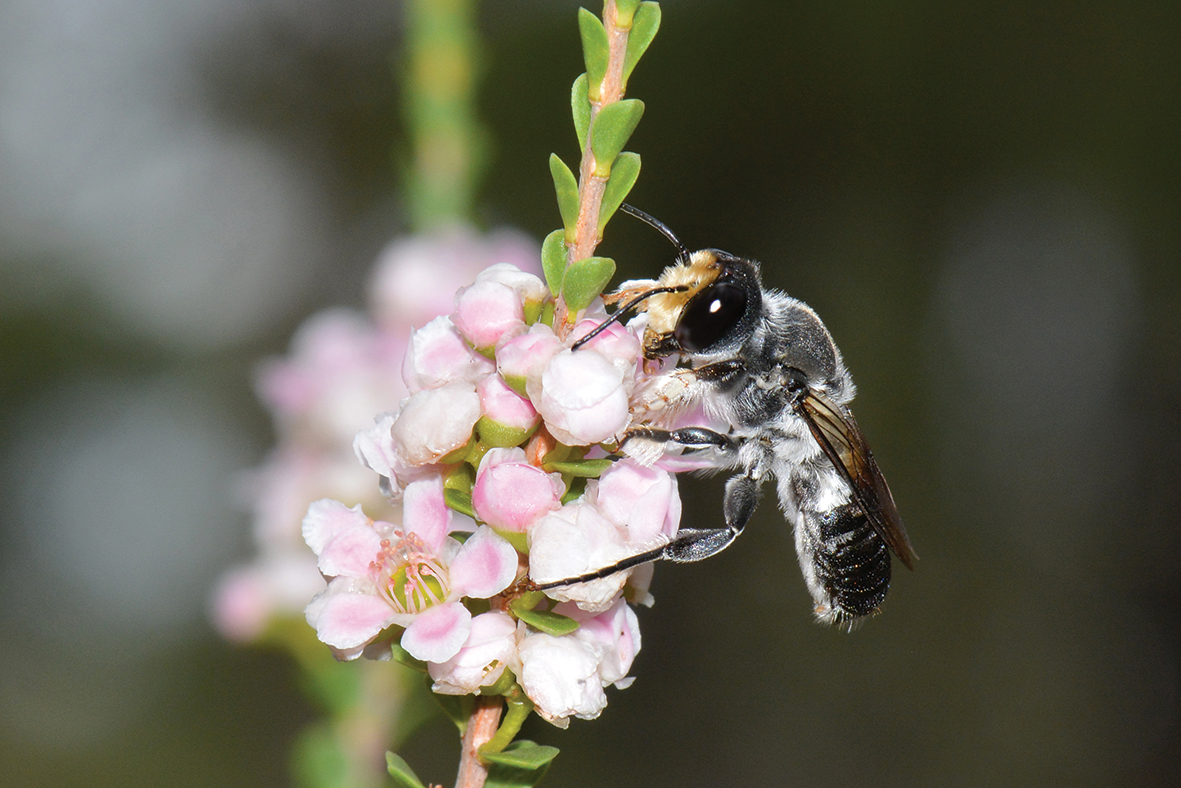 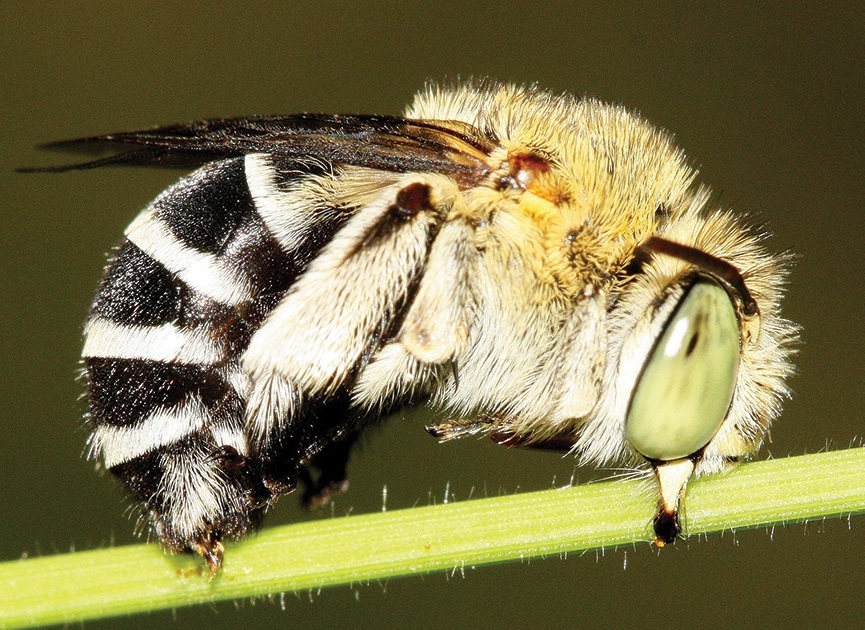 Did you know we have our very own native bee family?

The entire Stenotritidae (pronounced sten-oh-trite-i-dee) family are found nowhere else in the world. There are two genera (Stenotritus and Ctenocolletes) with only 21 known species in the entire family tree. To an untrained eye most species in this family just look like a bigger, fuzzier honeybee. The males are super-noisy fliers and are very territorial while looking for a mate (which is probably why their eyes are huge!). They are solitary bees and the females nest in the ground. Nests often have a loose soil door that they burrow through every time they want to get in or out. The entry leads to a deep corridor that ends in individual brood cells. The 11 species within the Stenotritus genus are found across most of mainland Australia (except for the Kimberley and Top End of the Northern Territory) and the 10 known species of Ctenocolletes are found in Western Australia, with one or two found occasionally in South Australia.

What about the rest of the bees? Well, over half of all Aussie bee species are part of the Colletidae family. Within that family, 385 bees (in the subfamily Euryglossinae) are scattered all over Australia but are found nowhere else in the world.

Sting in the tail

Beefore we leave you on your bee hunting journey, we should discuss native bee stings. Unlike the honeybee, native bee stingers aren’t a one-time-only affair. Yes, you read that right, native bees don’t leave their stinger in their victim. The good news? Native bees are very reluctant to sting (even if their nest is disturbed), and their stings are reported to be less painful than a honeybee’s. Because native bee stings are so rare, little is known about allergic reactions but as long as you don’t go out and start grabbing native bees with your bare hands, you should be right.

Our beeautiful native bees are as diverse in their habitats as they are in their appearance. From sand dunes to tropical rainforest, you can find bees in almost all parts of Australia. While highly social bees are usually active all year round, many Australian bees are solitary (each female creates her own nest without any help) and tend to have limited seasons of activity. As you might expect, many floral specialists are most active when their flowers are in bloom. Bees are like people; they don’t want to be out working when the weather’s bad. So, regardless of your location in Australia, if you go outside on a nice sunny day with low winds and pick a cosy spot near some native flowers you’ll be in for a beautiful sight. If you live somewhere particularly dry or hot, your best bee spotting time is at dawn before all the nectar dries up.

How can you tell if it’s a bee, wasp or fly? The answer’s simple really, if the bug has bags of pollen on its back legs or under its abdomen, it’s a bee. Lots of insects will accidentally collect pollen on their adventures but female bees are the only ones who will concentrate the pollen in those places. Some flies are great mimics of bees and wasps (if you didn’t have a sting to defend yourself, why wouldn’t you pretend!?) but a quick and easy way to see if they’re flies is to count their wings. Bees have two sets of wings and flies only have one set.

So what are you waiting for? Go out and start spotting. Oh, and take a camera with you! Because few native bees have been studied in detail, there’s a good chance you could make history and discover something amazing, like Queensland Rail employee Laurence Sanders did earlier this year.

Once you’ve found a bee, identify it with your own copy of the Guide To Native Bees of Australia